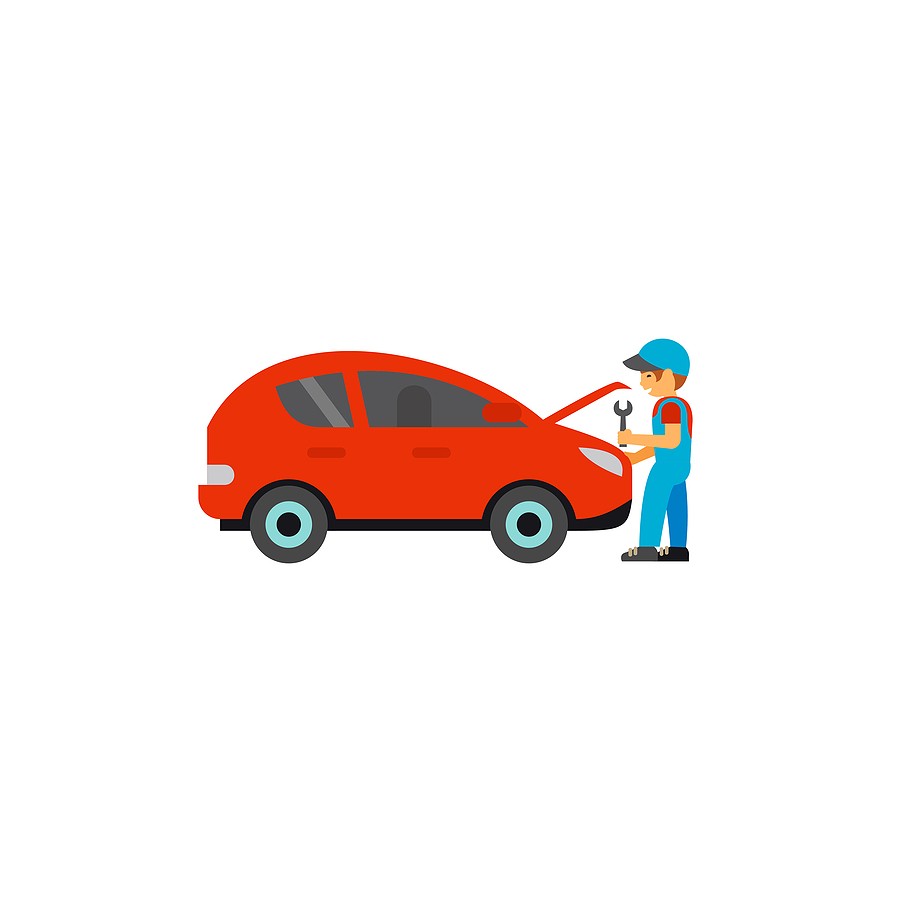 On average, the price of the radiator flush cost typically runs on average between $100 and $150, with the price being dependent on various factors, like where you bring your car, what shop you use, and the make, model, and year of your vehicle. This can include four gallons of coolant, cleaner, and a conditioner in the total radiator flush cost.

The typical price for the radiator flush cost at a standard mechanic shop, like your local store, will typically run between $54 and $144, with the average price coming out to $99 as the median price. The type of the vehicle and the amount of coolant needed in your car can later the total radiator flush cost and what you will spend.

Why do I need the radiator flush?

When you use your car on a regular basis and you drive to work or school and back every single day, and you take your car on longer trips like vacations and road trips, you will eventually add some mileage on your car. This performance in your car leads to certain deposits that begin to build up within the radiator system of the car. This causes blockages due to the debris and contaminants that build up in the tubes, leading to the circulation of the coolant much less efficient since it has to work around the blockages and utilize the thicker fluid in the tubes. The average radiator flush cost is around $209.

If this happens, the engine gradually becomes hotter and hotter while it is being driven and used every day, with this extreme wear and stress eventually causing damage to the engine itself, sometimes leading to a replacement. The radiator flush can help to prevent this issue of debris buildup within the radiator system. This procedure involves draining the old coolant from the radiator and replacing it with a special mixture of coolant, detergent and water. If the engine has gone past the point of repair, the total radiator flush cost will be very high.

This mixture of coolant, detergent, and water goes through the cooling system of the engine, with this combination of fluids in charge of gradually removing any debris or contamination built up within the radiator channels. This mixture is then drained from the engine and the standard mixture of water and coolant is replaced with the clean liquid.

Many mechanics will usually offer this radiator flush as just a one time procedure, or part of a general and scheduled service that includes the typical check up and maintenance of your vehicle that is performed after a certain amount of set time depending on your car and your manufacturer. This procedure can take a few hours to do, which is why you should leave the process to a skilled mechanic and expect to pay more for the labor costs than you would for the cost of the parts.

What does a radiator flush do?

While we know that the radiator coolant is very important to the correct functioning of your engine and your vehicle as a whole, like all other fluids that are running through a car system, this coolant radiator fluid is still highly likely to build up of contaminants and debris over time and prolonged use, making the mixture dirty, debris-filled, and sludge-like. Over time and after prolonged use, the radiator coolant can lose its performance characteristics, generate radiator corrosion, generate rust, and cause other debris to accumulate which you will not want in your car’s radiator or engine. The buildup of debris can influence the overall radiator flush cost.

A coolant flush can help diagnose and fix the problem of the debris build up on the system and lower the total radiator flush cost. This is basically an exchange of liquids that are being moved and transported throughout your cooling system, with the radiator flush causing many gallons of cleaner and new antifreeze through the radiator system to get rid of the old antifreeze the contaminants that may have built up and caused a lack of performance in the radiator system.

Just doing the process of draining the radiator might get rid of the majority of the antifreeze that has gathered where it shouldn’t be housed, but it could also leave some coolants and debris behind that can build up and cause performance issues and a higher radiator flush cost. The contaminants that are remaining and left behind after the radiator flush can mix with your new antifreeze, causing excess friction, overheating and excess stress. To get a full flush, you need to remove all of the unwanted debris and the old liquid so that the old antifreeze does not mix with the newer antifreeze.

If you do decide that it is the right decision to go to a mechanic and have them professionally do the flush and calculate the overall radiator flush cost instead of doing it yourself, then you need to make sure that the mechanic also performs a full cooling system inspection on your car. This process is a good choice to perform along with the radiator flush in order to find any potential leaks within the system that might need to be fixed at the same time.

How do you know WHEN you need a radiator flush?

There are numerous signs that can show you it is finally the right time for you to get the radiator flush and determine the overall radiator flush cost. If your car is overheating regularly from the engine, this generally means that there is a leak in your coolant system or the coolant is contaminated, containing debris or sludge and is not working correctly.

If your coolant level seems pretty full in your radiator even though your engine is generating friction and overheating, then it might be a good idea for you to determine the overall radiator flush cost and flush the radiator before anything gets worse.

What are the steps to a radiator flush?

Getting your radiator flushed by a mechanic should, on average, cost you as the owner less than $40, no matter what location or mechanic you go to, making this a relatively inexpensive and cheap price. If your mechanic has told you it is going to be much more, or you would rather just do it yourself since you have the knowledge and the tools, we are going to give you the steps on how to perform the radiator flush.

The first step is to open the radiator cap and the coolant reservoir cap to access the proper areas for the radiator flush. Then, you need to locate the radiator drain by referring to your owner's manual that refers to your car’s special model, make, and year. Place the container that you will use to collect the flushed out old antifreeze underneath of the drain so that it does not spill on the floor.

Once the container is positioned under the correct spot of the car and you have it moved to the right spot, you can then open the drain and let the fluid come out. Then, force the antifreeze out into the container by just opening the drain.

After you have done this, pour in your radiator flush as directed by the instructions on the mixture and fill the rest with water to about an inch below the top of the radiator opening. You can purchase a radiator flush liquid that can help you clean the entire system in less than 3- minutes and reduce the overall radiator flush cost.

What if you do not flush your radiator?

If a mechanic has told you to your face that as the owner of your vehicle you need to flush your radiator since you are experiencing difficulties and performance issues with your car, like leaks, coolant issues, steam emerging from the car, rapid overheating and friction buildup, and strange odors that you can smell coming from under the hood, then flushing the radiator will mean that you do not he to continue suffering these issues and your car’s performance will get better once you do the radiator flush.

Although we know that a radiator flush is very minor, cheap, and inexpensive compared to other options when you are doing it yourself like an engine replacement or transmission, this can be somewhat pricey if you are bringing your car to a specific mechanic so they can do it themselves. We have looked up the top sample radiator flush costs so that you can determine how much you might have to pay at your local mechanic switch the parts they have.

First, your mechanic will generally charge you anywhere between $240 and $980 for both the parts and labor costs of this procedure and giving you a 12 month warranty, ensuring the radiator flush cost is not more than $1,000 at the high end of the spectrum.

Next, you can check various chain stores to see what store offers the right price for you. The first option is Midas. Midas can offer a range of between $275 to $1,100 for the radiator flush cost, including parts and labor. Mr. Tire has similar pricing, ranging between $260 and $1049 for the overall radiator flush cost.

NAPA has a more extensive and wider reaching price range, going all the way up to the high end of the price spectrum and coming in at $1199 for the radiator flush cost, while Walmart has a much more inexpensive offering, but only provides the parts for you to bring to your mechanic or preform the do it yourself option. Walmart’s pricing comes in at between $112 and $879 for the total radiator flush cost. Amazon has similar pricing to Walmart, since it offers parts, and comes in at between $110 and $949.

To give you an idea of how much you will have to pay for your total radiator flush cost, we have offered some sample prices from popular car makes and models on the market so that you can determine how much you might have to spend according to the cars that are frequently on the road today and bought by consumers and car owners.