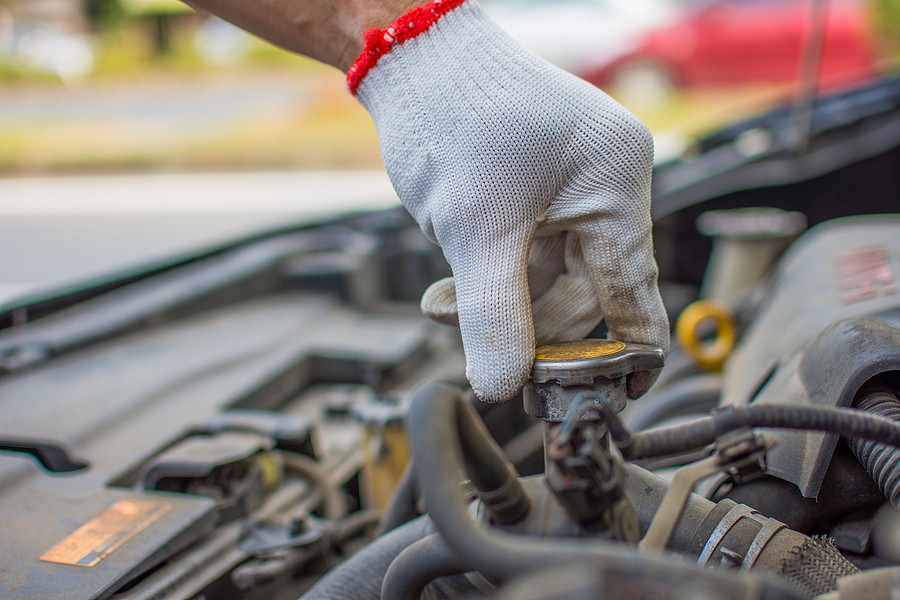 Once you use your car on a regular basis and you drive to work and back every day, you drive to school and back every day, and you add some mileage on your car, deposits begin to build up within the radiator system of the car. This causes blockages due to the debris built up in the tubes, which makes the coolant’s circulation less efficient due to the blockages and the thicker fluid in the tubes. The average radiator flush cost is around $209.

If this happens, the engine gradually becomes hotter and hotter and can eventually damage the engine itself. The radiator flush can help to prevent this issue of debris buildup within the radiator system. This procedure involves draining the old coolant from the radiator and replacing it with a special mixture of coolant, detergent, and water.

The mixture of coolant, detergent, and water goes through the engine’s cooling system; this can gradually remove any build-up within the radiator channels. This mixture is then drained from the engine and the standard mixture of water and coolant is replaced with the clean liquid.

Many mechanics will offer this radiator flush as just a one-off procedure or part of a general service that includes the regular check-up and maintenance of your vehicle. This procedure can take a few hours to do, which is why you should leave the process to a skilled mechanic and expect to pay more for the labor costs than you would for the cost of the parts.

The extra time that the labor will have to take into account is leaving the engine to cool initially, running the engine with the detergent mixture through the car, and running the heating system at the highest setting to determine the radiator’s issues flush. The engine will then need to cool completely before the radiator mixture can be drained and the standard fluid is put back in place, determining the overall radiator flush cost.

As with all of the auto services that need to be performed in your car, the owner’s manual can tell you how often you need a radiator flush, or your mechanic can let you know about the timetable you should follow. As a general rule, you should at least get a coolant flush about once every 30,000 miles or every five years of driving the car.

A coolant flush can resolve the problem of the debris build-up. This is basically a change of liquids that are being circulated throughout your cooling system, with the flush forcing several gallons of cleaner and new antifreeze through the radiator system to get rid of the old antifreeze the contaminants that may have built up and caused a lack of performance in the radiator system.

Simply draining the radiator might get rid of most of the antifreeze that has accumulated where it shouldn’t, but it could also leave some coolants and some debris behind that can build up and cause performance issues. The contaminants that are left behind after the radiator flush can mix with your new antifreeze and cause overheating and friction creation. To get a full flush, you need to remove all of the unwanted debris and the old liquid so that the old antifreeze does not mix with the newer antifreeze.

Several signs can show you that it is the right time for you to get the radiator flush and determine the overall radiator flush cost. Suppose your car is overheating regularly from the engine. In that case, this generally means that there is a leak in your coolant system or the coolant is contaminated, containing debris or sludge, and is not working correctly.

Suppose your coolant level seems relatively full in your radiator even though your engine is generating friction and overheating. In that case, it might be a good idea for you to determine the overall radiator flush cost and flush the radiator before anything gets worse.

If your mechanic has told you it will be much more, or you would rather just do it yourself since you have the knowledge and tools, we will give you the steps on how to perform the radiator flush.

The first step is to open the radiator cap and the coolant reservoir cap. Then, you need to find the radiator drain by consulting your owner's manual that refers to your car’s special model, make, and year. Place the container that you will use to collect the flushed out old antifreeze underneath the drain so that it does not spill on the floor.

After you have done this, pour in your radiator flush as directed by the instructions on the mixture and fill the rest with water to about an inch below the top of the radiator opening. You can purchase a radiator flush liquid, like Hy-per Cool Radiator Cleaner and Super Flush, which can help you clean the entire system in less than 3- minutes and reduce the overall radiator flush cost.

Then, close the caps and run the engine for ten minutes or so with the heater on full blast. Once you have done this, allow the engine to cool down, drain the radiator again, and refill the system with water and repeat the entire process again to clean the radiator system.

Once you have repeated the steps, drain the radiator once more, and this time you can add the new antifreeze to complete the radiator flush. Completing these steps in the proper order can keep the total radiator flush cost at the average level without adding any extra costs!

Although we know that a radiator flush is virtually inexpensive compared to other options when you are doing it yourself, this can be somewhat pricey if you are bringing your car to a mechanic so they can do it themselves. We have looked up the top sample radiator flush costs so that you can determine how much you might have to pay.

First, your mechanic will generally charge you anywhere between $240 and $980 for both the parts and labor costs of this procedure, ensuring the radiator flush cost is not more than $1,000.

To give you an idea of how much you will have to pay for your total radiator flush cost, we have included some sample prices so that you can determine how much you might have to spend according to popular car models on the market today.

If a mechanic has suggested to you, like the car owners that you need to flush your radiator, you may be experiencing difficulties with your car. If you have leaks, coolant issues, steam emerging from the car, rapid overheating and friction buildup, and strange odors that you can smell coming from under the hood, flushing the radiator will help. Doing a radiator flush means that you do not have to continue suffering these issues and your car’s performance will get better once you do the radiator flush.

Suppose the radiator flush will be able to solve these problems for a very low cost, especially in terms of other replacement and repairs on your car. In that case, it is much better to do it as soon as possible instead of waiting for issues to get worse, either in your engine or your transmission.

Eventually, this kind of build-up will lead to other issues, like a higher radiator flush cost, gasket damage, coolant leaks, overheating, and various issues within the transmission and engine system. It is much better to do the radiator flush when your mechanic or manual recommends it, instead of after the damage has continued to wreak havoc.