Prius Battery Replacement Cost: Is It Worth It? 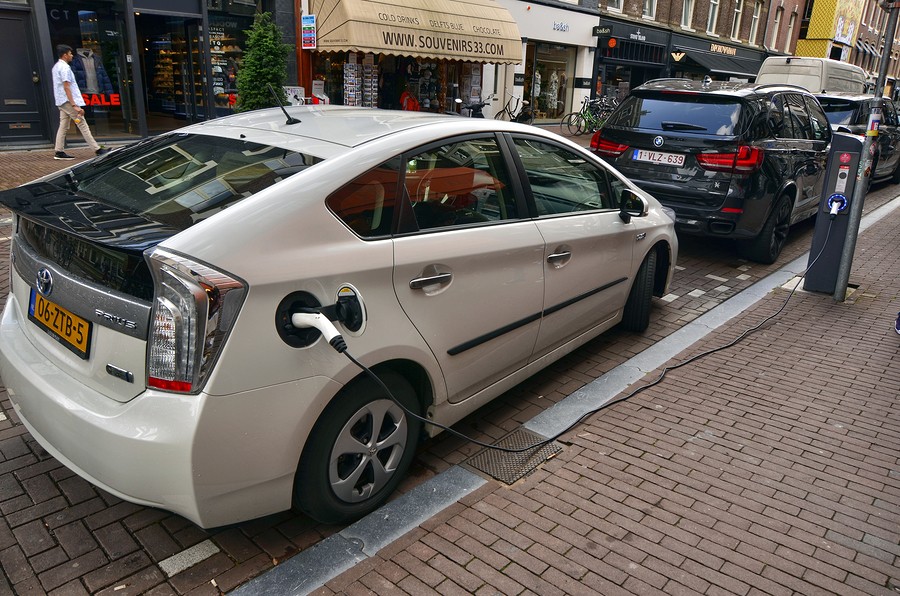 Believe it or not, the fuel-efficient Toyota Prius has been on the market in the United States for over 20 years. This full hybrid electric four-door sedan has been popular among drivers for decades and continues to be a favorite among new car buyers, both young and old.

The benefits of driving a Toyota Prius are numerous, and include:

While many owners of the original 2000 Toyota Prius vehicles are enjoying the same gas mileage as they did when they were brand new, the traction battery packs inside the earlier models are reaching the end of their estimated 10 year, 300,000 mile lifespan.

If your Toyota Prius car’s battery pack dies before the 150,000 (or 100,000) mile warranty expires, the auto manufacturer will replace it for free. But if your vehicle’s warranty is up, you’ll join the 500 or so Prius owners every month experiencing the same dilemma.

When decreased performance and a dashboard warning light signal it is time to visit your Toyota dealership, you have to make a tough choice. Do you buy a new battery pack? Or do you buy a new car?

Thankfully, we’ve got you covered. Here’s everything you need to know about Toyota Prius battery replacement costs.

A hybrid car battery is like any other battery. However, it is rechargeable and has enough juice to keep your car chugging along for mile after mile.

A hybrid vehicle utilizes a combination of an internal combustion engine and a battery electric drive system to deliver great fuel economy and drastically reduce emissions.

The Toyota Prius car’s electric motor powers your vehicle, drawing power from the battery. When driving 15 miles per hour or below, the car will only use the electric motor for power. When you’re cruising down the highway at a normal pace, only the gasoline engine is used.

During heavy acceleration, the hybrid car’s electric motor and gasoline engine will work together to increase power to the wheels. This is possible because of the power-split transmission, which combines the torque that each system puts out.

When you apply pressure to the brakes to slow down or come to a stop your Toyota Prius will utilize a clever system known as “regenerative braking.” Since the car is slowing down, it won’t need to keep the electric motor or gas engine running. Your car will stop delivering power to the wheels and enables the spinning wheels to power its generator. This then creates electricity that is stored in the battery to use at a later date.

When your car comes to a complete stop, both the gas engine and the electric motor will turn off. The Toyota Prius hybrid will use the battery power to run its auxiliary systems, including the radio, cabin light, and air conditioning or heat.

How Long Does a Hybrid Battery Last?

The life of your Toyota Prius battery is not definite because it depends on how far you drive and the conditions that you are driving in. However, the battery warranty will last for either 10 years or 150,000 in states that have California emission laws. In all of the other states, coverage on your Toyota Prius battery is goof for 100,000 miles or eight years. This means that if your battery dies within the warranty period, you will receive a new one with no out-of-pocket costs.

How Does a Toyota Prius Compare to Other Hybrids on the Market?

Despite the Toyota Prius hybrid being one of the first widely marketed and popular hybrid vehicles, there are plenty of other hybrid options available on the market today, in a wide array of makes and models. So, how does the Toyota Prius stand up to its competitors? Firstly, you need to know that there are two types of hybrid vehicles, including full hybrids and plug-in ones.

The main difference between these two types of hybrids is the way the battery charges. A full hybrid charges from a huge battery pack that draws power from the gasoline engine and the brakes. The plug-in hybrids can be just that, plugged in.

The Toyota Prius’ battery is made up of 28 Panasonic nickel-metal hydride modules, each containing six 1.2-volt cells. Connected in a series, they will produce a total of 201.6 volts. This is compared to the Lexus RX 400h which can deliver 500 volts.

There are over 1.3 million Toyota hybrids on U.S. roadways, indicating that the number of failing battery pack incidents will rise dramatically during the coming years. But what are the warning signs that drivers should keep an eye out for that show their battery is dying?

Here are some symptoms of a failing Toyota hybrid battery to keep an eye out for:

If you notice any of the above signs or symptoms, you should take your car into a hybrid mechanic right away for a proper diagnosis and repair.

It’s important to do your homework and to shop around for the best prices in your area. Additionally, you may want to consider upgrading to a new Toyota Prius model because it will run like new for many years to come.

If you decide that’d you like to replace the battery, you need to bear in mind that you’ll be paying much for than the cost of the actual battery. You will also need to factor in labor costs, as well as any additional fees that your mechanic might charge.

Labor fees will be pretty hefty due to the specialized nature of working on a Toyota hybrid battery. Keep in mind that the cost of labor will account for the many years of specialized training that the mechanics had to undergo in order to properly replace your Toyota Prius battery.

The amount of time it takes to replace your battery will directly affect the costs of labor. Generally, it takes about two to three hours to replace a Prius battery.

Why is a Toyota Prius Battery So Expensive?

You may be asking yourself why is the cost so steep for a new Prius hybrid battery. The simple answer to this question is that hybrids have one-of-a-kind batteries and other mechanical components. The Toyota Prius hybrid car runs on two kinds of energy, including an electric motor and the traditional combustion engine. Furthermore, they need a hybrid battery pack to store extra energy.

Due to this, a Toyota Prius car’s mechanical parts are extremely complex. They are also costlier to produce. This is because the parts are often produced in small quantities.

Is My Battery Still Covered Under Warranty?

Before you consider replacing the battery on your Toyota Prius, you will want to check if the dead battery is still covered under your warranty. If it is, the warranty will cover the replacement costs for a new battery.

You may also have an extended battery warranty. For instance, a new Toyota Prius vehicle will have a warranty for up to 100,000 miles or eight years, whichever one comes first.

If you find yourself needing to replace a dead Toyota Prius battery, there’s one silver lining from Toyota, known as core credit.

This is the sum deducted from your new batter pack MSRP for returning the old one to be recycled. Not only will it keep more green in your wallet, but it will make the planet a little greener as well.

The only additional cost you will need to pay is labor. This will vary depending on the make and model of your vehicle, as well as where you decide to get your car battery replaced.

Here is a list of all MSRP battery cost details for the various Toyota Priuses offered since 2001:

Each of the aforementioned prices will be reduced by a $1,350 core credit for the old battery pack that is being replaced, which the dealer will then recycle through the long-established Toyota program.

How to Make a Toyota Prius Battery Last Longer

There are some simple steps that you can take to extend the life of your Toyota Prius’ battery. These include:

There is an Alternative

If you think that the cost of a Toyota Prius battery replacement is too high, there is an alternative.

You do not have to keep your old car. But what do you do with it? Many people won’t buy a car with a dead battery.

Thankfully, we here at Cash Cars Buyer will give you a guaranteed offer on your Toyota Prius vehicle. This will be based on its make, model, year, and condition that it is currently in. When you accept our offer, we’ll pick up your car free of charge and give you money in return.

You can then use that cash as a down payment on a new vehicle that has a working battery.

While the Toyota Prius hybrid is a great car to drive and has excellent gas mileage, it can cost a lot to replace the battery if it’s not covered under warranty.

Be sure to look out for the warning signs of a dying battery and keep up on your vehicle’s routine maintenance to ensure it lasts for as long as possible.

PrevPreviousCash for Junk Cars in Charleston, SC: What You Need to Know To Sell Your Junk Car
NextCash For Junk Cars Cleveland, OhioNext