Pontiac engine repair cost – You could pay $4,000 for an engine replacement! 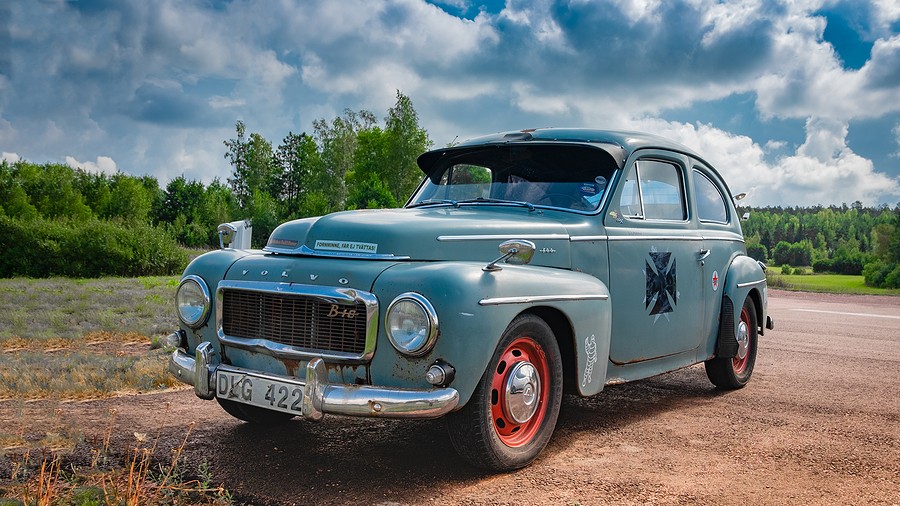 The average Pontiac engine repair cost ranges between $2,500 and $4,000, with engine repair including bearings and seals or full engine replacement. Figuring out what model you have and the typical problems for each model can help you make a smart decision about what Pontiac vehicle is best for you!

The Pontiac Aztek model year with the highest number of complaints is the 2002 option, with the 2002 having the most-reported issue of major electrical problems. The other years of concern are the 2001 and 2003 model years, with the other categories of concern being the electrical system, AC and heater, cooling system, brakes, fuel system, and engine in the 2002 Aztek. Due to the many concerning categories with the Aztek, you may have to pay a much higher Pontiac engine repair cost than initially thought.

The top engine concerns of the Pontiac Aztek are the engine stalling, the car not starting in certain weather conditions, the car leaking oil, and the NHTSA citing issues with the engine cooling, engine system, and gasoline transportation system. The most common solution for these concerns usually deals with the owner replacing the fuel pump at around 70,000 miles. The owners state that the car periodically stops running while driving down the road.

The worst car model years of the Bonneville are 2000, 2001, 2002, and 2003 are the 2000 option, with the most-reported problem being the power window not working after prolonged use. The other categories of concern in the 2000 Pontiac Bonneville are the windows and windshield, interior accessories, electrical system, body and paint, and the engine system.

The main issues with the engine in the Bonneville include the loss of power, the car not running while driving, the supercharger and pulley belt breaking, a burning smell, and the distributor shorting and causing a misfire.

Owners stated that the loss of power generally occurs at around 100,000 miles. Pontiac owners say that the car just shuts off during use, the door windows open randomly, and the car engine stalls while trying to accelerate while driving at high speeds. If you notice any of these engine concerns, you can expect to pay a much higher Pontiac engine repair cost.

The worst model years of the Pontiac G6 are the 2005, 2006, and 2007 model years, with the 2006 option having the most overall complaints and the most-reported problem of the power steering malfunction during use. Other categories of concern in the 2006 option are the steering system, interior accessories, engine, brakes, and suspension.

Owners of this car have noticed any issues with the steering and safety of this vehicle. The 2006 Pontiac G6 has a concerning issue with the power-assisted steering system, with this mechanism prone to failure after minimal use. The power steering glitches while driving, making it difficult and unsafe to steer.

The 2006 Pontiac G6 has a very high Pontiac engine repair cost due to the engine turning and not starting, the engine stalling and dying while driving, the engine losing power during use, the camshaft sensor malfunctioning, the engine oil leaking, the service engine light flashing, and the motor blowing.

If you notice the engine not starting after turning over, the most common solution is to clean the throttle body at around 64,000 miles, with the typical repair cost being $480 for the fix. Owner's estate that the car temporarily shuts off while driving, with the car shaking and shuddering during the restart process.

One of the main reasons why your car won’t start after turning over is a dead battery. Just because some of the electrical parts are working, which is not usually common of a dead battery, they can sometimes run off of a very low charge – a charge that is so low that your car won’t turn over, but your lights will come on.

Another common reason your car won’t start and you have a high Pontiac engine repair cost is faulty and malfunctioning fuses. If the battery is in good shape but your car won’t start, you might want to check for a broken fuse. Make sure you check your car’s manual to find the fuse box’s location to see if the fuse or metal wire is damaged. If the plastic wire in the plastic is damaged, a damaged fuse might be preventing power from getting to the starter relay.

The other most concerning issue regarding the engine category in the 2006 Pontiac G6 that causes a high Pontiac engine repair cost is the engine stalling while driving. The most common solution for engine stalling is to replace the ignition to relocate the overflow hose for around $220 and averaging at nearly 80,000 miles.

The 2001 Pontiac Grand Am has the most overall complaints and also has the most-reported concern of the engine not turning over. Other model years concerning owners of Pontiac cars include the 1999, 2000, 2002, 2003, and 2004 options, with the top three issues dealing with the intake manifold leaking, the car leaking coolant, and the intake manifold breaking.

The top categories of concern in the 2001 Pontiac Grand Am feature the engine, electrical system, winter accessories, windows and windshield, and the lights. The main engine concerns that lead to a high Pontiac engine repair cost are the engine turning over and not starting, the car leaking coolant, a cracked intake manifold gasket, engine stalling and shutting off while driving, head gasket failure, car shaking while idling, and the engine blowing during use.

To fix the engine turning over and not starting, the most common solutions are to reset the security system, put the key in the on position, try turning the key, clean the battery terminals, and replace the camshaft sensor. The typical repair cost is around $420 and occurs at nearly 115,000 miles.

The second most common issue for the Pontiac Grand Am that can increase the Pontiac engine repair cost is the car leaking coolant and cracking the intake manifold. The most common solution is to replace the intake manifold gasket for around $1,030 at around 90,000 miles. Owners complain of the car shaking during use, the warning light coming on the dashboard, and the coolant leaking during use.

The most concerning model years with the highest prevalence of problematic issues are the 2001, 2002, and 2004 models regarding the Pontiac Grand Prix. The 2002 having the most-reported concern of the key sticking in the ignition during use. Other issues with the 2002 Pontiac Grand Prix involve the interior accessories, the engine, windows and windshield, and the AC and heater.

The worst engine issues that cause a high Pontiac engine repair cost are the leaking coolant, cracked intake manifold gasket, engine light turning on, engine catching fire, engine stalling while driving, oil leaking in the coolant, and the engine knocking.

Fixing the leaking coolant and the cracked intake manifold generally costs around $1,070. The most common solution is to repair the gaskets, check for additional engine damage, replace the water pump and thermostat, replace the lower intake gasket, or replace the entire engine at around 99,000 miles.

To repair the second most concerning issue in the 2002 Pontiac Grand Prix, you will have to pay a hefty Pontiac engine repair cost at around 115,000 miles. Owners state that the engine shuts down and stalls during use, rendering the Pontiac Grand Prix useless to car owners.

Another model that Pontiac produced causing issues for car owners is the Montana, with the most concerning years being the 1999, 2000, and 2002 options. The most-reported issue is in the 1999 Montana for the intake manifold gasket, while the 2002 is often considered the worst model year due to the severity and prevalence of owner issues.

The top categories of concern in the 2002 Pontiac Montana are the engine, electrical system, cooling system, AC and heater, fuel system, and exterior accessories. The main engine problems feature the intake manifold gasket failing, the head gasket fails, the engine stalling at low RPM, and the engine making noise during use.

The 2003 Pontiac Sunfire will have the top concerns of the election system issues, the fuel system, the lights, AC and heater, and the engine. The engine fails and the car cranks over and not starting leading to a high Pontiac engine repair cost. Paying to fix the engine stalling while diving costs around $300 to replace the fuel pump at nearly 53,000 miles.

The vehicles included in the recall succumbed to engine oil that can drip onto the exhaust manifold, leading to engine damage, engine failure, and a higher Pontiac engine repair cost.

If your vehicle was affected, vehicles could apply for a free engine replacement to safely repair the car at no additional cost.

Knowing the type of car you own can help you make a smart decision about what repairs to perform in your Pontiac vehicle, what warning signs to look out for, and the overall Pontiac engine repair cost you may pay for your vehicle!