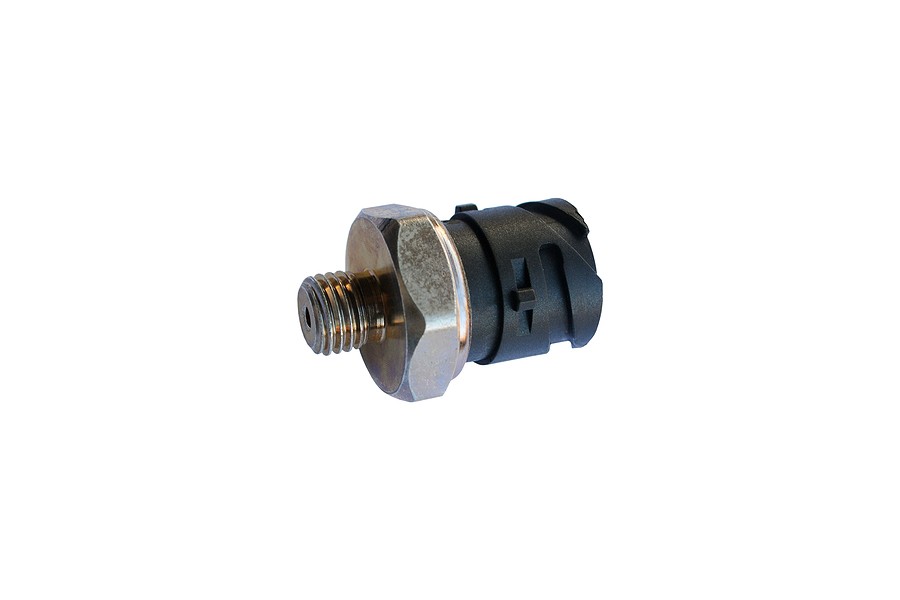 Older model vehicles may have an oil pressure sending unit that's located in the output side of their oil pump that links to the instrument panels to provide a reading through a connecting tube.

Some vehicles will have an oil pressure sending unit that is a transducer attached to a mechanical switch that just screws into place to monitor your oil pressure. It's connected by a wire to the lights on your instrument panel to let you know when you have a problem with your oil pressure.

A slightly more advanced version of this transducer type of sending unit uses electrical voltage output that is proportional to the oil pressure to alert you to whether or not you have an issue with your pressure. Regardless of what kind of oil pressure sending unit you have; they should all do the same job effectively to let you know by way of setting off a warning light if something is wrong.

You may have heard any of these three terms used to describe parts of your vehicle. Oil pressure sending unit is one of the least used terms actually and you'll likely hear oil pressure switch or oil pressure sensor more often. Confusingly, all three do basically the exact same job.

What Are the Symptoms of a Bad Oil Sending Unit?

Can I Drive with a Bad Oil Pressure Sending Unit?

Think of driving with a bad oil pressure sending unit kind of like driving with no seatbelt on. If you don't get into an accident then there's no problems, right? However, if something bad does happen you're definitely going to regret it. That's why making sure your oil pressure sending unit is working correctly is the right thing to do to save yourself a hassle further down the road. Remember, if there is a problem with your oil pressure and your engine isn't able to keep properly lubricated for instance it could end up overheating and causing some severe damage that may end up costing you thousands of dollars in repair bills.

How Do You Test an Oil Pressure Sending Unit?

It's possible you can test your oil pressure sending unit to find out if it's actually malfunctioning or not before you go out of your way to buy a new one and have it replaced. You can do this on your own without having to even go to a mechanic and spend the money there either. The first thing you need to do is locate where it is in your car. Typically, this is located near the back and top of the engine compartment bolted into the engine block. It should be connected by some kind of wire or clip to the car's computer as well. If you're not sure where yours is after you take a quick look, then you're going to want to Google your make and model of vehicle to find out for sure exactly where it is so you can test it.

Once you locate your oil pressure sending unit you need to unhook the wire that connects it and ground it.  Your gauge should rise at that point as high as it's able to go.  If that happens then your sending unit is still sending the correct signals.

You'll need to set the multimeter to measure resistance or a closed circuit if it's able to test for that.  Once you've done that, you'll need to remove the cables that connect your switch to the generator control system. If you don't do that it's going to affect the signal reading that you get.

Regardless of the kind of sending unit that you have in your car, when you test it with a multimeter it should show you that you have a closed circuit when your engine is at rest. When the engine is running the circuit should be open. If these signals aren't what you are reading, then you have a problem with your sending unit and should get it replaced.

If you're having a problem with your oil pressure sending unit and you need to get it replaced, the cost of getting a new one is not too over-the-top. Again, the make, model, and year of your vehicle is going to have the biggest effect on the price you have to pay for a new oil pressure sending unit. That said, you can expect to pay probably somewhere between $16 and $100 to get a new one. You can check them out on AutoZone and see which one fits your make and model of vehicle.

An oil pressure sending unit has a remarkably simple job. It just monitors your oil pressure and then alerts you when something is wrong with it. Essentially it just turns on a light and nothing more. As simple as that is, it's incredibly important because imagine what your car would be like if that light was not there to warn you of a problem. Issues with your oil pressure can get very bad very quickly. The longer you drive with low oil pressure or low oil itself the more damage you're likely to cause to the point that your entire vehicle can shut down and you're going to end up spending thousands of dollars to get things fixed. All of that can be prevented for the cost of a $16 sensor that you can pick up from an auto supply store.

For those reasons it's important to keep an eye on you or oil pressure sending unit and if you can tell that yours is glitching on you and sending incorrect signals, take the time and money to get yourself a new one before a real problem arises that you won't be aware of because you're sending unit isn't able to send you the correct signals.