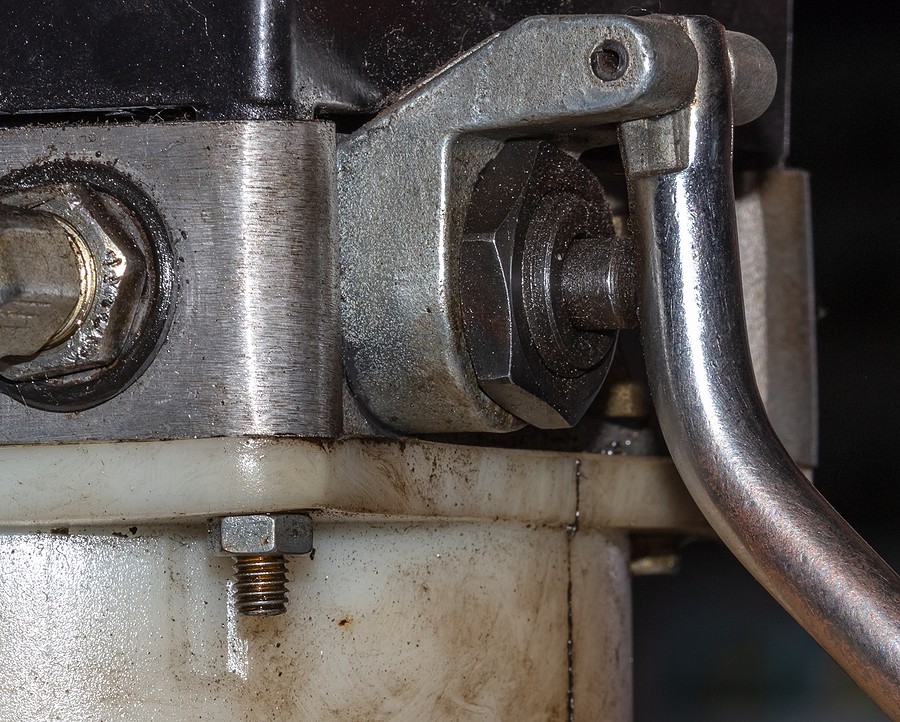 You know that your car’s engine has oil flowing through it at all times when you have your vehicle turned on. But do you know which parts are used to control the flow of oil through your engine? Chances are, you don’t. But you should learn more about them so that you can be sure your engine is getting the oil it needs when you have your car running. For example, you should educate yourself on the oil control valves found in cars and see what part they play in the well-being of your engine. Check out everything you need to know about oil control valves below and then see how you’ll be able to tell when it’s time to replace them.

What Is an Oil Control Valve?

Oil control valves aren’t found in all vehicles. But they are usually located in cars that have engines with variable valve timing systems in them. They’re designed to help improve the performance of an engine and make it possible for an engine to get better gas mileage with fewer emissions. They also protect a lot of the moving parts that are positioned inside of an engine.

Although oil control valves aren’t very big, they’re responsible for controlling how much oil is allowed to flow into the camshaft of a car’s engine. They open and close as necessary to provide a camshaft with the oil that it needs to do its job. With this in mind, it shouldn’t come as a huge surprise to hear that an engine could suffer in a big way if oil control valves go bad. Bad oil control valves will stop an engine from getting enough oil and could cause all kinds of complications.

How Does an Oil Control Valve Work?

Now that you have a slightly better idea as far as what it is that oil control valves are, you should learn a little more about how it is that they work. This way, there is a better chance that you’ll be able to tell when they stop working so that you can spring into action and do something about it.

The problem is that, at some point, an oil control valve will go bad and stop doing what an ECM tells it to do. This will either send too much oil into the camshaft of an engine or prevent the camshaft of an engine from getting enough oil. Either way, it’s going to be bad news for a car’s engine, which won’t get the right dosage of oil, and it’ll cut down on the engine’s performance. Replacing a bad oil control valve is the only surefire way to fix this issue and get things back to normal again.

One of the tricky parts about dealing with oil control valves is that it’s not always easy to tell how long they’re going to last. There really isn’t a specific length of time that you can expect an oil control valve to stick around. It all depends on everything from how well you maintain your car to what type of car you have. An oil control valve could last you for the entire time that you own a vehicle or give out on you randomly with very little warning.

With this in mind, it’s going to be extra important for you to look out for some of the signs that will show you that your oil control valves are on their way out. You’re not going to come into contact with an oil control valve very often because of where it’s positioned inside of your car. But you should be able to spot some signs that will indicate trouble with it. It’ll be up to you to keep your eyes peeled for these signs so that you don’t miss them and continue to drive around in a car with bad oil control valves.

What Are the Symptoms of a Bad Oil Control Valve?

If you find that any of these issues are plaguing your car, you shouldn’t hesitate to have your vehicle checked out. Driving around with bad oil control valves in your vehicle is almost never a good idea since it could lead to even more problems down the line.

Should You Continue to Drive a Car With a Bad Control Valve?

If you push a vehicle with a bad oil control valve too far, you’re going to have to deal with more than just poor fuel economy and some decreased engine performance. You could be looking at making some very expensive engine repairs before everything is all said and done. You should, therefore, stop driving a car as soon as you suspect problems with an oil control valve and have it checked out by a professional.

Where Should You Take a Car With a Bad Oil Control Valve for Service?

You should also make sure that you’re taking your car to a mechanic for regular oil changes so that you don’t have to worry as much about dealing with bad oil control valves. By changing your oil routinely, you’ll prevent dirt and debris from building up in your car’s oil, which will keep the oil flowing smoothly through your system. It’ll work wonders for your oil control valves since any build up could stop these valves from doing their jobs.

Can You Replace a Bad Oil Control Valve Yourself?

If you replace an oil control valve on your own and don’t do it properly, it could result in your car’s engine being flooded with oil or not getting the oil it needs. Both of these situations could be catastrophic for your vehicle and could eventually cause engine components to wear down and stop working. You’re better off leaving oil control valve replacement to someone who knows what they’re doing. They’ll get to work on your oil control valves and replace them if they’ve done bad.

How Much Does It Cost to Replace a Bad Oil Control Valve?

While you might be able to save some money by replacing a bad oil control valve on your own, the good news for those who don’t want to tackle the task themselves is that it’s not that costly to pay someone else to do it. When you think about what an important responsibility a car’s oil control valve has, replacing one is actually a pretty affordable auto repair job in the grand scheme of things.

Is the Oil Control Valve Replacement Cost Worth It?

As long as you’re planning on keeping your current car and continuing to drive it around, paying $300 to $600 for oil control valve replacement will be well worth it. It’ll ensure that your car’s engine will continue to get the oil that it needs day in and day out. You shouldn’t hesitate at all to replace an oil control valve at the first sign of trouble.

Can You Sell a Car When It Has a Bad Oil Control Valve?

Cash Cars Buyer can make you a strong offer for your car, bad oil control valve and all. We also buy cars that have all kinds of other issues with them. Contact us now to get more information on our junk car services.