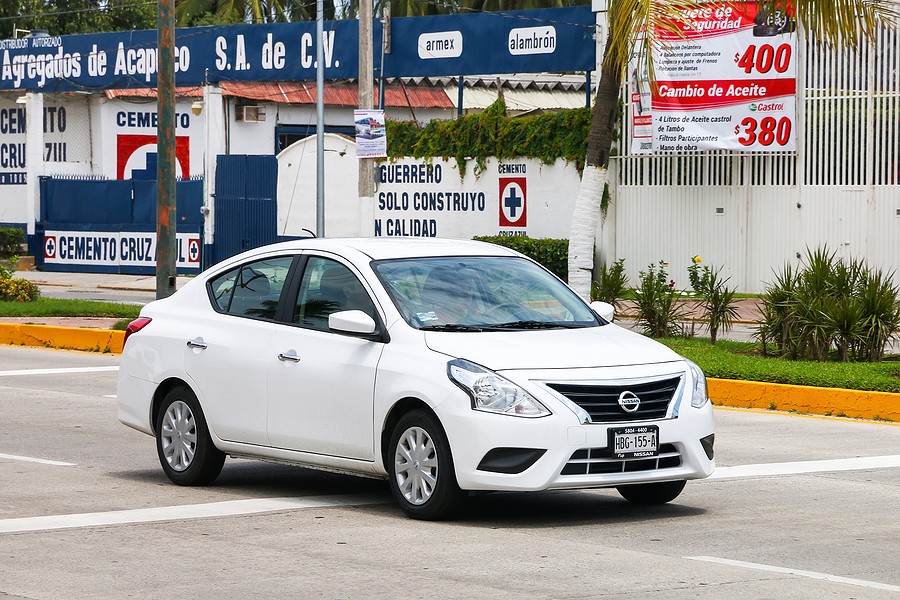 Nissan versa, reliability is a very important piece of information, especially for shoppers in the used market. Before getting into Nissan Versa’s reliability, it is important to understand the meaning of “vehicle reliability.”

Reliability scoring indicates the frequency, cost, and severity of unexpected vehicle repairs. For instance, some owners might provide a high rating for certain vehicles, and after a certain period, they changed their minds by providing low scoring.

According to cars.usnews.com, Nissan versa was ranked as the fifth in the subcompact cars category, and the 19th is this in the small cars category.

The last version of Nissan versa was described as a smaller version of Nissan Altima. This third-generation comes with a complete makeover by lowering the height and increasing the width and length of the vehicle.

The vehicle was featured for the low base model price and the great interior design. Furthermore, the 2020 Nissan Versa has a long list of standard features and received a very high safety score.

Nissan versa sits up to five passengers, gets from 27 to 32 miles per gallon in city roads, and 35 to 40 on the highways. The base model comes with the standard front-wheel drive and gets up to 122 horsepower.

Nissan Versa comes with a 1.6-liter four-cylinder engine that is associated with either a continuously variable transmission or a five-speed manual transmission.

According to Kelley Blue Book, the Manufacturer Suggested Retail Price (MSRP) for the Nissan versa is about $14,830.

According to the J.D. Power Dependability Study, the Nissan versa reliability is three out of five, which is considered “average.”

The quality and reliability category includes feedback from customers about their satisfaction with the vehicle parts starting from the engine to the infotainment system. The driving experience represents how satisfied and comfortable the drivers were when it comes to the vehicle’s functionality, technology, and safety. The resale is a prediction by the J.D. Power team about how much value does a vehicle loses over the next three years. Finally, the dealership experience comes directly from the owner’s evaluation of their satisfaction about times when they visited the dealership, including the service itself, the dealership facility, and the quality of work.

The J.D. Power dependability study looks into vehicles based on certain years; however, sometimes we might need to look into certain vehicles makes and models despite the years. That’s where the RepairPal reliability ranking comes into place.

According to the RepairPal reliability ranking, the Nissan versa received scoring of four out of five, making it rank as the ninth out of the 21st in the subcompact vehicles category.

Average annual repair costs for Nissan of $456 are considered inexpensive when compared to all other vehicles. For the frequency, Nissan versa is expected to be brought to the dealership about 0.4 times per year, which is also less than most other vehicles. Finally, the severity, about 10% of the repairs for the Nissan versa, were described as severe or major. This 10% is less than the average number for subcompact cars and way less than the average number for all model vehicles, which was about 12%.

In this section, we will cover some of the main reasons why’s Nissan versa did not receive the top reliability scoring based on the J.D. Power Dependibitly Study results.

It might not be very pleasant for some Nissan shoppers to have one engine choice, although there are two transmission options of a manual or an automatic. This might not be an issue for older owners since they already know about having only one engine option.

It might be expected that the expansion of the 2020 Nissan versa in the width and length will provide additional space for the passengers; this is not the case. Several owners reported that the new 2020 Nissan versa still has a small second row that makes it hard for taller passengers to get in and out unless they bend their legs to fit inside.

While 2020 Nissan versa comes with a great infotainment system that impressed many drivers, the touch screen was not as pleasing as expected. Several owners reported that the touch screen does not respond quickly, which makes it hard to get the needed information on the right period. For example, owners could not get the right directions or answer their hands-free phones false.

While the new generation of Nissan versa did not receive the top reliability score, the vehicle does have a lot of pros that attracted many owners. In this section, we will cover the top reason why you should buy the new model of Nissan versa.

Nissan versa is featured and known for its comfortable riding for both passengers and drivers. That’s why several rental agencies prefer to own a Nissan versa.

In the new model, the increased width allowed for more comfort to the passengers and the drivers. Furthermore, many features were added to the 2020 model year that allows ease driving, including the auto startup, and the automatic control temperature that allows the driver to warm up and cool down the vehicle before getting into it. As an option, new shoppers can add heated seats to this 2020 Nissan versa model year.

Nissan versa is known for the great fuel economy and comfort riding. However, many owners complained about the boring interior design. That’s why the 2020 model designers decided to make a new makeover for the vehicle’s interior. They added a more appealing design, including the aerodynamic dashboard and the high-end cloth quality, and a list of other features, especially in the higher trims.

Nissan engineers upgraded the engine to provide much more power while keeping the great fuel efficiency for the subcompact vehicles. The new 1.6 liters 4 cylinder engine provides up to 122 horsepower. This engine is associated with a continuously variable timing control system that prevents the engine from overheating and any other problems when accelerating.

Nissan versa is always known for the great fuel economy. With the 2020 model year,  Nissan designers made sure to maintain this feature, and for all trims, you can get up to 30 miles per gallon in the city roads and 40 miles per gallon on the highways. Owners reported that they could drive for a long distance, with only one fill-up even in smaller tanks.

Furthermore, the 2020 Nissan versa comes with the electronic brake-force distribution, and assist, the traction control, the vehicle dynamic control, pedestrian detection, and the lane assists.

In general, Nissan versa is known for requiring low maintenance repair costs. The 2020 Nissan versa model preserves this aspect. As long as the drivers performed the regular maintenance, they should not deal with on a lot of unpredicted repairs.

Unlike most other compact and subcompact vehicles, the Nissan versa comes with relatively good storage of 15 cubic feet. This storage’s not like what you see in the most crossover SUVs; however, it seems to be large enough to fit about seven pieces of luggage.

The new 2020 Nissan versa comes with a great infotainment system that is easy to use for any driver. The vehicle comes within dash infotainment units along with a 7-inch touchscreen. Furthermore, the new Nissan model comes with the Android auto, and Apple plays in all trims here. Finally, there are options for the six-speaker audio system and Sirius XM radio.

Vehicle recalls are directly related to its reliability provides the customer with lots of information about whether to buy this vehicle or not. In this section, we will focus on the most important reported recalls about the Nissan versa in addition to the affected model years.

According to cars.com, Nissan versa received about 21 recalls for different model years. For example, Nissan recalled several vehicles that are equipped with the 750 navigation system. These vehicles had issues with battery overheating that could result into fire hazard. To resolve the problem, and Nissan requested the dealership to inspect and provide a free of charge battery.

Furthermore, Nissan recalled several 2017 Nissan versa models due to issues with the fabric surrounding the airbags. They mentioned that the fabric was not installed properly and could cause the airbag not to deploy at the right time, which increases the risk of injury here. As a result, Nissan requested dealerships to replace the left and right site fabric for the airbags free of charge.

Nissan versa is one of the very common compact vehicles that comes with a very affordable price period more. Specifically, the 2020 Nissan versa comes with great interior design, maintains the great fuel economy, and has very high safety for.

Despite all the great features of the Nissan versa, the vehicle did not get the highest score when it comes to vehicle reliability, according to the J.D. Power Dependability Study. Nissan versa received a score of three out of five, which makes it in the average category of compact vehicles. On the other hand, the RepairPal reliability ranking showed that the Nissan Versa has a scoring of four out of five, which is in the above-average category.

In general, Nissan versa is a good vehicle and has “OK” reliability of above average. Thus, it is recommended for new shoppers for family or business owners, but not for racing. The vehicle provides a great ride. However, it doesn’t have what race lovers are looking for in terms of speed and excitement.