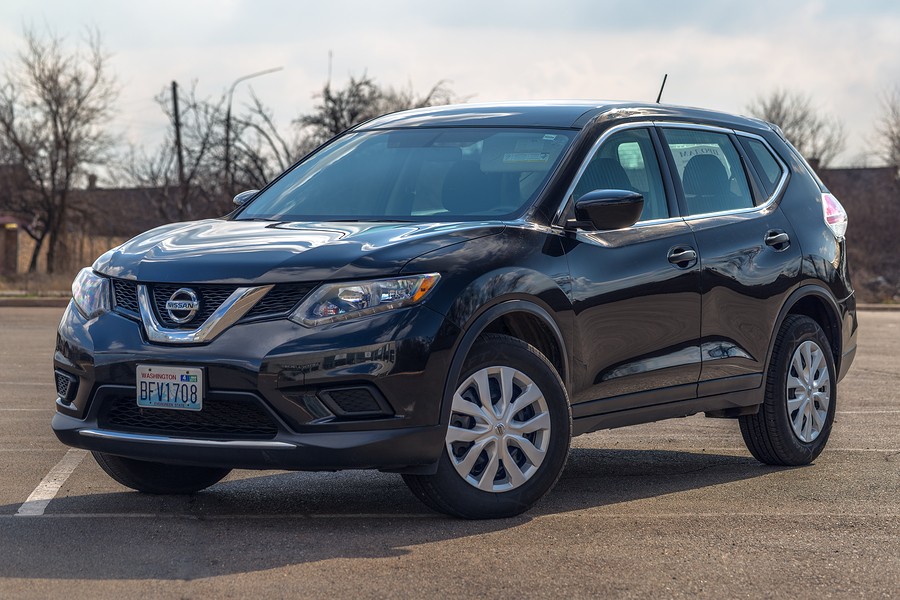 When it comes to the Nissan Rogue vs the Toyota RAV4, it can be hard to determine which one is the SUV that's going to work for you. Both Nissan and Toyota have a history of producing reliable, affordable, good-looking vehicles. The RAV4 and the Rogue are so similar in many ways it can be a little daunting to try to figure out which one is the better option. Luckily, we can break down the best in the worst parts of each vehicle to help you make that tough decision.

Many drivers feel that the Nissan Rogue offers a bit of a smoother ride overall when compared to the RAV4. It's also a roomier vehicle and has the option for third row seating, even though that third row may be a little cramped. The RAV4 doesn't give you that option.

Under the hood, the Toyota RAV4 offers you a 2.5L inline-4 engine that cranks out 203-horsepower. The Nissan Rogue is also giving you a 2.5 litre inline-4 engine, but the horsepower drops down to 170 for the Nissan. The Rogue offers you 1,102 pounds of towing capacity for when you need to haul something. The Toyota RAV4 leaps ahead with 3,500 lb towing capacity, which really puts it on par with a lot of small pickup trucks.

When it comes to safety, Toyota RAV4 really jumps out ahead. Toyota is known for being an industry leader when it comes to safety and their Toyota safety sense package comes standard on all models including the RAV4. That includes things like pre-collision system with pedestrian detection, lane departure alert, automatic high beams, traction control and more.

Crash tests conducted by the Insurance Institute for Highway Safety have given the Toyota RAV4 a perfect score across the board in each of the 30 things they rank for crash tests. This is a common theme for nearly every vehicle Toyota produces.  At the end of the day the Toyota RAV4 is about as safe as any vehicle on the road today can be.

The Nissan Rogue does well in crash tests, but not as well as the Toyota RAV4 does. Of those 30 different aspects that the Insurance Institute for Highway Safety tests for, three of them were ranked as acceptable, which is 1 below a good rating. That doesn't mean that the Rogue is an unsafe vehicle, but it did not score as well as the RAV4.

It's no contest when comparing performance. The Toyota RAV4 is the winner.

The Toyota RAV4 LE is the base model of the RAV4 line. Toyota actually offers seven different trim packages that increase in price from the LE on up. $25,950 is the base MSRP for the RAV4 LE. In addition to that base model there's also the XLE, the XLE Premium, the Adventure, The XSE hybrid, The Limited, and the TRD Off-Road Edition. The TRD Off-Road is the priciest trim package available which starts at $35,280. The LE, the XLE, and the Limited Edition all come in hybrid versions as well.

The Nissan Rogue is a little trickier to price out because Nissan separates the Rogue into two different vehicles, the Rogue and the Rogue Sport. Each of those vehicles is then separated into three trim packages. On top of that you can get each one as either front-wheel drive or all-wheel drive, all of which affect the price.

The three trim lines available on the Rogue are the S, SV, and the SL. That's the same breakdown that you'll get for the Rogue Sport as well. The front wheel drive Rogue Sport S is the cheapest Nissan Rogue available with an MSRP of $23,240. The most expensive model is the all-wheel-drive Rogue SL which has an MSRP of $33,040.  Based on sticker price alone, Nissan wins for affordability.

Fuel economy is nearly identical between the RAV4 in the Nissan Rogue. Both of these SUVs offer 25 miles per gallon when you're driving in the city, and there's just a slight difference in terms of highway miles. The Nissan Rogue will give you 32 miles per gallon on the highway and the Rav4 squeaks out one more to give you 33 miles per gallon highway. Overall, when you hit the pumps at the end of the year, the difference between the two is going to be fairly insignificant. For that reason, we'll just call this a draw.

You can get hybrid versions of the Rav4 that affect gas mileage by boosting you to 41 miles per gallon. If you were to opt for an older Nissan Rogue, you can get a hybrid, but they actually dropped that option for 2020. For that reason, it's pretty clear that Toyota is going to come out ahead in the gas mileage battle.

In terms of repair bills, the data from Repairpal.com suggests that a Toyota RAV4 owner’s going to be shelling out $429 per year on average in repairs. Contrast that with the Nissan Rogue which is going to set you back $467 per year in repair bills on average. In this matchup the Toyota wins out again.

Because the repair bills are so low on average and in such close range the difference is fairly insignificant. Likewise, the fuel economy matchup isn't that much different overall if you're not opting for the hybrid version. For that reason, if we're focussing on the biggest affordability difference then we have to call this one in favour of the Nissan Rogue for being slightly cheaper overall.

In terms of features, the Rav4 comes with Android Auto standard as well as a 7-inch touchscreen upgradeable to an 8-inch. There’s a Qi wireless charging pad for your phone and depending on the model you can get up to five USB ports, voice recognition, Wi-Fi hotspot, and more.

Beyond those fun toys that come in both vehicles, the Toyota RAV4 has Toyota standard Toyota Safety Sense package that we mentioned earlier. That includes things like a 360-degree bird's-eye camera, a panoramic rear-view camera, adaptive cruise control, lane departure alert, automatic high beams, and even roadside detection.

The Nissan's attempts to match this will give you lane departure warning, pedestrian detection with the pre-collision warning, automatic emergency braking, blind spot monitoring, and automatic high beams.

Even though Nissan is no slouch when it comes to both entertainment and media features, as well as safety features, Toyota really excels at least sort of things and that's what pushes it to the front of the pack. The Qi pad, the 8-inch touchscreen, and the industry-leading safety package are what make Toyota the winner in the matchup between the RAV4 and the Rogue in terms of features.

You know any company that's been around since the 1930s and managed to make its way through the Second World War has got to be pretty good at what they do. So, Nissan and Toyota are both incredibly dependable. For that reason, we have to say that either one of these would definitely be worth your time, effort and money.

Which SUV is the Best Choice?

When you have a pair of industry leaders like Nissan and Toyota going head-to-head in a matchup picking a winner isn't always an easy task, and more to the point there isn't really going to be a loser here. These are both really great vehicles as you can see and they're loaded with great features, great performance, and they're both reasonably priced at the same time. The reason you’d be comparing these two vehicles in the first place is because you know they both have a lot of great benefits and it's a difficult choice. That's really a compliment to both Toyota and Nissan when you think about it.

Since we are here to actually help you determine which one is the best, it's clear from our break down that even though Nissan jumps to an early lead when you're just comparing affordability between the two vehicles, when you start to factor in how well they perform on the road, the kind of driving experience you're going to have, and all the features available, Toyota is going to be the winner here.