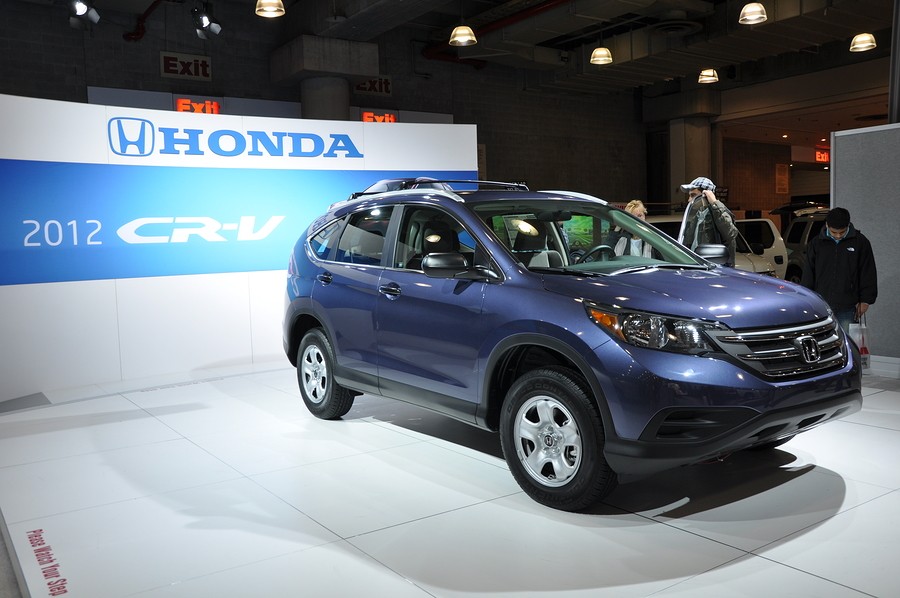 In the battle of compact crossover SUVs, the Nissan Rogue versus the Honda CR-V is one of the most popular matchups. These are two of the most in-demand SUVs on the road. Both have proven to be reliable vehicles and top sellers since their introduction, and both have great features that make them desirable for drivers. So how do you choose which one is the right one for you? Let's take a look at both the Nissan Rogue and the Honda CR-V in a head-to-head battle and compare some of their most important features to help you decide which one of these SUVs is going to be the one for you.

You can make a strong argument that Honda's major selling point is their performance and has been for many years. Regardless of the model from the Civic to the CR-V, Honda prides itself on vehicles that perform well and are affordable.

Given that an SUV isn't necessarily something that you purchase for speed and sporty performance on the road, we’ll focus on the more SUV specific features that you're going to be looking for. To start with, the Honda CR-V offers 190 horsepower compared to the Nissan rogue's 170 horsepower. The torque for the Honda is marginally better than the Nissan Rogue as well. In fact, the Honda CR-V offers 179 ft-lbs of torque while numbers on the Rogue are 175 ft-lbs of torque. That gives you a slight edge in the Honda in terms of hauling capacity. If you're looking for a vehicle that can tow the CR-V is going to be your best choice by a hair.

Both the Nissan Rogue and the Honda CRV offer front wheel drive with the option of all-wheel drive.

The interior of each vehicle is fairly comparable. The infotainment screen, the upholstery and the other amenities don't differ greatly between the two models. One of the biggest differences you'll notice is that Honda gear selector is actually located at the base of the dash rather than the centre console between the seats, which does give you a little extra room.

In terms of cargo space there's almost no difference between the 2020 models for the two, so it’s a barely noticeable factor.

In general, this is a pretty close horse race but the Honda CR-V seems to offer a better performance in terms of power, comfort, and features inside the vehicle to make the ride more enjoyable.

Which Vehicle is More Reliable?

Reviews from JD Power and Associates place both the Honda CR-V and the Nissan Rogue above-average in the industry for overall reliability. Both of these vehicles offer the same 3 year/36000 mile warranty as well as a 5-year/60000 mile drivetrain warranty. When it comes to the straight up Nissan Rogue vs. Honda CR-V reliability battle, we can't really give an edge to either vehicle. The Honda has slightly better safety ratings, but in terms of driving and reliability these are both top of the line SUVs.

Which Vehicle is More Affordable?

For many drivers the most important consideration when looking at a new car is price. If something is out of your price range, then all the features in the world don't really matter since you can't afford it. When it comes to the Nissan Rogue versus the Honda CR-V the situation is not an easy one to sort out if you're looking for a clear-cut winner. Believe it or not, the MSRP of the Nissan Rogue versus the Honda CR-V is almost identical for the basic model. The Nissan Rogue starts at $25,300. The Honda CR-V starts at $25,050. Loaded down with features the CR-V can actually get to slightly more expensive than the Nissan Rogue but the difference will still be less than $1,000. When it comes to affordability, there's really little difference between the two of them.

There are eight different trim packages that you can get for the Honda CR-V, while the Nissan Rogue has six different versions on the market. That variety will definitely change the price based on what you're looking to get and of course the features that you want to have included as well.

Aside from the sticker price, the other big cost associated with any vehicle is going to be fuel. If you're looking to compare gas mileage between the Nissan Rogue in the Honda CR-V, you’re hitting another wall with no clear-cut winner.

The Nissan Rogue and the Honda CR-V rank top in their class and have done so for years. The 2019 Rogue was awarded the Insurance Institute of Highway Safety top safety pick while the Honda CR-V got Kelley Blue Book’s 2020 Compact SUV Best Buy. Clearly these are good vehicles.

In the year 2019 alone, both the Nissan Rogue and the Honda CR-V sold over 350,000 units in the United States. These are popular vehicles for a good reason. They look good; they perform well, and they don't break the bank like some vehicles do. When it comes to resale value, there's also very little difference between the two, with both vehicles retaining their value fairly well

In the simplest terms, the answer to the question “are they worth it?” is yes. You could do much worse than either the Nissan Rogue or the Honda CR-V.

The Nissan Rogue has been on the market since 2008 while the Honda CR-V debuted some years earlier back in 1995. That means the Honda has had more time to perfect their game, but the Nissan Rogue has more than stepped up to the challenge. The reason that you're going to see these two vehicles compared in various blogs in automotive magazine so often is because they really are straight-up competitors that are made to compete on every front. They're neck-and-neck in so many aspects of what they can offer drivers that it can be hard to try to narrow down the differences. As you can see from our own comparison, even where one vehicle edges out the other it's such a small difference as to be barely noticeable.

On the one hand, you can look at this as a frustration that makes it hard to determine which is a better option between the Rogue and the CR-V. On the other hand, you can look at this like a good thing because you're choosing between two genuinely good vehicles. They are so similar you don't have to feel bad when you finally do choose one that you may have missed out on a feature that the other offers. Because the Rogue and the CR-V parallel each other in so many ways it would be mostly impractical to suggest that one is truly a better option than the other.

If you need to label one of these cars the “winner” compared to the other, we give the very slight edge to the Honda CR-V. When you add up all the tiny advantages it has over the Nissan Rogue, it becomes the better value, but only just. At the end of the day you can make the decision for yourself based on your own needs and which one you feel will provide what you need and offers you the look that you find most appealing. Neither one of these SUVs is going to be the wrong choice and that's not something you can say about every vehicle match up.