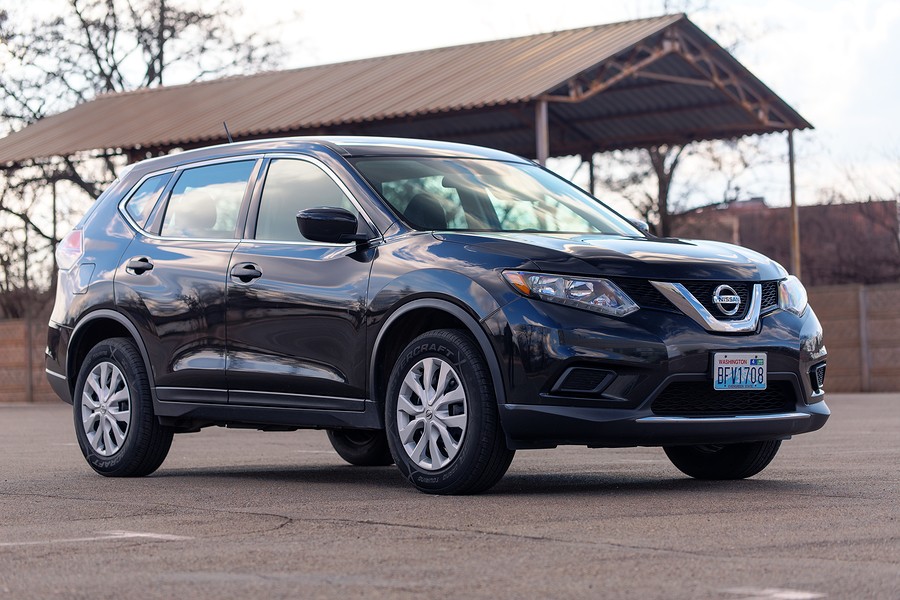 The Nissan Rogue is unfortunately plagued by a variety of problems in numerous makes and models. The Nissan Rogue has issues in consistent years, running from 2009 until the newest models. The Rogue was introduced in 2008, and was destined to put up a fight to competitors like Toyota RAV 4 and the Honda CR-V. The Rogue is a car-based crossover that has versatility in differing conditions. There are two variations of the Rogue, since the newer model underwent some changes in 2014.

The Nissan Rogue has numerous problems in different categories that are a part of your vehicle. The most common issues are transmission issues, fuel gauge readings, sunroof issues, canister purge valve, and a noisy engine.

The Nissan Rogue has a variable transmission and gearbox that doesn’t usually have any gears, but just a belt and a few pulleys to keep it in working order. This could be a bit of a change for users who are not used to this type of operation. This transmission has a tendency to function at a high RPM, and some users assumed that the unit was misfiring or slipping, which was actually not the case.

However, there are numerous complaints with the transmission which are actually proved to be accurate. Nissan has since doubled its warranty on this type of transmission in most of their vehicles from 5 years, or 60,000 miles, to 10 years, or 120,000 miles. This indicates that most of the Nissan units are covered for repair.

The repair for a Nissan CVT unit will come in handy when there are reports of the CVT failing to let the vehicle exceed 3000RPM. In these instances, the car could experience a loss of power, especially if going up an incline. Most technicians have found this to be an after effect of overheating issues, fluid filling up within the transmission, or the wrong type of fluid in the car. A new transmission cost will run between $1,000-$6,000.

Other Problems in The Nissan Rogue

Despite the transmission issues being the highest reported problems within the Nissan Rogue model, there are a few other issues that can cause some faulty mechanisms within your vehicle, and should be noted before automatically assuming the transmission is the culprit.

The Rogue has difficulty showing the correct amount of fuel that is actually stored within the gas tank. Typically, this can be attributed to a broken sensor, which is called a sending unit, located inside the tank. This can cause an incorrect fuel reading, which will lead to a higher probability of running out of fuel at an inconvenient time.

A wind deflector on the front part of the sunroof can cause the sunroof to not be able to close fully. This problem is usually apparent within the first generation Nissan Rogue, from 2008-2013.

On one of the older versions of the Nissan Rogue, the engine light can come on due to a broken wire in the canister purge volume control. This unit is part of the emissions system, and traps fuel vapors that naturally occur in the fuel tank. The unit then releases them into the engine in order for them to be burned like fuel. In addition to the check engine light being on, the Nissan Rogue could have a poor gas mileage with this problem occuring in your vehicle.

Some users have noted a loud rattling noise when they first turn on their engine, which typically occurs in colder climates. There are two reasons for this loud noise. The first reason would be the timing chain working improperly. The timing chain is a unit which needs to have tension in order to function properly. If the chain is loose, then the chain will start making noise during the engine building up oil pressure.

The second reason is due to the Rogue’s engine design. The cylinders are long when stored in a four-cylinder unit, and causes the pistons to contract when the weather is cold. When the engine warms up, the piston will expand, causing a tighter seal within the unit – and can make the clicking noise stop.

Nissan Rogue Problems Through The Years

Although there are other issues that can be wrong with your Nissan Rogue, the transmissions problems are the most prevalent in all of the following models. From 2008-2018, transmission problems have plagued the cars, causing some pricey repairs and replacements that owners will have to take care of. The good news is that even with a broken transmission, there are some services which will still pay for your car.

The 2008 Nissan Rogue was the first model created by Nissan, creating a crossover car that was meant to rival competitors. However, transmission issues have made it difficult for the Rogue to thrive. The most common transmission problem is the CVT transmission failure, followed by the car failing to accelerate from a dead-stop, whining and drag, sounds from the CVT, and a grinding sound while accelerating.

Transmission failure in the 2008 Nissan Rogue typically occurs at around 124,000 miles and costs about $3,190 to fix. The most common solution is to replace the entire CVT transmission, which is an expensive fix, but needs to be done in order to prevent your car from stalling out at an inopportune and dangerous time.

When dealing with transmission failure in a 2009 Nissan Rogue, this happens at around 103,000 miles and costs about $3,060 to fix. One solution to this problem involves Nissan recalling the car, and providing extended warranty to the owners. The other solution is for the users to pay to replace the transmission.

In addition to the transmission problems in the 2010 Nissan Rogue, there are a host of engine problems. The main one is the vehicle will not accelerate after driving on the highway, the vehicle stutters while trying to accelerate, and the engine can lose power while driving. The vehicle not being able to accelerate after driving on the highway causes this model to not be able to go over a certain miles per hour, despite pressing the acceleration. The second issue of the car not being able to accelerate without stuttering is characterized by the car starting to shake after stopping for a certain time, when the car begins idling. The last issue of the engine losing power while driving needs to be immediately addressed, since this is a dangerous problem that requires a replacement by a technician.

The 2015 Nissan Rogue was plagued by AC/heater problems, interior access issues, and then transmission problems. There were also several complaints about the engine, such as the vehicle control and engine failure. The interior access issues involved the seat belts developing issues after use.

The 2016 Nissan Rogue had fixed the AC/heater problems and the interior access issues, and instead developed suspension problems as their main issue. There were many reports of the front end making noise while turning, in addition to a popping noise while pulling into tight spaces.

The 2017 Nissan Rogue really improved in terms of overall performance and reducing the number of complaints and issues with the vehicle. There were however, some braking issues. The issue with brake problems is that they absolutely must be fixed, and improperly-working brakes cause crashes, which can be extremely harmful. There were reports of the automatic braking system engaging inadvertently.

The brake problems persisted inthe 2018 Nissan Rogue, with an extremely high amount of complaints from the NHTSA. This model is unsafe to purchase and drive, due to the high incidence of brake issues which can cause crashes and the inability to brake at the right moments.

What If The Repair For My Nissan Rogue Is Too Expensive For My Budget?

If you find that the amount of work needed on your Nissan Rogue is too much for you to deal with currently, bring your car to CashCarsBuyer to receive a quote and earn some quick cash to put towards your next vehicle. Time to buy a safe and reliable car!