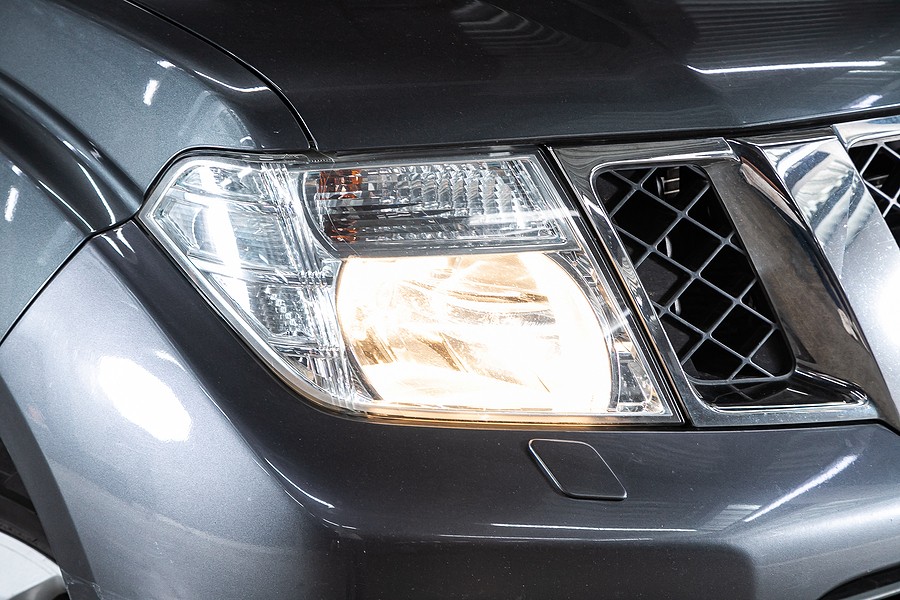 The 2016 Nissan Pathfinder is again plagued by the problems so often present in its previous models.  Developed by Nissan in 1980's, the Pathfinder has often found itself questioned on issues such as  transmission and reliability.

A mainstay on the market for almost 40 years, it was originally released as a two-door hardbody SUV  in the early 80's and became a four-door in 1990. However, despite proving a regular popular choice  amongst buyers, it has been plagued by issues ever since.

This version proves no exception, with the ever-important matter of reliability once again at the top  of the agenda when providing a review into the problems encountered with the 2016 Nissan  Pathfinder.

The 2016 model is part of a generation that launched in 2013 and has suffered from a number of  quality control setbacks during its lifespan so far.

According to Nissan, the 2016 Pathfinder version; “brings detailing that could teach luxury brands a  thing or two. The materials and controls have a simple elegance to them, but they won't leave you  scratching your head in confusion. The vehicle also has standard tri-zone climate control, with  optional wood-tone trim and 13-speaker Bose premium audio system making it a perfect choice.”

Customer reviews of the model have proved less than flattering, however, with poor reliability,  average engine capacity and an extremely loud transmission just some of the problems clouding its  otherwise upscale look and interior.

Without a doubt, however, the worst problems regarding the Nissan Pathfinder 2016 have  surrounded its transmission, with countless drivers in online forums and communities affected by  issues with its transmission system.

Nissan boasts that the 2016 model of the Pathfinder is more user-friendly than ever; “Whether  you’re changing lanes on the highway, manoeuvring out of a parking spot, or following stop-and-go  traffic, Pathfinder’s available driver assistance features, including standard Automatic Emergency  Braking, help you see more, sense more, and can even give you an assist when you need it most.”

However, issues regarding transmission and manoeuvring have been raised by buyers, prompting  various recalls by Nissan.

Indeed, according to the nissanproblems.com website, there are numerous reports from owners of  the vehicle outlining complaints about the transmission of these fourth-generation models.

There are consumer complaints about the shuddering and jerking of the fourth generation model,  making it a very uncomfortable drive for its owners who were less than impressed with its drive ability.

Naturally, the transmission is covered by the warranty as is the case with all Nissan Pathfinder  models. However, no one wants to go through the hassle of having to invoke their warranty, and  there is always the issue of what happens when the warranty expires.

The matter of recalls has long hung over Nissan's head. As a reputable car manufacturer, any recall is  a serious issue which can greatly affect reputation. The 2016 Pathfinder model made headlines  when it was recalled in late 2016 over safety concerns.

Namely, problems with the airbag. It was reported following complaints that the passenger-side air  bag may not deploy during a crash. This has been a particular problem when buying used models, so  potential buyers should be aware of this risk.

The CVT transmission in the 2013-2014 Pathfinder received a significant portion of complaints and  this has carried on to the 2016 version of the model. Owners describe intermittent lack of power and  jerking/shaking or “judder” as Nissan refers to it.

Other Problems With 2016 Nissan Pathfinder

The service bulletin NTB15-112 describes a problem with a bad stop lamp relay that can cause  intermittently low power when accelerating and the brake light staying on when otherwise powered  down by the driver.

In addition, other minor problems include the sub visors not staying in position during transit and  bad wheel bearing, causing a humming noise that is more noticeable at higher speed and gets louder  or quieter when changing directions.

These problems are rather easily remedied and for relatively small cost, but add to the list of  problems encountered with the 2016 Nissan Pathfinder as per customer complaints.

Customers on carcomplaints.com noted that the Pathfinder 2016 brake lights stay on due to the  location of the brake light switch which may cause the switch relay to constantly open and close and  the back again, much to driver frustration and concentration and hazard issues.

The brake light switch relay can eventually get stuck in the ‘on' position and cause the Pathfinder  brake lights to stay on, even without the driver touching the brake pedal.

Given these issues, Nissan issued a further recall in late 2016. It was found that fourth generation Pathfinder models had deficient brake lights that stayed illuminated even when switched to off, and  all those recalled SUVs are included in this latest brake light switch recall.

This recall includes the issues experienced regarding safety when it comes to the in-built airbag  touched upon above, further increasing driver concerns about the suitability of the 2016 Pathfinder.

The brake light issue has opened up a whole range of questions regarding potential problems with  other areas of the car, too. Those affected by brake light issues may also experience problems such  as limited engine power due to the brake override feature.

It may also occur that a driver shifts the Pathfinder out of park unintentionally without pushing the  brake pedal, and the engine can be started without touching the brake pedal, which has caused  further understandable safety concerns amongst customers.

Under increasing pressure regarding the problems with the 2016 model, the automaker issued the  following statement; “Due to the location of the stop lamp switch on the brake pedal, a chattering  condition may occur in the stop lamp relay.”

“Under certain driving conditions, such as frequent stop-and-go driving with repeated brake pedal  input, the chattering can degrade the relay contact service life. Over time, this may lead to the stop  lamp relay sticking in the on position.”

Given The Problems, Which Nissan Pathfinder Is Right For Me?

This is a question most potential buyers will be asking themselves. Nissan has worked hard to  produce quality cars and SUV's over the years and has thus developed a loyal following, in particular  with its Pathfinder range, despite the problems.

Make no mistake, for all its flaws, it’s a formidable machine that’s perfect for families and has a  variety of great features, so it is easy to see why it continues to remain popular with the consumer in  the face of such issues on an ever more crowded auto market.

The level of choice a Nissan Pathfinder grants can offset some of its problems when attempting to  choose the best type of Pathfinder that is right for you.

The 2016 Nissan Pathfinder has four trims: S, SV, SL, and Platinum. The base trim is the Nissan  Pathfinder S, which comes with a tilting-and-telescoping steering wheel, a six-speaker audio system,  tri-zone automatic climate control, cruise control, and an auxiliary input jack.

As standard, most competitors feature a greater range of basic features than the base trim  Pathfinder S, so if this is your bag it is recommended that you take a look at the Nissan Pathfinder SV  which has also reported less problems with transmission noise.

The SV adds a power-adjustable driver’s seat, a 7-inch audio display, a USB port, Bluetooth, satellite  radio, remote start, rear parking sensors, and a rear-view camera for the extra specifications that  make the model such a hit with those who care about little details.

The top-level Nissan Pathfinder, Platinum, comes with ventilated front seats, a power-tilting-and telescoping steering wheel, a dual-pane panoramic moonroof, a 13-speaker Bose premium stereo,  an 8-inch touch-screen infotainment system, a navigation system, and a 360-degree camera system  for an extra luxurious feel. The steering offsets some of the transmission issues with other trims.

Weighing The Problems of the Nissan Pathfinder 2016

There's certainly great choice available, and if you can look past some of the problems which Nissan  is currently working to find a permanent fix for, then the 2016 Pathfinder, is an option for anyone  seeking to purchase a vehicle in this range.

It retains the great features that made it a fantastic car, despite its problems. It also has a great look  and gives the feel of luxury, especially the higher-end trims that are available, but the issues that  have plagued Nissan for so long undoubtedly remain.

What If The Repair For My Nissan Pathfinder 2016 Is Too Expensive For My Budget?

If you find that the amount of work needed on your Nissan Pathfinder 2016 is too much for you to  deal with currently, bring your car to CashCarsBuyer to receive a quote and earn some quick cash to  put towards your next vehicle. Time to buy a safe and reliable car!