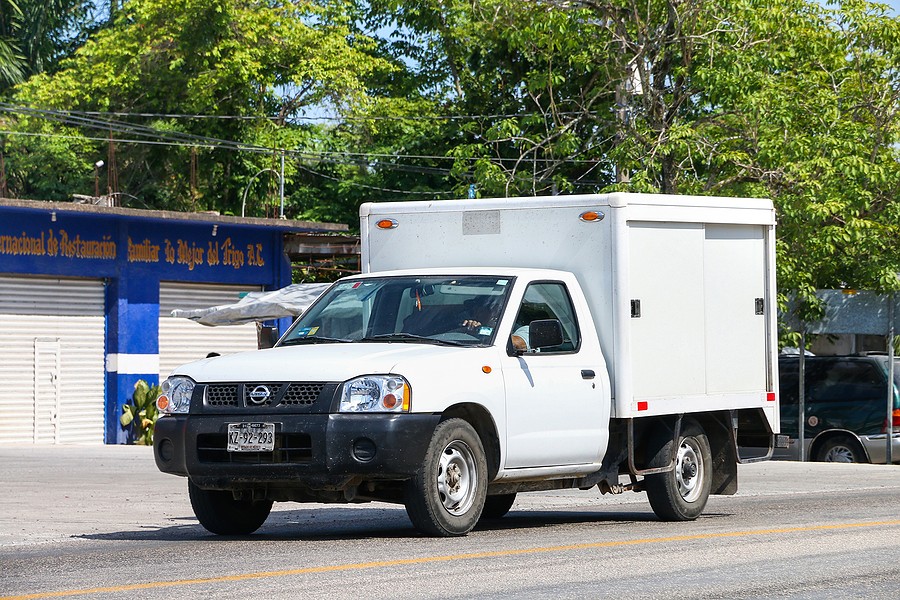 The Nissan Frontier was an SUV manufactured by Nissan. It arrived on the automotive scene back in 1997. The Frontier was the vehicle that Nissan counted on, to reestablish itself as the pioneer of the compact truck. As the Frontier made its mark the truck was a vessel used for new innovations for Nissan. Now, the 20200 Nissan Frontier offers luxury as well as durability to consumers. With an all-new V-6 powertrain and safety features, Nissan combines exceptional hauling power coupled with innovation.

Review of the 2020 Nissan Frontier

While praised for its solid powertrain the new 2020 Frontier offers the driver as well as any passengers a pleasant as well as a comfortable ride. Although not seen as the most ultra-modern truck, it has the capabilities to withstand cargo and whatever else is in its way with finesse.  According to the cars.usnews.com website, the 2020 Frontier offers the following as new features:

The vehicle can also seat up to five people comfortably and offers 310 Horsepower. Click here to read more from cars.usenews.com about the 2020 Nissan Frontier.

Do Nissan Frontiers Have Transmission Problems?

Although the Nissan has received tremendous praise, the truck has been cited as problematic by some.

What Are the Worst Nissan Frontier Model Years?

The worst problems for the Nissan Frontier were those with model years of 2005 through 2010.

Consumers cited issues with transmission oil as well as engine oil. The biggest issue with the 2005 Nissan Frontier was transmission failure. This was due to the vehicle’s radiator as well as cross contamination of coolant and engine oil which presents a tremendous problem and a huge hazard to Frontier drivers.

Additionally, the 2005 Nissan Frontier was also cited for a malfunctioning seal inside the radiators. During the seal’s failure, cross-contamination of transmission oil as well as coolant occurred. This allowed the transmission oil to enter into the cooling system. Once there, it weakened and ultimately destroyed the clutch packs. Due to such, debris were found in the automatic transmission. This led to both the radiator as well as transmission having to be replaced on the vehicle.

Is The 2018 Nissan Frontier A Good Truck?

Depending on who you ask, the answer will vary. Check out what some Frontier owners had to say bout the popular truck:

“OK, so I bought a brand new 2018 Nissan Frontier 4×4 SV Crew Cab, $35k, what I started to pay for a Ford F150 XLT. Now I wish I had bought a Ford. This Frontier has so many problems. [For example] the Bluetooth connects when it wants to or I have to shut off ignition and restart to get it to sync with my phone. The driver’s window regulator keeps going bad and now with the 3rd regulator my door creaks, window keeps making a popping sound. And [the] glass will tilt like it's about to fall out. [The] back up camera works when it wants to, the engine idles very rough when A/C is on and at 11k miles I started getting a shake -like a tire out of balance. Now 21k miles later [I have had] 11 tire balances and 1 new tire I still have [the shaking coming from the car] and mismatched tires.  A squeaking noise has [also] developed up front somewhere and sounds like a bird chirping. Dealership is unable to fix issues. DON’T BUY Nissan. [Problem] solved.

“Just bought a 2018 Nissan Frontier pick up with 27,400 miles on it. [Two] weeks after I got it home, I found an oil leak on it. Carfax said valve cover gaskets were replaced in Jan 2018. Oil leak looked like it was still coming from valve cover on one side so took it to dealership for repairs. They replaced valve covers again. Two days later leak is back at same place. Now they said it's not the valve cover but something else that will take longer to fix. I haven't even made my first payment on this truck and already in shop three times.”

“I have a 2015 Nissan Frontier SV 4×4 Crew Cab SB…I bought the vehicle with 32** on the odometer and for a crazy good price of $10,500 from North PA. I am now at 41**. Did the oil change at 37k and absolutely nothing [is] wrong. Usually ALL Nissans like to drink a quart in between their changes from my experience, not this VQ. At 4k now and slight amber color and the level is exactly when I changed it at 37.”

“This Nissan is a very durable, reliable vehicle. Had it since 2012. Never needed any work done on it or any repair. Overall great experience, great performance. I like the size of the trunk, the fact that you can lift it. It's convenient that it's a pickup truck, you can use it to transport virtually anything- from groceries to furniture to mattress. Great for moving. Not enough room in the back though. Basically, good only for the two people sitting in the front. Anyone in the back would be squeezed. And if you adjust front seats – so will be people sitting in the front. Two back seats are mostly for show. Barely large enough to comfortably accommodate a child.”

What Other Problems Does The Nissan Frontier Have?

Just as there are accolades for the Frontier, may drivers have issues that range from noise coming from the engine, to engine stalls. Some Frontier owners provided details about their Frontiers:

“I first started noticing this whining/whirling noise at about 60,000 miles. It seems to have got worse over time. I recently visited a local Nissan dealer and they told me there was a service bulletin put out stating the problem is probably caused by a secondary timing chain/s. The dealer quoted me a cost of over a thousand dollars!

“I have a 2012 4.0, the noise is very likely the timing chain wear guides and chains that Nissan swears have been fixed in production prior to 2012. I have spoken in person to at least one owner of a 2013, 2014 and 2015 4.0 Frontier that currently have the timing chain guide problem. I to have the problem on my truck. Since this defect is not a “Safety problem” Nissan is not required nor motivated to issue a recall. The more serious associated issue is the aluminum flakes that get dispersed in the oil, that damage bearing journals, oil pump and start wearing everything else in the motor. Next oil change look at your oil in the bright sunlight, if you see reflective flakes and glitter in the oil, you most likely have the problem in your motor.”

“I have a 2009 Frontier 4.0 v6. The service department told me[the] first year[I had the vehicle] that I have to look out for the timing chain. I've always had the oil changed every 4000 miles and recently, in the last year, I started hearing a winning noise from the front of the motor. I had dealership replace all the parts [including the] timing chain and guides tensioners and belts and water pump this cost me $1500. I think this should have been covered under the drivetrain warranty that's why bought a truck that had a timing chain not a timing belt.”

Which Is More Reliable Toyota Tacoma Or Nissan Frontier?

Compared to the Toyota Tacoma, the Frontier seems to be a more reliable vehicle. Repairpal.com gives the Frontier a rating of “…4.0 out of 5.0, which ranks it 1st out of 7 for midsize trucks.” The site also adds: “The average annual repair cost is $470 which means it has lower than average ownership costs. The severity of repairs is average and the frequency of those issues is low, so major repairs are uncommon for the Frontier.”

How Many Miles Can You Get on A Nissan Frontier?

Reports indicate that many owns can get up to 100,000 miles from their Frontier. One owner stated that the Frontier he/she owns was able to last well over 200,000 miles. “[I was able to get] 271,000 miles on my 2006 Frontier crew cab. [I] replaced radiator, two timing chains, and the usual wheel bearings, axle seals. Finally started using 3/4-quart oil every 4.5 k oil change. Passengers can’t believe how new the ride still feels,” the Frontier owner stated.

Is Nissan Discontinuing the Frontier?

During a recent Chicago Auto Show event, Nissan announced that the 2020 Frontier will be the last of its respected and admired generation. During this final 2020 year, consumers can count on a Frontier with tremendous standard horsepower that will be the best in its class.

How Much Does A 2020 Nissan Frontier Cost?

Seeking to get rid of that Nissan Frontier?
If you are ready to get rid of that Nissan Frontier, then sell it to Cash Cars Buyer! We buy all makes and models- including that Frontier you no longer want! You can obtain a FREE online quote for that Frontier, as well as FREE Frontier removal! Just click here to get started and tell us all about the Frontier that makes you furious!

Cash Cars Buyer has over a decade of junk car buying experience and we buy all Frontiers for fair market value! Get your offer and call us today!