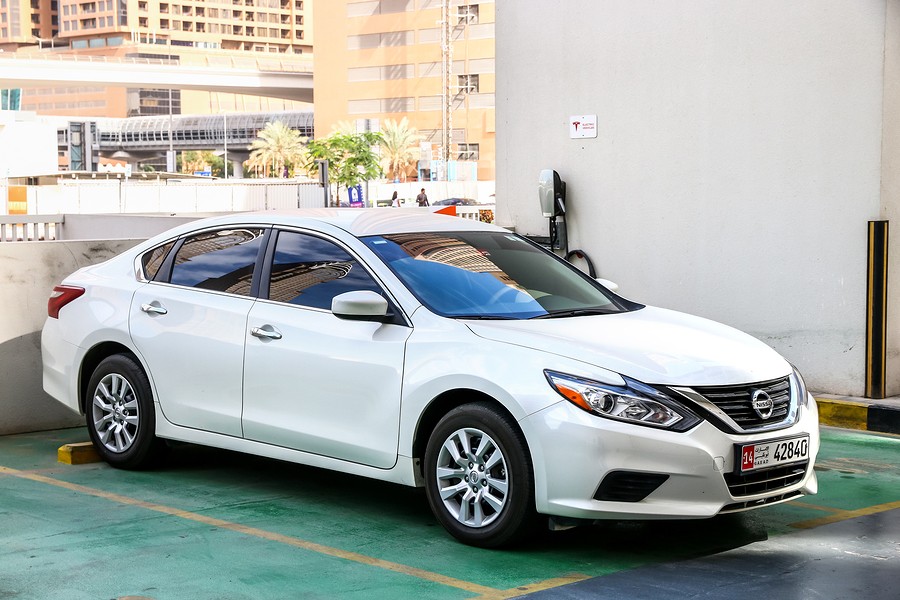 The Nissan Altima has unfortunately been plagued by numerous transmission problems throughout the years. The Nissan Altima sedan and coupe have both had many problems – and none of these are good signs for potential buyers.

If you are considering buying a Nissan Altima, there are many things you should be aware of before pulling the trigger. You should schedule an inspection before purchasing with a trusted mechanic to ensure that the vehicle is in good condition before buying. A transmission mechanic will be able to identify the problems using diagnostic tools, test the car parts and system to ensure they’re working properly, perform basic care, repair and replace necessary parts, and perform quality repairs.

What Is The Job Of The Transmission?

Your car needs the transmission to drive. Your car’s transmission runs on fluid. Therefore, it is important that you keep your transmission fluid at an optimal level so your car does not stop working.

The Nissan Altima is a mid-size car that has been produced and manufactured by the auto company, Nissan, since 1992. The Altima was designed to be larger and more powerful than the company’s Sentra, but not quite as powerful and big as the Nissan Maxima. The Nissan Altima was also designed to rival competitor cars like the Honda Accord, Toyota Camry, and Subaru Legacy.

The issues with the Nissan Altima began in the third generation. By the end of the third generation in 2002, the Altimas had excessive oil consumption, which caused numerous crashes. In addition, there were issues with the catalytic converter failing, which is an exhaust emission control device and imperative for safe driving. The converter was forcing objects back into the exhaust manifold, which can cause a dangerous obstruction.

The engine has numerous issues like the engine burning oil too much, the catalytic converter goes bad, the head gasket can blow, or the entire engine will need replacing. The engine cooling problems have caused at least 3 crashes, seven fires, five injuries, and typically occur at around 76,000 miles. The severity rating for this issue is 10.0. Replacing an engine generally costs an average of $3,000-$4,000.

Although there are issues with this model, the 2003 Nissan Altima transmission problems are minimal compared to other years. There are user reports of the vehicle shaking violently while trying to accelerate, but the reports are not as many as other following and subsequent years. This problem, however, has caused two crashes, one injury, one death, and occurs at an average of 35,000 miles – which is very low for Nissan Altima transmission issues to occur.

This year of Nissan Altima has very few issues when compared to the previous and following years. The main category that has problems with this year’s model is the engine category, followed by various paint and electrical issues. The Nissan Altima transmission problems are minimal with this model, and follow suit with the previous two years.

The Nissan Altima transmission problems involve the transmission jerking, failing, shifting roughly, and slipping while using. There are certain signs to tell if your transmission is slipping while driving. One or more of the following things may be happening in your Nissan Altima – your check engine light is on, RPM is greater than 3,500, acceleration is delayed, burning smells, inability to reverse, issues with shifting gears, strange noises when shifting, and the reverse is not engaging. The burning smell is a sign that your transmission is failing.

In addition, the NHTSA has created numerous complaints with the power train system, dealing with manual transmission problems. This complaint deals with the clutch sticking to the floor, the acceleration losing more than half of the pressure, the clutch dropping too quickly to the floor, and trouble with trying to shift into neutral. Although manual transmission cars are most likely to have clutch issues, automatic transmission slipping can cause clutch problems as well. These problems generally happen at an average of 45,000 miles.

The Nissa Altima transmission problems for this time span are less than the 2002 and 2005 years, but it is just a lull before what is to come. During these years, the three main categories of issues remain consistent – the engine, the body/paint, and the transmission.

The 2008 Nissan Altima continues the trend of the 2007 Nissan with the defective trend of CVT transmission failure at around 100,000 miles. Due to the costly repair, the transmission issues with these two models are intense, despite not being reported very often.

This year Nissan Altima contains many more problems than the previous three years. The top two categories of concern regarding the 2009 Nissan Altima are the steering issues, and the transmission problems, featuring 3 NHTSA complaints.

The transmission issues include a shuddering feeling while accelerating, a whining noise with increased speed, transmission failure, and the shifting hesitating while driving – which is a sign that you might have a transmission fluid leak. These problems generally happen at around 80,000 miles and cost $2,500 to repair. One of the most common solutions is to purchase a new transmission, which can sometimes run as high as $1,000.

The Nissan Altimas during this timespan do not contain as many issues as the previous year, but are by no means Scott-free. The main category that has problems with the 2010 Nissan Altima is the interior accessories, followed by electrical and engine issues.

The transmission issue generally deals with the driver not being able to increase the speed, the transmission failing, the car hesitating while stopping, and the car jerking severely when shifted into drive.

The 201 Nissan Altima is the worst-rated model year based on several factors, like the repair cost and average mileage when the problems occur. The top problem categories with this year and model are the transmission, interior accessories, heater, windows, and steering.

There are numerous reports of this year’s Altima shuddering or hesitating while driving, causing the car to run roughly. Numerous users have reported that going over or under a certain speed causes the car to shake. The most common solution for this model is to get a new transmission, replace the transmission, or perform a complete CVT replacement. The typical repair cost for the transmission problems is $3,100. In general, a new transmission cost will run between $1,000-$6,000. The problem generally occurs at an average of 53,000 miles and has a severity rating of 8.3.

Nissan extended a warranty for the CVT transmission issues. The existing powertrain warranty coverage of 60,000 miles or 5 years was extended to 10 years of 120,000 miles for CVT repairs, replacements, or towing.

The third transmission problem is the gear shift getting stuck in the park. A common sign of a failing transmission is that you are having trouble putting your car in gear. Your transmission could be leaking, which could cause your entire transmission system to overheat. The most common solution for this would be to press the emergency release button or to replace the shifter assembly. A leaky transmission repair cost is generally between $150-$200 – however, the typical repair cost for this in this model is $440, and occurs at around 72,000 miles. The severity rating for this issue is 7.5.

The Nissan Altima transmission problems involve the owners complaining about vibration and transmission failure related to the CVT, a whining noise from the power steering pump, and windshield problems due to poor design. Sadly for Nissan, the 2014 and the 2015 versions share the same issues that have begun during this year.

What If I Don’t Feel Safe Driving My Nissan Altima?

If you have one of the worst years of the Nissan Altima, like the 2013 or 2009, then you might not feel comfortbale owning the vehicle due othte Nissan Altima transmission problems. In this case, your best bet would be to sell your car to a junk car buyer to earn some money.

Bring your vehicle to CashCarsBuyer to obtain a fair quote, excellent customer service, and earn some cash to put towards a new, safe, and reliable car.