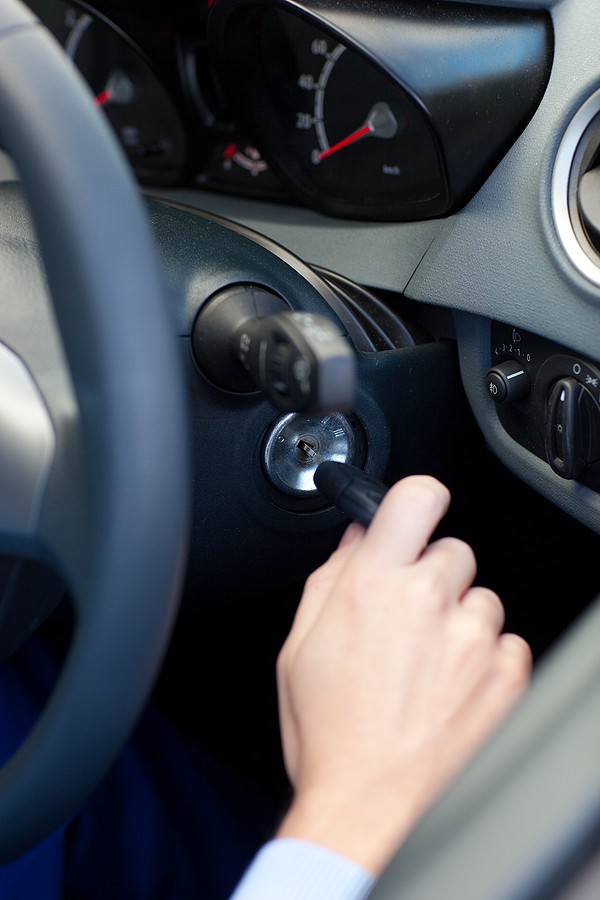 There are about 30,000 different parts in your car. That's an average and obviously some models are going to have more, and some others are going to have less. But try to imagine how incredible it is that your car is able to function as well as it does for as long as it does with 30,000 different parts that have to operate in conjunction with one another all the time. It's no wonder that sometimes things can go wrong, and your car won't start. It can be hard to keep that many components doing what they need to do all the time.

Obviously not all of those 30,000 parts are integral to the operation of your vehicle and ensuring that it's able to start when you try to put the key in the ignition. The seatbelts in the backseat, the trunk, your side panels, and all those kinds of components aren't necessary to get your engine running. But there are a number of different things that can go wrong that will prevent your car from starting when you want it to, and some of them are definitely more common than others. With that in mind, let's take a look at the most common causes for your car not starting and what you can do to fix them.

Dead Battery – My Car Won’t Start At All!

Arguably the most common reason for a car to not start is because there's a problem with the battery. If your battery doesn't have a charge in it any longer, or not enough of a charge, then the electrical systems in your vehicle including your starter and your spark plugs will not be able to initiate the combustion reaction required to get your engine running.

When your car is in motion, the electrical components are run by your alternator as opposed to your battery. But if your battery is dead, there's nothing to get your alternator started in the first place. A battery is necessary for that first spark that's going to set off a combustion reaction and ensure that every other system in the vehicle is able to get started and run as well.

Unfortunately, there are a number of reasons that a battery could die on you. First and foremost is the fact that a car battery is only meant to last about three to five years on average, anyway. If you've been running your vehicle with a battery in it for that long or longer, then it may not be a big surprise to find out that the charge has gone down so much it's no longer able to adequately power your vehicle.

Additionally, the battery could have been drained by accident because you left on some kind of electronic component when you were no longer in the vehicle. Once you turn off the engine then your alternator is no longer powering the electrical components of your vehicle and it's back on your battery to sustain them. That's why if you leave your headlights on overnight your battery could be dead the next morning even though you could arguably drive for years with your headlights on and not drain your battery because your alternator is handling them in that situation.

Aside from headlights or maybe a radio draining your battery, if you have other components in your vehicle like a dashboard camera or maybe a cell phone plugged in these can also drain your battery on you.

When you try to get your car started and all your hearing is a click as you turn the ignition or press the starter then that's very likely an electrical issue that could be traced to your battery. You can always try to give your car a jump-start to see if you can get your battery going again if you have a portable jumper in your trunk or a Good Samaritan nearby is willing to offer you their battery for a few minutes and a pair of jumper cables.

You should check your battery out with a voltmeter to see how it's doing. An ideal charge for a car battery is about 12.5 volts or 12.6 V. When you see it down around 12.3 then your battery is getting towards the end of its life span. If it's below 12 then it won't have the juice in it to actually get your car started any longer.

A new battery for your car will typically cost you somewhere between $50 and $100. There are some that can cost more, but they aren't necessarily any better quality than the lower-priced option.

The fuel filter is located either inside your fuel tank, just outside the fuel tank, or somewhere closer to the engine along the fuel line. Wherever it's located, the purpose of the fuel filter is the same as any other filter in your vehicle and that is to prevent contaminants from getting any further. The inside of your fuel filter is not too much different than a coffee filter really, it just strains any debris or other unwanted components that may be in your fuel line from getting to the engine which would cause it to burn poorly or otherwise affect your combustion reaction.

If the fuel filter has not been changed recently and it's clogged badly enough then it will prevent the flow of fuel entirely from getting from your tank to your engine. When your engine is not able to receive fuel then the combustion reaction can't occur and that will prevent your car from even getting started in the first place. Obviously, this would have to be the result of a very badly clogged fuel filter, but since many drivers actually forget this part of routine maintenance it is more common than you might think.

If you need to get a new fuel filter in your car it's probably going to cost you anywhere between about $50 and $150.

The starter is the electrical motor in your car that is connected to your battery. This is the first thing your battery actually starts once you turn the key in the ignition. The starter cranks your crankshaft to get the engine in motion, causing the pistons to rise in the cylinder where the fuel and air mixture will be injected, and the spark plug will ignite it to get the combustion reaction going. However, if your starter isn't able to get the crankshaft turning because it's not working then your engine can simply not get started at all and your car won't start as a result.

If you require a new starter in your car it's probably going to cost you somewhere between $300 and $600 to get it replaced. If you have a rarer of vehicle it could cost you upwards of $1,000.

The timing belt or the timing chain in your engine is what links your camshaft to your crankshaft to allow them to move in precise synchronization. If you don't have a timing belt on your vehicle then your engine simply can't start at all. Typically, this will break while you're driving because of the stress it is under when the vehicle is in motion, but it's definitely better for you if it breaks the moment you try to start your vehicle because it's going to cause less damage overall.

A typical timing belt will need to be changed every 60,000 miles to 100,000 miles or so. You can check your owner's manual to find out for sure exactly how long it is supposed to last. If you have a timing chain, it should last well over 200,000 miles but it is still susceptible to mechanical failure as well and could break.

Getting a new timing chain or timing belt in your engine can cost you anywhere from about $350 to $500 and in some cases can get to as much as $2,000 depending on the make and model of your vehicle. No more saying my car won't start at all!

When you turn your key in the ignition and the engine is not turning over, but the lights still work then that's a good sign that there's a problem with your ignition switch. Replacing an ignition switch could cost you anywhere from $200 to as much as $400.

If you need to get your ignition coil replaced it's probably going to cost you between about $200 and $400.

No Gas in the Tank

You've probably thought to yourself “My car won’t start at all!”and immediately associated it with a large problem. Any time you find your car not responding the way you expect it to, and it simply won't turn on when you turn the key in the ignition, before you call to get your car towed, do yourself a favor and check the gas tank. Obviously, it's embarrassing to think you've overlooked this, but you'd be surprised how often the only problem with a car is that someone forgot to fill up the gas tank and that's why it's not running anymore.

This can happen for any number of reasons. Maybe somebody else has keys to the car and they took it out for a drive but didn't fill it up on the way back. Maybe you were just too busy to gas up last time you were out, and you forgot about it. Maybe there's even a leak in your fuel line somewhere and that's causing the problem. It doesn't matter what the reason is, it's just a definite possibility that you want to eliminate before you start going through any of these other potential causes for your car not starting. After all, if it's as simple as getting a can filled with gas at your local gas station and then filling your tank to get driving again, it's worth it to figure that out.

Nothing is more frustrating than a car that simply won't start when you need it to. You paid a lot of money for your car, so you are expecting it to work all the time no matter what. And we all know that if it isn't starting for some reason that could definitely be an indication that you have an expensive repair bill down the road. Still, since it can happen for so many different reasons, it's good to know what could be going on so that you can check through all the potential problems one by one before you have to worry about calling in a tow truck or getting in touch with a mechanic.