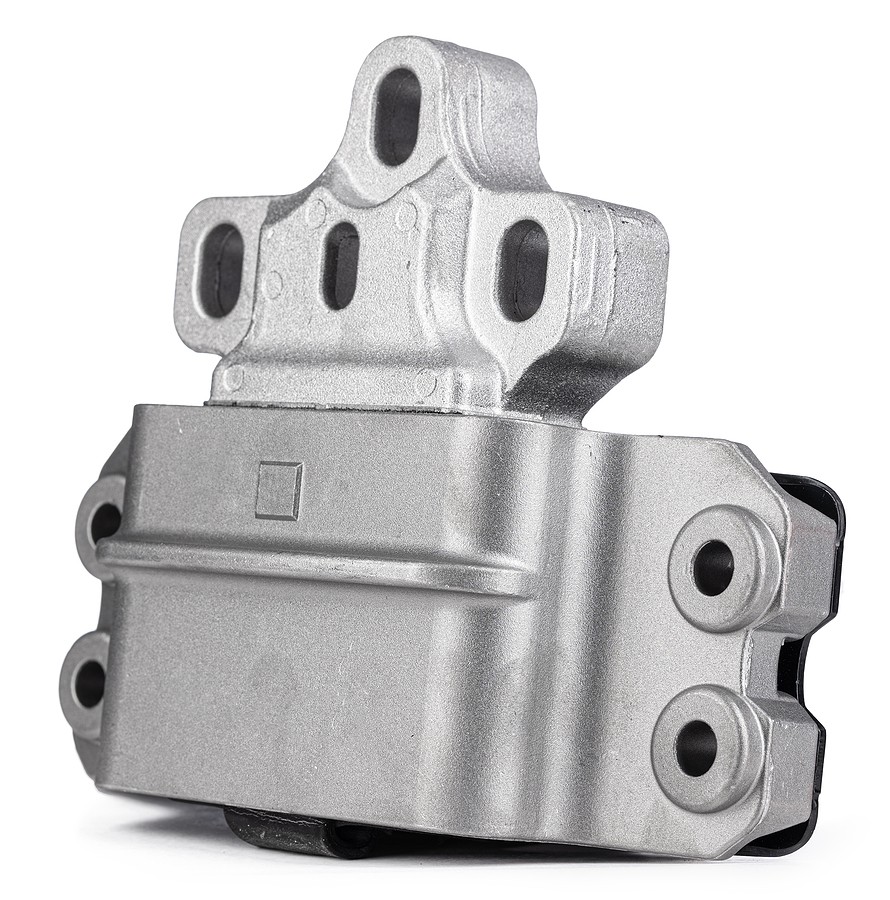 Repairing the motor mounts in your car is not the cheapest job but you're going to find. On average you can expect to spend around $200 to $800 to get your motor mounts repaired. As with most repair jobs, this can vary greatly depending on where it is in the country that you live. Even within one city, a mechanic on one side of town could charge you a couple hundred dollars more for this job than a mechanic on the other side of town. That's why it's always best to call a few places before you decide on anything.

A good rule of thumb is to check online to see the reviews a mechanic has before committing to any repair jobs. Google is really helpful in this regard and many mechanics will have dozens of reviews you can check out to get a feel for whether a mechanic is going to be trustworthy and give you a good deal or not.

Remember that the make and model of your vehicle is going to affect repair costs as well. That makes it harder to pin down exactly what you can look to pay for this kind of job, which is why the range is so considerable. Another factor that needs to be considered is that you have 3 mounts in your car, so the cost depends on how many are being replaced.

A good portion of the cost for this repair is labor. The parts are probably going to cost you far less if you can handle this job on your own. You can find motor mounts on AutoZone for as cheap as $12 a piece. Others get up around $120 each. If you're looking to buy the parts yourself, make sure you know what you are doing and that you have bought the part that you need.

What is a Motor Mount?

Motor mounts are also known as engine mounts. They are designed to secure your engine and the transmission to the frame of your vehicle. They're also designed to handle shock and vibration. That has a two-fold function of keeping your engine and transmission safe from the bumps in the road, and they also prevent the vibration of your engine from shaking through the cabin while you're driving and making the ride uncomfortable.

All motor mounts are not created equal. There are a few different materials and designs that are common to motor mounts that you should be familiar with.

Signs of a Bad Motor Mount

Depending on the kind of mounts that are in your car, there are different signs that you should be on the lookout for that could indicate your mounts need to be repaired. There are some symptoms that are universal to this problem though, and if you are experiencing these problems you definitely want to inspect the mounts to see if this is where it's coming from. As with many car problems, there could be a number of reasons for these issues to happen but keep the motor mounts at the top of your check list just to be safe.

What Happens If I Don't Fix my Engine Mounts?

Aside from the annoyance of having to listen to the clanging and feel the vibrations from an engine with motor mount problems, the longer you let it slide, the worse things are going to get.

Damage to your belts, hoses, exhaust, and other systems is almost guaranteed if your mounts all fail and nothing is done about it. You'll also end up suffering issues with handling your vehicle, which becomes a safety concern as it's much harder to drive at this point. Additionally, you can suffer severe damage to the frame and chassis of your vehicle because of the shifting engines and the impact damage that can occur at high speeds.

Car frame damage can be extremely expensive to fix, with prices reaching well over $1,000 depending on how bad it is and what part of the frame was damaged.

If an engine mount is left unrepaired for a long enough period of time, your engine will continue to undergo excessive stress well it's in motion. The vibrations and the movement can stress your engine to the point where you actually end up with a cracked engine block. The cost of repairing a cracked engine block is significant. It's actually one of the most expensive repairs that a vehicle can undergo and may set you back in the neighbourhood of $1,500 or more.

Aside from the cost associated with this excess damage to your vehicle by not replacing mounts quickly enough, the safety factor is the main concern that you need to be aware of. If your engine fails while you were driving because the mounts couldn't secure it any longer, you will lose control of the vehicle and you could potentially suffer a serious accident.  You never want to put your safety or the safety of other drivers and pedestrians at risk over a repair that could be simply taken care of when it first manifests.

When you notice signs that your motor mounts have begun to fail, it's in your best interest to get it taken care of as soon as possible.

Can I Repair My Own Motor Mounts?

Technically speaking there is no repair that you can't do yourself. That doesn't mean that trying to replace your own motor mounts is a good idea though. Practically speaking, this is simply not an option for most drivers. The reason being is that you need to lift the engine out of the car to do this repair. While we’ve seen that replacement parts can be remarkably cheap, you could get three new motor mounts from AutoZone for under $40, if you have no actual way to lift your engine then that doesn't do you a lot of good.

For that reason, this is a repair that's best left to a professional mechanic. Unfortunately, that means you're going to be paying quite a bit more for labor. The trade-off here is that this is much safer when a professional does it, and much easier since they have the equipment available to safely and securely lift an engine out of a car without damaging the car, the engine, or themselves. At the end of the day, you can't really put a price on safety. saving a few dollars to engage in a dangerous home repair isn't worth it.

Some drivers may be put off by the cost of having their motor mounts repaired, especially considering what the parts alone cost. This isn't a cheap repair by any means, but when you compare it to what you may end up paying if you let it go for too long but it's really worth your while to get this job done.

The moment you are noticing the excessive knocking and vibrations are under the hood, and if you can see that your engine is visibly leaning or moving in the engine bay then you should get to a professional mechanic as quickly as you can to have this issue taken care of. It's only going to cost you more money in the long run, and they could also end up costing your life or the lives of others, which is definitely not worth it.