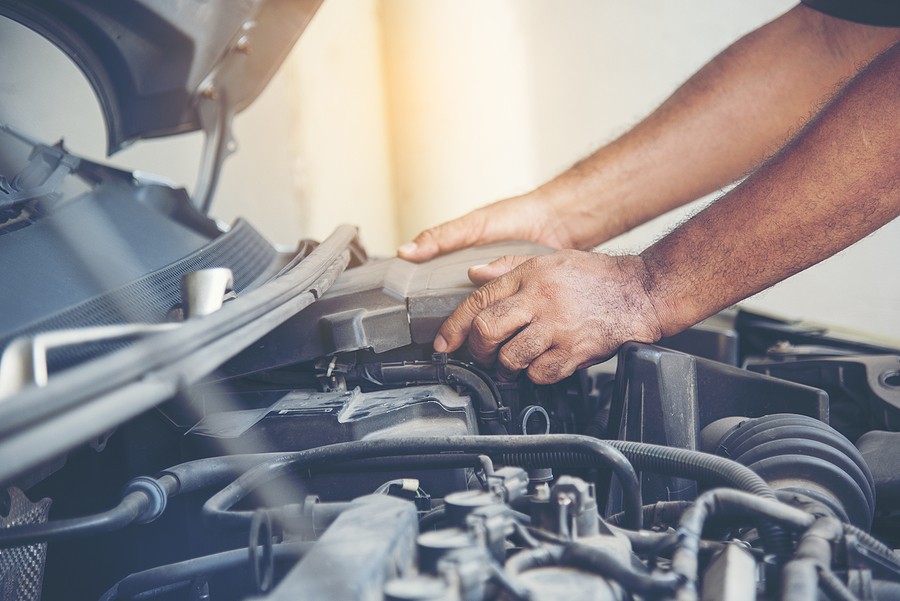 The engine is what makes the car function. It consists of various components that work together to produce energy which can move your car. Although engines are made to be sturdy, they are still prone to failure. You won’t likely ever have to replace it, but once the motor gone in car or if it goes out, then you need to prepare for the expensive repair or replacement costs. When it seems that the motor is gone in your car, your motor might have blown. You will know if it is blown when you experience any of its symptoms such as illuminating check engine light, excessive exhaust, knocking sounds, reduced engine performance, rough idle, poor fuel economy, car using more oil than usual, loss of engine power, or puddles of oil underneath your car.

Motor gone in car or a blown motor is something you don’t want to deal with. Repairing it is so expensive that you might just have to sell your car with engine problems. To make sure that you won’t get to this point, you need to be aware of the common causes of a blown motor so you can prevent it from happening. The common causes of engine damage are low engine oil levels, broken timing belts, lack of maintenance, damaged cooling system or blown head gasket, driving your car during flood conditions, or engine damage due to accidents or collisions.

Motor Gone in Car: How Do You Know If Your Car Motor is Blown?

But usually, when it seems that the motor is gone in a car, it is caused by drivers abusing the engine and not following the recommended engine maintenance and service set by the car’s manufacturer. If you fail to do the regular oil or filter changes, it can lead to the premature wear of your engine’s components. Your engine will most likely suffer overheating too which can cause internal engine damage. All of these things can happen and when the problem gets too severe, you may feel like the motor is gone in car.

To prevent your engine from suffering irreversible internal damage that can render it undrivable, you should know how to detect the early signs of a faulty engine so you can have it repaired immediately. You will know if your car’s engine is failing when you experience any of the following symptoms:

When your system has detected that something is wrong, it will immediately set off the check engine light to alert you that something needs to be checked. When your check engine light illuminates, it is best not to ignore it even if it is often triggered by some small issues. However, small issues that are ignored might lead to a more serious problem.

If you hear a knocking or rattling noise that seems to be coming under the hood that increases or decreases in speed with RPMs, it can be an indication that you have a bad engine bearing, piston, or some broken parts. The engine bearings are the ones responsible for supporting the movement of the moving engine components. If these bearings become damaged, it can lead to a severe engine problem. You may feel the motor gone in car.

The knocking noise heard under the hood is known to be a sign of a dying engine. When you hear this noise, it is best to take your car to a mechanic to have it checked and repaired. Do not attempt to drive it to prevent any further damage. Ignoring this symptom can lead to your car breaking down which can leave you stranded somewhere.

Exhaust smell should never reach inside your car’s cabin. If you notice a strong exhaust smell inside the car, it can be an indication of engine damage. Do not ignore this warning and have it checked immediately.

A car running under normal conditions will emit an odorless, colorless smoke, unless your car is equipped with a diesel engine which may emit a darker smoke compared to the gas-powered ones. If you notice excessive, visible smoke coming out of your tailpipe, take your car to an auto service shop for a check up since it might be an indication of engine trouble. If you don’t want to experience a motor gone in car or a blown engine, then don’t ignore the warning.

The excessive, visible smoke coming out of your tailpipe can mean several things. You can usually determine what caused the problem based on the color of the smoke. When you see a dark bluish smoke, it can mean that your engine is burning oil. There might be oil leaking into the combustion chamber of the engine. It can be caused by the damaged seals, worn out piston rings, and other damaged engine parts.

If the smoke has a black color, it can be an indication that the engine has incomplete combustion, causing it to burn too much fuel. It can be caused by the malfunctioning sensors, damaged fuel injectors, clogged fuel return line, damaged air filter, or some mechanical damage in the engine.

If the smoke has a grayish color, it can be hard to diagnose since it can mean a lot of things. You may need to have it inspected but some of the possible causes of a gray smoke are issues with the transmission fluid, excessive oil consumption, or a stuck PCV valve.

White smoke coming out of your tailpipe can mean that there is water or engine coolant entering the combustion chamber. You may be able to notice this kind of exhaust since it is usually dense and hangs in the air, not like the normal exhaust.

You will know if your engine has some internal problems if you notice that your engine seems to struggle to run at its normal level. You may notice that it will need some warm up time, is stalling, or struggles when you are driving uphill. If your engine is not working efficiently and is not working as well as it used to, then it is a clear indication that there is a problem and it needs to be addressed immediately. Have it checked and repaired before the problem becomes worse.

You will notice if your car is rough idling when it is difficult for it to stay on when it is stopped at a red light or when waiting for someone. This could mean that you have some fuel delivery issues but it can also mean engine trouble. It is best that you have it checked and diagnosed right away.

If you see an oil puddle on the surface underneath where your car is parked, it can be an indication that you have a leak in your engine. You will know if it is the engine oil when it has a black color and a thick appearance. When you notice this problem, have it checked and repaired immediately since when the oil depletes or the oil level goes way too low, your engine might be severely damaged. Excessive heat and friction will occur that will lead to the motor gone in car.

Motor Gone in Car: What Happens to Your Car When the Motor Goes Out?

When people say that their motor is gone in car, it can mean that their motor goes out or is blown. A blown engine is a term used to describe that the engine has been so severely damaged that it can no longer function. The only solution for it is to have an engine replacement or have it completely rebuilt. The damage is so great that most of the components of the engine are affected. There might be some damages on the engine block, intake and exhaust valves, the pistons, the rods, or the cylinders. If your motor goes out or the motor is gone in a car, your car can no longer be driven.

You can consult your owner’s manual for the recommended oil change interval set by your car’s manufacturer and you need to follow the recommended schedule. If you fail to have your oil changed, it will become contaminated which can result in some engine trouble. If this happens, the oil won’t be able to provide the needed protection from heat and friction. It is for this reason why the oil has to be replaced regularly.

If you often use your car to travel long distances, or if you are traveling for too long without having your oil changed, it can result in overheating. It can damage the components of the engine like the gaskets, seals, and many more.

Plus, if the oil level in your engine becomes too low or has no oil at all, it can quickly destroy the engine. In fact, it can destroy it in just a few minutes. The engine oil is needed for lubricating the engine’s moving parts. At the speed the engine spins, without a proper amount of oil, the metal parts will grind, slide, or scrape against each other. If left ignored, it will just seize and stop functioning completely.

The head gasket is susceptible to damage since it is constantly exposed to temperature changes and intense heat that causes it to expand and contract. When this happens, the seals can dry out and will begin to leak. If you feel that it has become faulty and you experience any of the symptoms of a blown gasket, have it checked and repaired immediately. Ignoring it might lead to more serious problems. You might want to detect this problem early since the head gasket is considered as one of the most expensive car parts to repair because of its location.

A car needs the help from its cooling system to make sure that the engine is always operating at a safe temperature. If your cooling system has some issues, the combustion process can spike up the engine’s temperature quickly, until it reaches the point that the metal parts can expand, deform, warp, or even get stuck together. When this happens, it can seize your engine and can cause it to become blown. It may seem that your motor is gone in the car when this problem occurs.

If you notice that your engine’s temperature is higher than usual while you are driving, it is best that you pull over and stop driving. Check your car for any fluid leaks. If you don’t see any, allow your car to cool down. You can keep it idle while in park and increase the engine RPMs to increase the flow of the coolant. However, if you see a leak or a puddle of fluid under your car, turn off your engine immediately and call for help. Do not attempt to drive your car until the problem is fixed.

Motor gone in car is something you don’t want to deal with. Repairing it involves lots of labor hours and spending thousands of dollars for repairs. To prevent this from happening, you need to make sure that your engine is well-maintained and has the right amount of oil. If you notice that something is off, have it checked right away.