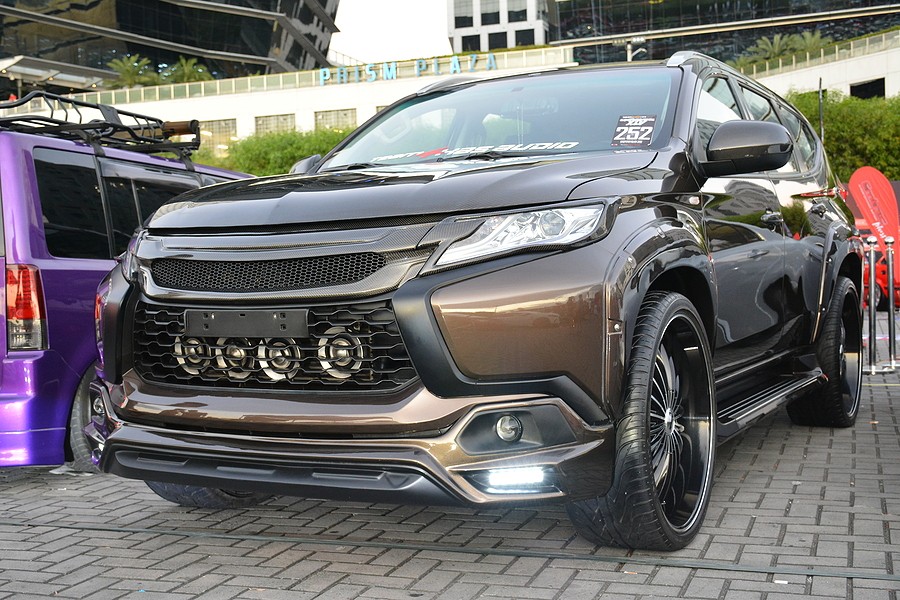 The top concern regarding the transmission involves the car not being able to shift into the correct gear during use. This typically occurs at around 72,000 miles and has a severity rating of 4 out of 10 on the scale.

Transmission Not Staying in Gear

Newer and more modern vehicles on the market depend on the car's internal computer, the electronic control unit, to direct the transmission when it should go into the proper gear based on the driver’s selection. The importance of this internal part means that you may need to have the electronic control unit checked with a diagnostic tool for any potential trouble codes in order to see if this is the cause of Mitsubishi Montero problems.

The second concern regarding the transmission category and the Mitsubishi Montero problems is that the car cannot shift properly. The most common solution for this issue is to replace the transmission at around 119,000, costing nearly $2,500 to replace.

Although delayed shifting and gear switching might not sound like the most serious issue in your vehicle, this can create further problems with your transmission and engine. This can cause the engine to overheat, leading to damage to internal parts and showing the sign of a bad transmission. Another possibility is that the computer could not allow the transmission to shift into the higher gears at all, causing severe Mitsubishi Montero problems.

In addition, if your transmission fluid and oil are too low, contaminated, full of debris, or is the wrong fluid altogether, this can also cause the problem in manual cars and other Mitsubishi Montero problems.

The transmission category’s final problem and the most severeMitsubishi Montero problem is the car being stuck in high gear and the clutch grabbing too high at around 141,000 miles.

Clutch Pedal Grabbing Too High or Too Low

If your clutch pedal is engaging very low, then this is usually an issue with the linkage or the hydraulic system that is in charge of operating the clutch. In order to fix this issue, a simple adjustment or bleeding of the system could solve the problem – granted that there are no hydraulic leaks. If the clutch pedal is grabbing very high, then this could be due to a worn clutch disc, worn pressure plate, and cause the Mitsubishi Montero problems.

Brakroblems in the Mitsubishi Montero

The second category of concern was the brakes category in the Mitsubishi Montero, with the most severe issues in the ABS light turning on during use. The most common solution is to replace the entire brake system at around $2,300 and occurring at an average mileage of 120,000 miles.

The ABS works in tandem with the VSC and is often lit-up while the VSC light will appear. ABS is the anti-braking system that can lock the brake sensor. The purpose of the ABS is to measure the speed of the tires and then transfer this information and data to the car’s engine control module.

The ABS light might come on for the reason that is specific to the anti-lock brake system. It will usually come on as the letters ABS or the letters two circles surround ABS. The anti-lock brake system is in charge of pulsing your brakes in certain situations. If the ABS sees that your wheels might lock up during use, it will activate and deactivate individual brakes and wheels.

If the engine control module notices that skidding is occurring and the wheels are not spinning the same speed, the ABS system will lock up some of the wheels and prevent the car from skidding on the slippery road. The ABS usually consists of a coil housing, a magnet, and a ring. A signal is generated by the magnetic field and is then transferred into a digital signal. After adding VSC to the Lexus, drivers are able to gain better control of their cars.

The top user concern about the cooling system involves the temperature gauge fluctuating for no reason in the car during use. The most common solution is to fix the gauge at around 74,000 miles, with a severity rating of 6 out of 10.

The main issue regarding the Mitsubishi Montero problems is the rattling noise coming from the engine, engine cooling, gasoline flow in the engine, and the vehicle speed control.

Cold Engine – In addition, the rattling noise under the car might only happen when the engine is cold, and hasn’t been properly warmed up, and needs to be driven for a while for the car’s engine to get up to speed. The rattle noise under the car can come from your car being fully warmed up and occur only after you have been driving it for a longer distance, causing the Mitsubishi Montero problems.

Accelerating and Decelerating – You might hear a rattle noise under the car when the car is accelerating or decelerating. This is putting more strain on the transmission and the engine. Also, if you notice that the rattle noise under the car more frequently occurs when your car goes over bumps, rounds a tight corner, or during some tough driving, this can be a clue as to the cause of the Mitsubishi Montero problems.

Another sign and cause of the rattling noise from under your card could be due to a bad catalytic converter. As we know, this part is a crucial piece to your exhaust system, since it is in charge of the emissions and controls the output of the gases. This piece converts the toxic gases from the exhaust and pollutants into less dangerous substances that can be reused.

The catalytic converter can be damaged over time by extensive wear and thermal shock or a sudden impact, which can result in a piece of the internal structure breaking off – and hence, causing a rattle under your car. In more extreme cases of damage, this can sound very loud and be extremely noticeable while you are driving, causing the Mitsubishi Montero problems.

The catalytic converter will not just fail by itself without any cause – something has to happen in order to cause the converter to fail. The root cause should be identified before the catalytic converter is replaced. The bad converter can also turn your check engine light on in your car and show on your dashboard in your Mitsubishi Montero.

The last category of concern in the Mitsubishi Montero is the fuel system and the propulsion mechanism through the fuel lines.

The top concern is the fuel leaking for the pump hoses. The most common solution for this issue is to replace the entire fuel pump hanger assembly for $500 and at around 165,000 miles in your Montero.

You can check for gas leaks and harmful fluids leaking in your car by inspecting your car’s underside. The easy way to do this and see if a liquid is leaking under your car is to check where your car has been parked for multiple hours or overnight, seeing if a puddle has accumulated beneath the vehicle. If the car has formed black puddles, then there are several things that you need to analyze to see the root cause of your Mitsubishi Montero problems.

Fuel tank – You need to figure out why this smell enters the cabin. One of the conditions that can lead to gas leaks is the fuel tank being damaged. Punctured or broken fuel tanks can cause gas leaks, especially if they have worn down over time. The best way to fix this issue is to remove the old tank from your car, so the mechanic can inspect the fuel tank, repair any faulty parts, or do a complete replacement of the fuel tank.

Fuel Injector – The injector leaks that can cause gas to flow from your car can be caused by leaks from the o-ring seal or the rubber. Every type of injector has a rubber seal positioned at the bottom and the o-ring positioned at the top, with these components being key mechanisms to keeping the seal formed.

Fuel Injection Line – Finding a leak in the fuel line can be a key cause of the fuel leaks and Mitsubishi Montero problems. This leak can cause a very strong fuel odor once you stop your vehicle and park the car. The fuel injection line is usually in charge of containing a higher pressure in the lines, with the pressure in modern cars ranging from 60 psi to 125 psi. If you notice any fuel injection issue, like a weak fitting, the fuel will reduce the internal pressure.

The Mitsubishi Montero is a full-size SUV that has a history of transmission problems, fuel system issues, braking concerns, and cooling system concerns. With all of these Mitsubishi Montero problems, owners may not feel 100% comfortable buying this car on the market today. Potential car owners should realize the common issues that can occur in this vehicle, like the transmission not staying in gear, the ABS light coming on, fuel system issues, and engine rattling noises that can reduce confidence in the Montero.

PrevPrevious2010 Subaru Outback Problems and Reliability
NextSigns of a Bad Transmission – Watch Out For Grinding Gears!Next