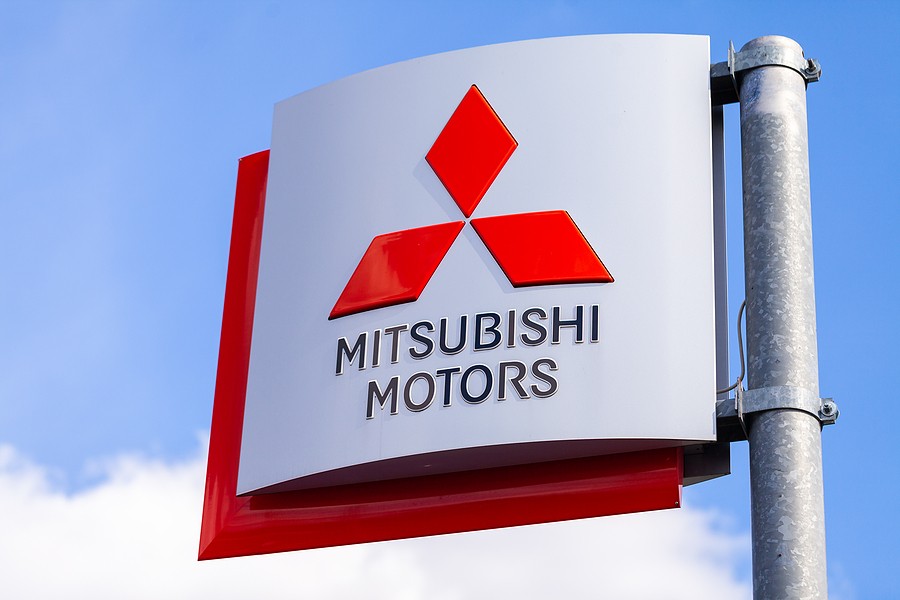 Being sold in North America, Middle East, South Korea, the Philippines, Brazil, and China, the Eclipse was last produced at the end of 2011. To determine if this is the best car for you or your family to purchase, let’s find out the top concerns from each category, showing the most severe Mitsubishi Eclipse problems.

Body and Paint Problems in the Mitsubishi Eclipse

One of the categories with the highest number of complaints in the Mitsubishi Eclipse is the body and paint category.

One of the main concerns regarding the Mitsubishi Eclipse problems in the body and paint category is the black paint fading down to the primer and base coat. The typical repair cost for this fix comes to around $500 to re-paint the coating at around 100,000 miles, with a severity rating of 8 out of 10. Owners state that paint has faded on the hood, fenders, roof, trunk, and quarter panels.

Owners stated that the car’s carpet gets soaked with water when it rains, the paint chips off on the roof and the trunk, and the roof rusts during inclement weather.

Brakes Problems in the Mitsubishi Eclipse

The second most concerning category regarding the Mitsubishi Eclipse problems is the braking system.

The most concerning complaint from car owners is the brakes not working in the Eclipse. This problem’s average occurrence is around 90,000 miles, with a severity rating of 10 out of 10. Owners state that the brake light comes on during use, the brake light turns on and off, and the ABS experiences problems in the Eclipse.

The braking system’s second concern is the brakes locking up during use, preventing car owners from stopping their car while driving. This severe issue comes to a 10 out of 10 on the severity rating, with the average occurrence of this problem coming at around 83,000 miles.

The last concern of car owners who have cited various Mitsubishi Eclipse problems is the car being unresponsive to braking. This problem’s average occurrence in their car comes to around 90,000 miles, with a severity rating of 10 out of 10.

One way to diagnose the soft brake pedal is by contaminated brake fluid.

Brake fluid is like the oil in your engine, and it is recommended to change your brake fluid once every two years. If the fluid goes too long without being changed with routine maintenance, the fluid can absorb moisture and then cause the soft brake pedal and other Mitsubishi Eclipse problems.

The engine in the Mitsubishi Eclipse has also been the subject of various issues within this make, model, and year of car. The NHTSA also cited numerous concerns regarding the engine cooling, vehicle speed control, and ninja’s functioning.

The Check Engine Light can come on for various reasons- unfortunately, it is an indicator of various Mitsubishi Eclipse problems in the car. This average mileage of this issue comes at around 128,000 miles, with the severity rating reaching a nine out of10 on the scale.

The check engine light is also known as the malfunction indicator lamp. Its job is to do exactly what it is named – to indicate any problems or malfunctions with the engine or anywhere else in the car connected directly to the engine. This light is found above the steering wheel in the instrument panel in almost all vehicles. The symbol resembles an engine and is typically lit-up in orange or red when Mitsubishi Eclipse problems.

The engine light generally has two different stages according to the severity; steady, which indicates just a minor issue, and flashing, which indicates you should immediately stop driving or get to a mechanic as soon as possible. When the light is illuminated, it simply means that something is wrong with the car – it can be as minor as a loose gas cap, not extensive Mitsubishi Eclipse problems.

The main concern in the exterior accessories category involves the doors not being able to open or close all the way, causing the door open light to be on consistently while driving. This Mitsubishi Eclipse problem typically occurs at around 35,000 miles, with a severity rating coming to 6 out of 10.

Unfortunately for the Mitsubishi Eclipse, nothing about this car is impressive in terms of comfort, style, or performance to car owners.

The only good areas regarding the Mitsubishi Eclipse compared to the competition include the favorable fuel economy ratings and the reduced price of the base model.

Besides these two positives of respectable fuel efficiency and competitively-priced model, there are no more benefits in the Eclipse. Even with these positives, they are still just average when compared to the competition.

The negatives of the Mitsubishi Eclipse include a reduced cargo space, causing the car owners not to have plenty of space for their luggage. Furthermore, road handling is less than on-par. The owners complained of a lack of steering abilities, agility, and tough handling when tackling curves and windy roads.

Also, the Mitsubishi Eclipse performance is below average when compared to other similar vehicles. The low-performance rating means that the car suffers from poor acceleration, reduced speed, poor handling, and a lack of engine horsepower. The lack of horsepower is due to the 1.5-liter four-cylinder engine in the Eclipse that only produces 152 horsepower – a far cry from other modern cars on the market.

Furthermore, this engine can produce 184 pounds per foot of torque, with the Eclipse only performing at an adequate level while driving in the city, but not on the highway or on less-crowded roads with further stretches to drive.

In addition to the engine and other performance negatives, the CVT automatic transmission and braking performance are not at a high enough level in terms of other SUVs that you could choose from.

You might know that a traditional transmission uses various parts that allow the car to shift smoothly between the preset gears. In contrast, the CVT transmission works through a pulley system to switch gears effectively. This CVT transmission consists of cows at each pulley connected to a chain belt.

The cones can either move to increase or decrease the belt diameter to change the gear ratios, allowing for quick shifting into the required ratio for added power and a boost in fuel economy. If your CVT cannot do this, it shows clear symptoms of a bad CVT transmission.

First, there might be noise coming from the CVT transmission. The transmission gears will slowly wear themselves down over time, causing strange noises to occur when shifting gears or moving out of the idle position. If you hear any loud sounds, like clanging, banging, or screeching, these could be clear symptoms of a bad CVT Transmission.

Second, muddy fluid or debris-filled fluid could be a symptom of the bad CVT transmission. If it has a slightly sweet smell and is bright red, then that is working correctly. If the fluid in the transmission starts to look murky, do what you can to get it changed immediately.

Third, if you notice a burning smell in your car, then the smell of burning something can be evidence of an overheating CVT Transmission and can be a symptom of a bad CVT Transmission. This smell is similar to rot and is a potential fire hazard, so make sure you bring your vehicle in for a fluid change before you increase the risk of a fire in your vehicle.

In addition, a very common symptom of a bad CVT transmission is that the transmission is slipping gears. This is a common problem resulting from structural problems or not enough transmission fluid, which causes the potential of gears to pop out of gear while you are driving.

Furthermore, the last key symptoms of a bad CVT transmission is that there are delays in movement. If your vehicle stalls for a second or two before shifting gears smoothly, this should be a cause for concern and can be the direct result of any issue. Car owners experience this issue common for a variety of reasons, serving as evidence for gearbox malfunction or transmission fluid issues.

Mitsubishi, unfortunately, has done little to help the Eclipse over the years keep up with the competition. However, consumers who have purchased the Eclipse have cited few concerns regarding the vehicle, with only minimal complaints being lodged over the years.

In fact, the Mitsubishi Eclipse earned a 4.7 out of 5 on Cars.com, reaching a respectable score out of 5 stars. Owners disagree with experts’ concerns, not citing issues with the engine, fuel system, or braking system as experts have. Instead, they enjoy the standard package’s value, full of features, warranties, and average performance capabilities.

Finding out the most common Mitsubishi Eclipse problems can help you prevent these issues from getting any worse over time nda harming your vehicle. By looking at the most common braking issues, like the brakes not working, the AC and heater not functioning correctly, and the interior and exterior accessories not operating at the right level, you can keep your Mitsubishi Eclipse working safely and effectively.