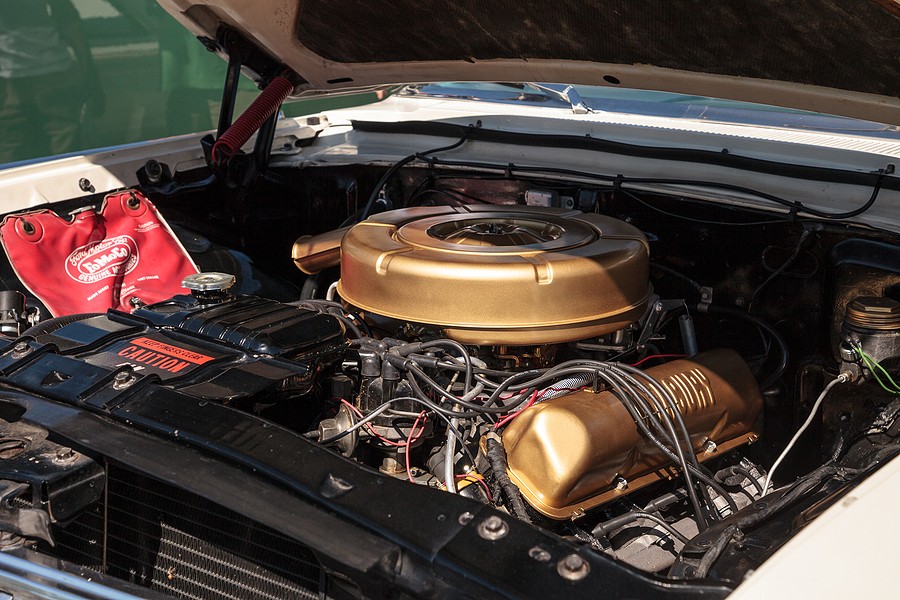 The average engine replacement cost is between $2,500 and $4,000 for most vehicles, while simply repairing an internal component can be only $500 on the low end. Knowing the pros and cons of each Mercury model can help you avoid a high Mercury engine repair cost in the future – watch out for the Mercury Marine recall!

The Mercury Cougar is a car produced by Mercury/Ford from the model years 1967-1997 and 1999-2002. The Cougar was a division of automobiles associated with two-door coupes, four-door sedans, station wagons, and hatchbacks. The class of car was typically the Pony car from 1967-1973, the Personal luxury car, the Mid-size Car, and the Sport Compact classification.

With nearly 3 million units sold and manufactured by Mercury, the Cougar is the highest-selling and most popular car on the market. However, even with its 34-year production range, the Cougar had some engine concerns that led to a high Mercury engine repair cost for owners.

The top model years of concern in the Mercury Cougar are the 1999, 2000, and 2002 model years, with the 1999 having the most overall complaints and the 2000 Cougar having the most-reported concern of the alternator failing during use.

Regarding the 1999 Mercury Cougar, the top categories of concern are the engine, electrical systems, fuel system, AC and heater, and interior accessories. The engine issues focus on the car running roughly, the engine stalling, the engine cranking but not firing, the engine revving while idling, oil leaking from the engine, and the car throwing a rod. The NHTSA also cited issues with the engine cooling mechanism and the vehicle speed control, alluding to a high Mercury engine repair cost.

Fixing the engine running roughly in the 1999 Cougar could be a pretty simple fix, which is lucky for owners. The most common solution is to clean the mass airflow sensor, costing the owner just $30 at around 119,000 miles. The mass airflow sensor is one of the key components of the fuel injection system in your vehicle, positioned between the air filter and engine. If this part is not functioning correctly, you can expect a higher Mercury engine repair cost in your 1999 Cougar.

Even with many decades of continuous production, the Grand Marquis had its faults that were concerning to owners and potential buyers. The most problematic model years were the 2003, 2005, and 2007 options, with the 2005 having the most-reported issue of the car head gasket not functioning properly. Unfortunately for owners, these prevalent issues can often lead to a high Mercury engine repair cost.

Fixing the engine blowing was usually a hefty repair for car owners, with Mercury owners having to fork over nearly $6,500 to replace the entire engine. Unfortunately for those with a Marquis, replacing the engine is one of the most costly and time-consuming repairs possible in the car. In this case, the typical replacement happened at around 77,000 miles for most owners.

The Mercury Mariner was a crossover SUV that was first produced in 2005, one of the more recent Mercury productions. Similar to the Mazda Tribute and Ford Escape, the Mariner is the Mercury’s first SUV.

The Mariner had a few problematic years during its short run of production, with the worst being the 2005, 2006, 2008, and 2010 years. The 2008 had the most issues, with some being very severe and some being minor, and having the most-frequently reported issue of the power steering failing during use.

Other categories of concern in the 2008 Mercury Mariner are the steering, the transmission, the interior accessories, and the engine. Owners state that the cars produced from the 2008-2011 model years had dangerous issues with the power steering, which was never fixed by the Ford manufacturer.

The common engine issues that led to a high Mercury engine repair cost was engine failure, the engine stalling while driving, the throttle body failing, and the throttle body performing at a low level. The NHTSA also cited issues with the engine cooling, the hybrid propulsion system, the accelerator pedal, and the vehicle speed control, all of which could contribute to a high Mercury engine repair cost.

Fixing the engine failure in this specific vehicle typically included replacing the engine at around $3,5000 and occurring at nearly 75,000 miles. Unfortunately for owners, this replacement was necessary, resulting in a high Mercury engine repair cost.

The Mercury Milan is a mid-size car sold from the 2006 to 2011 model years in just one generation, with the line developed to replace the previous Mercury sable. A 4-door sedan with a FF layout or all-wheel-drive configuration, this car had either a 2.3-liter Duratec l4 engine, 2.5-liter Duratec l4, or 3.0-liter Duratec V6 engine for the cars.

With only a few production years, one could imagine there are durability concerns in the short-lived Milan. The worst model was by far the 2010 year – the second-to-last in terms of production years. The 2010 had the most-reported problem of the power steering not working, the most overall complaints, and the most severe issues across the board.

The top categories of concern in the 2010 Mercury Milan included the steering, engine, lights, and transmission. Along with power steering failure, Milan owners complained about the electronic throttle malfunctioning, the engine stalling and dying while driving, the car losing acceleration, and the check engine light turning on during use.

Unfortunately for Milan owners, repairing one of these engine concerns often led to a high Mercury engine repair cost. The most common solution for the electronic throttle malfunctioning is to recall the throttle body or replace one of the smaller parts, costing the owner $250 at around 83,000 miles.

Another problem that requires a replacement of the throttle body is the engine stalling and dying while driving, with the typical repair cost being $380 and occurring at near y57,000 miles. Replacing these parts before the issue gets any worse can help prevent a high Mercury engine repair cost in the future.

The Mercury Mountaineer was a mid-size luxury SUV that was sold from the model years 1996 until 2010. It was a mid-size SUV that had five doors and came in either front-engine, rear-wheel-drive, or four-wheel drive options. Stylistically different from the previous Mercury cars, the Mountaineer had a more upscale vibe.

Despite being more luxurious and capable, the Mountaineer had its fair share of problems over the years. The most problematic model years are the 2002, 2003, and 2004 options, with the 2004 having the most-reported problem of a cracked rear panel. Despite 2004 having the worst issue in terms of prevalence from owners, 2002 is often considered the least reliable.

Problem categories in the 2002 Mercury Mountaineer focus on the transmission, interior accessories, body and paint, engine, and drivetrain. The most concerning engine issues are the check engine light turning on, the engine failure, engine hesitation, spark plugs failing, the intake manifold failing, and the timing chain rattling.

Fixing the check engine light can sometimes be a relatively easy fix, with you just needing to bring your car to a mechanic so they can determine the overall Mercury engine repair cost.

The Mercury Sable is a range of cars produced between the 1986-2005 and 2008-2009 model years, with the class being a mid-size car and full-size car over the decades. For the entire life of production, the Sable was the mercury counterpart of the Ford Taurus, the popular Ford vehicle produced from 1986 until 2019.

Regarding the Mercury Sable, the worst years of production were the 1997, 1998, 2000, 2002, and 2003. The 2003 had the most-reported problem of the gears not engaging, with the 2003 also considered the worst model year due to the severity of the issue and the prevalence of user problems.

Other categories of concern from the 2003 Sable owners include the transmission, electrical system, engine, and AC and heater. The most severe engine issues focus on excessive noise, rough idle, sticky accelerator pedal, and the car not starting.

Mercury produced a recall in 2019 regarding the Mercury Marine and its V6 engine, causing car issues. The Mercury Marine has the potential to leak liquid into the shit actuator, causing corrosion, wire damage, overheating, and a high Mercury engine repair cost.

Suppose the owner or mechanic fails to fix this issue. In that case, the water will eventually cause the engine to go into forced idle, resulting in a loss of control from the driver and the inability to restart the engine after shutting off.

Being aware of the most common engine concerns in Mercury vehicles can help you make a smart decision about which model is best for you to purchase. Knowing the average price of an engine replacement is between $2,500 and $4,000 will surely deter you from buying a problematic or unreliable Mercury model!