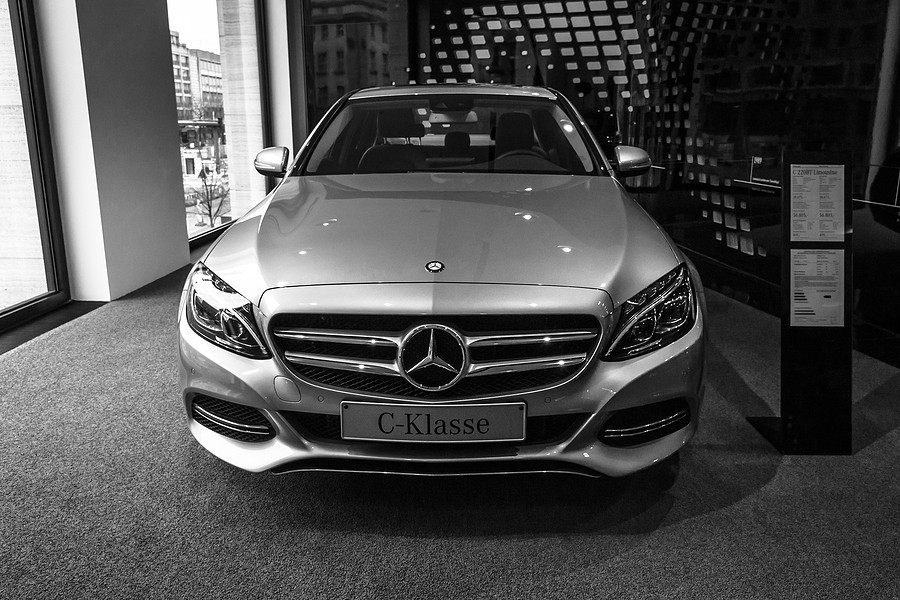 While there could be a number of causes that you’re having Mercedes C220 CDI starting problems, the 3 most common reasons are a failed battery, a failed starter or the alternator already has a problem. This article walks you through some of the specifics about the Mercedes C220 CDI (Common Rail Diesel Injection) as well as the components that might be to blame with starting issues, and what steps you can possibly take to try to correct each of the issues.

Mercedes C220 CDI Starting Problems: What to Do

If you’re dealing with Mercedes C220 CDI starting problems and no lights are also coming on in the dashboard plus no other electrical accessories are working then it could be the battery that has gone completely dead. The battery and the vehicle’s electrical system could no longer establish a connection. So in this case  check your car’s battery terminals if they still look tight. If the battery has gone completely dead you might start trying to jump start and it might help.

If you’re having Mercedes C220 CDI starting problems with no start, no sound/crank as you turn the ignition key to the “Start” position, then it could mean that the starter motor isn’t turning over the engine. A low/dead battery or a lack of communication between the battery and the starter are the most common causes.

Test the terminal cable connections and the battery. If the battery posts and cable connections appear to be severely corroded, clean them or replace them before attempting to start the engine. Check the starter as well. The solenoid at the top of the starter, as well as the internal components, could fail. Replace the parts such as starter solenoid, contacts and assembly, or give the starter circuit a fix as required.

If you’re having Mercedes C220 CDI starting problems with the car making a clicking noise from the engine compartment upon turning the key to the “Start” position and  the engine won’t crank then it could be caused by a low charged battery or by a poor connection between the battery and starter.

If you’re having Mercedes C220 CDI starting problems with engine cranking then there could be many possible reasons but it couldn’t be a battery or a starter issue. A vehicle will always need the right amount of air, fuel and ignition to operate.

When this happens then take a look at a few different car components and that includes the fuel pump, fuel filter and injectors, and fuel lines as well. It could be an air leak in the fuel lines or the injectors or fuel pumps need to be replaced. While some of those possible reasons are far fetched they still do have an effect on your starting system. Start looking at your fuel injectors to make sure that they are clean.

When a fuel problem has been ruled out then the electrical spark could be the issue and it’s not getting through to the spark plugs. So examine the spark. The engine will not be able to operate if there is no spark to ignite the fuel mixture in the combustion chamber. While it can “crank over” or switch over it will never be able to run. But also take note that the issue with sparks isn't limited to the connectors. The next step is to examine the distributor or module, the spark plug cables and the distance between the plugs. Both of these components have a significant impact.

They're also surprisingly cost effective, particularly when compared to BMWs and other high-end vehicles. But there are also a few common flaws that appear across the board. Besides the Mercedes C220 CDI starting problems these are the other flaws you might encounter in this car model and other Mercedes C-class vehicles:

An issue with Mercedes-Benz C-Class vehicles manufactured in 2007 has been widely documented. The engine's electric connections often fail to communicate with the crankshaft sensors, causing the car to shut down and stop running. When this happens then you will need to take the car to a mechanic to fix this issue because the engine will need to be fully reset to work with the vehicle's electronics.

There is a proven steering issue with the 2011 Mercedes C-Class. You can bet that issues with the power steering pump and fluid line are to blame if you hear odd noises when you turn the wheel and the car appears oddly unresponsive. Typically, there is a leak, with fluid from the line entering the pump incorrectly. If these parts are damaged, they will need to be replaced completely.

Many of Mercedes C-class cars from 2010 have inadequate brakes due to a widespread problem across the range. In a large percentage of the cars, it seems that the wrong kind of discs were mounted. So, if you own a car from this age, it's worth taking it to the mechanic and making sure the brakes are in working order.

The air hoses are one of the most important reasons to get your Mercedes C-Class serviced on a regular basis. The tell-tale signs to keep an eye out for are a decreased amount of power from the accelerator or the engine shutting down entirely, as many 2011 models have experienced repeated problems with this aspect. Due to issues with the component when assembled by the technician, cracked, frayed, and broken air hoses may be the culprit.

In the auto-locksmith industry, Mercedes lock problems are legendary. This is due to the design of the transponder chip, which prevents the keys from being duplicated. Many C-Class owners want to have an extra key in their car just in case one breaks, ensuring that they have access and control to their vehicle at all times.

This sophisticated feature aids you in getting the most out of your Mercedes when driving, but it can also work against you when it comes to vibrations. Faults in the active driving sensors, which most often manifest as vibrations that affect the driving stability, are one of the most frequently recorded faults with the C-Class. Many of the sensors would need to be replaced if this issue arises.

As with any vehicle, it is always worth having a daily service if you own a Mercedes C-Class. This iconic German car is a great option for modern motoring, and despite a few issues reported across the range, it is a sturdy and reliable family car that maintains its good looks for years on the road.

The Mercedes C-Class is a very safe car that comes with a lot of safety equipment as standard, with even more available as an option. The engines have already proven their dependability, so you shouldn't have any problems in the future. Its new parts, however, do not come cheap. But as long as you remain on top of service, then you should be okay.

Though conventional oil can be used in many Mercedes-Benz models, synthetic oil is highly recommended, although it can be more expensive. They will improve the function of the engine and enable cars to perform at a higher level. In fact, conventional oil is processed from crude oil with a variety of additives that change the viscosity.

Viscosity describes the way oil flows, so conventional oil can operate and flow better at certain temperatures. Conventional oil additives also assist in engine cleaning and friction reduction. Synthetic oil is refined oil, but the process is more involved and advanced, so it flows better at all temperatures and has less pollutants that cause engine problems.

Though synthetic oil has many advantages, one of the most important is that it lasts longer than conventional oil. You won't have to adjust your oil as much if you use a high-quality synthetic oil, saving you time and money.

Synthetic motor oil has a positive impact on performance as well. Synthetic oil performs better and flows quicker in extreme summer and winter temperatures than traditional oils, and it can increase horsepower. Overall, synthetic oil lubricates and cleans the engine better, resulting in a cleaner, longer-lasting engine. With a little more spending, you'll save money in the long run.

There is no definite way of knowing how many miles or years a Mercedes will last or how many miles it will run. Some models have minor problems as early as 50,000 miles, while those with regular car maintenance service can go more than 200,000 miles.

So many things can cause your Mercedes C220 CDI starting problems and hopefully this article is able to guide you unravel what could be going on in your car for its non start. The list goes on and on. But covering all items above would have gotten you to almost all possible reasons. Also take note that you can always use a professional diagnostic scanner. When you attach a professional OBD II scanner to your car's OBD-II port, you'll be able to scan several systems to determine what's causing the issue.