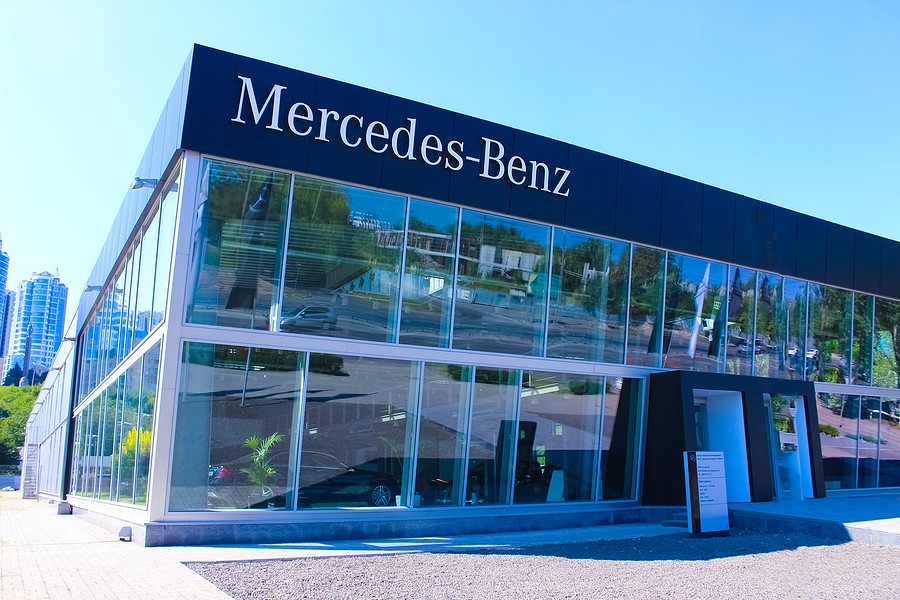 For decades, Mercedes Benz has set the standard in terms of style, performance, and of course technology for vehicles in its class. As technology continues to evolve and become more advanced we can expect Mercedes Benz cars to become a lot more technical. From Active Stop and Go Assist which ensures that your car is a safe distance from the car in front of it and the Exit Warning Function which warns the driver to not open their door if an oncoming car is coming too close there are so many cool technological features.

The German automaker is always seeking ways to evolve the technology used in these lines of vehicles. While such innovative technologies improve consumer’s driving experience it also leaves them susceptible to electrical faults. Yes, Mercedes Benz's electrical problems can be incredibly frustrating especially when it comes to the newer models.

How To Spot Electrical Problems

Electrical problems in a Mercedes Benz are typically easy to spot. If you’ve been experiencing the following:

The 2021 Mercedes Benz has more than ten new technological features that were designed to enhance its performance and the overall driver experience. However, some areas such as the navigation and entertainment system, headlight assemblies, and the body wire harness are especially prone to electrical issues.

Engine and Body Wire Harness Electrical Problems – When exposed to excessive heat the engine and body wire harness can start to wear prematurely. Constant exposure to harsh weather conditions can cause the wiring to become very brittle and eventually start cracking. As a result, the wires can shorted circuits can develop in the wire harness. Also, the wire harness on the Mercedes Benz is covered in plastic insulation. Over time the plastic insulating material starts to chip off which leaves the engine and body wire harness more vulnerable to electrical problems.

Navigation and Entertainment System – The Mercedes Benz is equipped with a top of the line entertainment and navigation system. Numerous consumers have reported experiencing recurring issues from the infotainment system. The radio head unit is located underneath the dash and uses a large touch-screen display which in most models is prone to failure. Frozen touchscreen display and failed BlueTooth connectivity are some of the top electrical problems reported by consumers. When the radio unit fails using the navigation system which is controlled through the infotainment system becomes impossible.

Brake Monitor Sensors – Every Benz has two brake pad monitor sensors; one on the front passenger side and one in the rear. As the brake pad wears and the rotors become exposed, the brake pad monitor which consists of a wire harness is cut by the rotors when this happens. The brake sensors let the drivers know that it’s time to replace the brake pads. The brake monitor sensors should be replaced every time new brakes and pads are installed. When the sensors aren’t replaced it will constantly trigger the brake warning light.

Seat Control Harness – The seat control harness can also become easily damaged. In the Mercedes Benz, the seat electronic control units are located right under the front seats. Something as simple as a water bottle rolling back and forth under the seat can wear out the wire harness on the seat control modules.

There have been over 46 electrical problems reported on the Mercedes Benz C-Class since it was first manufactured in 1996. Here are a few of the top electrical issues that consumers have been experiencing with this Mercedes model:

The 2008-2009 C-Class Mercedes Benzs often experience electrical problems related to the tail light. Drivers have reported repeatedly getting a warning light that the tail light and the turning light bulb needed to be replaced. However, when the taillight assembly was inspected the wire harness appeared to have burned off which is what triggered the warning light on the dashboard. This electrical issue has even caused burning on the plastic tail light assembly and the taillights were dim.

The Mercedes Benz E-Class is known to have a plethora of electrical issues. Check out some of the top complaints consumers have made regarding the E-Class’s electrical system:

A faulty ignition system that caused the car to stop and the engine to stall is one of the top complaints about the E320. The ignition system which was prone to premature wear would cause the steering wheel to lock up while in motion. Eventually, the key will no longer be able to start the vehicle. Sometimes the ignition becomes jammed or it isn’t able to ignite the spark plugs or the car wouldn’t be able to recognize the key.

The steering wheel harness often gets shorted or ends up coming apart. As a result, this would disable the airbags. This is a major safety defect.

Perhaps one of the most common problems found in the Mercedes Benz E350 was the electronic transmission. According to some consumers who have been driving the vehicle constantly for an hour or more, the car would automatically shift into park or reverse when driving at low speeds.

The Check Engine light flashing on and off for days at a time is a problem experienced by most E-Class Mercedes owners. When the Check Engine light comes on the engine doesn’t stall or shut off. In fact, the vehicle appears to be in great condition. It can cost several thousand dollars to install a new Check Engine sensor.

G-Class Mercedes Benz consists of mainly luxury sport utility vehicles. Although these SUVs come with a hefty price tag they aren’t immune to the electrical problems consumers often experience from this brand.

Numerous consumers have complained about weird, unexplainable electrical problems with their Mercedes Benz. We compiled a list of a few of the mysterious electrical issues that have been posted on Car Complaints and the Mercedes Benz official forum.

Several Mercedes Benz owners have been frustrated by the door open warning message that continues to illuminate on the instrument cluster panel even when all the doors are shut tight. Even when the car was started and in motion, the “Open Door” warning light would illuminate.

Mercedes Benzes have a rain sensor located right above the rearview mirror. When the sensors fail the windshield wipers tend to come on automatically at random times when it's not raining. This can be incredibly frustrating. Owners will have to have the sensors replaced to solve this problem.

Most of the newer Mercedes Benz is equipped with the Park Assist feature. When the Park Assist sensors start to fail the warning light comes and indicates that you are too close to another car when that’s not the case.

Several models have been plagued with a mysterious electrical problem that prevents the car from shutting off even when the key isn’t in the ignition and the instrument cluster is off.

Troubleshooting electrical problems in a Mercedes Benz can be a challenge. After all, a car is made up of a plethora of wires and circuits especially if it’s equipped with lots of technological features. Oftentimes there is more than one issue masking the diagnosis. Therefore, simply replacing the faulty part won’t work because there may be an open circuit or a shorted wire that caused the problem in the first place.

You can start by visually inspecting all the wires in the affected area. Search for damages, burned or frayed wires, and components. If you find a damaged wire, replace it and see if that solves the problem. If it doesn’t you’ll need to replace the component.

Whenever random electrical issues pop up in these vehicles one of the main ways to diagnose the problem is to inspect the SAM modules and the control units. The Signal Acquisition Module receives and processes data from sensors, controllers, and switches. The SAM can activate various components and monitor systems. A good OBD II scanner that’s capable of reading Mercedes Benz codes can help pinpoint the exact problem.

Electrical problems occur after exposure to water. Is it possible that your car has sustained water damage? Some drivers have complained about rain damaging the electronic transmission due to the sunroof which never closed properly. You’ll be surprised at how just a small amount of water can cause your car’s electrical system to go haywire.

Specialized electrical testing tools such as a digital multimeter are effective at measuring voltage, resistance, amperage, and pulse width. Digital multimeters may be used to verify the presence or absence of voltage in specific wires and circuits. You’ll also be able to test all the fuses without having to remove them.

The battery doesn’t just keep your car running but it also regulates your vehicle’s electrical system. A defective battery doesn’t charge properly which in turn drains the alternator and this has a negative impact on the voltage regulator. Intermittent electrical problems are usually the result of a bad battery, loose or corroded battery connections, and a failing alternator.

However, it’s the maintenance and repair costs that can be problematic if you don’t have the necessary funds to keep up with this luxury vehicle. The average annual repair cost for a Mercedes Benz is about $900. Diagnosing and repairing electrical problems can cost anywhere between $100-$1500 and sometimes more depending on the issue.

When you are having an electrical fault repaired on your Mercedes it’s important that you have your vehicle serviced by a certified Mercedes specialist. You might be tempted to take your car to a mechanic who has experience with electrical faults but the car will end up needing to be fixed by someone with experience working on Mercedes Benzes because the parts will be fitted improperly or they may not know how to correctly read the Mercedes error codes.