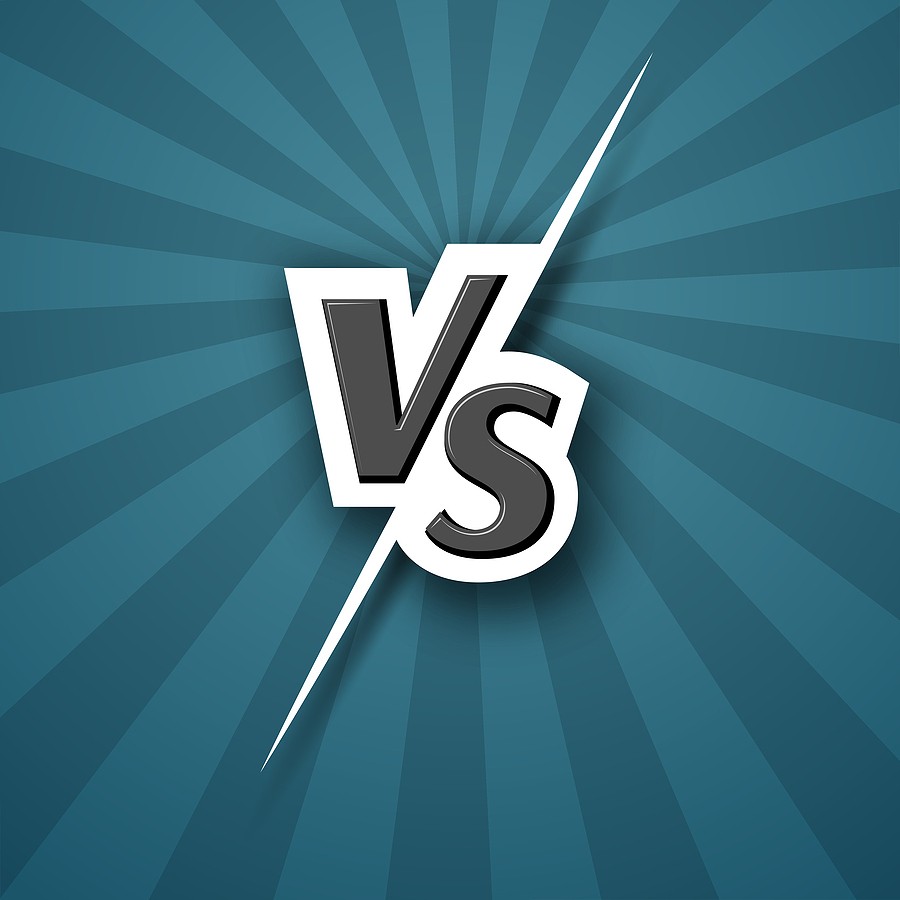 Two of the most popular fuel additive brands now are on the hot seat as people ask which one is better. Marvel Mystery Oil vs Seafoam, the debate continues. Let us go through each of these products, know what makes them popular today, and if one is better than the other.

The engine is where the magic happens. It is known to be the heart of the car that pumps it into life. It is the one responsible for converting the heat from burning gas into energy that makes the wheels turn. That is why you need to take good care of your engine to ensure that it will last longer and lessens the risk of a car breakdown while you are driving.

One way to take good care of your engine is by making sure that it is well lubricated. Engine oil plays a critical role in the engine’s overall performance. Engines have moving parts that tend to rub against each other which produces friction. The engine oil can prevent this from happening and cooling them down at the same time but sometimes it won’t be enough since they are also prone to contaminations. It happens over time, this also makes the engine susceptible to internal clogging, corrosion, and carbon deposits. This can cause the engine to lose power and break down eventually. Fortunately, there are fuel additives available in the automotive market today that can help keep the engine from contaminations.

Engine needs oxygen to burn the fuel inside it and for this reason, it should have a good oxygen intake system inside it. This system provides an easy flow of oxygen into the engine that helps the fuel combustion. Although oxygen plays an important role in the fuel combustion process, it is also the one that could cause engine corrosion as it gets in contact with the metal parts of the engine. These metal parts get corroded over time and will gradually break down. Products like Marvel Mystery oil and Seafoam can help slow down this process significantly when used.

The corrosion process usually intensifies during winter seasons, when the temperature drops. This happens because water condenses inside the crankcase and cylinders and this speeds up the corrosion in the engine. Marvel Mystery and Seafoam can help prevent corrosion or slow it down. But in cold weather, Marvel Mystery oil has an advantage. Oils usually get thicker when the temperature drops. But the Master Mystery oil seems to be better in preventing this from happening. For this reason, it is a better choice since it helps reduce water condensation from happening in your engine which also reduces the corrosion. Seafoam can also help reduce it, but when it is cold, it becomes less efficient.

There are many factors why your vehicle suddenly consumes too much fuel leading to a bad mileage. Faulty fuel injectors is one. This happens since every time you turn your car off, a few drops of fuel piles up on the fuel injector which will harden over time. This build up can cause the flow of the fuel to be blocked which causes an increased fuel consumption. Bad air filters can also be a reason for a bad mileage. It is known to decrease your gas mileage by 20 percent. Marvel Mystery oil and Seafoam can help correct these two causes of bad mileage. They can dissolve and get rid of the fuel residues in carburetors and fuel injectors and they can also clean and lubricate pistons, cylinders, and intake valves. Both of these products can help improve your gas mileage and maintain your engine’s efficiency. It is hard to pick a winner in this round.

Fuel combustion, as important as it is, can have some negative outputs. Aside from the oxygen that causes corrosion as mentioned above, it also creates a byproduct called carbon. Carbons can cause harm to your engine if it is not removed. One of the solutions for this problem is by using additive products like Marvel Mystery oil and Seafoam. These products can help since they can easily reach the carbon deposits and flush them out of the engine system. They can reduce the carbon build ups and help reduce the internal friction as well.

Although fuel or oil additives can help with carbon deposits, keep in mind that sometimes these deposits need more than just adding Marvel Mystery oil or Seafoam. There are instances where you need to do a manual cleaning on some part of your engine like the throttle body. Parts like the fuel injector ports, intake valves, and the combustion chamber can be cleaned by using Marvel Mystery oil or Seafoam.

If you are using your vehicle regularly or on a daily basis, then fuel stabilizers aren't something you should worry about since you will be using your fuel before it goes bad. Fuel stabilizers are only needed when you won’t be using your car for a while. Leaving fuel in your tank for a long period means trouble since it can get spoiled. Marvel Mystery oil and Seafoam work as a fuel stabilizer too. All you have to do is pour the recommended amount of the chosen stabilizer into the tank. Be sure that you use the right ratio – 1 ounce of Seafoam for every 1 gallon of fuel and 4 ounces of Marvel Mystery oil for every 10 gallons of fuel. So if your vehicle can be filled up with up to 15 gallons of fuel, you will have to put 6 ounces of Marvel Mystery oil at every fuel fill up.

Between the two additive brands, Seafoam wins this round. It gives better results when it is added into the fresh fuel and can stabilize it for up to two years. Just remember that after it has been stabilized, you need to run the engine to allow the treated fuel to reach into the fuel injectors and carburetor passageways. Trust the Seafoam to help your fuel last longer. It is also a petroleum-based product so if you accidentally poured more than the recommended amount of it in the fuel tank, there is no need to worry because it won’t harm your fuel and your engine.

Engine wear and tear is inevitable, it is bound to happen especially if you are always using your vehicle. Although it is normal for it to wear down eventually, it doesn’t mean that you won’t do anything about it. You still have to take good care of your vehicle to maintain it and slow down the process.

Marvel Mystery oil and Seafoam are additives that can also work as lubricants. They can lubricate the engine parts that cannot be reached by the motor oil. They also help the engine last longer as they clean and flush carbon build ups away, reduce engine corrosion, and prevent some engine issues like stalling and hesitation. These two additives also boost the vehicle’s fuel economy, help improve the engine performance, and maintain its system in the best state. Declaring a winner in this round is difficult since both have been known to deliver positive results.

Marvel Mystery oil can be bought online, gas stations, or at the retail shops. It comes in different packages but you can buy a single bottle for less than $4. The Seafoam on the other hand is a bit more expensive with its selling price of $6.97 for a 16oz bottle. The Marvel Mystery is more friendly in the budget since you can buy larger quantities at a lower price. But there are car owners who choose to buy the more expensive Seafoam since it has been known to improve their engines’ performance.

How to Add Marvel Mystery Oil and Seafoam

Adding Marvel Mystery oil and Seafoam in the engine use the same process. You can either pour it directly in the tank or in the crankcase.

How to add in the engine?

Adding Marvel Mystery oil in the engine helps it enhance the lubrication and reduces sludge and contaminations. To add it into your system, you need to replace 20 percent of your engine oil, whether it may be synthetic or conventional, at your next oil change. If your car’s engine has an oil capacity of 5 quarts, replace one quart with a quart of Marvel Mystery oil. Do this every oil change to enhance your engine’s performance. It can also be added to your engine oil 300 to 500 miles before your next oil change schedule. Keep in mind that you need to put a fresh batch of this additive after every oil change.

For adding Seafoam to your crankcase oil, you will need to add 1 to 1.5 ounces of it to each quart of oil for all 4-cycle gasoline, diesel, and rotary engines. Each can of Seafoam can treat up to 16 quarts of motor oil. You can add it in your oil whenever you have your regular oil change maintenance. You can simply pour it into your engine’s oil filler neck.

How to add in the fuel?

For Marvel Mystery oil, you can add it every fill up. The perfect ratio is 4 ounces for every 10 gallons of fuel. If you use it regularly, it can help improve your fuel economy.

For Seafoam, you can add 1 ounce of it for every 1 gallon of fuel for regular maintenance usage and 2 ounces of it for every gallon if it is used for cleaning purposes. However, the Seafoam’s exact amount to be used really depends on what type of vehicle you have and what part of the system you want to clean. You can also add it when the tank is low to maximize the cleaning action.For treatment purposes, you can add it in your fuel every 3,000 miles.

Marvel Mystery Oil vs Seafoam: the Pros and Cons

Both the Marvel Mystery oil and the Seafoam are among the best fuel additive brands for years since they both are experts when it comes to reducing rust contaminations and removing carbon deposits. Although both of them give positive results, they have some advantages and disadvantages. Here are few of them.

For its pros, this additive brand can prevent fuel injector clogging, helps lubricate the engine’s parts, works well in low temperatures, reduces the risk of engine failures, slows down corrosion or rusting process, cleans sludge and contaminations, and removes carbon deposits. It is also cheaper. As for its cons, failing to follow the correct ratio of this additive when mixing it with fuel can have negative side effects and its fuel stabilization capabilities still have room for improvements.

Its pros include longer fuel stabilization capability that can last up to two years, efficient cleaning capabilities, keeps engine and the fuel system last longer, helps lubricate the inside layers of the engine, and can help reduce engine noises. For its cons, it is not that efficient at low temperatures and it is more expensive than most brands.

Marvel Mystery oil vs Seafoam, is a battle where you can’t really declare a winner. Both have strengths and weaknesses in each category. They are two of the most popular fuel additive brands in the market today so picking one won’t be a bad decision. Carbon build ups, internal clogging, degrading engine performance, and bad mileage are some of things that could happen over time. Knowing that there are products available in the market that can correct all of these, it will be worth a try. Marvel Mystery oil and Seafoam have been in the market for years and their reputations speak for themselves. Both products are known to be very effective in keeping your engine system and fuel clean. A clean engine that can use its full power will give you a better, smoother ride and a great fuel efficiency.