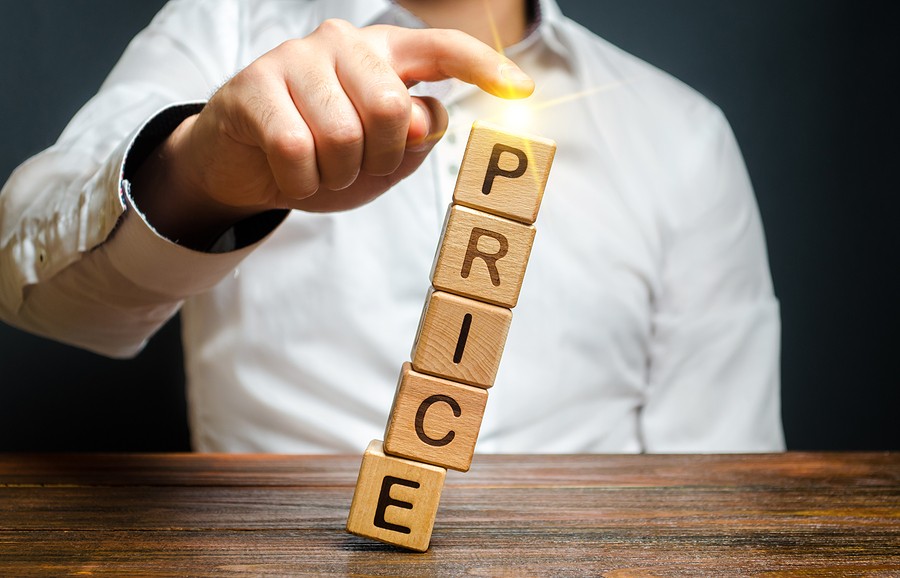 If you don’t know a whole lot about cars, then your car’s manifold absolute pressure sensor might not be on your radar. Better known as a MAP sensor, it plays a very vital role in the operation of your engine. If your MAP sensor has gone bad, it’s a problem that you should get fixed right away. You’ll have to pay the MAP sensor price to replace the sensor so that it starts working the way it’s supposed to again. Want to know what it’s going to cost you to do MAP sensor replacement? Learn all about it below.

What Is a MAP Sensor?

Before we talked about the MAP sensor price that you’re going to have to pay to replace your car’s MAP sensor, you need to know what exactly a MAP sensor is and how it helps your car to run right. A MAP sensor is one of sensors that is strategically positioned in your car’s engine on top of your intake manifold, and it works in conjunction with your electronic control system. It provides the electronic control unit, also known as the ECU, with information on everything from the air density in your engine to your engine’s air mass flow rate so that your ECU can calculate how much air and fuel to push through your engine.

Why Is Your MAP Sensor So Important?

From the second that you start your car up and allow it to idle, your MAP sensor will be working hard to send essential data in the direction of your ECU. In addition to the factors that we just mentioned, your MAP sensor will also provide data on things like engine load, spark advance, fuel injector pulse, and more. It also takes the atmospheric pressure into account and keeps an eye on whether you’re pressing down on the gas or brake when driving your car so that your ECU is well aware of what’s happening and adjust your air/fuel ratio accordingly.

As you might imagine, there is a lot riding on your MAP sensor and its ability to do its job. If it’s not working properly, it can result in issues with your ECU and, to a further degree, your engine as a whole. It could also potentially do damage to other parts in your car if you drive around with a bad MAP sensor for too long (more on that in a few moments) and it could even affect your fuel economy. So while your MAP sensor might not be one of the first parts you think of when it comes to maintaining your car, it’s clear that it’s worth paying the MAP sensor price the next time yours needs to be replaced.

How Long Does a MAP Sensor Last?

Now that we’ve broken down what a MAP sensor is and why it’s so important to the well-being of your car, you might be worried about it breaking down. The good news is that you probably aren’t going to have to be concerned about it conking out on you anytime soon. That’s because most MAP sensors are designed to last for up to 150,000 miles, if not more, before giving out.

That being said, there is no guarantee that your car’s MAP sensor is going to last you that long. If you don’t put high-quality fuel into your car and if you don’t take good care of your car over time, you might not be able to get anywhere near 150,000 miles out of it. It’s why it’s a good idea for you to keep a close eye out for any signs of trouble with your MAP sensor.

How Do You Know If Your MAP Sensor Is Bad?

The most obvious sign that your MAP sensor might be bad is going to be your car’s check engine light coming on. Oftentimes, this light will rear its ugly head when a car has a bad MAP sensor. The check engine light could also indicate a wide range of other problems, though, so you should also keep your eyes peeled for other signs of trouble. Take a look at a few of them below:

Almost all of the problems that we just mentioned can be caused by things other than a bad MAP sensor. That can make it tricky for you to self-diagnose the issue at hand. But they could all also be the result of a bad MAP sensor. You’re going to want to begin investigating the MAP sensor price at that point.

Can You Drive Your Car With a Bad MAP Sensor?

Prior to realizing that they have a bad MAP sensor, there are a lot of car owners who will drive around with one in their vehicles. It’s not impossible to drive a car when it’s in need of a new MAP sensor. But it’s not necessarily advisable to do so since it can cause complications in your car and even do damage to it that could force you to replace more than just your bad MAP sensor.

When your MAP sensor isn’t firing on all cylinders, it’s going to send the wrong amount of fuel and air through your engine, which could result in your engine sustaining damage over time. It won’t get damaged right away, but it could start to cause issues for you within just a few weeks. A bad MAP sensor can also do damage to your exhaust system and, more specifically, your catalytic converter when it produces harmful emissions.

Who Should You Trust to Do MAP Sensor Replacement?

If you’re someone who spends a great deal of time working on cars, including your own car, replacing a bad MAP sensor isn’t the most difficult job in the world. You can probably have your old MAP sensor out and your new MAP sensor in within just about an hour or so, if not less time than that.

But if you’re not super familiar with cars or, worse, if you’ve never worked on a car before in your life, replacing a bad MAP sensor isn’t a job you should try and tackle on your own. Instead, you’re going to want to leave the task up to a qualified mechanic who knows their way around a car’s engine.

But regardless of whether you replace your MAP sensor yourself or have a mechanic do it for you, the important thing is that you have it done quickly. As we touched on a little bit ago, you don’t want to drive around in a car that has a bad MAP sensor in it for too long. As soon as you notice that your MAP sensor might be bad, you want to have it replaced for the right MAP sensor price.

Most reputable auto repair shops will have no problem at all scheduling you for service when you spot any of the signs of a bad MAP sensor listed above. They’ll pencil you right in and make sure that you’re able to replace your old MAP sensor with a new one within just a day or two in most cases.

What Is the MAP Sensor Price?

At this point, you should know almost everything there is to know about MAP sensors and the importance of replacing them when they’ve gone bad. The only thing you don’t know right now is the MAP sensor price and what it’s going to cost you to have MAP sensor replacement done when yours isn’t working the way it’s intended to anymore.

So, what are you going to have to budget when you need a new MAP sensor? The average cost to have a new MAP sensor installed in your car is currently somewhere between $150 and $200. The MAP sensor itself is going to run you right around $100 to $130, while the labor costs associated with MAP sensor replacement will be priced at around $50 to $60. That means that the MAP sensor price won’t set you back too much in the grand scheme of things.

Is MAP Sensor Replacement Worth It?

You’re going to have to sit down and debate whether or not to do a lot of different auto repair jobs. If there’s a job that is going to run you well over $1,000 or several thousand dollars, you might not want to take it on. But generally speaking, MAP sensor replacement isn’t a job that’s going to fall into this category.

As we just explained, the MAP sensor price is very low compared to the prices that come along with doing other auto repairs. When you consider how important the MAP sensor is to your car, replacing it for under $200 in most cases is almost a steal. There aren’t many important auto parts that are going to cost that little to replace.

Still, you might want to think about whether or not you want to pay the new MAP sensor price if you have an especially old car. The MAP sensor that you’re replacing could be the first of many parts that will need to be replaced in the weeks and months to come. You may want to opt against replacing your MAP sensor and junk your car instead to avoid more costly repairs down the line. It all depends on the age of your car and the condition that it’s in.

Can You Sell a Car With a Bad MAP Sensor in It?

If you have a bad MAP sensor in your car or if you have another problem with your car’s engine and you’re not willing to fix it, you have other options. You can sell your car to junk car buyers if you would like and get cash for your car despite its current condition.

Cash Cars Buyer can make you a fair and competitive offer for your car even if it has a bad MAP sensor in it. We also don’t mind making offers for cars with other bigger problems. Get in contact with us today to see how much you might be able to sell your old car for if the MAP sensor price is too steep for you.