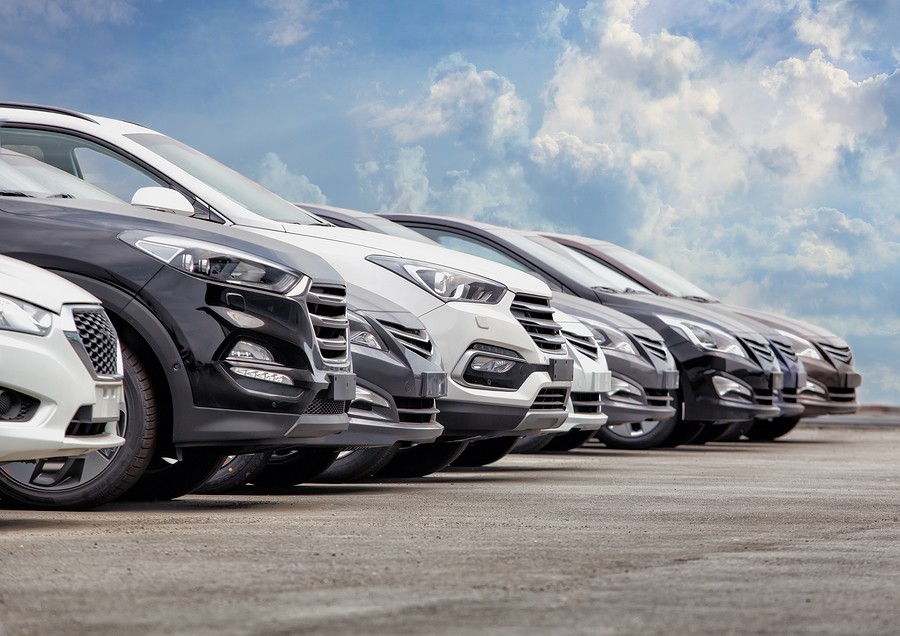 One of the first and most basic things you’ll read about cars anywhere whether someone is talking about buying and selling, repairs, features, or just general car history is the term “make and model.” For some drivers, there is nothing more important than the make and model. Some will focus on the make only, and sometimes it’s enough to have similar models across several makes. But what do those words even mean? What is the difference between make and model?

The make of a car is a short form for saying who actually made it. A Ford Taurus, a Ford Mustang, and a Ford Expedition are all different models but the same make: Ford. The manufacturer is the maker of the car so your make will be Chevrolet, Ford, Nissan, Honda, Ferrari and so on.

The model of the car is unique to the maker. A Camaro is a model made by Chevrolet. A Civic is a model made by Honda. The model can be refined slightly as most makers offer variations of their models. For instance, the Honda Civic comes in variants like the Civic DX, Civic LX, Civic EX, Civic Sport, Civic Touring and Civic Si. Those are all the same basic model but the Si is a performance model, the Touring has more luxury amenities, the DX is the base model, and so on.

How Many Makes and Models of Cars Are There? This is a very difficult question to answer. Since cars were first manufactured in the early 1900s, there have literally been thousands of models and hundreds of makes. Many models only exist for a short time and some makes go out of business or get bought by larger automakers. You won’t find a 2020 DeLorean anywhere, or instance, they were only manufactured from 1981 until 1983. That said, there are at over 50 different brands out there right now from giants like Ford and Chevy to smaller, niche makers like Lamborghini and Bugatti.

In terms of models, there are so many on the roads. Chevy alone is manufacturing at least 24 models in 2020 and has dozens of discontinued models. Tesla has four models currently, Ford has about 27, and Honda has around 16. That will all be different next year as new models are added, and some are discontinued. It’s constantly in flux. But a safe bet is that, in any given year, there will be several hundred models available.

What Does it Mean to Search for Make and Model by VIN?

When you’re on the internet researching cars you may run across sites that offer to help you look up a make and model of car by something called a VIN. VIN stands for “Vehicle Identification Number” and every car has one. It’s a 17-digit code so if you’re curious about yours it’s best to copy it down or snap a quick pic on your phone since remembering it won’t be easy.

How Can I Find The Make and Model of My Car? You can find the VIN number of your car, as long as it’s not too old, right on the dashboard on the driver’s side. Just take a look from the outside at the very base of your windshield where it means the dashboard. There should be a small rectangle there that features the information. If not there, you can also look in these places;

The VIN number will identify everything about your car, including make and model if you know how to read it. The very first digit identifies the country in which the car was made and the second identifies the manufacturer and so on. There are databases where you can input this number and get your make, model, and year back right away if you’re not sure or are just curious about it. It’s the fastest way to input and learn information about a car which is why so many sites will make reference to it. It’s also a way to track a car if it’s stolen because each one is unique.

This information may seem obvious to some, why wouldn’t you know your car’s make and model? But if you’re taking care of someone else’s car, maybe you bought a junker, maybe your family had an old car in storage and you can’t tell what it is when you look at it, this will help a lot. As an added bonus, a VIN number can also give you the year of manufacture, something that just looking at the average car and identifying make and model on sight often can’t do.

Why Does Car Make and Model Matter?

Aside from the obvious way of knowing what to call your car and making it easily identifiable in conversation, what exactly do the make and model mean in practical terms? Does it make a difference to you as a driver? Very much.

The make and model will have a great effect over things like options available, gas mileage, insurance rates, and basic functionality. You need to understand the difference to find the right vehicle for you. After all, if you have a family of six, you’re going to want to look at makes and models that are family-friendly, like minivans and SUVs, as opposed to sports cars like a Lamborghini Diablo that only seats two.

As we said earlier, Ford is a car maker and a Mustang is one of their models so you know when you hear about a brand new Ford Mustang that Ford is the make and Mustang is the model. But what if you run across something like a Dodge Challenger SRT Hellcat? Or a Ford Mustang Shelby GT500? What are all those extra words referring to?

The make is always going to be the first name that people refer to normally. So it will always be a Ford something, a Honda something, a Nissan something. That squares that away right off the bat. What comes after is always the model no matter how long the name gets. So Dodge is the make and Challenger is the model, but so is Challenger SRT Hellcat. It’s just what they call a different trim version, which is a variant of the basic Dodge Challenger, just like the Shelby GT500 is a variant of the Mustang, but it’s still a Mustang.

What Are the Best Vehicle Makes and Models?

Sometimes a question just doesn’t have an easy answer, and this is one of them. Naturally you want the best make and the best model possible, but can anyone really answer that question? There are so many factors to consider that no one can truly point to one single make or model and say it’s the best.

In terms of make, there are only actually a handful of manufacturers in the world behind nearly all the models you know. About 14 manufacturers are responsible for almost all the other brands. For instance, you know Volkswagen, but the same parent company also makes Lamborghini, Porsche, Audi, Bentley and other brands in Europe. Are they “the best” because they make so many other models? Hard to say.

At the end of the day you would do well to research every individual make and model that looks like it suits your needs to determine what’s best for you. Some people are diehard brand loyalists and will only buy a Chevy, only buy a Ford, only buy a Dodge but that’s really a personal choice often based on past experiences. If you’ve had nothing but great experiences with Chevy vehicles, you’re definitely going to want to stick with that make in the future.

The problem is, if you’re new to a make and model, if you’re new to cars in general, how do you know what’s best? Luckily there are many review sites available that can offer impartial comparisons of makes and models of cars. Make sure you’re checking out a truly impartial source though, and not something directly affiliated with a manufacturer or dealership that might be trying to influence your decision.

The Difference between Car Make and Car Brand

As we saw, Volkswagen is responsible for a number of brands. Toyota also has a few brands under their umbrella, including Scion and Lexus. Is a Lexus a Toyota then? They don’t qualify as the same make because they don’t use the same name to manufacture other vehicles. Toyota chose to set up Lexus as their luxury manufacturer, so a Lexus will probably be much more expensive than a Toyota and offer more options even though they share many of the same parts.

A Toyota Avalon and a Lexus ES350 are built on the same platform with the same powertrain but the Lexus will be several thousand dollars more because of additional luxury features. So even though the models and makes are different, they’re still very similar vehicles in many ways. It’s the branding that’s different here.

How Does Body Style Differ From Make and Model and Trim Style? When you get right into the difference between vehicles you’re going to find that not only is there make and model but there is also trim variant and body styles. That can make things even more confusing at first, but here are some things to keep in mind.

Make: This is the company that made your car like Volvo, Toyota, Lexus.

Model: This is the name of the car like Taurus, Sentra, Avalanche.

Trim: This is the variant of the model of a car like a Mustang Shelby, a Civic Si, a Lexus LS. In general, trim levels are categorized as standard with no upgrades, sport with performance upgrades, and luxury with interior and suspension upgrades.

Body Style: This is the ‘kind” of the vehicle like a convertible, an SUV, a minivan, a hatchback, and so on. This will have the most impact on the actual exterior look of your vehicle.

You can get the same model of a car in different body styles sometimes. For instance, there are Tesla Model S sedans but also Model S hatchbacks. Some models will have several body styles ranging from station wagon to convertible to a hatchback.

In terms of trim levels, this can be very confusing with some manufacturers. While Dodge is giving you a hint at the kind of speedy performance car you’re getting when you shop for a Hellcat, it’s hard to know what a BMW M240i is compared to just the 230i. Several manufacturers just use alphanumeric codes for their trim and model numbers which means a little more research will be required to find out if it’s the kind of car you want.

What is the Model Year of My Car?

The last thing that really affects the model is the actual year of the car. Ford has been manufacturing the Mustang since 1964, so when someone says “Ford Mustang” there are almost 60 years worth of model years they could be talking about in there. And it’s safe to say a 1964 Mustang is very different from a 2020 Mustang.

The year of your car model can drastically change not just what it looks like but what options are available, what fuel it takes, how much it costs to insure, and how pricey it will be to repair it based on parts availability.

Unlike make and model, which can be easier to tell based on logos and emblems on the body of the car itself, the year is never obvious from the outside. If you’re not a car person who is familiar with models by year, this will be something you need to lookup. Fortunately, the VIN number also offers the year as part of the information.