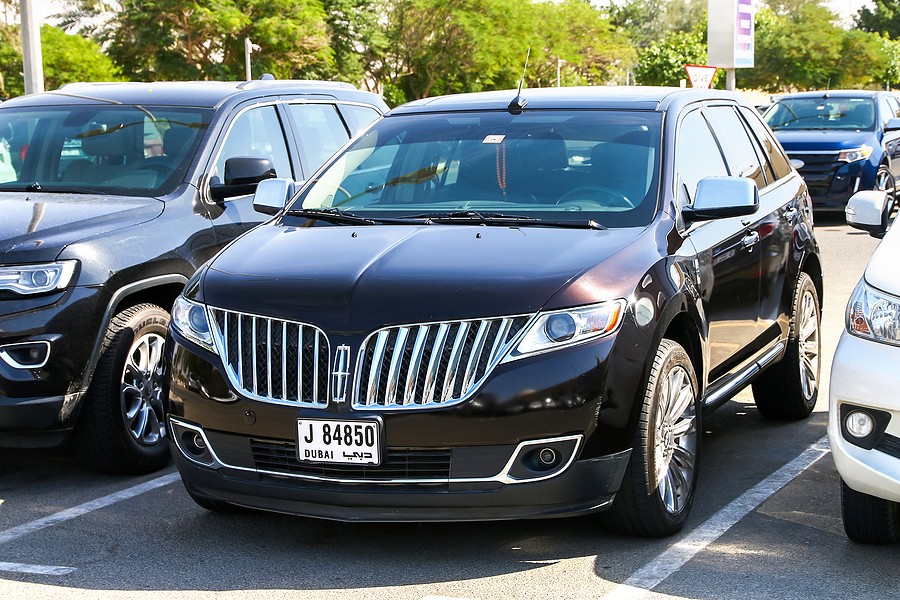 The typical engine repair cost is between $2,500 and $4,000 for a complete replacement, while only repairing simple parts like bearings and seals could be much lower for a fix. On a typical Lincoln engine, the average shop time to repair the mechanism will take between 10-12 hours, which adds to labor and parts’ total cost.

The worst model years of 2003, 2004, and 2005 Aviator feature many issues, with the most-reported problem being the crack in the rear panel in the 2004 Aviator. The worst concerns focus on the body and paint, the engine, the AC and heater, and the interior accessories.

The spark plugs failing is another common issue, with the typical solution is to replace the coils and plugs at around 15,000 miles. The spark plugs can interfere with both the electrical and engine system, causing the Lincoln engine repair cost to skyrocket.

The worst model years of the Lincoln Continental are the 1998-2002 options. The 1999 Continental has the most overall complaints and the same year having the most-reported issue of the door ajar light staying on while driving.

Other categories of concern in the 1999 Lincoln Continental include interior accessories, cooling system, electrical system, fuel system, steering, suspension, transmission, and NHTSA issues regarding the entire engine mechanism. The NHTSA cited issues regarding the vehicle speed control, engine cooling, and the accelerator pedal.

Although there were few owner complaints regarding the engine, there were two crashes due to the car speeding out of control, the car not slowing down while pressing on the brake pedal, and the engine revving unintentionally. These problems can cause a high Lincoln engine repair cost and unsafe driving conditions for the drivers and passengers.

The Lincoln LS model, the worst-rated years in terms of problems and owner-reported issues, focus on 2000, 2001, and 2002 model years. The most-reported problem is the engine stalling and cutting off in the 2004 Lincoln LS, while the 2002 Lincoln LS has the most overall complaints.

In the 2002 Lincoln LS deal, the top problem categories deal with the engine, the interior accessories, the cooling system, the AC and heater, and the fuel system. The top concerns at the ignition coils and spark plugs failing over time, oil in the spark plug wells, car jerking, and leaking fuel injectors.

Spark plugs are key parts that help your engine run smoothly and properly, so you must keep each spark plug in good condition and clean working order. Cleaning your spark plugs is essential and a quick and easy way to keep them working and prevent a high Lincoln engine repair cost.

The most common solution for fixing the broken ignition coils and spark plugs is to replace all coils and repair the bad coil at around 77,000 miles for $160. Owners state that the ignition coils can misfire, causing a higher Lincoln engine repair cost.

The most problematic model years of the MKC involve 2015 and 2017, with 2015 having the highest number of overall complaints and the most-reported problem of the battery not keeping a charge.

In the 2015 Lincoln MKC, the worst categories are the electrical system, interior accessories, steering problems, transmission system, and the engine mechanism. Multiple reports of the engine excessively shake during idle and unintended acceleration while driving, causing the vehicle to speed out of control and pull the driver into an unsafe situation.

The worst problem years in the Lincoln MKS are the 2009, 2011, and 2012 years, with 2012 having the most-reported problem of the transfer case clicking and making rattling noises during use. With the most-reported issue and the severity of complaints, the 2012 Lincoln MKS is often considered the least reliable model year.

In the 2012 Lincoln MKS, the worst categories are the drivetrain, wheels and hubs AC, heater, interior accessories, cooling system, electrical components, and the engine. Owners reported that the car stutters on soft acceleration, with the average mileage of occurrence being 104,000 miles.

The worst model years of the Lincoln MKX that have garnered owner concerns are the 2007, 2008, 2011, and 2016 options, with 2016 having the most-reported issue of the engine shutting down while driving. In addition, 2016 has the most overall complaints and is often considered the worst model year in terms of the number of problems and severity.

The 2016 Lincoln MKX has many issues regarding the engine, with some other owner concerns about the interior accessories and the fuel system. The main engine problems focus on the engine shutting down while driving, the throttle failing while driving, and the vehicle not starting while turning the key in the ignition.

The Lincoln MKZ has done well in recent years, improving reliability and durability, but had problematic years in the 2007 and 2008 models. The main areas of concern are the interior accessories, the wheels and hubs, the brakes, and the engine. The worst engine issues are the brakes failing to stop the car and the engine shutting down and stalling while driving.

The engine cooling typically occurs at just below 70,000 miles, which is very premature for engine failure. Fixing this issue can increase the overall Lincoln engine repair cost due to the engine importance in all Lincoln cars.

In recent years, the Lincoln Navigator has done fairly well, being a popular and reliable choice after the 2009 model year for potential buyers. However, the 2006-2007 years opened its fair share of owner and manufacturing concerns, with the most-reported issue being the air suspension failing in the 2006 model year.

In the same year of production, the 2006 Lincoln Navigator had the most complaints regarding the engine, the exterior accessories, and the suspension. The engine concerns mainly focused on the broken spark plugs, the engine light turning on, the car running rough, knocking noise, and the engine seizing during use.

Luckily for Navigator owners, the broken spark plugs are a relatively low price to pay for filing your engine, with the typical repair cost coming in at just under $1,000 to replace the broken parts. The average mileage of this fi is around 92,000 miles and can save you a much higher Lincoln repair cost in the long run.

The engine issues from car owners focus on the spark plug hurting the engine, the car jerking unintentionally, and the car not starting up while turning the key in the ignition. Fixing broken spark plugs usually only costs the owner below $500 to repair the faulty parts. The most common solution is installing a kit that can repair the plugs without replacing the entire engine.

In late 2020, Ford recalled more than 1,460 vehicles that were either the 2020-2021 Ford Explorer model or the Lincoln Aviator models due to the susceptibility to losing power while driving. With a manufacturing error regarding the motor mounts, these car mounts could disconnect from the engines.

This engine vibration and engine damage can lead to higher Lincoln engine repair costs if your car is not covered under warranty.

Knowing the most problematic model years can help you keep the overall Lincoln engine repair cost as low as possible! Avoiding purchasing vehicles with numerous complaints, like the Lincoln LS and Continental, can help you remain safe and secure while driving in any condition.