What Is a Knock Sensor Code and What Should You Do About It? 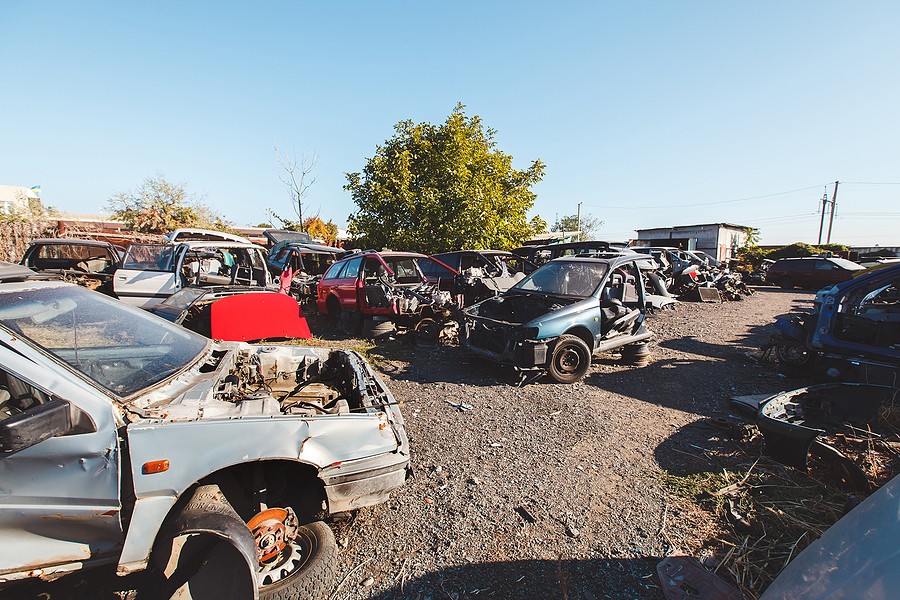 What Is a Knock Sensor?

Before we speak with you about the knock sensor code, it’s important for you to know what the knock sensor in your car is. It’s one of the roughly 50 to 100 sensors located somewhere inside of your car, and it has a very important job in the grand scheme of things when it comes to the overall well-being of your vehicle.

How Does a Knock Sensor Work?

From the moment that you first start up your car and get your engine going, your knock sensor is going to be hard at work. It’s going to monitor each and every vibration that it’s able to detect and send a signal to the computer in your engine letting it know how big each vibration is. For the most parts, the vibrations that your car’s knock sensor picks up are going to be tied to the bumps in the road that you encounter or to you yourself slamming one of the doors in your car. But every so often, these vibrations will be tied to knocking going on in your engine.

In the event that your knock sensor picks up on a big vibration within your engine, it’ll tell you about it by turning your car’s check engine light on and producing a knock sensor code. This code is going to let you know that there is an issue with engine knocking that needs to be dealt with sooner rather than later. You’re going to want to spring into action if you ever receive a knock sensor code and fix whatever is going on with your car so that you don’t experience a more serious engine problem in the immediate future.

How Long Does a Knock Sensor Last?

While the knock sensor in your car is constantly hard at work, that doesn’t mean that it’s going to wear down on you very quickly. It is fortunately designed to last you for a long, long time. Generally speaking, you should be able to keep the same knock sensor in your car for right around 150,000 miles or more before it’ll need to be replaced. This means that you might not ever have to worry about it conking out on you.

What Is a Knock Sensor Code?

If you see your car’s check engine light come out at any point, it’s going to be essential for you to get it down to an auto repair shop so that a mechanic can look at it. They’re going to be able to pull the codes from your car’s computer through the use of a code scanner to see what seems to be the problem with it. And if they get a knock sensor code when doing this, then they’ll know that this is the issue that they’re going to have to address to get your car’s check engine light to go off again.

There are a few knock sensor codes that your mechanic might get when inspecting your car after the check engine light has come on. These codes are:

Each of these codes means something slightly different. Your mechanic will be able to explain what your specific knock sensor code means to you. But your code could indicate an issue with your knock sensor or it could indicate an issue with your engine. It’ll obviously be important to have your mechanic dig a little deeper to see which issue you’re dealing with.

What Are the Signs of a Bad Knock Sensor?

If the knock sensor in your car has gone bad and needs to be replaced, you’re not usually going to notice anything different going on with your car. Initially, you might be able to continue driving it just like you normally do in spite of the problems that are going on underneath the hood.

But once it’s time for you to replace a bad knock sensor, your car’s computer is typically going to turn the check engine light on in your car. It might also reduce how much power the engine is generating so that it's crystal-clear that you have a problem on your hands. There are even some instances in which your car might not start at all due to a knock sensor code.

Your car takes this approach to dealing with a knock sensor code since there is always a chance that you could have a very serious engine problem that needs to be dealt with right away. Even though you might just have a bad knock sensor, your car’s computer will assume the worst and put you in a position where you’re at least forced to think about the possibility of a problem with your engine. It’ll get you to take your car down to your mechanic sooner to have it looked at.

Should You Drive a Car With a Bad Knock Sensor?

When the computer in your car detects a knock sensor code, it’s going to treat your car almost as if it’s experiencing an internal engine failure. Even if the engine is just fine, your lack of a fully-functioning knock sensor is going to be a big red flag and will force your car’s computer to take extreme measures. It’ll make it pretty much impossible for you to start or drive your car until you know what’s going on with your knock sensor.

What Should You Do With a Car With a Bad Knock Sensor?

Either way, you’re going to want to heed the advice of your mechanic after they tell you that your car’s computer is producing a knock sensor code. If you don’t do anything about this code, it might render your car useless. It might also lead to you doing a bunch of damage to your car if you’re not careful. Whatever the case, you’re going to find yourself in a world of trouble when you don’t take a knock sensor code seriously enough.

How Much Does Knock Sensor Replacement Cost?

Part of the reason why it costs so much money to replace a bad knock sensor is because it’s not all that easy to do it. You’re not likely going to be able to tackle knock sensor replacement on your own. You’re going to have to rely on an experienced mechanic to get the job done. This will ensure that your new knock sensor is put into place in the right way.

Is the Knock Sensor Replacement Cost Worth It?

Can You Sell a Car After Getting a Knock Sensor Code?

If you decide that you want to sell a car after getting a knock sensor code from its computer, you might not know exactly how to go about doing it. Since the car might not turn on, let alone run, it’s going to be hard for you to find a buyer. But there is one great option that you’ll have. You can sell a car that is showing a knock sensor code to a company like Cash Cars Buyer for cold-hard cash.

We don’t care if your car has a knock sensor code that is affecting the way that it runs. We’ll still pay you top dollar for it and take it off your hands. We’ll also arrange to pick your car up from you so that you don’t have to worry about putting yourself in danger trying to get it to us. Contact us today for more information on selling your old car to us.

PrevPreviousWhere To Sell A Car Online With Body Damage
NextMitsubishi Transmission Problems – Keep An Eye Out For Early Transmission Failure! Next