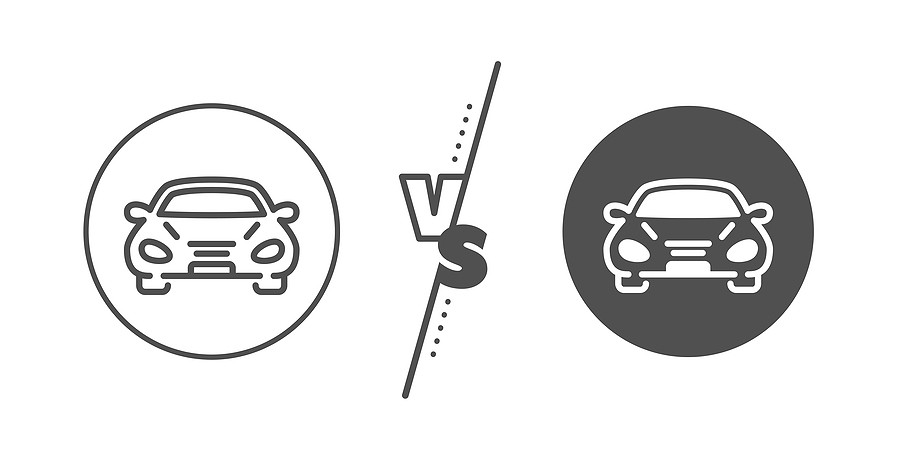 To know which Kia model is better among the two, you need to have an in-depth understanding of their individual strong and weak points. We have broken down their individual characteristics and features into categories to provide a comprehensive comparison. We rated them on a scale of 1-10 (1 being the lowest and 10 being the highest), according to their overall influence on each car.

Forte engine: Adequate in the City

The Kia Forte comes with a 2.0-liter four-cylinder engine that produces 147 horsepower. The entry level model’s powertrain boasts a six-speed manual transmission. While a continuously variable automatic transmission or CVT is standard in higher models, it is optional in the base model. According to critics, the Forte’s CVT is praiseworthy for its responsiveness.

The newly introduced 2020 Forte GT boasts a 1.6-liter turbocharged four-cylinder engine that produces 201 horsepower. This Kia has a standard seven-speed dual-clutch automatic transmission, you can also opt for a six-speed manual gearbox.

While some people say that the Kia Forte has good acceleration with its base engine, others say it is a bit sluggish. If you only drive within town or locally, the Forte should be enough. But, the higher tier models with the optional turbocharged engine provides faster acceleration and feels more befitting for highway passing and merging.

Critics have different sentiments when it comes to the Forte’s handling. While some are pleased with its agility, others agree that it has a firm ride and non-sporty steering. The GT trim offers some performance-enhancing upgrades like an improved braked, a multi-link suspension, and sport wheels.

The Rio features a new 1.6-liter four-cylinder engine that produces 120 horsepower (10 horsepower less than the 2019 model). While the engine provides sufficient power, it can also get really noisy at highway speeds. The previous model’s six-speed automatic engine was replaced by a continuous variable automatic transmission. The new engine and transmission were paired to significantly improve fuel efficiency estimates, and drivers note that the Rio’s performance is not hindered by this modification.

Rio Gas Mileage: Among the Best

The Rio produces an EPA-estimated 33 mpg in the city and 41 mpg on the highway. And these figures are considered to be among the best fuel efficiency figures in the class.

The Rio offers a comfortable ride with nimble handling. It flawlessly maneuvers around corners, and its suspension system absorbs most bumps in the road. Front-wheel drive comes standard.

The Forte’s base engine offers better power compared to the Rio’s, however, if you are particular with fuel efficiency and a well-balanced ride, then you should go with Rio.

The National Highway Traffic Safety Administration has given the 2020 Forte an overall rating of four out of five stars. It got four stars in frontal crash and rollover tests and five stars for the side crash test.

The IIHS has given the Forte’s standard headlights the lowest rating of Poor for how well they illuminate the road ahead. The optional upgraded headlights gained the highest score of Good.

You will have to upgrade to the highest trim to get the most of the other driver assistance features in the Forte. And in some cases, purchase an additional package. These optional amenities include automatic high beams, adaptive LED headlights, blind spot monitoring, rear cross traffic alert, pedestrian detection, reverse parking sensors, and adaptive cruise control.

The Insurance Institute for Highway Safety has given the 2020 Kia Rio the highest rating of Good in five crash tests and the second-highest rating of Acceptable in the small overlap front passenger-side crash test. S trim with the technology package gained a Good rating for how well the headlights cast light upon the road ahead, while all other models earned a Poor rating. Properly equipped models gained a top rating of Superior in the front crash prevention.

As of this moment, the National Highway Traffic Safety Administration has not assessed the 2020 Rio.

Based on the crash test results provided by the National Highway Traffic Safety Administration, the Forte is superior to the Rio. So if your main priority is driving a proven and tested car, then Forte is the right one for you.

The Forte’s seats are comfy and supportive, with the front seats providing comfort even on long drives while the back-seat is spacious enough for a pair of adult occupants. The available sport seats boosts passenger comfort and offer excellent support for when you take this car around corners and turns.

This Kia comes with two complete sets of LATCH connectors for rear outboard seats. The Insurance Institute for Highway Safety has given the Forte’s LATCH system the second-highest rating of Acceptable for ease of use. The lower anchors are set deeply in the seats, however, there are not any significant weak points.

The Kia Forte has a splendid cabin made with quality materials. The well-designed vents and buttons of the dashboard add to the interior’s appeal.

The 2020 Forte is considered to have one of the largest cargo spaces among sedans in this class, thanks to its 15.3 cubic feet trunk. All models come with a split-folding rear seat, except the entry level trim. The available hands-free power trunk of the Forte comes in handy. It pops open when you stand behind the car with the smart key in your purse or pocket.

The 2020 Forte was built with standard tech features, including a USB port, Bluetooth, an 8-inch touch-screen infotainment system with a four-speaker stereo. Standard android Auto and apple CarPlay integration makes it more attractive and engaging.

The touch screen is user-friendly and it’s easy for the driver to see and access. It also responds quickly to user inputs. There are also physical buttons and knobs which are clearly labeled for easy adjustment of climate and audio settings.

The Rio has seating for up to five people. The front seats have decent space, however, taller drivers might have a hard time finding a comfortable driving position due to its tilt-only steering wheel. The rear seats are cramped, but that is something common for a subcompact car.

The Rio comes with two complete sets of LATCH connectors on the rear outboard seats. The Insurance Institute for Highway Safety has given the Rio sedan’s LATCH system the second-highest rating of Acceptable for ease of use. The system is rather user-friendly, but the lower anchors are too deep in the seats.

The Rio is a budget-friendly automobile that boasts quite a few hard plastics. The cabin is well-constructed, and some reviewers even say that the interior of the Rio looks classy.

The Rio offers a lot of cargo space for a subcompact car in both its sedan and hatchback variants. The sedan has 13.7 cubic feet trunk space, which is sufficient for roughly 10 bags of groceries. Available 60/40 split-folding rear seats provide more room for improved flexibility. Go for a hatchback model if you want more space. The hatchback provides 17.4 cubic feet of space behind the back row and it can become 32.8 cubic feet with its standard 60/40 split-folding rear seats folded down.

The entry level 2020 Rio gained an upgraded infotainment system. It includes Android auto, Apple CarPlay, six speakers, and a 7-inch touch screen. The system boasts easy-to use touch and physical controls. A USB port, Bluetooth, and Siri Eyes Free are also standard, while a rear USB port is available in the LX and standard in the S trims.

Both the Forte and Rio have seating for up to five people. But, the Rio can cause a little discomfort for taller drivers because its tilt-only steering wheel can cause difficulty for them to find a good driving position.

The Kia Forte has been given by J.D. Power a slightly above-average predicted reliability rating of 3.5 out of five.

The Forte comes with a five year or 60,000 mile basic warranty and a 10 year or 100,000 mil powertrain warranty. Those coverage are among the best warranties you can get from any manufacturer.

The 2020 Kia Rio has been given by J.D. Power an excellent reliability rating of 4.5 out of 5 stars.

According to J.D. Power, the Rio has a better reliability rating compared to the Forte’s. Warranty wise, they both have the same coverage so it should not be a big deal.