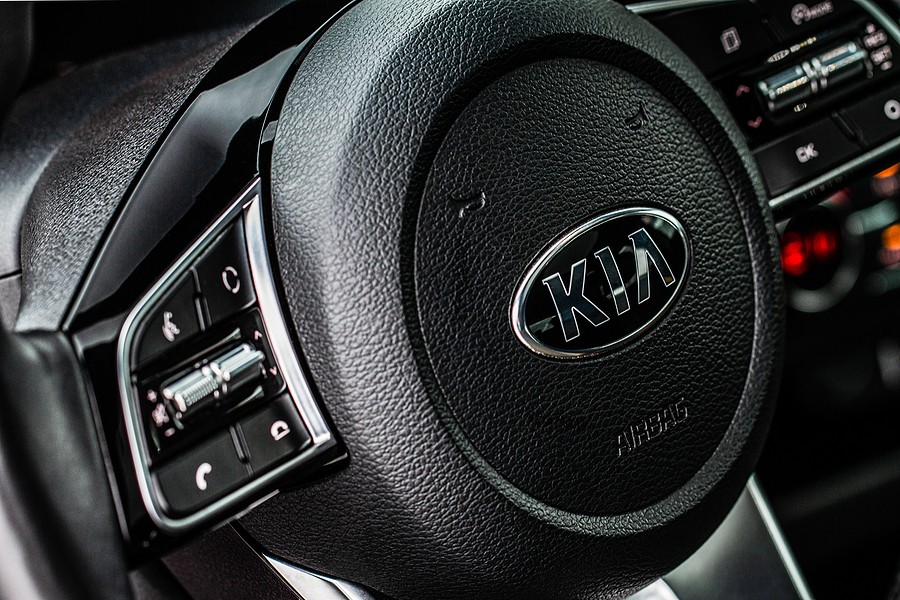 With the full redesign of the 2019 Kia Forte, tons of Kia loyal customers rushed to purchase the vehicle. However, after driving this vehicle for a couple of years only, customers were very disappointed with dealing with some major mechanical issues with the engine.

While there were not any released recalls focusing on engine issues, as an owner of the 2019 Kia Forte, you need to be prepared for dealing with these problems.

If you are planning to purchase a used 2019 Kia Forte, you also need to be aware of such engine problems to avoid purchasing a vehicle with major mechanical problems costing you thousands of dollars down the road.

Our team reviewed all reported complaints about the 2019 Kia Forte engine problems. These complaints were gathered from carcomplaints.com, Edmunds.com, repairpal.com, NHTSA.gov, and other larger platforms.

Keep in mind that there isn’t a lot of information available yet to conclude whether the 2019 Kia Forte engine is reliable or not. We will learn more as real owners report more complaints.

In 2019, Kia decided to completely redesign the Forte by adding several features, including a larger touch screen, a new Apple CarPlay and the Android Auto connection, and a long list of safety features.

The vehicle was featured as the fourth in the best 2019 Compact Cars, according to cars.usnews.com. It received a ranking of 8.4 out of 10 and was featured for the large cabin, the wider trunk, the great easy-to-use infotainment system, and the best fuel economy.

The 2019 Kia Forte comes with a 2.0 L 4-cylinder engine allowing you to put about 147 horsepower. The engine’s performance is enhanced with the six-speed automatic transmission in the base model.

If you go up on the trim list, you can get the continuously variable automatic transmission which increases the fuel economy up to 31 mph on city roads and 41 mph on the highways.

Despite the great power provided by this engine, several customers indicated that it is not the best, and it can be a little slower when cranking than other competitors from the same class. Other customers had a different opinion and indicated that the engine is “surprisingly powerful.”

When purchasing an expensive modern vehicle, you would never expect to deal with engine-related problems. However, this wasn’t the case with the 2019 Kia Forte.

Although the 2019 Kia Forte hasn’t been on the road for a long time, customers immediately reported major issues with the engine.

Unfortunately, engine repairs are not cheap, and as a current owner or a potential future buyer, you need to be aware of what problems you might face during the ownership of this vehicle. This information helps you determine when it is the right time to sell this vehicle versus keeping it.

It shouldn’t be confusing because the 2019 vehicle hasn’t been on the road for a long time, and there is a lot more to learn as owners report more complaints.

Let’s take a closer look at some of the top reported complaints about the 2019 Kia Forte engine problems:

One of the most reported complaints about the 2019 Kia Forte engine problems is sudden vehicle stop without any previous warning sign.

Customers indicated that the problem was associated with the vehicle not kicking in with the gears. The issue might get worse over time of use.

Unfortunately, the automaker did not release any recall addressing this issue, and there wasn’t any related service bulletin.

“everytime i am on the highway, then either come to a complete stop or try to turn to go up a hill. It won't kick in to gear. Thd rpms go way up and it almost stops running. Its been happening like for a week now. Its getting worse. My headlights also seem like they are pointed to low to the ground. Please help.”

Automotive experts always mention that any weird noises coming from any part of your vehicle might indicate a problem. This problem can be very simple but, it also can indicate a major internal issue.

Several customers reported to NHTSA.gov that their engine might make weird rattling noise suddenly and without any previous warning signs.

The customers did not specify that the problem is coming from the engine but, though it is close to the engine block.

Starting problems can be a headache, especially if you live in a colder environment. Several customers reported an issue with the 2019 Kia Forte not starting or having a hard time starting.

Customers mentioned that the problem might be related to the engine or could be an issue with the ignition switch.

Based on our extensive experience, we suspect that the starting problem might also be related to issues with the battery, starter motor, alternator, and other components involved in the 2019 Kia Forte starting the process.

Any check light on the vehicle’s dashboard should not be ignored. These lights are how your vehicle tries to communicate with you to inform you that there might be an internal problem with your vehicle.

One of the very serious warning lights is the one showing low engine oil. When your vehicle’s engine doesn’t have the proper oil level, you might deal with engine failure very quickly.

Unfortunately, several customers reported that their 2019 Kia Forte might suddenly show several warning lights illuminating simultaneously. They also reported that the problem worsens when the vehicle stops accelerating, especially when driving on the highway.

“with less than 8k miles on our forte we were driving down the highway at 70 mph when the oil light went on. We moved to the right lane and within seconds all of the warning lights were on and the car would not accelerate at all. We coasted off the highway to find oil spilling from the car. When we pulled the oil stick it was bone dry and smoking. We were towed to our dealership and told this is the 3rd or 4th engine they have seen with this issue and they are replacing our entire engine. This is the second time our brand new forte has died on the highway at 70 mph and it has less than 8,000 miles on it!”

Are there any recalls on the Kia Forte engine?

No, come up. By the time of writing this article come out, there are no issued recalls focusing on the Kia Forte engines. However, there are two other safety-related recalls that were released.

On August 5th, 2020, the automaker decided to recall several vehicles due to a problem with the powertrain. More specifically, the axles might have an issue with the axle shaft. Some vehicles might deal with broken shafts that might cause sudden loss of power, resulting in high risks of crashes. All affected vehicles were asked to visit the nearest dealership to get the problem starting on September 2nd, 2020.

The second recall was released on October 31st come out 2018. The problem was most likely related to an issue with the exterior lighting. The automaker indicated that the exterior headlights might have an issue that making them not right. Thus, customers might deal with high risks of crashes due to insufficient visibility. Again come out effect vehicles were asked to visit the nearest Kia dealership to get the problem resolved free of charge starting on November 30th, 2018.

Is the Kia Forte a reliable car?

According to the JD Power dependability study, the 2019 Kia Forte received a reliability ranking of 3.5 out of five, which is considered above average. However, compared to other vehicles in the same class, Kia Forte’s reliability was not at the top.

Keep in mind that the 2019 Kia Forte hasn’t been on the road for a very long time. Thus, there is a lot more to learn yet.

As experts, we recommend that you read through reported complaints to larger platforms like carcomplaints.com, repairpal.com, Edmunds.com, and others.

When going through these reviews, you will have a better idea about what to expect when driving this car, especially in certain weather environments.

How much is a Kia Forte engine?

The average cost of a Kia Forte engine is about $3,669.99. Yes! It is very expensive. Remember that you still need to consider the labor cost, which can be a headache, especially if you decided to go with a dealership instead of a small repair shop.

Many Kia Forte owners prefer to go to the dealership for any engine-related problem, even if it costs them much more due to the higher labor cost. This is because they ensure that advanced professional mechanics will do the job, minimizing any chances of introducing other problems to the vehicle.

Something to consider is your vehicle’s warranty. Before spending any money on repairing your Kia Forte, check with your current warranty and see if they can take care of the repair costs.

Is Kia Forte expensive to fix?

Is it worth fixing my 2019 Kia Forte engine problems?

Deciding on whether it’s worth fixing your 2019 Kia Forte engine problems differs on a case-by-case basis.

For example, if your engine problem is not major and doesn’t require high repair costs, it’s worth fixing it to prevent dealing with more complications shortly.

On the other hand, if the problem requires high repair costs, check with the insurance company to see if they’re willing to cover any of these repairs.

Otherwise, compare the total repair costs to your vehicle’s overall value and see whether fixing the vehicle will add to its value or not.

If you realized that repair costs are piling up and it’s not worth fixing it, you might need to reach out to Cash Cars Buyer, who guarantees to buy your 2019 Kia Forte despite its condition.

Investing in a vehicle like the 2019 Kia Forte is a big deal; some people might go for financing and add additional monthly expenses to their budgets. Others might use their long-term savings to get this amazing vehicle.

The last thing one would expect when purchasing such a vehicle is major engine problems that might not even be covered under warranty.

Thus, it’s crucial to perform the required inspection before making a final decision to purchase a used 2019 Kia Forte.

If you are a current owner of a 2019 Kia Forte, it’s never too early to get rid of this car and sell it to Cash Cars Buyer.

By choosing Cash Cars Buyer, you will receive the top dollars along with free towing. You will get your vehicle removed within one to three days!

Yes! As a 24-hour car removal company, we guarantee to remove your vehicle on weekends, evenings, and the same day if that works for you!

Our process is very simple and involves three main steps: