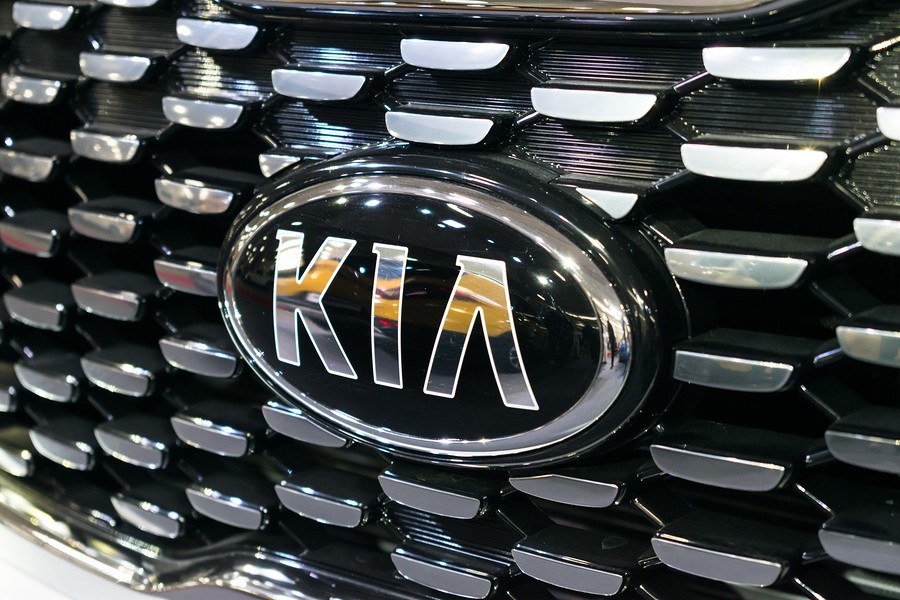 Kia Motors is one of the largest automobile manufacturers in South Korea. They have been a strong car manufacturing company for many years. Kia manufactures their own vehicles under their own brand. These cars are often known as stylish and affordable for many individuals. Even though they have a track record of producing high-quality cars, within the last decade many individuals have been complaining about Kia engine problems.

The engine is the heart of your car. Without an engine, your car will not run. If you start to experience Kia engine problems, you could be facing some very costly repairs. If your engine stops working, your car will shut down. If you notice your Kia is running differently than normal, you always go get it checked out by a mechanic. They will be able to diagnose the problem and give you a price quote so you know what type of engine repair costs you are facing. If you need to repair your Kia engine, you could be facing repair costs anywhere from $3,000 to $5,000 depending on the amount of damage.

The History Of Kia Vehicles

Kia was originally founded in 1944. It first becomes a manufacturer of steel tubes and bicycle parts. A few years later in 1950, Kia decided to broaden its production to manufacturing motorcycles and Honda-licensed vehicles. They wanted to continue to create a name for themselves. Then in the 60s and 70s Kia started constructing Mazda trucks and cars. They wanted to change up their inventory and stay competitive in the market. In 1981 they officially started building vehicles under their own name. This is when they were creating their very own cars and manufacturing them.

Kia Motors is based in Seoul, South Korea. They distribute vehicles all across the world except in Japan and North Korea. Kia vehicles are very common so you will often see them driving out on the road. Over the years, this company has built up a reputation for reliability. They became the first auto manufacturer to be ranked first by J.D. Power and Associates. This is a very big honor since they do not manufacture luxury vehicles. These Kia cars have become very popular internationally. They have a large variety of models they can offer to fit the needs of many individuals.

Kia offers a variety of different models that all serve different purposes. Their best selling car is the Kia Forte. This vehicle was first manufactured in 2008 but there have been many changes to it over the years. You might also know this car as the K3 or the Shuma. It is a compact car and is offered as a gas-powered car as well as hybrid models. This gives customers the option to purchase what best fits their needs.

Are you looking for a sports vehicle? Kia also manufactures many different types of sports utility vehicles. In fact, the Kia Soul is one of their top-selling sports utility vehicles. This vehicle was first manufactured in 2009 and is a crossover SUV. Many car owners like to have the space that an SUV can offer. Kia also has other popular SUV models that include the Kia Sorento and the Kia Sportage. That is not the complete list of all of their SUV models, it is just a few of their most popular ones.

Furthermore, you might have heard of the Kia Optima. This is by far the most popular midsize sedan that Kia has on the market right now. This sedan has front-wheel drive and was first manufactured in 2000. This model has significantly changed over the years as it looks nothing like the original version. The Kia Optima now looks like a more sporty car, which was not what it originally looked like.

These models listed above are not the complete list of vehicles Kia has to offer. These are just some of the most popular car models that they currently manufacture. Kia has been facing a lot of bad reviews on their engines over the last decade. They have had many angry customers leave comments about their Kia engine problems starting as early as 30,000 miles. Kia has now recalled thousands of their vehicles in the U.S. because of engine problems.

Engine Stalling: Kia recently announced that more than 100,000 Kia vehicles worldwide are at risk of engine stalling. They have made a statement that engine stalling is occurring due to a software error. This software malfunction is not able to detect certain Kia engine problems before it fails. Many Kia car owners have been complaining of their car’s engine stalling. This is very frustrating when you are trying to drive somewhere and you can’t get there. Many customers are also complaining that Kia is being very vague about this specific problem and the cause of it. They keep promising individuals that it is a simple software update that can address the issue.

Fire Risk: Kia has been faced with three individual NHTSA recalls. They are still sorting through these recalls and the design of the flaws. The flaws of their vehicles were leading to overheating engines and engine fires. They have been working to determine why this is happening with some of their models. Currently, there have been at least 500,000 Kia and Hyundai vehicles that have been recalled for this problem. Many Kia vehicle owners are fed up with these engine problems occurring.

The majority of these recalls have been with the Kia Soul. The first company recall was in 2015 and since then, there have been more than 300 fires reported. You might be wondering why do these fires happen? These are caused due to overheating in the car’s catalytic converter. Many critics believe that other Kia models will be experiencing these fires beyond the recalled ones.

Another reason Kia vehicle owners are very frustrated is that Kia has been downplaying this recall. Large issues occur when your engine fires and overheats. This is nothing to take lightly and it is very dangerous to drive a car with engine problems like this. Many ongoing investigations are happening to determine why Kia is downplaying this big problem. If you drive a Kia vehicle, you should go to the Kia website to see if your car is on the recall list. All you have to do is type in your VIN number. The entire list will pop up so you can be aware that your car could potentially experience these awful engine problems.

Faulty Airbag Deployment: Another issue Kia models are experiencing is faulty airbag deployment. This is another very serious issue that Kia manufacturers need to figure out. The Kia Sedona is the model that is experiencing this issue the worst. About 100,000 Kia Sedona minivans have the potential for faulty airbag deployment. It is important to note that these models have to be manufactured between 2015 to 2018. Kia is claiming that this issue relates to a faulty wiring harness that is built into the front passenger seat.

The harness is normally used to determine if there is a passenger in the front seat. If there is, it detects that and the airbag will go off in the event of an accident. Over time this harness can decay and give a false positive. If this happens, then the airbag could deploy when it is not supposed to. This can be incredibly dangerous because it can cause someone to swerve on the road. That could create a very bad accident. Additionally, this is dangerous if a child is below the weight limit and riding in the front seat. The airbag can seriously injure them if it deploys when it is not supposed to.

Kia Optima: There are currently 16 recalls for the Kia optima. Kia is recalling all models that were manufactured between 2011 to 2014. This car is being recalled due to Kia engine problems. There are a few different issues with this specific model. First, there could be a malfunctioning stop lamp switch. This could cause the brake lights to not illuminate when the brake pedal is pressed. This is incredibly dangerous. Additionally, this could affect the operation of the brake-transmission shift interlock feature. There are currently over 980,000 Kia Optima’s recalled for issues relating to engine problems.

Kia Sportage: This Kia model has recalled from the years 2011-2013. If you drive a Kia Sportage that was manufactured between these years, you will want to call the manufacturer to see if your car is affected by this. It is important to do this as soon as possible so you can get the necessary repairs. Many Kia Sportage owners are complaining of engine problems and are under a certain warranty. The manufacturer is responsible for fixing the issues that are related to this recall.

One of the problems is related to a high-pressure fuel pipe that connects to the fuel pipe. This could have been damaged over time, misaligned, or improperly torqued during the engine replacement procedure. If this happens, a fuel leak could occur. This will lead to worse issues and more expensive repair costs.

Kia Sorento: If you drive a Kia Sorento, you should be aware that the recalls for this model are from 2012 to 2014. This recall went into effect for many reasons including Kia engine problems. Additionally, these cars were experiencing problems with the transmission shifter. The cars were not shifted out of the park position so car owners were not able to drive their cars. Another serious issue involved in this recall is with the cruise control setting. There was a malfunction in the electronic system that was not deactivating the cruise control setting when the brake pedal was pressed. This is very dangerous and could lead to some very serious accidents.

If you have experienced any problems with your Kia engine, you should call the Kia manufacturer to see if your Kia model is on the recall list. You should also ask them how they are fixing this issue and if you are still under warranty. These are all very important questions that only the Kia manufacturer will be able to answer. You should contact them the moment you notice an issue because you don’t want any of these problems to get worse or lead to bad accidents.

Is It Worth It To Repair My Kia Engine Problems?

If you have experienced a lot of Kia Engine problems, you are probably very tired of dealing with these cars. Most likely you won’t want to put any more money into your Kia. It does not seem worth it to continuously repair your Kia engine. We understand how frustrating this can be. We don’t blame you for being skeptical since Kia has reported so many engine problems with many of their different models.

If you decide that you don’t want to pay the money to repair your Kia engine problems, you have other options. Bring your car to Cash Cars Buyer and we will give you cash for your Kia. You can then use this cash to purchase a newer car. You can make the decision right now to never deal with Kia cars or their engine problems again. Wouldn’t it be nice to not have to constantly worry about your car engine?

Cash Cars Buyer purchases cars and refurbishes them and their working parts. We will take your car in any condition and use it for its working parts. We want to make this process as easy as possible for you. You don’t have to worry about getting your car to us, we will come to pick it up.  If you don’t want to repair your Kia engine, sell your car to Cash Cars Buyer. Contact us today to get a quote!