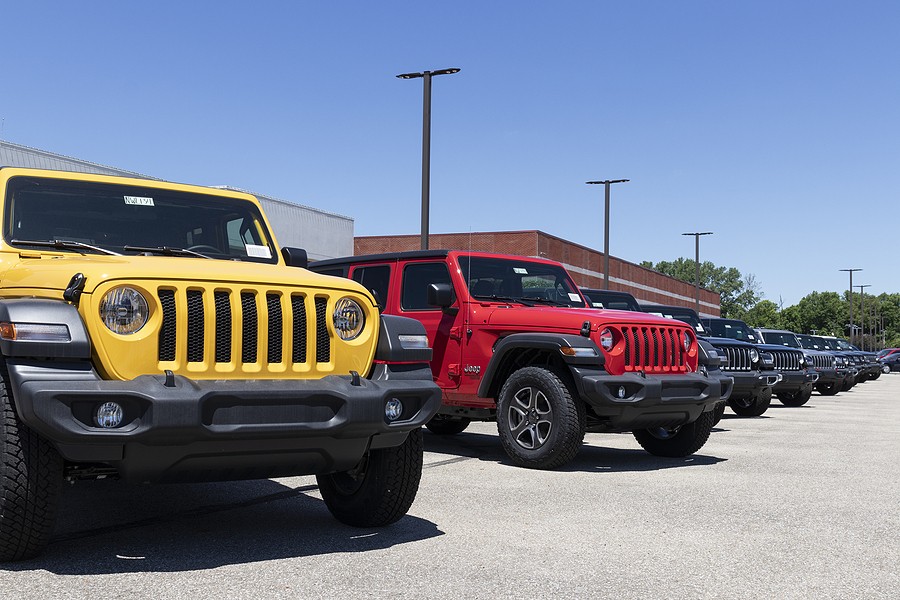 The Jeep Cherokee is a specific line of SUVs produced by Jeep spanning five generations over 40 model years. Produced by American Moors, Chrysler, DaimlerChrysler, Chrysler Group, and FCA, the Jeep is a long-standing staple in the car industry.

With various models like the Jeep Cherokee SJ, XJ, KJ, KK, KL, and ZJ, it has been a popular car worldwide for the entire five generations of production. With either rear, front, or four-wheel-drive, this car has favorable safety and performance ratings – but still suffers from an expensive Jeep transmission repair cost.

Regarding the least-reliable 2014 Jeep Cherokee, the top categories of concern are the transmission, engine, interior accessories, and fuel system. There is an excessive number of complaints regarding the transmission, with thousands of owners (and the NHTSA) citing that the entire mechanism fails at under 40,000 miles.

Fixing the car losing power while driving involves the owner updating the transmission control module and powertrain control module, both of which can lead to an expensive Jeep transmission repair cost. Furthermore, owners state that they may need to get an entirely new transmission or replace the valve body at around 3,000 miles.

The Jeep Commander is a mid-size SUV produced from 2005 until 2010 by the Jeep Division of Chrysler, spanning the 2006-2010 model years. Similar to the Jeep Liberty, Cherokee, Dodge Nitro, and Jeep Wrangler, the Commander was a popular car on the market for the entire lifespan.

The 2006 Jeep Commander’s top categories of concern focus on the interior accessories, engine, windows, windshield, electrical system, and transmission. Owners say the car has difficulty shifting, jumps out of gears, makes loud whining noises, gets stuck in gear, and stops working completely. Any, or all, of these reasons, could lead to a high Jeep transmission repair cost and lack of trust in this car model.

The Jeep Grand Cherokee is a mid-size SUV produced by Jeep, famous for the unibody chassis design and the popularity from 1993 until the present. Despite the fame achieved, this model still has a relatively expensive Jeep transmission repair cost in certain model years.

The worst years of the Grand Cherokee are the 2011, 2012, and 2014, with the 2011 having the most-reported issue of the TIPM failing and containing the most severe problems at an early mileage. Other concerning issues in different production years are the electronic shifting problems in the 2015 Cherokee and the leather dashboard cracking in the 2012.

Regarding the 2011 Jeep Grand Cherokee, the top categories of concern are the electrical system, the engine, interior accessories, fuel system, and transmission. Owners state that the transmission does not work properly, the transmission fluid leaks, and the car sticks while switching into a different gear.

The Jeep Liberty is a compact SUV produced between the 2002 and 2012 model years. Priced between the Wrangler and Cherokee, it was the smallest option out of the 4-door SUVs offered by Jeep, with the Liberty containing a rear-wheel-drive or four-wheel-drive layout.

The worst model years of the Jeep Liberty are the 2004, 2006, and 2007, with the 2006 being the least reliable and containing the most-reported issue of the window regulator breaking during use. Although the most severe problem category in the 2006 Jeep Liberty is by far the windows and windshield concerns, the transmission does create some cause for concern.

Replacing the transmission at around 78,000 miles is one of the most expensive repairs you can have done in your vehicle, enhancing the overall Jeep transmission repair cost by thousands of dollars.

The Jeep Wrangler is a series of compact and mid-size four-wheel drive SUVs, famous for being off-road vehicles that last a long time. Coming in either a compact SUV, mid-size SUV, or a 4-door model, the layout is a rear-wheel-drive or four-wheel-drive option depending on your specific needs.

The Jeep Wrangler has earned many awards through its lifespan, earning the Best Resale VAlue Award from Kelley Blue Book in 2009, the Best Retained Value Award in the SUV category from 2011-2013, the Four-Wheeler of the Year Award in 2013, and earned the lowest depreciation value after five years in 2018.

Despite the Wrangler’s popularity and performance benefits, this car is still known for expensive repairs – such as a high Jeep transmission repair cost.

The worst model years of the Wrangler in terms of problem severity and repair costs include the 2007, 2012, and 2014, with the 2007 having the most-reported issue of a death wobble at around 73,000 miles, while the 2012 suffers from early TIPM failure and head gasket concerns.

Regarding the 2012 Jeep Wrangler, the top categories of concern focus on the electrical system, engine, AC and heater, and the transmission, with owners stating that the car does not shift into overdrive, the car jerks while shifting gears, and the car jumps out of gear to the Neutral position. All of these performance concerns can easily lead to an expensive Jeep transmission repair cost.

In the middle of 2020, Jeep was forced to recall almost 100,000 Jeep Cherokees due to transmission problems. Fiat Chrysler promised to install and update the new software into the specific model so that the malfunctions will not occur again – and if they do, the driver will immediately be alerted to the ongoing problem.

The affected Cherokee cars had a transmission concern that could potentially lead to a loss of power while driving, causing an increased risk of a crash and safety issues. The company issued a statement at the time of the recall, addressing the potential transmission slipping, loss of propulsion, and lack of transmission engagement.

The Jeep Cherokees in the recall were produced between the 2014 and 2017 model years, with the affected models having an extremely high Jeep transmission repair cost and safety concerns. The models are almost exclusively all-wheel-drive options between 2014-2-17, with a two-speed Power Transfer Unit.