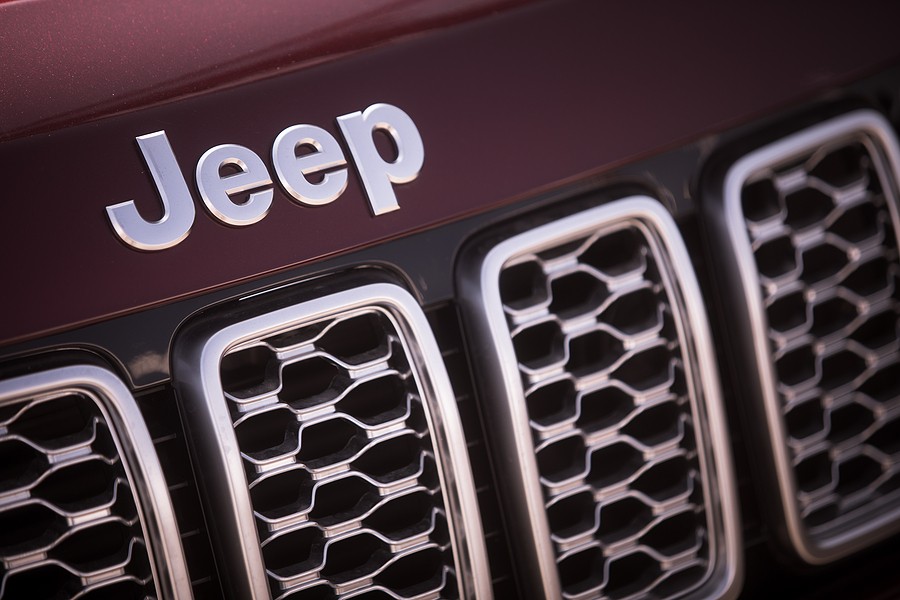 In terms of the Liberty itself, you can still get used ones on the market from the 10 years it was in production. Sales for the Jeep Liberty were moderate, and rarely cracked 100,000 units per year when they were in production.

The Liberty was fairly popular in its day, but it was not without its problems as well. If you're interested in picking up a used Liberty for yourself, it's good to be familiar with the problems that the various model years were faced with.

Unfortunately, the 2002 model year of the Jeep Liberty had a number of issues right out of the gate the National Highway Traffic Safety Administration logged hundreds of complaints relating to seatbelt and airbag problems. There were problems with people getting into accidents and the airbags not deploying, and other times the airbags deployed for no reason. Based on the NHTSA reviews there were 78 injuries and two deaths related to this problem as well as 55 crashes into fires. This is a very serious issue and should definitely give you pause before considering looking into a 2002 Liberty.

There have been 14 recalls issued for the 2002 Jeep Liberty. Some of them were remarkably extensive and dealt with very serious issues. The inadvertent airbag deployment was something that had a recall associated with it and affected just over three-quarters of a million vehicles. There was also recall because of post-collision fire after rear impact. A fuel leak could have led to a fire and this led to the recall of over 1.5 million vehicles.

There was a second recall issued for the airbag deployment issue that covers just under three-quarters of a million vehicles as well. Another recall affected just over 825,000 vehicles relating to a problem with the front lower ball joints. That could have led to a loss of steering control and increased accident risks.

According to the Insurance Institute for Highway Safety crash tests, the 2002 Jeep Liberty did not fare well overall. The rear crash test rating was actually poor while the rest was just marginal overall. It would be in your best interests to avoid this model year if possible.

In 2003 one of the main issues relating to problems with a 2003 Liberty was the lower ball joints in the front suspension. The NHTSA logs hundreds of complaints about this and there is reportedly one death related to it as well. Some drivers experienced issues with the ball joint snapping causing the control arm to break which made them lose control of the vehicle.

The same rear end collision issue was prevalent in this model year which related to fuel leaks as a result of collisions. Many drivers also expressed a problem with window regulator failure. This was a recurring issue with the number of vehicles in which the window would either only have open or closed and the motor that operated the window would make quite an annoying sound while you're trying to operate it.

There have been 13 recalls related to the 2003 Liberty, many of them the same that had been around for the previous year. Airbag deployment issues, post-collision fire hazards, and so on.

Unsurprisingly, the 2004 model year for the Jeep Liberty featured a lot of the same suspension problems that the previous years had. The issue with the windows continued on to this model year as well.

The 2004 model year had a recall that affected just over 239,000 vehicles relating to the rear lower control arm. This is an addition to the continuing problem with the front lower ball joints, meaning that the suspension has the potential to fail in both the front and the back of the vehicle.

The number of recalls were also issued relating to problems with the amber side reflectors feeling to meet safety standards, which meant that you have the potential to have lower visibility in failing light.

In 2005 there were some serious issues with fuel systems. In particular there was an issue that was prominent in several different Jeep models related to the gas tank overflowing when you were filling it up. This was often chalked up to user error, but so many drivers of Jeep specifically had the same problem even at different gas stations where the tank would continue to fill until overflowing.  The number of drivers experiencing gas that ended up pouring out of the side of the tag and even splashing onto themselves which was a clear safety risk.

Suspension issues and issues with the windows also continue to be a problem for this model year.

In terms of recalls, the same issues with control arms and  rear impact fires affected this year as well, and there is also a recall that affected just over 250,000 models relating to the automatic transmission cap plug failing which could cause the vehicle to roll away if the parking brake is not properly engaged. We're here at a jury appears to determine which shop

It seems like the 2006 model year was the worst one for the Jeep Liberty. There were numerous complaints relating to issues with the windows. The window regulator broke routinely, and that led to a number of drivers experiencing the window simply falling open. The NHTSA logged hundreds of complaints related to the same issue, including at least one that led to a crash. The problem was that this would happen quite unexpectedly, and it would be extremely loud when the window simply fell inside the door panel and smashed.

The same fuel problem for the previous year was an issue with 2006 as well. Drivers were experienced filling the gas tank to the point that it overflows without warning.

There were 10 recalls issues that affected the 2006 year. Again, the lower control arm fractures in the we are impact fire damage were covered as well as the lower ball joints. There was another recall that affected just under 150,000 Vehicles related to overheating ventilators and AC blower motors.

Based on the Insurance Institute for Highway Safety crash testing, the 2006 Jeep Liberty was also poorly rated, in particular is it related to rear crash test results.

The Jeep Liberty fared a little bit better in 2007 than it did in 2006 in terms of problems reported by drivers. Unfortunately, the window issue was still a big spot that affected many drivers and the issue with the gas tank overflowing still had not gone away. There were a few other issues overall with this model year though. Many of the same recalls that had affected previous years were still in place for this one.

Even though there were still issues with the gas tank overflowing and problems with the windows for the 2008 Liberty model year, one of the biggest recurring issues for this year was a faulty TIPM. The TIPM is what Chrysler called the total integrated power module, a kind of electronic brain for many years of their vehicle models for a number of years. Unfortunately, the TIPM was riddled with issues no matter what model they were put in and routinely malfunctioned. When a TIPM went bad it could roll down your windows and start blasting the radio even when you weren't in the car.

Recalls for the 2008 Jeep Liberty year were finally different, at least, than previous years. This was likely because this was the first year for the second generation of Jeep Libertys, so many of the prior systems were no longer in place. That said, there was a recall affecting just over 62,000 models related to a drive shaft failure that could have caused airbag deployment.

All things being equal, the 2009 model year was not a particularly bad one for the Jeep Liberty. There were still some issues with the fuel systems, and some drivers had problems with the TIPM issues and their Electronics, but they were not too bad overall.

There was only one recall issued that affected the 2009 Jeep Liberty and it's a remarkably limited one. In fact, only 44 vehicles were affected by an issue relating to aftermarket suspension systems. The crash tests were better for the 2009 model, they were still poor overall when it came to rear crash test ratings and the side rating was not good either.

The problem with TIPM not working properly was still prevalent in 2010, and these actually affected nearly every Jeep model around the same time. In fact, any vehicle made by Chrysler or its affiliates that included the TIPM have these problems. These components were a massive failure for a number of years. The issue with fuel spilling from the tank when it overflowed was also on going.

There are only two recalls that affected the 2010 Jeep Liberty, and both affected only around 20,000 vehicles. One related to a potential failure in the brakes because of a brake booster input Ron, and the other related to a hydraulic control unit that could lead to a loss of brake fluid.

In 2011 they were still issues with the TIPM unfortunately, and with the fuel tank overflowing. There are also some scattered reports of engine failure, but these were lower numbers overall. They were bigger issues with recalls for this model year however including two fairly significant ones. The first related to active headrest not deploying during a crash. This affected just over 363,000 vehicles. The other was related to that and dealt with head restraints not deploying properly and this affected over 442,000 vehicles.

On the upside, the crash test ratings had improved substantially for this year. They were still not great, but the rear rating had improved from a poor to an acceptable, which is pretty good overall.

This was the final production year for the Jeep Liberty, and it was still plagued with a number of problems. The TIPM was an utter failure, and there were also issues with airbag problems. Some drivers would have airbag lights that would come on for no reason, and others had a more serious issue of the airbag simply not deploying during accidents.

There were four recalls that affected the 2012 model year. The active headrest not deploying was a problem still for this year, affecting several hundred thousand vehicles overall

There were a lot of problems over the 10-year run of the Jeep Liberty that can't be overlooked. Some of the problems led to serious accidents and in a few cases, people even died as a result of these problems. For that reason, you should definitely avoid the model years that we mentioned that had severe issues. They were a few model years that were better overall, but with the amount of problems that the TIPM modules had for every Chrysler vehicle, the second generation is really a gamble if you're looking in that direction.

Crash test ratings were never that great for Jeep Libertys either, and that's potentially part of the reason why Jeep ended up scrapping this model completely and went to the Jeep Cherokee instead. If you can get a good deal on a Jeep Liberty, and you can get it checked by a trusted mechanic ahead of time to make sure it's going to be at least somewhat reliable vehicle, then it may be worth your while. But if you have other options that are in the same price range, you do yourself a favour to consider looking at another make and model if it's at all a possibility.