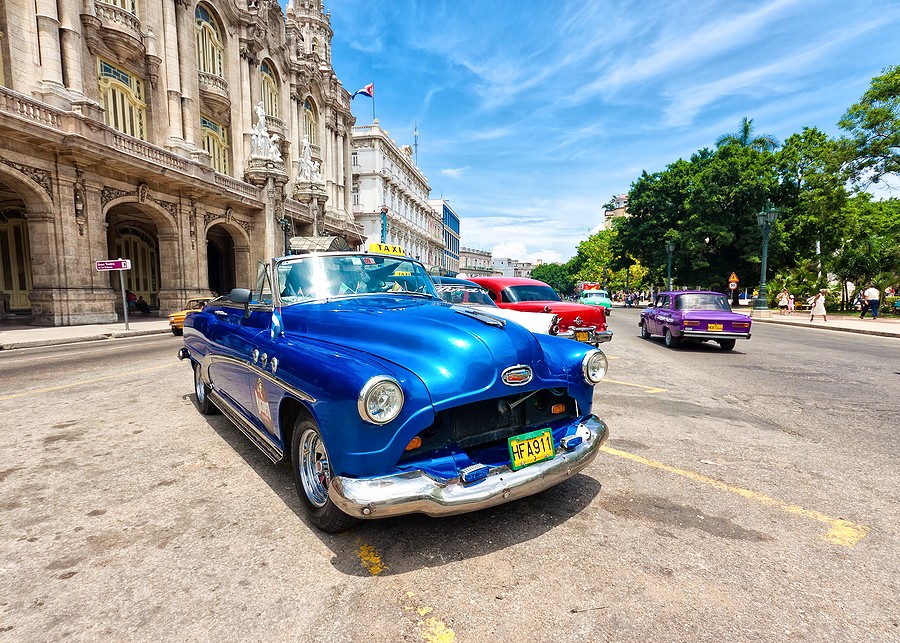 Your old car is probably getting on your nerves. It’s a rust bucket incapable of getting you to the office on time or starting when you turn the key. But, before you think about selling that used car think about this – your old car could be a classic worth thousands of dollars. It may be foolish to get rid of it without getting a fair value. Some vehicles are destined to become classic cars. This can quickly appreciate their value.

Now, if you are wondering whether your car is actually a classic or not, you are not alone. Many people have no idea how automobiles get accepted in the “classics” club and how can they tell if theirs is part of it or not. It’s not easy to identify whether you have a special kind of car or not. Keep reading to know more.

There is no rule that clearly defines which cars can be considered classics and when. Not all cars get to enter the classic race as soon as they turn 20 years. However, before you get ready to look up online car buyers you should at least consider the possibility that your car may be a rarity. Besides age, there is a major collectability factor that determines whether a vehicle can be termed classic or not.

Basically, your car may become a classic if other people want to own it, restore it and maintain it. This holds true even if the car is no older than a decade. Confused yet? It gets worse. Vehicles from the late 80s don’t get the classic tag when automobiles from 2002 do. However, if you think hard about it, it all starts making sense.

Classic cars are supposed to be collectibles – which means people should want to own them and restore them. Cars that nobody wants cannot be termed classic. They may be old, but nobody wants to maintain them. There is nothing interesting about most crappy cars from the 1990s. If you own such vehicles, you would be better off looking for junk car buyers than classic car owners.

Your car’s make and model would be deemed a classic only when people are interested in collecting and restoring it. A vehicle doesn’t necessarily have to be 15 – 20 years old. Some vehicles are considered collectibles even if they are just a decade old.

Several vehicles became classics as soon as they hit the streets. Don’t sell the following cars if you have them. They could be worth more than your wildest imagination.

Mercedes Benz was the perfect combination of ruggedness and luxury. Car designers managed to create a crossover with a powerful V6 engine and boxy lines. But, the actual kicker with this model was its reliability. Mercedes Benz GLK is one of the most reliable vehicles ever produced by the legacy brand in over a decade.

You should hold on to this vehicle if you have one. Invest whatever it takes to maintain the engine and custom paint. You won’t regret it.

This entry from Honda will make you rethink that only the best luxury cars get to be termed instant classics. Prelude sports car was given the famous Honda makeover with a swoopy design to appeal to a wider audience. The design change made the headlines way back in the 90s.

The fact that Honda engines fairly purr did not make matters worse. Classic car collectors find the 1991-1996 years of Honda Prelude highly desirable. If you have one, don’t think about selling it just yet because they are getting increasingly harder to find. You could get a better rate by holding on to yours for a few more years.

BMW has carved a name in the car industry for superior craftsmanship in the luxury segment. Their 5 series models between 1998 and 2002 took the world by storm. People loved the astonishingly fast gear shifting and beautiful design lines. Many car experts called it to be worthy of a racetrack.

For the longest period, the BMW 5 series included only luxury sedan models. However, in 1991 a station wagon model was added to the outstanding executive lineup. Consider selling your car if you are unable to keep up with the maintenance. The only way you will obtain stellar value for the 5 series is if it is in tremendous condition.

Ford (which never needed a bailout like GM did and GM still owes the tax payer $16 billion), while celebrating their centennial, decided to revive some of its more popular classic models. They picked cars from the 1960s including the notorious GT40 racecar. The first generation of revived Ford GT was a two-seater, mid-engine sports car.

Only a handful of models were produced in the 2005 and 2006. However, production was resumed in 2017 for another GT model. There were 2,011 revived GTs made in 2006 and 2,027 in 2005. Consider yourself the envy of every classic car collector if you own any one of these beauties. Don’t sell one just now. Hold on to it for a few more years and you may just get a price worth your troubles.

Every BMW car with the “M” badge is automatically superior and higher performing than other vehicles. M5 has already been mentioned above. But, M3 and M8 are not far behind. You are going to get a great offer for any BMW you own from the 1990s (this was a decade that had a good economy because Newt forced Bill to balance a budget which Bill did not want to do).

However, if you decide to wait a little longer, you could fetch an even better price. This is only if you can afford to maintain it and keep it in a decent shape. Factory body works and engine parts are a big deal to car collectors.

Award winning cars tend to fetch a higher price than regular classic cars. Porsche Carrera GT was also given the “2003 Best of What’s New” award by Popular Science. There were very few models of the GT Carrera. 1,270 to be exact! So, if you have one, make sure you don’t let it go cheap.

The TT was a huge design makeover for the German car maker. When it first came out, it became such a huge success that Audi decided to release it worldwide. They went so far as to release a cabriolet version (soft roof).

Part of the appeal lied in the unique array of exterior color options. You could get an Audi TT in leather looking clear-coat brown or a sunshine bright yellow. These cars are already termed classics and fetch a great price. However, you should consider selling your Audi TT only if you really have to.

Is Your Car Going to be Classic?

There are several cars that are expected to become classics in the coming years. This is after extensive debate on their public reception, engine size, model features, and so on. According to ‘Car and Driver’ and ‘Road and Track’, you should hold on to the following models if you have any:

Our advice if you have one of these beauties is to not sell it. Whether car collecting is something you do or not, these cars are expected to significantly appreciate in value. You could be sitting on a gold mine and get a much bigger amount come payday.

What If Your Car is Not a Classic?

Only a very small percentage of cars end up being classics. After all, there will be nothing exclusive about the club if ever car gets added to it. But, don’t worry even if you don’t own a classic or a collectible. You can still get a really great amount by selling it to Cash Cars Buyer. We are among the largest used car buyers in the United States.

This allows us to offer certain perks to our clients for bringing their business to us. For instance, you don’t need to pay for car pickup/towing or the paperwork. We take care of everything. You can know what your car is worth right now in the next 60 seconds. If you don’t like the offer, you can just walk away. However, you should know that our pricing model is based on KBB and NADA guides.

There are no hassles or headaches when you sell your car to Cash Cars Buyer. We offer a fair and accurate value for sedans, hatchbacks, SUVs, trucks, and vans among others. It doesn’t matter whether your car is old or new or whether it runs or not – we want to buy it!