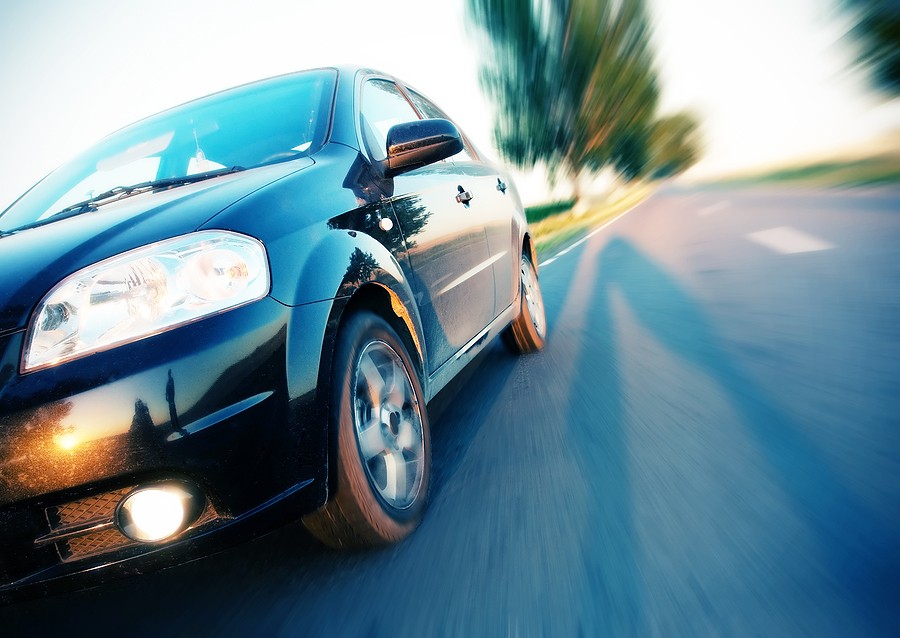 For all the amazing technology that is in modern cars, at the end of the day most of us only need them to do basically the same thing that the first cars ever made could do. That is to take us from one place to another more quickly than we could get there on foot. But if your car is not accelerating properly, then you have a serious problem.

A car not accelerating is not a typical problem and could be caused by a number of different factors. Let’s take a look at some of the most common reasons that your car is failing to get up to speed, and what you may be able to do about it.

Why Won’t My Car Accelerate?

Unfortunately, a car not accelerating is not a one problem, one solution deal. In fact, there could actually be a few dozen reasons why your car struggles to get you up to speed while you’re driving. However, some are definitely more likely than others and there are symptoms that you can be on the lookout for.

A clogged fuel filter can cause issues with acceleration because it inhibits the flow of fuel to your engine. Although your engine will be trying to burn the correct amount of fuel, dirt and debris clogged in the filter prevent it from getting to the fuel injectors. This results in your burning what is known as a lean fuel mixture with too little fuel and too much oxygen.

Problems with the fuel injectors themselves being clogged can cause the same problem, as can your fuel pump not working properly. A fuel pump can struggle because the fuel filter itself is also clogged, forcing the pump to work harder and produce less.

A new fuel filter shouldn’t cost you too much, probably only between $75 and $175 at a mechanic. Fuel pumps can get quite a bit more expensive however and can range anywhere from $225 to over $1,000 to have them replaced. And finally, if you need the fuel injectors replaced, then a mechanic could end up charging you anywhere from $800 to almost $1,500.

A problem with your timing belt or chain means that this whole system can be thrown off. Your spark plug may ignite the fuel and air mixture too early, too late, or not at all. All of this can greatly reduce the power output of your engine and prevent proper acceleration.

Timing belts or timing chains can be fairly expensive to replace. The parts are not that expensive, but it is an in-depth repair job that requires a mechanic to get deep into your engine. You can expect to pay anywhere from as little as $500 to as much as $2,000 if you have a high-end vehicle.

Some sensors in your car are subject to electronic failures or they simply can’t do their jobs because they’ve gotten dirty or come loose. When that happens, your computer can be getting faulty information.

The O2 sensor in your vehicle is responsible for monitoring exhaust emissions to determine the air-to-fuel ratio that your car requires. If it’s sending faulty information to your computer, that may be telling it that you need less fuel than you actually do, which causes performance problems.

If you need to get the O2 sensor in your car replaced, you can buy a new one for as little as $20 and they range up to around $100 from there. With labor factored in the entire job should cost you anywhere from about $100 to $400 depending on the sensor you get and the mechanic you take it too.

The mass airflow sensor performs a similar function to the O2 sensor. It measures the air that comes in through your car’s air intake to determine the proper amount of oxygen to add to the air and fuel mixture.

If your mass airflow sensor is sending incorrect data to your computer, then your air-to-fuel ratio calculations will be off, and you can have the same kind of performance issues that cause your car to not accelerate properly.

A new mass air flow sensor will probably cost you between $175 and $250. With labor costs to have it replaced, you are looking at a repair bill of $300 to $400 depending on where you take it to get the job done.

A bad throttle position sensor is another potential cause for acceleration issues in your car. The TPS sensor is used to determine the angle of your throttle valve opening. This is controlled by how you put your foot on the accelerator.

If your TPS sensor isn’t working correctly, then it won’t be able to send the correct data about how you are trying to accelerate to your car’s computer. That will effectively render your accelerator pedal useless, or quickly inhibit its ability to function.

Even more dangerous is that, if your TPS malfunctions, then your car may accelerate or slow down completely unpredictably because your engine computer is getting inconsistent data.

If you need to replace your throttle position sensor, it will probably cost you between about $125 and $225 to get the job done.

Replacing the air filter in your car is not very expensive. A mechanic is likely to charge you around $50 to get this job done. You can also do it yourself and save some money as a new air filter will only cost you $20 or so.

If you need to have your transmission fluid flushed and replaced with something new, you’re looking to pay probably between $75 and about $150 to get this job done.

If the problem with your transmission is something more in-depth than just the fluid, for instance, issues with the clutch, then the repair cost could be quite a bit more. Replacing the clutch in your transmission can cost anywhere from $1,000 to about $1,400.

If you need to replace the spark plugs in your car, it’s typically a very cheap repair job. In fact, you can get new spark plugs that cost about $10. If you head to a mechanic to get the job done, you will probably spend between $50 and $150 for them to replace spark plugs for you.

The upside of this is that replacing spark plugs on your own is very easy to do. This can save you a lot of money, especially if you need to replace several spark plugs.

Your car’s computer is susceptible to mechanical failure or other problems that prevent it from working properly and, as a result, cause it to make your car accelerate poorly.

Having your car’s computer inspected can cost you between about $150 to $300 just for the diagnostic. If it needs to be repaired or reprogrammed, that cost can get up to over $700.

When your car is not accelerating the way it’s supposed to, it’s more than just an inconvenience. Whatever is causing it to happen is indicative of a bigger problem that could get worse and cause your car to stop working altogether. If you’re having problems with your car accelerating, get to a mechanic as soon as you can to have it checked out.