Is Your Car Distributor Bad? 4 Symptoms That Show It Is! 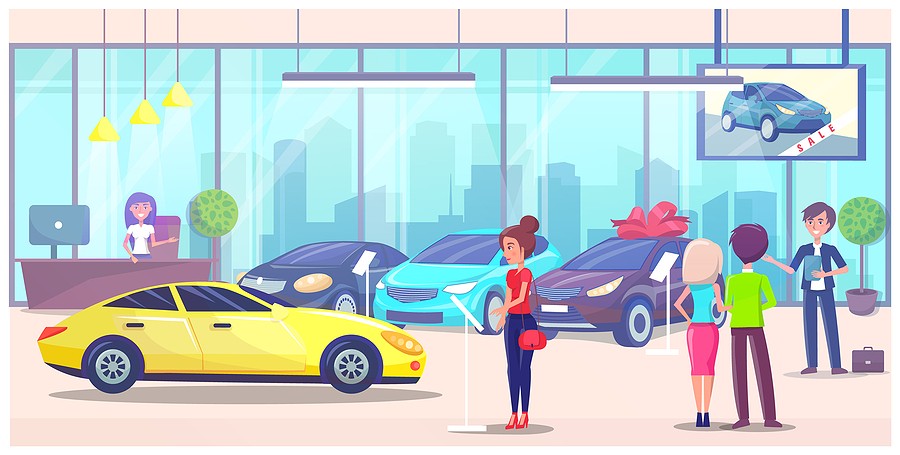 Most of the newer cars that are on the market today have electronically-controlled ignition systems in them. As a result, they don’t have always car distributors in them anymore. But if you have an older car, there is a decent chance that you have a car distributor in it. This part plays a key role in your ability to get your car started when you stick your key in the ignition.

What Is a Car Distributor and How Does It Work?

If you’re not sure whether or not your vehicle has a car distributor in it, you should sneak a peek at your owner’s manual to see if it does. A car distributor is found in any car that has a spark-ignition internal combustion engine that relies on a mechanically timed ignition.

A car distributor is a device that’s designed to turn along with the camshaft in your engine when you go to start your car up. In doing so, it’s able to send an electrical current from your car’s ignition coil to the spark plugs in your car at the right moment. This allows you to get your car started without a problem.

How Often Does a Car Distributor Need to Be Replaced?

There are some vehicles that are known to have issues when it comes to their car distributors. If you happen to own one of these cars, you might be forced to replace a car distributor well before you reach the 100,000-mile mark in your car.

What Are the Symptoms of a Bad Car Distributor?

If your vehicle’s car distributor ever goes bad on you, it won’t take you too long to figure it out. There are some clear-cut signs that are going to show that you need to put a new car distributor into place. You should, as we alluded to earlier, look out for these signs at all times and spring into action if you ever notice them. Check out several of the telltale symptoms of a bad car distributor below.

1. Your Engine Begins Misfiring All the Time

Have you noticed that your car seems to be misfiring on a regular basis these days? This is one of the signs of a bad car distributor that’s going to be impossible for you to ignore!

There are, of course, lots of different things that can cause your car’s engine to misfire. Your car may misfire if:

2. Your Car Refuses to Start

When your car distributor has gone bad, it’s going to stop your engine from sending a spark through your system. This is going to prevent you from being able to start your car when you stick your car key into your ignition and turn it.

You might mistakenly blame your car’s starter, battery, or spark plugs for it not starting. But the whole time, it could really be a bad car distributor that is to blame. The only way to remedy this situation is going to be to get your car distributor tested and to replace it accordingly so that you can resume starting your car up like normal.

When you attempt to start up your car with a bad car distributor, it might make any number of sounds. You might hear your car’s engine:

These sounds will come about because the cylinders in your engine will try to fire. But without a fully-functioning car distributor, these cylinders are ultimately going to fail to get your engine to start up.

Outside of the fact that these sounds are going to worry you, they might also be the only sounds that you hear if your engine won’t start up because of a bad car distributor. It’s yet another instance in which you’re going to need to call on a mechanic to pop the hood on your car and see what’s going on with it.

4. Your Check Engine Lights Turns On

But it might also mean that your car distributor is bad and needs to be replaced. The only way that you’re going to know what your check engine light means is by having a mechanic look at it and pull the codes from your car’s computer. They’ll indicate an issue with your car distributor or with another aspect of your car.

If it turns out that your car distributor is causing your check engine light to turn on, your only option might be to replace it ASAP to turn the light back off.

Can You Drive a Car Safely With a Bad Car Distributor?

As long as you can get your car to start up with a bad car distributor, you might not be too concerned about getting it fixed right away. But we’re here to tell you that you should not drive around in a vehicle with a bad for too long!

Your car might also continue to misfire when you have a bad car distributor, which could eventually cause damage to some of the other parts inside of your car, including your engine. It’s why you should shy away from pushing a car with a bad car distributor and continuing to drive it around despite its condition.

What Might Be Wrong With a Bad Car Distributor?

When you bring your vehicle to a mechanic because you suspect that there might be an issue with your car distributor, they’ll inspect it to see what might be wrong. Car distributors can have both mechanical and electrical issues that cause them to go bad.

A mechanic might be able to replace one of the individual components in or around your car distributor to get it working like normal again. But most of the time, they’re going to go ahead and recommend that you replace your whole car distributor at once rather than tinkering with any of the smaller parts in it.

How Do You Replace a Bad Car Distributor?

If it turns out that you need to replace a bad car distributor, it’s not going to be a job that you should tackle yourself. You’re going to want to rely on your mechanic to perform car distributor replacement for you since it can be a complicated job.

These are the steps that a mechanic will take to remove your old car distributor and put a new one in its place:

As you can see, this is not a job that should be taken lightly. You could do some serious damage to your car’s engine if you attempt to take the DIY approach to car distributor replacement.

How Much Does Car Distributor Replacement Cost?

Because of the complications that come along with replacing a car distributor, it’s not necessarily cheap to do it. You’re going to be looking at paying a pretty penny for the parts and labor associated with car distributor replacement. It should shake out like this:

You might also be subjected to other fees depending on what kind of car you drive and what other parts might need to be replaced. Your mechanic should be able to set you up with a more accurate estimate for car distributor replacement.

Can You Sell a Car That Has a Bad Car Distributor in It?

If you drive a vehicle with a car distributor in it, it’s likely on the older side. This may mean that it won’t make sense for you to pay to have car distributor replacement done when the time comes. If this is the case, you may wonder what else you can do with your car.

Cash Cars Buyer has the solution you’re looking for. You can sell your old car to us for cash! Here’s how it works:

PrevPreviousBest Way to Sell a Car Yourself
NextAirbag Occupant Sensor Replacement Cost – Expect To Spend Around $500 For This Fix! Next