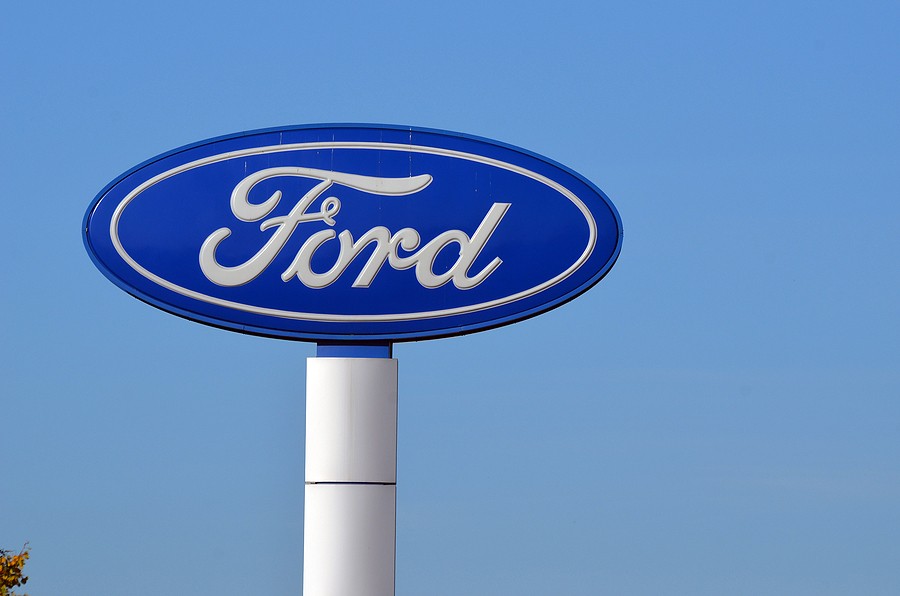 You've probably heard of Ford’s EcoBoost engines for a while now. On May 19th, 2009 Ford began protection of the EcoBoost engine at their Cleveland engine plant. The engines are a ocharged direct injection gasoline engine That come in a variety of sizes and displacements. They are designed to provide power and torque on par with larger engines well at the same time giving you superior fuel efficiency, up to 30% better than larger displacement engines, and also few are greenhouse gas emissions. They also cost less and have proven to be more versatile as well.

When an EcoBoost engine works the way it's supposed to, you're getting all the power of a traditional engine, better fuel economy, lower emissions, and a better product overall. It's basically the evolution of design, providing a superior product, in a smaller space, for a better value. It’s the kind of innovation you would expect any automaker to produce.

Keep in mind that Ford's production numbers are absolutely astronomical. When people report problems with their Ford EcoBoost engines it may seem like a massive problem, but when you look at it as a piece of a whole these are often fairly limited problems. That's not to say there aren't also serious, and as we will see there have been some extremely serious problems with the EcoBoost engine, and particular there 1.6 L EcoBoost engine that was used in the UK in particular, but also in some US models that resulted in not just performance and reliability issues but serious fires that led to injury and eventually some lawsuits as well.

The Ford EcoBoost engine Is generally very reliable, but nothing is perfect. Also, now that it's 2020 there are a number of older EcoBoost engines that are out of warranty and have been pushed to the limits over the years and have begun to fail. When that happens, these are the typical issues that most drivers with problems experienced.

Intercooler Condensation: This was a problem that some drivers with a 3.5 L EcoBoost engine experience back in 2011 and 2012 models. If there was an issue with humidity or moisture in the air on a particular day it could end up causing some stumbling performance, misfires, and hard acceleration on the highway.

Timing Chain Problems: Even though a timing chain is designed to handle a lot of stress, because the EcoBoost or the turbocharged engine there were some problems with drivers who push their vehicle past the recommended oil change limits. The timing chain and some of these engines would wear out, misaligning the camshaft and giving you a check engine light as a warning that something was wrong.

Spark Plug Problems: In some EcoBoost engines there were issues with excessive carbon buildup on the spark plugs. The solution for this was to replace the plugs and sometimes the boots as well.

Exhaust Problems: Various Ford models produced between 2013 and 2015 were known to have problems with white or blue smoke coming out of the exhaust. In this case there was a problem with the positive crankcase ventilation hose valve cover adapter. If the valve cover adapter was removed it could cause damage to the locking mechanism and cause pieces to fall into the open valve port cover. That ended up causing excessive pollutants to burn and come out of the exhaust in the form of a noticeable discolored smoke.

Intake Valve Problems: This was a bit of a weird problem because, on their own, the intake valves in your EcoBoost engine should be perfectly normal and working the way they're supposed to. The problem was that some drivers would use aftermarket cleaners that ended up damaging the intake valves. These products weren't designed for use in an EcoBoost engine and ended up causing damage to various gaskets, turbines, and seals in the EcoBoost engine. So technically this wasn't a problem with the engine itself, just the way people treated the engine.

Calibration Issues: Ford issued about 9 different calibration updates for the 3.5 L EcoBoost to help fix problems ranging from Shifting to ignition to problems with the vacuum system.

This was arguably the most problematic of all the EcoBoost engines that Ford produced. The British-made 1.6L was used in models including the Ford Escape, the Ford Fiesta ST, the Ford Fusion sedan and Ford Transit Connect Vans. It had serious issues with overheating and even catching fire. In fact, there have been 29 fires in the US recorded as a result of problems with this engine.

The problem in the 1.6 L engine stemmed from pressurized oil leaks in the engine compartment. The pressurized oil would overheat and result in a fire. There were also problems with engine coolant leaking into the cylinders. This ended up costing many thousands of dollars in repairs for those who are afflicted with the problem

There were about 230,000 vehicles recalled in the 2013 to 2015 model years as a result of problems with coolant leaks. Eventually Ford did away with the 1.6 L engine and introduced the 1.5 litre as a replacement. The 1.5 L has proven to be quite a bit more reliable in the long run then the earlier one had been.

Back in 2018 Ford issued a recall for the owners of some models that contain the 1.0 in the 1.6 EcoBoost engine in the UK. About 45,000 vehicles with 3-cylinder turbocharged engines made between 2011 and 2013 were recalled due to a problem with a nylon coolant pipe that went from the engine to the coolant tank.

Drivers reported massive repair bills to fix this problem before the recall was issued. In the UK they were paying upwards of 8,000 pounds, which in American dollars is about $10,500. That was for an entire engine replacement because the defect rendered it all but useless. Worse, some people's engines caught on fire.

Back in 2013 a handful of Ford owners filed a lawsuit in Columbus, Ohio saying that their EcoBoost 3.5 litre V6 engine misfired and rapidly lost power because of moisture in the intercooler. According to the lawsuit this was a problem that affected every EcoBoost engine, and that the National Highway Traffic Safety Administration had already fielded around 100 complaints about the same problem.

According to this suit, Ford knew about stalling and shuddering as a result of the problem and had sent technical service bulletins to dealers but had not issued a full recall. Another lawsuit filed in Louisiana mentioned the same problems and that eventually got the National Highway Traffic Safety Administration to investigate. This was mostly due to the fact that Ford had issued those technical service bulletins, effectively acknowledging that they did realize there was a problem.

In 2018 Ford was staring down a $1.3 billion lawsuit thanks to problems with the EcoBoost engine. The problem started with a lawsuit filed by a woman named Louise O’Riordan who bought a Ford Focus with a 1.0 litre EcoBoost engine in 2014. At just 32,000 miles the engine seized while she was driving down the highway resulting in a fatal accident.

The problem that occurred was related to the recall that had been issued for these engines. The coolant pipe failed leading to the engine seizing up.

The Ford F-150 is the best-selling pickup truck in the United States, and it has been the number one selling vehicle in the United States for decades now. Despite that, there was a class action lawsuit filed in 2019 claiming that Ford had been falsifying the fuel economy of the F-150. The Department of Justice had launched a criminal probe into Ford's road load estimates as well as other data that they had provided about the fuel economy of their vehicles. That led to a class action lawsuit being filed by consumers over falsifying statistics. Originally this just covered the Ford Ranger pickup trucks, but then grew to include the F-150.

Although this lawsuit doesn't just relate to the EcoBoost engine, since the engine statistics include the overall fuel economy as a major selling point the fact that the numbers were fudged by Ford to make it seem like it was more effective than it was call into question the viability of the engines in these vehicles.

According to the lawsuit, because of how Ford played with the numbers the extra fuel costs that drivers were going to face in real dollars workout to $2.32 billion for city driving for owners of 2018 Ford F150 and $2.09 billion for highway. Average it out and the combined fuel prices that drivers were facing because of Ford’s unreliable numbers were about $1.9 billion.

While all of these lawsuits were filed against Ford, there has been no real movement on their progress since they've happened. Generally speaking, lawsuits against massive corporations like Ford, especially if they’re class action, tend to take a very long time to go through the courts anyway. Even if they are successful, they may end in a settlement that includes a publication ban, so we don't get to hear about much of the results in the media.

While Ford has paid out on class action lawsuits in the past, a recent one dealt with problems with the door lock mechanism in Ford F-150s, there hasn't been any major lawsuits related to the EcoBoost engine that have been finalized in the favour of the plaintiffs.

2018 Ford F-series truck every 29.3 seconds. They sell over a million of these vehicles every year. Their numbers are far and away superior to every other vehicle on the road. With literally millions of F-series trucks on the roads today it would be almost impossible for some of them to not have problems. And that's just the F-series. When you total every vehicle, Ford has in their lineup they sold almost 6 million vehicles in the year 2018. And that was actually a bad year for them.

There was a clear-cut issue with the Ford EcoBoost engine in the UK, at least as it related to those 1.0 litre engines and the 1.3L engines. Ford even acknowledged in their own service bulletins and recall that there was a problem. For the most part however, especially stateside and as it relates to the larger capacity engines that Ford has produced under the EcoBoost label, there are not a lot of problems to speak of.

There is a reason that the Ford F-150 is not just the best-selling pickup truck in America but the best-selling vehicle in America. It has proven itself to be reliable, and Ford has shown that the EcoBoost engine is pretty reliable as well. No vehicle is 100% perfect all the time, no engine can be designed wholly without faults in every single one that gets produced on the line, but Ford is doing pretty well for itself. The EcoBoost engine is about as reliable as you can expect an engine to be.