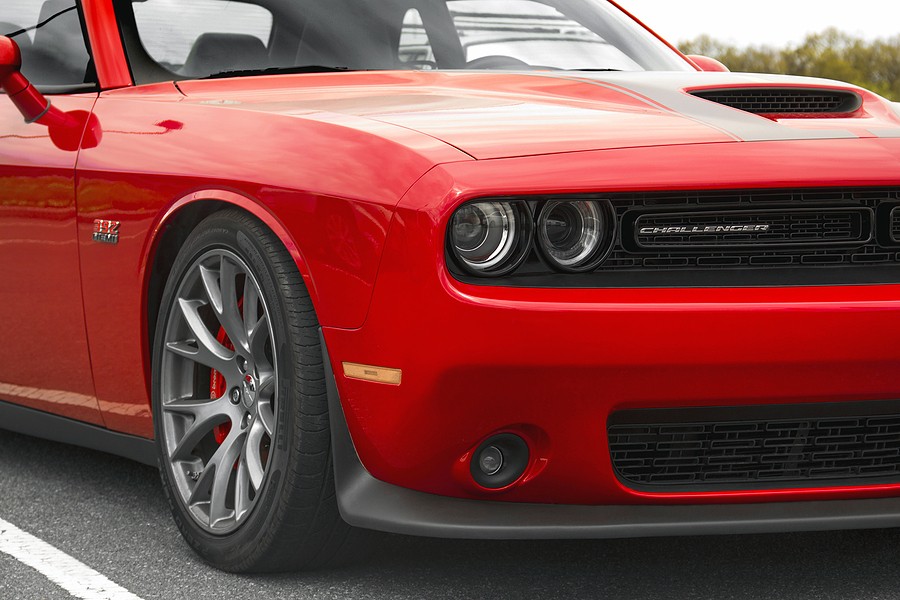 The Dodge 318 is an engine that has been used on various Plymouth and Dodge models throughout the years. To best determine “is the Dodge 318 a good engine,” we need to know the background of the company, the critical acclaim of the engine, and the details of the Dodge 318.

When trying to determine if the Dodge 318 is a good engine, we first need to know the background info about how this engine came to be and the company that produced it. The Dodge 318 V8 engine was made by Chryser and produced from 1967 to 2002.

Chrysler is one of the Big Three car manufacturers in the United States that was first founded in 1925 by Walter Chrysler. In the late 1980s, the company was acquired by Daimler-Benz, a German multinational automotive corporation from Stuttgart.

Between 2007 and 2014, many changes happened within Chryslers company. In 2009, Chrysler became known as “new Chrysler”, reorganizing their brand and several products rebranding with quality and luxury. Their Ram, Jeep, Dodge, and SRT models were separated within the company to focus on their own identity. During this time the 318 engine rose to prominence within their Dodge models.

When asking “is the Dodge 318 a good engine,” it is important to know that the 318 engien is not just limited to Dogs, but also other cars like the Plymouth and Chrysler cars along with the Dodge vehicles. This kind of engine was effective, efficient in terms of miles per gallon and fuel economy, and durable for a long-lasting and reliable product.

Plymouth was a brand of automobiles produced by Chrysler, first launched in 1928 to create an affordable and low priced car by the luxurious Chrysler company. It became a huge seller for the car maker until the late 1990s, with the brand officially withdrawn from production in 2001.

The two variations of Barracuda had two six-cylinder engines available, as well as three different v8 engine options to choose from as the buyer. One of these options? You guessed it – the Dodge 318 engine.

Chrysler was known for its superiority and its prevalence over other corporations at the time due to the engine selections and the high-performance nature of its cars. Reigning supreme over huge multinational automakers like Ford and General Motors, Chrysler produced a wide variety of six cylinder and v8 engines to choose from.

The Slant-6 from Chrysler served as a base model for most of the affordable and lower-end models produced from Dodge and Plymouth in the early 1960s. In the mid 1960s, Chrysler introduced their new 273-inch v8 engine for their vehicles, manufactured to be a lightweight engine that produced an effective 235 horsepower.

To determine “is the Dodge 318 a good engine”, you need to know if the engine that predated this choice was affordable, reliable, and effective. During the creation of the new and sporty Barracuda, this fresh-faced, modern, and fast car joined the existing Dodge Dart GT. complete with the 273-inch V8 small block engine, this car could quickly accelerate but was not very quick.

Chrysler engineers took this into account and decided the 273-inch engine needed a tweak to get a little bit faster and have more horsepower. The power increased to 235 horsepower at around 5,200RPM and 280 pounds per foot of torque at 2,8000 RPM. This high-performance option became the standard option in the new barracuda Formula S produced from 1965-1967 and in the Dodge Dart GT between 1965 and 1967.

The changes to this model included a new intake manifold, hot cam, dual-point distributor, and large-diameter single-exhaust system. All of these actions helped to answer the question of “is the dodge 318 a good engine.”

Along with the additional upgrades, the aesthetic and stylistic upgrades featured new black finish valve covers, vibrant ribs, and a chrome breather added to the Charger 273 on the Dodge Dart model.

Once these upgrades were completed on the 273 engine, Chrysler produced the 318 engine. These upgrades helped to answer the question of “is the dodge 318 a good engine.”

Creation of the 318 Dodge Engine

The 273 really set the mood and set the stage for the 318 engine, which was first introduced on the market back  in the late 1960s. The Dodge 318 was formulated for smaller Dodge cars and Plymouths that were situated on 108 inch and 112 inch wheelbase. In addition, the 318 engine was later used for the full-size Chrysler models, spanning a wide range of Chrysler vehicles on the market.

The 318 engine first was used in the Dodge Dart, the Dodge Demon, the Plymouth Barracuda, the Scamp, and the Duster. Eventually, every single Dodge car model was equipped with the powerful and reliable Dodge 318 engine.

In order to understand “is the Dodge 318 a good engine,” we must know the cars that utilized this engine and the performance qualities of this vehicle. The Dodge Dart was a line of cars that was made and marketed from 1959 to 1976 model years. First appearing on a show car that was later renamed the Dart Diablo, the production Dart became a midsize car in 1962 and switched back to the compact option from 1963 to 1976.

With the first generation produced for the 1960 model years, the Dart cars used the Plymouth platform with a 118 inch wheelbase. The model offered three trim levels for the market, offering the basic seneca, Pioneer, and the luxury option of the Phoenix.

The new Dart car came with the 225 cubic inch slant six engine, and with the optional 318 cubic inch v8 engine that fit with the two-barrel or four-barrel carburetors.

This kind of Dodge Dart was created in 1971, complete with optional hood scoops, blackout hood treatments, and performance qualities when compared to the traditional Dart. This Demon’s front fender wheel lips and rear wheel fender lips showed the minor styling changes and a unique style.

In the Demon Dart car, the 318 engine provided a reliable and durable engine for long-term use. This helped buyers answer the question of “is the Dodge 318 a good engine?”

The Plymouth Scamp was first produced in 1971 as the Valiant Scamp, using the Dart Swinger 2-door hardtop body shell with Valiant front metal and tail lamps used in the previous model year in the Dart. in 1972, this model experienced the best numbers in terms of sales, helping to answer the question of “is the Dodge 318 a good engine.”

The Plymouth Duster was a semi-fastback two-door coupe that was the smaller version of the related Variant, produced from the 1970 to 1976 model years by Plymouth/Chrysler. In the 1970 model year, the inception of this type of vehicle, the 318 cubic inch engine was available as one of the v8 engine options.

During the next model year in 1971, the Duster underwent a few different changes, like adding a new trim package called the Duster TWister. The Twister was similar in style to the Duster 340, but came with the 318 v8 engine as the base engine model. This reliability in the 318 engine shows that the company and the potential buyers thought that the answer was ‘yes’ to the question of ‘is the Dodge 318 a good engine.”

In 1973, all Duster 340 cars and some other Dodge 318 engine cars received a new 8.25” simplified axle assembly with the wheel bearings riding directly on the axle shaft.

In order to understand “is the Dodge 318 a good engine,” you need to know the specifications and details of this engine. The Dodge 318 had a 3.91-inch bore and a 3.312-inch stroke.

In a piston engine, the cylinder bore is the diameter of each engine cylinder. The engine displacement is based on the bore and stroke length of the engine utilized. In addition, the stroke length is the phase of the engine’s cycle during which the piston travels from top to bottom.

Along With the bore and stroke ratio, the compression ratio of the dodge 318 engine was 9.1:1, and was reduced to 8.6:1 by 1972 to create a better fuel economy and miles per gallon. The 318 engine came complete with a two- barrel carburetor, producing a respectable 230 horsepower at 4400 RPM and 340 pounds per foot of torque.

Although many people thought that the dodge 318 was a good engine, it still remains to be seen in terms of critical acclaim to determine “is the dodge 318 a good engine.” The Dodge 318 had numerous characteristics that could make this a high-performance and reliable engine – with just a few minor changes along the way.

When comparing the 340 and 360 engines with the Dodge 318, these two provided more durability, higher reliability, a smaller size, and increased versatility to provide a higher-performing engine in a more efficient and smaller package. When the dodge 383 engines were later produced a few years down the line, it overshadowed the previous dodge 340 and 360 options as well.

Although some of the bigger cars on the Dodge lineup were equipped with bigger engines to provide more horsepower, the 318 did have a niche market that worked especially well for some specific cars. The Dodge Challenger and the third-generation Plymouth Barracuda featured larger V8 engines with a higher performance level – but smaller Dodge cars worked very well with the dodge 318.

The engine provided enough horsepower for many Dodge vehicles, but was not too difficult to use and maneuver for smaller frame vehicles. Similar to the smaller compact car models and mid-size vehicles, the Plymouth Valiant, Volare, and Aspen used the dodge 318 engine. This helps to answer the question of “is the dodge 318 a good engine”for me.

Although during this time period the Dodge 340, 360, and 383 V8 engine stole the show in terms of the general population. However, despite this recognition of the more powerful engines, the 318 proved to be Chrysler’s best selling V8 engine due to the careful fuel economy maintenance and impressive fuel economy.

When determining “is the Dodge 318 a good engine,” we have to look at the history of the Chrysler company, the background of the 318 engine, the cars that utilized the 318 engien, and the critical acclaim of this engine type. Noting the benefits, like the fuel economy and power-per-size ratio, the dodge 318 engine is a reliable and durable choice that was used in multiple Dodge cars of the time period.