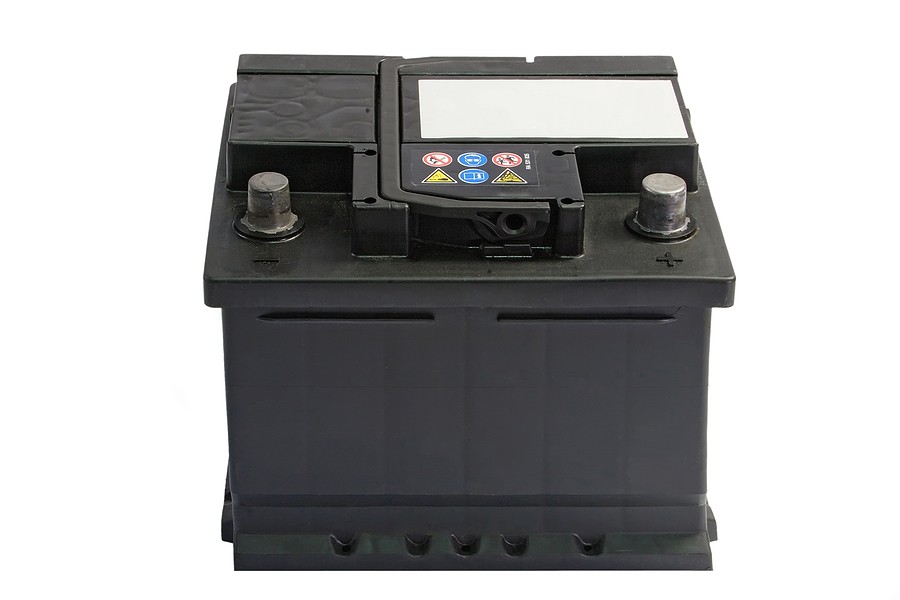 If you’re dealing with car battery issues continuously, you might be asking yourself, “is it time for a new car battery?”. Take a look at these symptoms of a bad car battery and replace the battery immediately:

Have you ever tried to start your car in the early cold morning, and your vehicle did not start? It can be more frustrating to deal with battery problems when you're in a rush and have no time to deal with such issues. Maybe you relied on jumpstart for a long time, but it is the right time now to ask yourself, “is it time for a new car battery?”

Car batteries are not very expensive, and learning about the main symptoms indicating that the battery is reaching the end of its lifetime is extremely helpful to prevent any frustration and maintain a smooth and comfortable car driving experience.

This article collects the top reported symptoms indicating that the battery is failing or about to fail. Whenever you notice these symptoms, you must replace the battery immediately. The article will also provide you with some rough estimates about how much to expect for battery replacement.

What does the car battery do?

Before talking about “is it time for a new battery?” It is important to understand the main role of your car’s battery.

There is a very common misconception that your vehicle’s battery sends the required electric current for the different electric components as your vehicle runs. However, that’s the alternator’s job.

The battery is responsible for providing your engine with a strong initial electric current to crank and get started. Without the battery, you can not run the engine at all.

Maintaining a good car battery is a must in every car; otherwise, the car won’t simply start. That’s why during the winter season, you’ll find many people stuck with their vehicles not starting due to battery problems.

While sometimes you will be able to resolve the battery issue using a jump-start, you shouldn’t rely on jumpstarting the car as a permanent solution because it can cause major problems to some sensitive electric components, which can be critical if you’re driving a modern car.

Is it time for a new car battery?

Since the battery is a critical component in your vehicle, you must understand when it’s failing or about to fail. The good news is that your car’s battery will show clear symptoms that it’s failing before it even does. This is to bring your attention and get you to resolve the issue and prevent dealing with major breakdowns.

Let’s take a close look at some of the common symptoms of a bad car battery:

As we highlighted earlier, the main role of your vehicle’s battery is to help get the engine started. Therefore, when the battery isn’t in good condition, you will first notice difficulty starting the engine.

When the engine doesn’t start, the problem might and might not be related to the battery. Thus, before attempting to replace the battery, you must perform a thorough inspection to determine the root culprit.

Problems with dimmer headlights might indicate that the battery is approaching the end of its lifetime, which means you will have to install a new one.

As a rule of thumb, whenever you notice any weird smell coming from the vehicle, you must take it seriously because it might be related to an internal problem. However, the smell doesn’t necessarily have to be bad because some nice smells are linked to major problems in your car.

This also applies to the car’s battery. When the battery fails, you might notice some sulfur smell as your battery releases some of the internal fluids outside the battery case.

Keep in mind that when you see any fluids or other particles coming out of the battery, you must not touch the battery because all these fluids and particles can be toxic. In this scenario, you’d better have a professional mechanic inspect the battery to check whether it’s repairable or not.

4-     Engine cranking but not starting

In some instances, when the battery is not in good condition, you might experience engine cranking but not starting. This happens when you insert the key in the ignition and turn it to only notice signs of engine cranking without moving forward to start the vehicle.

When this happens, it is clear that there might be an issue with the battery, which needs your immediate attention.

When you realize that jumpstarts more frequently than usual, it might indicate that the battery is reaching the end of its lifetime. Think about it this way; the battery should start the engine immediately if it's in good condition. It's not rare to deal with better issues between now and then where you rely on jump starts. But if you see that jump-starts become a permanent solution, this indicates that you need to change the battery.

When the battery is about to expire, you'll see that the case is not in the same shape as when you First purchased it. The case will look more swollen or probably cracked from the sides. When this happens, you must not touch the battery, and you must leave it to professionals because the battery might be dangerous.

The more you use your vehicle's battery, the higher the chance of corrosion building up on the battery cables and terminals. While you can still clean these terminals from all corrosion, you might need to install a new battery at some point in time because it is beyond repairs.

It is important to note that you are not recommended to clean up the battery terminals if they're cracked because there's a very high chance that you might get electric shocks. Thus, to keep yourself safe and prevent hazardous situations, leave the battery repaired to your professional.

How much does it cost to install a new car battery?

Although the car battery is a core component in your vehicle, surprisingly, repair costs are not very expensive, and it shouldn't cost you more than $10 to $100 to install a new car battery.

If you have the right mechanical experience, you don't have to hire a professional to install your know car batter. You can do the job yourself here. Plenty of online DIYs are available that helps you take out the old battery and install a new one.

However, suppose your vehicle is a more valuable car, and you don't have the right level of experience needed. In that case, it might be worth leaving it to a professional and installing a new battery. Typically, better installment is not a complicated process, which means that labor costs won't be a big deal when you go to an independent shop or even a dealership.

Signs of a bad car battery vs. alternator

One of the very common situations that you might encounter during the lifetime of your car is having troubles with starting the vehicle but not knowing exactly whether it's related to the battery or the alternator.

Signs of a bad battery versus alternator are very similar, and at the end of the day, your vehicle will have difficulty starting. You'll also have problems with dimmer headlights, and sometimes a warning light might illuminate on the dashboard.

But how can you tell which one is the real culprit?

Well, one easy, simple trick you can implement is to perform a quick jump start. If your car started, this indicates that the issue is related to a bad battery. However, if your car didn't start, then the problem could be related to the alternator.

Keep in mind that if your car's battery was the culprit, it doesn't necessarily mean that the alternator is in good condition. In other words, if you try jump-starting the car and the vehicle doesn't start, the problem might be related to both the alternator and the battery. Thus, it is critical that once you install a new battery, your mechanic performs another inspection of the alternator and confirm that the vehicle starts just fine. Again, the issue is just related to a bad battery.

Should I replace my car battery before it dies?

Of course, yes! If you know that your battery is about to expire sometime soon, experts recommend that you replace it a long time before it reaches the end of its lifetime. For example, if your battery is four years old, you don't have to wait until you deal with some major complications until you install a new battery.

Battery replacement is not as frustrating as dealing with major breakdowns without being prepared. Thus, choose your time at your convenience to remove the battery and install a new one rather than getting stuck in nowhere without any help nearby.

Is it time for a new car battery: final thoughts

The battery is a core component in any vehicle, and without a perfectly working battery, you won't be able to start the car unless you rely on jumpstarts. However, jumpstarts should not be permanent solutions for starting your vehicle every time, and that's why you must ask yourself, “is it time for a new car battery?”

This article provided you with common symptoms indicating that the battery is reaching the end of its lifetime. These symptoms include difficulty starting the engine, dimmer headlights, weird odor, engine cranking but not starting, multiple jumps start, weird battery case shape, and more.

Whenever you notice any of the mentioned symptoms, you must take these symptoms seriously and replace the battery immediately. However, your vehicle might be suffering from other problems, and it might not be worth investing your time and effort in installing a new battery here. That's when automotive experts always recommend selling your vehicle instead and using its value to buy a better car that doesn't have any major problems.