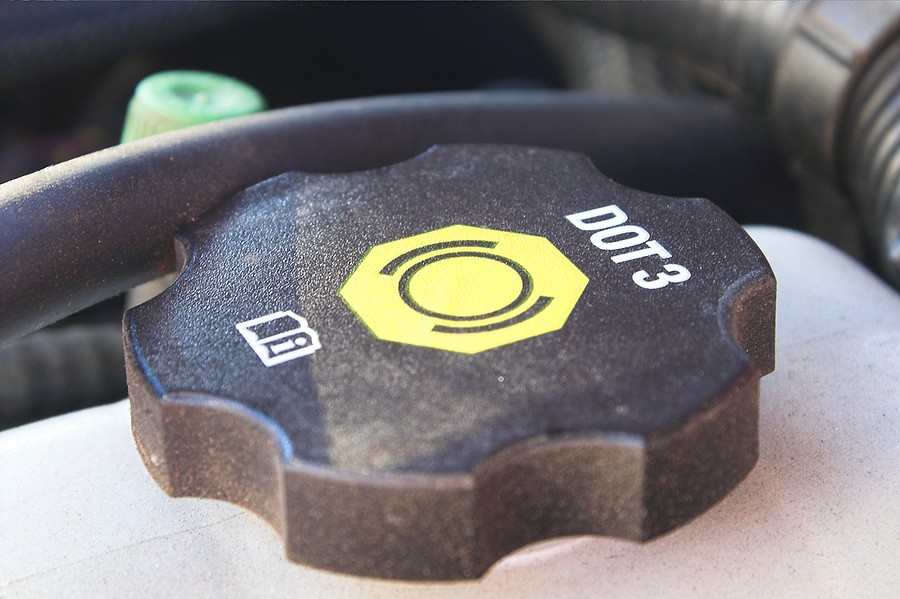 Is brake fluid universal? You have probably asked this question if the brake fluid in your car is already due for a change. With different kinds of brake fluids that can be purchased on the market today, it can be confusing to choose one that is right for your car. To answer the question, brake fluids are fairly universal however, it is important that you use a brake fluid that is specified by your car’s original vehicle manufacturer. To know which one is right for your car, you need to consult your owner’s manual. You need to know whether it uses DOT 3, DOT 4, DOT 5 or the DOT 5.1.

Is Brake Fluid Universal: What brake fluid does?

Many drivers are probably more concerned about doing the regular oil changes and checking the brakes, but many are not doing the same when it comes to checking and changing their brake fluids. The brake fluid is as important as any of the other fluids or oil in your car. In fact, recent studies show that 86 percent of the vehicles that are checked randomly during the state vehicle inspections have at least one thing that can trigger the vehicle to fail and 15 percent of it are vehicles that have brake fluids that are contaminated, low, or worn out. That means that one out of ten vehicles that are running on the road today can potentially suffer a brake failure caused by problems in their brake fluids.

It can’t be stressed enough how important it is to always check your brake fluid and top it up when it is low since without it, it can compromise your safety and you won’t be able to use your brakes at all. You also need to follow the recommended fluid change interval set by your car’s manufacturer. Just make sure that you will use the right brake fluid for your car. It is for this reason why many people are asking, “is brake fluid universal?” since there are different kinds of brake fluids sold on the market.

Is Brake Fluid Universal: Is brake fluid the same for all cars?

The US Department of Transportation or DOT classifies the brake fluid by using a number between 1 and 5.1 which indicates the boiling point of the fluid. The higher the DOT number a brake fluid has, the better its quality is. The higher the DOT number, the greater ability it has to endure the high temperature, pressure, and performance environment.

Glycol-based brake fluids are usually used in many vehicles as well as performance vehicles that are equipped with anti-lock brake systems or ABS. Many of the vehicles that are made in America use DOT 3 brake fluid up until mid-90s. This kind of brake fluid has a 284 degrees dry boiling point. The DOT 3 is rated roughly at 1500 at -40 F viscosity. It works well for brake systems that have large brake drums and thick brake rotors since these type systems can easily dissipate brake heat.

Many European vehicles use DOT 4 and these DOT 4 brake fluids can absorb less moisture than the DOT 3 ones. It is for this reason why there are a lot of car enthusiasts that convert their hydraulic brake systems from DOT 3 to DOT 4. The DOT 4 brake fluid has a boiling point of 311 degrees Fahrenheit with 1800 at -40 F rated viscosity.

Now, just because conversions such as this one can happen, it does not mean that the answer to the question, “is brake fluid universal?”, is a big  yes. There is much more to the conversion than just changing the brake fluids. If ever you want this done on your vehicle, you will need to change all the brake system’s rubber components as well as flushing all of the steel lines and the brake hoses. This is done to keep cross contamination from happening.

These glycol-based brake fluids are hygroscopic which means that they can absorb moisture. This type of fluid has its advantages but it also has some disadvantages. Its ability to absorb moisture or water can promote distribution throughout the braking system and can help keep the absorbed water from pooling in its low-lying areas. This can help prevent the braking system’s components from deteriorating faster since pooling in the low-lying areas can cause corrosive acids to be formed. Aside from that, if there is water in the brake system, it tends to boil or freeze faster than the brake fluid. However, if the glycol-based brake fluid loses its ability to prevent corrosion, the brake fluid can extract moisture through porous metal surfaces.

The brake fluids which are silicone-based are usually used in vehicles that are equipped with hydraulic braking systems, without ABS technology. This kind of brake fluid does not absorb water. The DOT 5 brake fluid is commonly used in today’s newer cars. This type of fluid can be a bit pricey but it has a 356 degrees dry boiling point.

Since the DOT 5 is a silicone-based brake fluid that does not absorb any moisture, it will not damage painted surfaces. It can also help prevent rust by working as a weather barrier for your braking system. This type of brake fluid is known to be lighter in cold temperatures with a weight of only about 900 at -40 F.  While the DOT 5 can be used if you want to upgrade or replace your DOT 3 or DOT 4 fluids, it does not make the brake fluid universal. The DOT 5 cannot be mixed with any of the other brake fluids.

The conversion process of the DOT 3 or DOT 4 brake system to the DOT 5 is pretty similar to the DOT 4 conversion. However, the DOT 5 brake system can be hard to bleed but when it is done, it will be able to resist rust or corrosion better than the other two. It can last longer too.

Is Brake Fluid Universal: How do I know what kind of brake fluid to use?

By now, you have probably found out the answer to the question “is brake fluid universal?”. But how can you know what kind of brake fluid can be used on your brake system? The surest way to know what type of brake fluid your vehicle needs is by checking your owner’s manual. You can also find it in the specification stamped on your vehicle’s master cylinder reservoir.

How often should the brake fluid be changed? No matter what kind of brake fluid is used on your vehicle, make it a habit to follow the manufacturer’s recommended fluid change schedule and have your brake fluid changed. When you test a used fluid using chemical test strips, it sometimes shows a result that the used fluid has up to eight to ten percent of water contaminants after using it for a few years.

Brake fluid changes are usually done every 30,000 miles or after every two years depending on what kind of vehicle you have and your braking patterns. It is also recommended that you change your brake fluid whenever a brake component like the brake pads or discs are  removed and replaced. There are many service shops that recommend and offer a flush and refill to be done after the replacements but drivers tend to go against it to save a few bucks. But experts recommend it to ensure that your brake fluid is always on its top, working condition.

Is Brake Fluid Universal: What happens if you don't change your brake fluid?

If your brake fluid is due for a fluid change and you ignored it, it can cause many problems. An old brake fluid that has already worn out or broken down can no longer be able to do its task efficiently.

A brake fluid that is long overdue for a change can cause the brake fluid reservoir to be contaminated with moisture. The brake fluid itself can also be subjected to debris buildup since the brake system can shed small amounts of rubber as they become older. Plus, its metal components can also rust and corrode because of the moisture-laden brake fluid.

An old and failing brake fluid can compromise your safety since it can result in poor braking performance. When you step on the brake and it feels spongy, it is an indication that your brake fluid is about to fail. It might take a while and with much effort to bring your vehicle to a stop when you step on the brake. There might be some instances where you have to pump your brakes to build up the pressure for it to work.

Is brake fluid universal? It can be. Brake fluids that match up to the DOT 3, DOT 4, and DOT 5.1 can be mixed safely but the product with the higher specification’s performance will be diluted. Just remember that the DOT 5 cannot be mixed with any other DOT fluid brake.