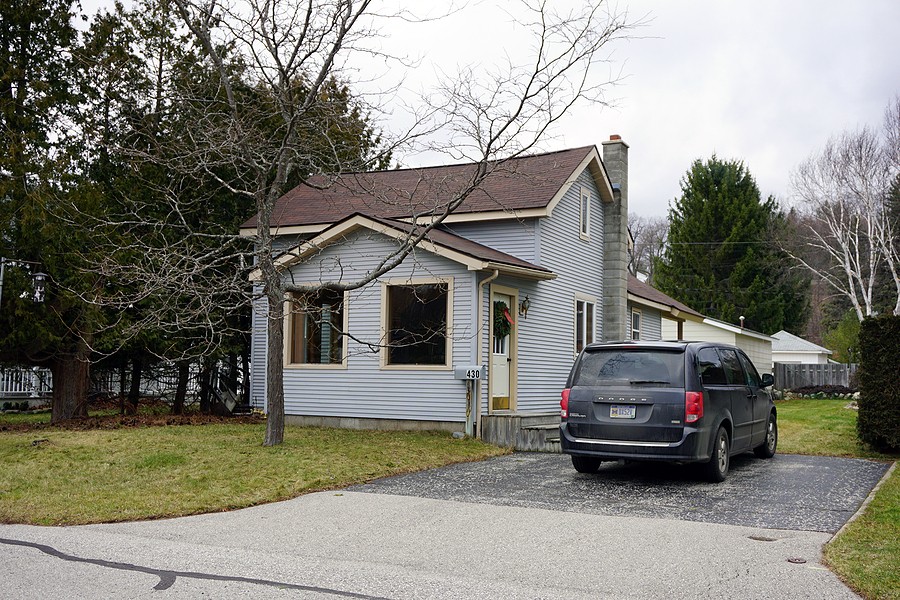 Ever since the Dodge Caravan was redesigned in 2011, it has been one of the most affordable minivans on the market. However, its reliability is average and is behind its rivals as it is rated poorly early in the decade. Since 2015, its reliability has been noted as nothing special. Owners have also reported that issues in the body integrity, power equipment and climate system happen frequently.

Car reviewers have found it hard to recommend the 2016 Dodge Grand Caravan as a used minivan. The lack of standard active safety features that its rivals have plus the smoother rides and better handling that their competitors can offer are two main reasons the 2016 Dodge Grand Caravan falls behind. Despite that, many buyers love the second-row Stow ‘n Go seating it offers which is standard in all except for the base trim. Rivals like the Toyota Sienna and Honda Odyssey do not offer this feature. Also, the 2016 Grand Caravan is one of the least expensive minivans on the market having an average price of $17,300 based on car listings. The prices range from $14,500 to $20,600 depending on the trim level. Other factors that can influence the pricing include mileage, condition of the vehicle and ZIP code.

While buying the 2016 Grand Caravan is easy on the budget, owning it is a completely different story. Based on data gathered from owners of this vehicle, over the period of five years you should expect to spend around $25,800 for fuel, repairs, maintenance and insurance. You would save $900 or more on these for the same period of years if you’d chosen to go for a Kia Sedona, a Honda Odyssey or a Chrysler Town & Country.

The 2016 Dodge Grand Caravan, Honda Odyssey and Toyota Sienna remain major players in the minivan market. The Grand Caravan’s boxy and simple exterior may look bland in comparison to the more stylish exterior of the Honda, Kia and Nissan but if you want spacious interior which most families care most about then it could be the better choice. As mentioned previously, the Grand Caravan has the 2nd-row Stow n’ Go seating which gives it an edge over its rivals along with its lower price tag. And despite the base AVP trim costs thousands less than its rivals, the Dodge Grand Caravan has the most powerful V6 engine in its standard and class.

As you can expect, driving a minivan is no fan but the 2016 Dodge Grand Caravan cannot match the ride and handling of its newer rivals. The 283-hp V6 and six-speed automatic offer impressive acceleration and smoothness plus the brakes feel competent and strong. That power is enough when hauling seven passengers and their gear. If you include an optional towing package, then you can also haul up to 3,600 pounds. The suspension of the Grand Caravan returns a smooth ride but still falls behind the Honda Odyssey and Toyota Sienna when it comes to cornering and turning radius. Dodge has packed the Grand Caravan with a myriad of cool features however its dated architecture negates certain infotainment and electronic features found on newer Fiat Chrysler vehicles.

After weighing the advantages and disadvantages of the Grand Caravan and feel that this is the minivan for you, the next question to ask is whether you should buy a used 2016 model instead of a 2018. To start with you can expect the 2018 model to be more expensive. Dodge has made very few changes with the 2018 model but the newer model does have a standard rearview camera and a 6.5-inch touch screen. One tip is to buy a certified pre-owned Grand Caravan to get coverage that’s nearly as good as a new-car warranty. This is a smart move when you consider its low reliability rating.

There have been recalls for the 2016 Grand Caravan. Those equipped with a fire extinguisher can have it replaced under one recall. Other recalls address potential issues with a faulty hood latch, a damaged fuel rail, a cracked brake caliper, the transmission pump and the hardware securing the third-row seat. Finding a car’s VIN to check if any of these issues affect a specific vehicle you are considering is easy. Make sure all applicable recalls have been dealt with before purchasing.

Now that you’ve decided on buying a 2016 Dodge Grand Caravan, the next thing to ask is what trim level is best suited to your needs. It comes in six trim levels namely the American Value Package, SE, SE Plus, SXT, SXT Plus and lastly, the R/T. The American Value Package provides only a few standard features which include a keyless entry and a four-speaker stereo. The SE trim comes with more features like the second- and third-row Stow ‘n Go seats that fold into the floor, tri-zone manual temperature control and the ability to reverse the third-row seats for tailgating. The next trim which is the SE Plus provides additional features such as power third-row windows, satellite radio, premium cloth bucket seats, and Bluetooth phone and audio streaming.

The SXT trim comes standard with dual power-sliding rear doors and cloth bucket seats, while the SXT Plus has leather upholstery and a power-adjustable driver’s seat. The top trim, Grand Caravan R/T, offers leather-trimmed bucket seats, remote start, power-adjustable front seats, tri-zone automatic climate control, an auxiliary power outlet, a rearview camera, a 6.5-inch touch screen and a nine-speaker stereo. Out of the six trim levels, the SXT Plus is most recommended as it gives you the most bang for your buck with the practical standard features such as standard power-sliding rear doors and power-adjustable front seats.

When buying a used Dodge vehicle, you must know that Dodge offers a certified pre-owned program for vehicles 5 years old or less and with less than 75,000 miles. The vehicle’s initial sale dates will determine its eligibility. Dodge extends the original new-car powertrain warranty to 7 years from 100,000 miles or the original sale date for its certified pre-owned vehicles. On top of that, CPO vehicles also have a three-month or 3,000 miles Maximum Coverage Care Warranty. Other available benefits are a car rental allowance, a 90-day SiriusXM satellite radio trial, a 24-hour towing and roadside assistance and a CarFax vehicle history report. Do note that there are model and mileage restrictions so better read the Dodge warranty page thoroughly. Also, according to some experts, Dodge offers one of the worst CPO warranties among affordable car manufacturers. Honda, Hyundai, Kia, Ford, Chevy and Mazda are found to be better.

In one of the car review websites, the 2017 Dodge Grand Caravan is ranked number 6 among 2017 Minivans. It is considered as an average minivan. Like the 2016 model, its desirable qualities are the convenient Stow ‘n Go seats that fold flat into the floor which eliminates the need to take away the bulky seats in case you need more cargo space, and a very powerful V6 engine. However, the Grand Caravan did not perform well in crash tests, and it doesn’t have some of the advanced features found in its rivals such as the Chrysler Pacifica. There is also a room for improvement for its cabin materials and ride quality. For fuel economy, the 2017 Dodge Grand Caravan earns 17 mpg in the city and 25 mpg on the highway for a combined mpg of 20.

The Grand Caravan may be one of the most affordable minivans you can purchase but there’s a catch. It is unfortunately not the cheapest to own. Expect to spend around $25,700 in a period of five years to insure, maintain, fuel and repair your Grand Caravan. A Kia Sedona is cheaper to own that a Grand Caravan. Then, the cost of insuring a Grand Caravan will depend on several factors such as the level of coverage you want, your deductible and type of insurance you select.

The 2017 Grand Caravan was given by J.D. Power a reliability rating of three out five, which is average. The 2016 model has more recalls than the 2017 model year.

The 2017 Dodge Grand Caravan offers in four trim levels which has been streamlined from six in the previous year. The base trim, the SE, has limited features. For families, it is recommended to start with at least the SE Plus trim. Aside from the standard third-row Stow ‘n Go seats, the SE Plus trim also has folding seats in the second row so it is very easy to quickly change your interior to either hold extra passengers or haul cargo. But if you have the money, then it is better to go for a used Grand Caravan SXT. This trim model has an upscale interior with its leather seats, a power liftgate and power-sliding rear doors. There is also a tow package but it is only available in the top trim which is the Grand Caravan GT. Some GT models may also include advanced safety features such as blind spot monitoring, rear cross traffic alert and rear parking sensors.

The current Grand Caravan generation is not so current as it is old. Dodge was not able to come up with major revisions, only minor ones, to the trim levels and features since the launch of the Grand Caravan for the 2008 model year. In 2013, the formerly standard second-row Stow ‘n Go seats became optional. For 2017, a rearview camera with its 6.5-inch touch screen became standard. The way Grand Caravan is rated across car review sites remains unchanged because it has also been more or less the same for the most part between model years. Hence, you can save money by getting an older but nearly identical Grand Caravan.

The 2016 Grand Caravan is part of a generation that was introduced in 2011 and yes, this includes the 2018 model as well. Aside from a reshuffling of trim names, Dodge has made few major changes to the Grand Caravan over the years. If you have a limited budget, you can even consider buying a 2014 or 2015 model since they also have similar features and scores to the 2016 model.

Unfortunately, buying a used Dodge Grand Caravan is not a great bargain. In fact, some car experts say you should never buy one at all. Aside from not having a lot of improvement throughout the years, the most recent generation also got several negative feedback from drivers. They reported several issues and the typical complaints are faulting air conditioning, brake wear, engine stalling, hard gear changes and transmission failure.

First off, there’s the shifting issues. The Grand Caravan’s shifting quality has been addressed by several technical service bulletins and recalls. There’s the full recall for 2015 and 2016 models due to a transmission oil pump that causes loss of power. Then, there’s the issue with air conditioning which is a known problem for many generations of Grand Caravans. Finally, the engine stalling issues, which are caused by a faulty ignition switch and the failure of the fuse box. It is no surprise that FCA has confirmed that there would not be any further updates to the Dodge Grand Caravan and it will soon be discontinued completely.