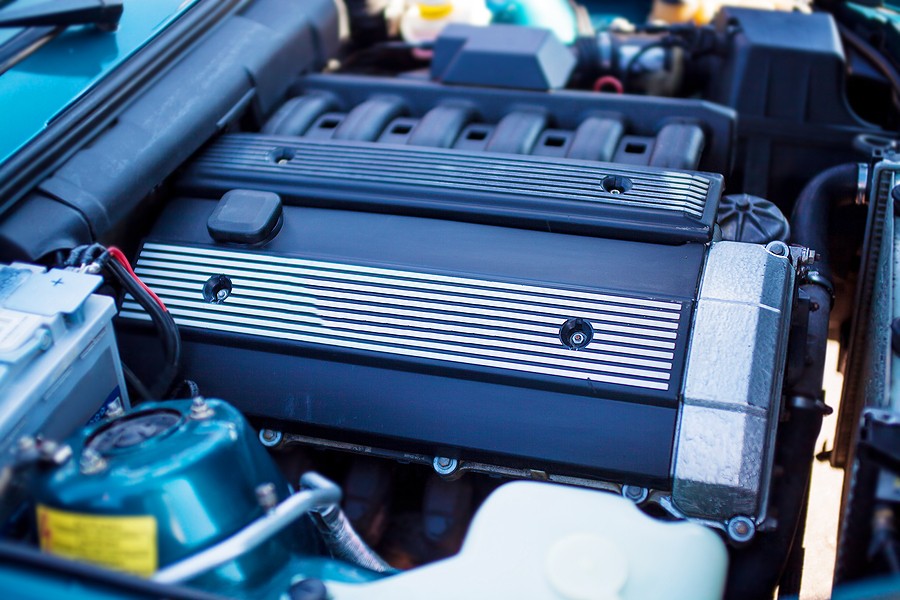 Even though the intake manifold may not be one of the most easily identifiable parts of the engine for the average motorist, its importance to the overall functioning of your engine is very high. The intake manifold is there to direct the air and fuel mixture to the right cylinders so that the combustion reaction can take place and power your entire vehicle. It also directs coolant through the cylinders in order to keep the temperatures at a properly functioning level.

Your intake manifold contains pistons that move the air fuel mixture and coolant around the engine block by way of valves. If it is not working properly, then these things will not be mixed properly, and your engine will either work inefficiently or possibly not at all. Because your intake manifold is constantly under high levels of heat as well as pressure it's possible that they could crack over time. Likewise, the gaskets which are flexible can also wear out over time due to high levels of heat and pressure.

If your intake manifold cracks or otherwise breaks down and starts leaking coolant there are some signs and symptoms that you can be on the lookout for to let you know that it's the intake manifold rather than another part of your engine that may be giving you troubles. If you start experiencing any of these problems take your vehicle to a mechanic as soon as you can to get it checked out.

Signs and Symptoms of an Intake Manifold Coolant Leak

Coolant Puddles: Because coolant can start leaking out around faulty gaskets you may notice drops or puddles of coolant under the engine of your vehicle. Coolant is typically either green or orange so this will help you distinguish it from other liquids that may leak from your vehicle. Coolant can leak from a number of different places in your car however, so you shouldn't assume right away that it was your intake manifold that caused the problem if you find coolant leaks. However, if you experience several other symptoms at the same time then it's definitely a place you should consider looking.

Sweet Smell: Coolant has an unusually sweet odour to it that you'll notice if you have a coolant leak in your intake manifold. In fact, the smell of coolant is so enticing that many animals will come to try to drink it. Some people haven't even tried to drink coolant as well, and there have been instances in the past where people have used it to cut wine in order to commit fraud because of the sweet taste. However, antifreeze is also highly toxic and extremely dangerous. Keep that in mind if you do see a leak, it should be cleaned up as soon as possible.

Engine Overheating:  It stands to reason that if you have a coolant leak, then your entire coolant system is going to start to fail. The result of that is that your engine will not be able to maintain the proper temperature required for optimal functioning. If the coolant leak gets bad enough or goes on for long enough then your engine will begin to overheat. Even with a minor leak that doesn't show any outward signs, this can eventually get to the point where the engine overheats. This is especially true if the gaskets are leaking in a way that causes the coolant to leak inside the intake manifold rather than outside. There will be no external sign that you have a leak, but obviously you're driving will start running hot and that can lead to more extensive damage and eventually much higher repair bills as a result. You never want to run an engine too hot for too long.

Poor Engine Performance:  Because the gaskets in your intake manifold are used to ensure a proper amount of pressure in your engine, if they wear out and develop cracks or breaks not only will your coolant begin to leak out but you're also going to suffer pressure losses. This means that the air that mixes with the fuel to create your combustion reaction will begin venting and your ratio will be thrown off. Your engine will start underperforming as a result which you'll notice with your inability to accelerate the way it used to or maintain speeds that you are used to.

Reduced Fuel Efficiency:  Because you no longer have a proper seal, the breaks in your intake manifold gasket will throw off the fuel to air ratio as we mentioned. This means your engine will start drawing more fuel to compensate for the problem even though it won't be able to burn it as efficiently as it's supposed to. You'll find that you're heading to the gas pumps more often to fill up and actually end up having more performance issues as a result. Over time, this can end up costing you quite a bit of money in fuel not to mention the potential damage that it's going to cause to your vehicle.

Engine Misfires: Anytime that your fuel and air mixture is thrown off because of cracks and leaks, not to mention the potential for coolant to be leaking into the combustion chamber itself, you run the risk of some serious engine misfires. Your fuel and air mixture may end up combusting at the wrong time or not at all which results in potentially extensive and costly damage to your engine if it's allowed to happen over a long enough period of time. Again there are several different reasons that your engine could end up misfiring, but if you're experiencing a few of these at the same time then you definitely want to check out your intake manifold to see if it's to blame.

Can You Drive with a Bad Intake Manifold Gasket?

As with a number of parts in your car it's possible to drive for a while with a bad intake manifold but it's never something that you should do intentionally. Because you're going to be losing coolant every time you drive with your intake manifold in this condition, you're running the risk of your engine overheating. Eventually this is going to lead to stalls and misfires which could end up causing accidents if you're no longer able to properly control your vehicle. The longer you let it go the worse the problem is going to get and the more expensive it's going to be for you to fix it. If you know that you have a leak in your intake manifold and you're losing coolant, then you need to get it repaired as soon as you can to save yourself headaches down the road.

How Much Does It Cost to Fix an Intake Manifold Leak?

The cost of replacing an intake manifold at a mechanic depends on several different factors. Obviously, the make, model, and year of your vehicle has the greatest effect on this. The more rare or old your car is the more likely it's going to be that finding a new intake manifold is going to cost you more money.

For instance, a BMW 325i intake manifold repair might cost you over $600 at a mechanic. The same job done for your Honda Accord may only cost about $400. This also depends on whether or not it is simply the gasket that you need repaired or if the intake manifold itself has been damaged. The gasket can be as cheap as $20 on AutoZone but the intake manifold itself if you need an entire replacement can cost over $300. That means that when you are looking at a total repair including labour you could end up paying somewhere between $600 and $900 depending on the type of car that you have and where you take it to get repaired.

Fortunately, you have some other options when it comes to getting your intake manifold repaired, especially if the problem is a coolant leak.  Much the same as when you're suffering from a cracked cylinder head and need to get it repaired, if your intake manifold has a coolant leak that you can use a compound such as k-seal to actually stop the leak.  Products like K-Seal or Stop Leak are silicone products that are meant to expand to fill small cracks and breaks while at the same time being compatible with the coolant in your vehicle.

You can buy something like K-Seal for just $20 or so, and other products may be a little more expensive but have different effects overall. The key to using any of these is to make sure you read the instructions carefully to ensure they are compatible with the problem that you're facing. Some of them require a complete engine flush to use, and some of them will be unable to deal with breaks and cracks of a certain severity. So, it all depends on which compound that you purchase, and the nature of the problem you're trying to fix in the first place. But it's worth knowing that these products are out there because you could potentially fix the problem for much less money than it would take to go to a mechanic to get the job done.

Can I Fix My Own Intake Manifold?

Fixing a leak in your intake manifold is not too difficult a task to get done on your own. Typically, when you are repairing the intake manifold what you're doing is replacing the intake manifold gaskets because that's where the leaks are taking place more often than not. The gasket replacement is much easier than dealing with the intake manifold that cracked or broke. Regardless of which one of these things needs to be replaced, as long as you have the parts getting it out and getting the new ones in isn't super complicated. We would consider this an intermediate-level repair job simply because of the number of parts you need to get out of your way to access the intake manifold which can be intimidating to some amateur auto repair enthusiasts. However, if you've done anything like replacing an oil filter or fuel filter, you may be pretty confident in handling this job as well.

Luckily, if you've never had to replace an intake manifold gasket before it's something that you can look up online to find out how to do. There are plenty of mechanics who have very detailed YouTube channels that can guide you through the process of repairing or replacing your intake manifold. Videos like this one make it pretty clear what needs to be done so it takes a lot of the guesswork out if you've never tried this kind of repair job before.

If you have an intake manifold coolant leak it's only a matter of time before your engine overheats and ends up suffering some severe damage as a result. There's no coolant leak in your vehicle that you could really let go for too long before it starts causing big problems for you. From dangerous fumes that can be emitted from your car’s exhaust to the potential damage to the valves and cylinders of your engine, the small price of fixing an intake manifold leak now could spiral out of control until you end up with a serious engine repair that can cost you as much as $4,000 or more. Clearly, it's not worth it to let this problem go any longer than is necessary.