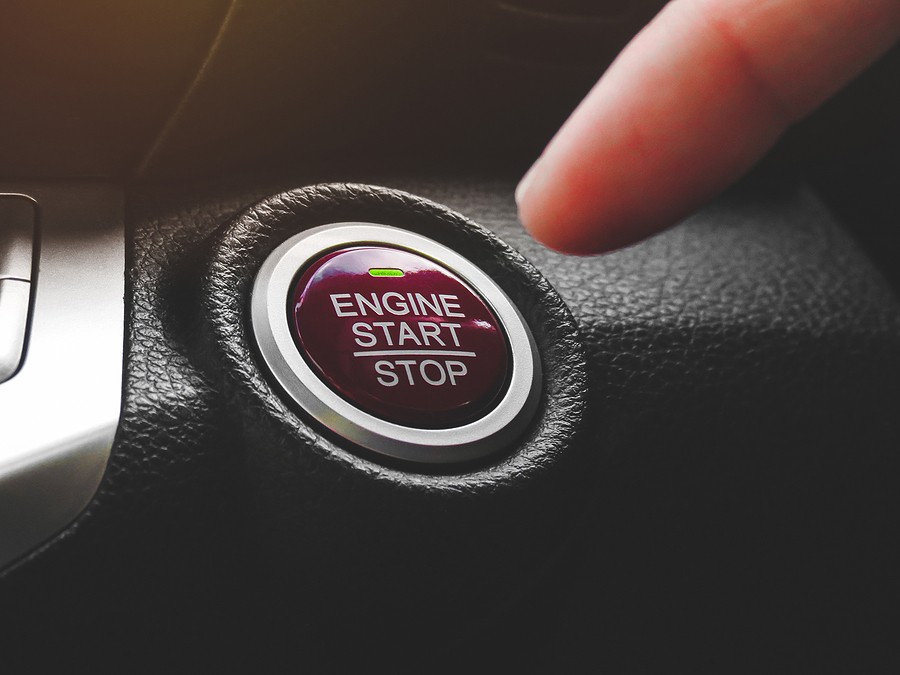 The ignition switch, also known as the starter switch or the start switch, is in control of the car – in all senses of the word. It controls your car’s main electrical systems, including the accessories, like the power windows, radio, headlights, interior cabin lights, and the air conditioning.

In modern cars with internal combustion engines, the ignition switch provides the required power to the starter solenoid and the other components within the starter system, like the engine control unit and the ignition coil.

When looking at the average cost of the ignition switch replacement in your car, you can expect to pay between $125 and $175 for the average cost. The labor costs will average around $60, with the process often taking under nana hour to perform successfully. The parts will range between $75 and $210, costing much more than the labor regardless of the type of car you own.

When looking at the comparison of your ignition switch replacement costs, your mechanic will charge you between $109 and $275 for the entire process. If you would rather go with a chain auto body shop that can provide a standard service across various places, you can expect to pay between $117 and $289 at Midas.

You can expect to pay around $110 and $194 at Midas at another similar shop, coming in much cheaper than Midas. NAPA will cost you between $129 and $304 for the total ignition switch replacement cost, being the most expensive option out of these three shops.

If you can do the work on your own or want to get the best deal for parts, Walmart will cost between $5and $214, with Amazon costing you between $45 and $203.

When looking at the sample ignition switch replacement costs, we have given you some of the most common car models on the market today, so you can have an idea of how much you are likely to spend.

The least expensive options include the Nissan Altima, Toyota Corolla, and the Toyota Camry. These three cars come out to between $110 and $152 total, ranging between $52 and $67 for the labor costs and $58 and $85 for parts for the ignition switch.

The middle of the road options include the Honda Accord, Ford Fusion, Ford Focus, and the Ford F-Series. These four cars range between $129 and $275, with the parts ranging between $77 and $208 for the total cost.

The most expensive cars for the ignition switch replacement are the Honda cars – the Honda Civic and the Honda CR-V. These two vehicles cost between $131 and $182, with the total parts cost ranging between $79 and $115 for the replacement.

If you find out that you have a faulty ignition switch, you need to follow the correct replacement steps to fix this problem as soon as possible.

First, disconnect the negative terminal on your battery. The negative terminal will have a minus sign, or a “-” sign, and will be coming out of the battery’s top. Next, remove the trim around the steering wheel to prevent anything from getting in the way of the ignition switch.

The next step is to release the clips on the ignition module cover to get the plastic cover out of the way of the ignition switch.

The first step in removing the switch is to insert the key and turn it into the “accessory” position so you can release it from the module. If the key is stuck, this shouldn’t stop you from turning.

Once the ignition switch is in the right spot, reconnect the battery and test the new ignition switch. Make sure you test the switch before you reassemble the dashboard if you have missed an issue.

After you have tested the switch, shut off the engine and disconnect the battery once more. Now that you have confirmed the new ignition switch works, you can reassemble the dashboard and the interior, like the steering wheel.

Put the dashboard back together in the same exact steps in which you took it apart, but in the reverse order. Install the last parts of your removal first and go backwards from there.

One of the most obvious signs of a defective ignition switch is the car stalls while driving. Your engine stalling is a severe issue that needs to be fixed as soon as possible to prevent any further damage and performance hindrances. There are certain instances where you can determine the reasons why your car stalls while driving to prevent the defective ignition switch.

Another sign of a broken ignition switch is having trouble turning on your vehicle’s accessories, like power windows, radio, headlights, dashboard lights, blinkers, etc. When you put the key in the ignition lock cylinder and turn the key, the switch should do its job and power on the vehicle's accessories, like the interior lights. However, if the parts do not turn on after the eye has been inserted, this is a clear sign of an issue with the defective ignition switch and a potentially faulty ignition lock cylinder.

This is a very noticeable symptom of a defective ignition switch. The first thing you need to do to start your car besides sitting in the driver’s seat turns the ignition lock cylinder key. However, if the ignition switch has damage inside of it, it will sometimes prevent the key from moving at all – thereby preventing your car from turning on and your engine from revving,

If the ignition switch is the problem, the dashboard lights might go dark when you place your key in the second position. If the lights go out when the key is moved, there is a problem with the wiring or a defective ignition switch. Make sure you bring your vehicle to a mechanic or qualified electrician to determine the root cause of the flickering dashboard lights.

When looking at the igniton swtich, it is crucial to konw the function of this mehcanism, the signs of a broken giniton swtich, and how a damaged igntion swtich can harm your vehicle.