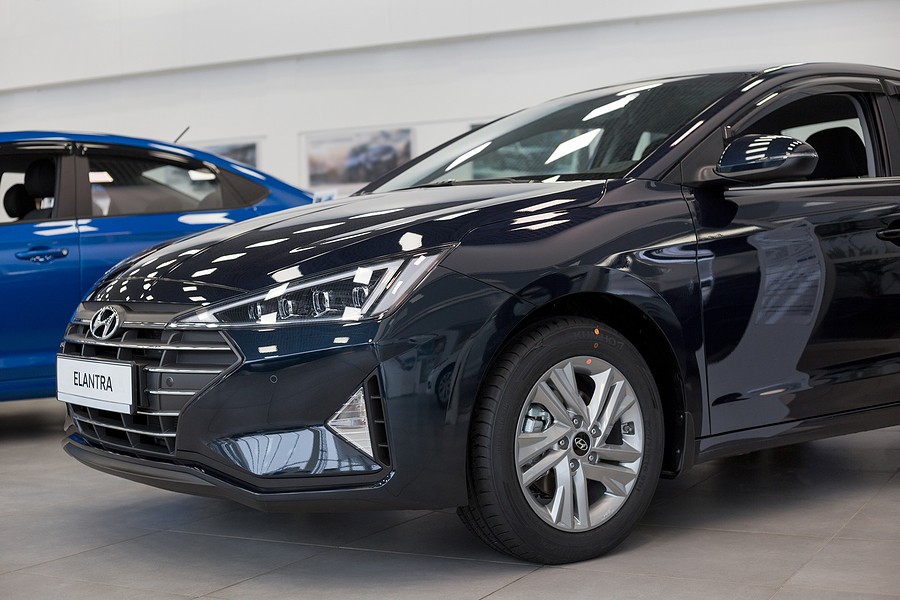 Despite having numerous generations, the Hyundai Elantra problems have been apparent in various models. The worst problem for the Hyundai Elantra is the engine, with the 2013 model having the most overall complaints, and also being rated as the worst model year due to the severity of problems, the average repair cost, and the time of the onset of issues. The most reported problem with this model, and with all Hyundai Elantra models, is the brakes making a grinding noise.

The first generation of the Hyundai Elantra had relatively few issues when compared to the later years, with the 1994 being the only year that had issues from users. The main complaints revolved around the engine, the air conditioning and heater, andthe windows and the windshield. The top user complaints regarding the engine involve the car stalling at idle after warming up and the hard starting of the engine when warm.

The second generation of the Hyundai Elantra also had very few problems, with the only model years that had minimal issues being the 1999 and the 2000 model year. The main areas of complaints in the 2000 model year involve the windows, the windshields, the electrical system, the fuel system, and the suspension problems. In addition to these user complaints, the NHTSA also lodged over 50 complaints in both the seat belts and air bags category, and also the engine category.

Regarding user concerns about the fuel system, users state that the car can stall while driving and they are unable to fill the fuel tank. To fix the issue of the car stalling, the typical repair cost comes in at around $1,200 and occurs at just below 49,000 miles. The most common solutions involve replacing the canister and valve purge control, getting a new battery, and replacing the canister assembly.

The concerns about the seatbelts and airbags focus on the airbag light being on and the driver side airbag failing to deploy in the event of a crash. The NHTSA also lodged complaints regarding the frontal airbags, the air bag sensor control module, the side and window air bags, and the seat belts.

To fix the airbag light being on, the most common solution is around $1,370 and involves replacing the front seat sensor. This occurs at around 106,000 miles and has users stating that the passenger airbag light turns on and the passenger seat sensor does not ever turn off. The NHTSA airbag complaints have resulted in 9 crashes, 9 injuries, and occur at around 65,000 miles.

The next generation of the Hyundai Elantra started to have a higher report of user complaints and NHTSA issues, with the 2010 starting what would be a rise in a lack of reliability in this car model. The 2010 Elantra had the most user complaints regarding the transmission, while the NHTSA lodged over 130 complaints about the steering system.

The fifth generation of the Hyundai Elantra is the worst considered generation in terms of user reliability, confidence, and NHTSA complaints. This generation contains the 2013 model year, which has the overall highest amount of complaints and the worst model year based on various factors.

The user complaints of the engine system revolve around the engine ticking, the engine failure, the engine running rough, the engine shaking, no acceleration in the car, unintended acceleration, clicking noise from the engine, the car stalling while driving, the check engine light turning on, and the car smoking at acceleration. To remedy the engine problems, the typical repair cost comes in at around $4,400 and occurs at around 69,00 miles, with the most common solution being to replace the engine.

The NHTSA complaints regarding the engine focus on the engine and speed control, with users stating there is a loud ticking in the engine, the car having trouble accelerating on the cold start, and the connecting rod bearing becoming damaged over time.

The user wheel and hub concerns focus on the premature tire wear, the blow-out on low mileage tires, the bubbles on the tire sidewall, the tire pressure gauge alert coming off, the wheel bearing failing, the hub breaking, the wheels having poor traction control, the rims failing, and the tires failing to hold pressure. The main issues with the tires result in a typical repair cost of around $730 and have the most common solutions of new tires and wheel alignment and suspension.

The complaints regarding the braking system that concern users and potential Elantra owners involve the brakes making a grinding noise, the brakes squeaking, the brakes failing, the brakes grabbing in wet conditions, the brakes locking up, and the brakes having premature wear. The typical repair cost for these brake issues come in at around $310, with the most common solutions being to replace the rotors and pads.

The NHTSA complaints in the braking system involve the service brakes, the electronic stability control, the traction control system, the hydraulic brakes, and the parking brake. This has resulted in 22 crashes, 1 fire, 9 injuries, and occurs at around 35,000 miles. The last category regarding NHTSA complaints involve the steering system, with the car reportedly pulling to one side, the power steering failing, the car having loose and hard steering, and there being popping sounds within the steering wheel.

After the worst model year in the 2013 Hyundai Elantra problems, the sixth generation has had substantially less issues, with the highest number of issues occurring in the 2017 model year.

The latest model, the 2020 Hyundai Elantra, has a reliability rating of 8.1 out of 10 according to the US News Scorecard, with the critics’ rating coming in at 8.0, the performance rating being 7.2, the interior rating coming in at 7.8, and the safety rating being 9.2 out of 10. The Hyundai Elantra earns a #7 ranking based on the score with the Compact Cars category, also earning the #7 ranking in Hatchbacks and #8 in Small Cars.

The pros of the 2020 Hyundai Elantra involve a good predicted reliability rating, comfortable ride, lots of technical features, and great fuel economy, earning 26-33 miles per gallon in the city, and 33-41 miles per gallon on the highway. The cons of hte 2020 Hyundai Elantra involve a dull driving experience and the cabin materials and accessories not being as nice as some of the competitors.

Should you buy the 2020 Hyundai Elantra?

The Elantra does have a lot going for it in terms of performance and features, along with the high safety rating that can make it good for families. Combined with the lower price when compared to other options on the market, the Elantra is a great value in the compact car class. There are plenty of other cars that can give this car a good run for its money, however, like the Honda Civic and the Toyota Corolla having more standard safety features and a perfect reliability rating.

If you are looking to buy the 2020 Hyundai Elantra, you will enjoy the new variable automatic transmission with the base model in the sedans, although the new hatchbacks do not receive the new transmission. The new Elantra has a greater fuel economy by 4 miles per gallon by both the city and highway driving.

In addition, the 2020 Hyundai Elantra has climate control standard, forward collision warning with brake assist, and driver attention monitor. Aside from the new transmission and the added fuel economy in the 2020 model, this new model can provide high performance and high safety features. Although the first generation and the third generation is not reliable, the latest models are safe and reliable for many users.