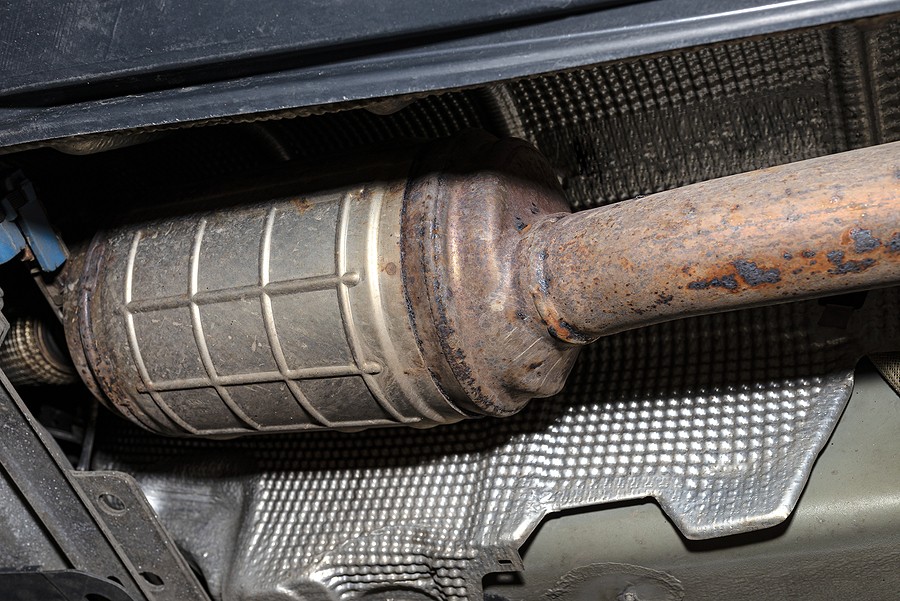 As there are more than one O2 sensors, it is important how to tell which O2 sensor is bad. Determining specifically which O2 sensor needs to be replaced can be confusing. Most V6 and V8 engines built after 1996 include at least two upstream O2 sensors and one or two downstream O2 sensors. Some engines can have up to six O2 sensors. An O2 sensor error code will show the sensor location by sensor number (1, 2, 3, or 4) and cylinder bank (1 or 2). Depending on your oxygen sensor type you may need one or more of these following tools: OBD2 Code Reader, Digital multimeter (DMM) and automotive diagnostic scanner with live data capabilities.

You can usually find Sensor No. 1 in the exhaust manifold, while Sensor No. 2 is often located downstream of the converter. Cylinder bank 1 can be found on the same side as the engine's firing order's number one cylinder and it follows that Bank 2 is on the other side. In this article we will discuss all about O2 sensors, signs of failing O2 sensors, and more detailed steps on how to tell which O2 sensor is bad.

How To Tell Which O2 Sensor is Bad: The Basics of O2 Sensors

What is an O2 Sensor?

The oxygen sensor is a critical component of the sensor array of a gasoline engine and is physically situated on the exhaust pipe of the vehicle. It has a tip sensor and its purpose is to determine the proportion of oxygen in the exhaust gases. When the O2 sensor is working properly, it ensures that your engine maintains top performance and that emissions are kept under control.

The sensor array is made up of electronic measuring instruments that your engine's computer utilizes to manage the performance of your vehicle's engine and keep it operating smoothly and safely. This involves determining the appropriate air/fuel mixture for the conditions in which your engine is operating.

Based on the oxygen level read by the O2 sensor, the ECU will change the amount of gasoline entering the system. It is critical to note that if the fuel and oxygen combination is improper, the quantity of pollutants emitted by your car's exhaust will rise. This is not only bad for the environment, but it may also damage your catalytic converter or engine.

Sensors lose accuracy as they age, which can lead to excessive fuel usage. Oxygen sensors are subjected to a great deal of heat so overtime it might have a harmful impact. Most sensors, with the exception of certain early 1980s era oxygen sensors, have no manufacturer's suggested replacement intervals. They labor till they can't any more. In other words, they are intended to endure the whole life of the vehicle or until they fail.

The majority of oxygen sensors are rated for 100,000 kilometers. They have a risk of failing beyond this point.. When an OBD code indicates sensor problems, an oxygen sensor may or may not need to be changed. The O2 sensor replacement must be the same type and number of wires as what you will be replacing.

Signs of a Faulty Oxygen Sensor

As mentioned earlier, reduction in fuel economy might be an indication that an O2 sensor is not working properly. This can occur as a result of a gasoline combination that is either excessively rich or too low. A swing in the A/F ratio indicates that an upstream or control sensor is malfunctioning.

There are also other signs that the upstream or downstream oxygen sensor is bad. An OBDII code in itself is not enough indication of a faulty oxygen sensor. Sensors only transmit data. A code will almost likely be generated if an oxygen sensor indicates a lean fuel mixture. This sensor is functioning properly and does not require replacement.

Sensors only transmit data and a code will almost likely be generated if an oxygen sensor indicates a lean fuel mixture. This means the sensor is functioning properly and does not require replacement.

Because of where it is located the oxygen sensor is difficult to access and insect. So you may have to depend on how to tell which O2 sensor is bad by knowing the warning signals that will alert you to the possibility of a problem.

Among the most evident indications that the oxygen sensor is malfunctioning are rotten eggs smell coming from the exhaust, engine idling roughly, sudden hard starts and any of these signs combined with a check engine light.

The best method to be certain is to locate the Diagnostic Trouble Code (DTC) recorded in the ECU. If the signal indicates that the o2 sensor is faulty, you should conduct extra testing to be certain.

How do I know if my upstream or downstream oxygen sensor is bad?

If you want to know how to tell which O2 sensor is bad, it is also synonymous with wanting to know if it is the upstream or downstream oxygen sensor that is going bad. You will be able to tell with the check engine light coming on and the code will read bank 1 sensor 1 or 2 or bank 2 sensor 1 or 2. Bank 1 is the exhaust on the motor's side with the number one cylinder.

If your mileage is really going bad, it means your fuel trims are adding a lot of gasoline and haven't been updated in a long time. The normal culprit is the upstream. Traditionally, the downstream one just compares upstream and downstream values to determine the efficiency of the catalyst.

Also 95% of the time the O2 sensors are being replaced with the use of diagnostic trouble codes (DTCs). These codes are excellent for identifying which sensor is malfunctioning. In both DTC descriptions and realtime data displays, the code reader indicates B1S1 (bank 1, sensor 1, which is upstream), B1S2 (downstream), B2S1, and B2S2.

A technician will occasionally use a scope to directly test heater circuit current or resistance or measure sensor voltage output, but the economics of that testing vs just installing a new sensor make that process unusual.

What are the symptoms of a bad downstream O2 sensor?

The use of the oxygen sensor input by the powertrain control module to manage the fuel mixture is referred to as a closed feedback control loop. This closed loop function produces a continual flip-flop between rich and lean, allowing the catalytic converter to reduce emissions by maintaining the overall average ratio of the fuel mixture in appropriate balance.

The use of an open loop increases fuel consumption and emissions. Many contemporary oxygen sensors have heating components to assist them quickly reach working temperature, reducing the amount of time spent in open loop operation.

While a shift in the A/F ratio indicates that an upstream or control sensor is malfunctioning, the downstream or diagnostic sensors simply monitor the exhaust as it exits the catalytic converter so it will not cause such a problem.

The downstream sensors' function is to monitor the output and health of the catalytic converter. Removing them disables this function and causes a CEL (check engine light) or MIL (malfunction indicator light) to illuminate on the car.

Because the O2 sensor is critical to keeping your engine operating as effectively and cleanly as possible, it is critical to ensure that it is in good operating order. Most oxygen sensors have a lifespan of 30,000 to 50,000 miles, or 3-5 years, with newer sensors lasting much longer with adequate maintenance and care.

Use Voltmeter or OBD2 Scan Tool

Learn how to tell which O2 Sensor is bad by using the OBD2 Scan tool. At home, you may test the oxygen sensor using a voltmeter or an OBD2 scan tool to examine the voltage and reaction time of your O2 sensors. A fully working front (upstream) O2 sensor 1 will often flip from rich to lean at a fairly regular rate, resulting in a wavelike shape.

The voltage generated by the O2 sensor should range between 0.1 and 0.9 volts, with 0.9 volts on the rich side and 0.1 volts on the lean side. If your measurements fall within this range, the O2 sensor is in good working order. The back (downstream) oxygen sensor 2 is a catalyst monitor, and it should be hanging around half a volt if everything is working properly. This dimension, however, might vary depending on the manufacturer.

Which O2 sensor should I replace?

As mentioned, various approaches may be used to assess the responsiveness of the O2 sensors (making the fuel mixture rich or low and viewing the sensor's reaction on a scan tool with graphing capability). When an O2 sensor becomes slow or unresponsive, it must be replaced. The same is true for any O2 sensor with a faulty internal heating circuit.

Can you drive with a bad O2 sensor?

You may drive with a malfunctioning O2 sensor as you may still be able to start your car but might have difficulty driving. You'll want to change it right away otherwise you'll be spending more money on fuel and risking having to spend additional money on buying  a new catalytic converter, or other vehicle parts that could get damaged. Driving with a bad O2 sensor could also be a safety concern.

Resolving the problem sooner rather than later may prevent you from more significant concerns such as catalytic converter replacement. That component will cost you between $500 and $1000 to replace. The obvious solution is to replace the faulty o2 sensor after determining which is faulty and save a lot of money on pricey repairs. However, if one O2 sensor on a high-mileage vehicle fails, it follows that the other O2 sensors are probably reaching the end of their service life as well. To restore the optimum performance they should be replaced at the same time as well.