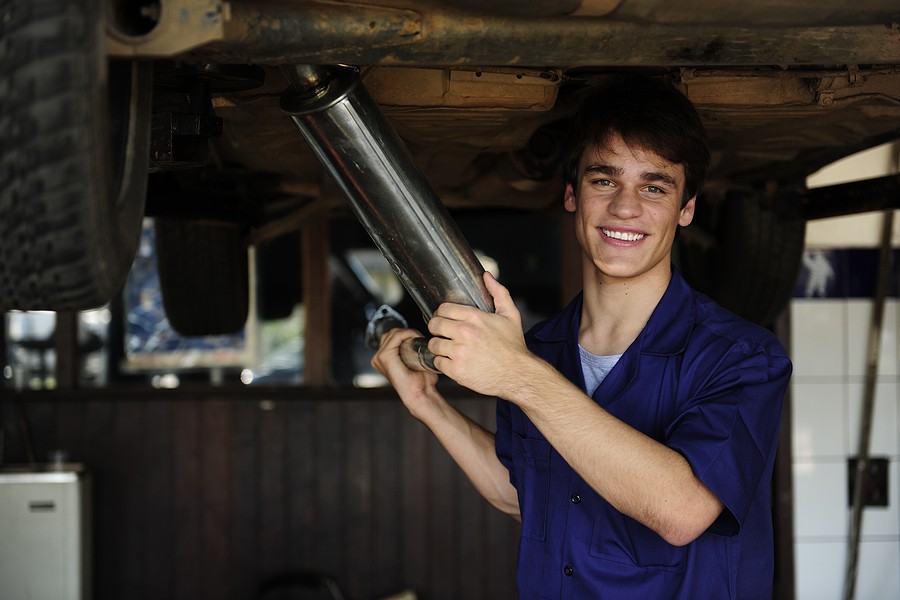 The ECU or the Engine Control Unit is an important part of the onboard computer of a modern car. It acts as the car’s main computer that controls the engine’s functions including its drivability and performance. Since the ECU plays a vital role in controlling many of the essential functions of a car, it can cause a lot of problems when it becomes faulty. It could even leave the car undriveable as it won’t be able to operate safely and effectively. An ECU repair can fix the problem if you notice symptoms that include an illuminating check engine light, poor engine performance, and intermittent starting issues. An ECU repair consists of disassembling it, testing it, repairing its electronics, reprogramming or flashing, or if the problem is too severe, replacing it. ECU repair is best done by professionals since it is a highly advanced part that requires careful and detailed electronic works.

The ECU works by monitoring a lot of sensors at a time including the crankshaft position sensor that helps to determine the position of the internals of the engine. Knowing the engine’s internals’ position can help the ECU ensure that the injectors and ignition systems are activated at the correct time. The ECU also needs to constantly monitor the sensors installed around the car to make sure that it is running within the normal operating range.

One of the important tasks of the ECU is to control  the fuel injection, ignition and other components of the engine. It strictly controls the air and fuel mixture since too much mixture can cause full throttle while too little mixture won’t be able to power the engine or the car.

If the ECU becomes faulty, your car might run poorly or not run at all. But what causes ECU failure? Here are some of the common reasons for a failing ECU that can warrant an ECU repair.

One of the main reasons why ECUs fail is because of the car’s electronic fuel solenoid. A faulty, corroded fuel solenoid can cause a short in the ECU or in the wire connecting from the solenoid to the ECU harness.

Environmental factors can cause your car’s ECU to fail. Moisture, heat, and corrosion can cause damages to your ECU that would need an ECU repair or even a replacement if the damage is too severe.

The ECU might have a sealant that protects it but over time, it can start to wear that can lead to moisture seeping in around the plugs or enters into the computer that can cause the circuit board to short. Moisture can also cause corrosion over time that can damage its components.

Exposure to excessive heat can also result in damages to the ECU’s electrical parts. To prevent this problem from happening, you need to protect your car from the elements by parking or storing your car away from the harsh elements.

A lot of ECUs are built and designed to handle only a certain amount of voltage, if the voltage exceeds its limit, it can cause the circuit board to burn out. High voltage can happen when there is a problem within your car’s charging system. A loose connection or faulty wiring in the charging system can cause this as well as a faulty alternator, or a battery that is overcharged. This can be a serious problem since your engine’s computer won’t be able to handle high surges of voltage.

When your starter needs a replacement and you have replaced it with a wrong one, it can cause the ECU to become faulty since there are a lot of starter rebuilders that bypass the override sensor in the starter.

The override sensor is the one that controls the voltage that goes to the ECU. If the override sensor is bypassed, you will encounter voltage problems in the ECU that can bring about fault codes or other issues. If you recently just have your starter replaced and you are experiencing problems with your ECU after its installation, then the starter is probably the one that is causing it.

Jump starting your car improperly can short circuit your car’s computer. Since you generate a lot of power when you jump start a car, you need to make sure that you do it correctly. If you jump started it with cables that are not properly connected, it can result in a spike in your ECU, causing it to short out.

Jump starting correctly includes taking out your keys from the ignition before you connect the cables. You should also make sure that you connect the positive lead first to soften the electricity’s flow. Bad jump starting can cause problems that can lead to expensive repairs including an ECU repair.

ECU Repair: What are the symptoms of a bad ECU?

A modern car has about 60 to 100 sensors or more installed around it and the ECU is capable of monitoring these sensors at a time. The sensors gather data and the ECU takes all the readings and use them to ensure optimal engine performance. Based on the gathered data, the ECU will perform or adjust a specific function.

If you have a faulty ECU, you might also experience issues with the other components since the ECU is linked to a lot of different areas within your car. A faulty ECU can cause different problems in your vehicle that would need an ECU repair or a replacement. It is important that you are aware of the symptoms of a faulty ECU to avoid costly repairs and to ensure that your car operates safely and effectively. The common symptoms of a bad ECU includes:

One of the first symptoms of a bad ECU is an illuminating check engine light. The light will be set off if the computer detects that there is a problem with any of its circuits or sensors. To make sure that your ECU is the one that triggered the check engine light, you can scan your computer for trouble codes to identify what triggered it.

Engine misfiring or stalling can happen when you have a faulty ECU. This particular symptom can come and go. It won’t be consistent and have no pattern when it comes to its severity or frequency. This problem can occur when the ECU is feeding the engine with wrong information and affects the engine’s performance.

A faulty ECU can throw off the engine’s timing and fuel settings that could affect its performance negatively.  A faulty ECU won’t also be able to supply enough fuel to the combustion chamber causing your car to not accelerate even when you step on the gas. You might notice your car shake or vibrate when you are driving uphill or when your car is carrying a lot of extra weight.

Another symptom of a faulty ECU that will need an ECU repair is a car that is not starting. You might find it difficult to start your car at first and then you won’t be able to start it at all. This can happen when the ECU has failed completely. Your engine will still crank, but without the inputs from the car’s computer, it will fail to start. To determine that you really need an ECU repair, it is best that you have your ECU checked by a professional for a complete diagnosis.

There are instances where a faulty ECU can’t understand the amount of fuel it needs to send to the combustion chamber. This will be a problem since the car needs a proper air to fuel ration to function efficiently. A faulty ECU can send too much fuel to burn in the combustion process which could result in your car to be running rich and use more fuel than needed.

ECU Repair: Can an ECU be repaired?

There are several components that can show symptoms of a faulty ECU when they are failing like the main relay, ignition coils or module, fuel injectors, spark plugs, idle control valves, air flow or mass flow meter, TDC and RPM reference sensors, throttle position sensor, grounds, or the power supply. Experts recommend that if your car shows symptoms like stalling, misfiring, illuminating check engine light, and so on, you also need to check these components and have them repaired if needed. However, if you believe that the problems are caused by a faulty ECU, having your ECU tested can save you all the trouble, time, and money on diagnostic labor and sensors.

If your ECU is indeed faulty, it can be repaired. An ECU repair can be done in several ways.

ECU Repair: How much does it cost to replace a ECU?

If after the diagnosis and tests you find out that your ECU really needs an ECU repair or a replacement, you might want to know how much it will cost. The repair or replacement cost can vary depending on your car’s make and model. The more complicated and technically advanced your car and its systems are, the more expensive the repair costs will be.

For its parts, the estimated cost will be from $400 to $1,400. For the reprogramming and installation, the labor costs can be around $100 to $200. The estimated cost of an ECU replacement of an economy car can go between $984 and $1,005 plus taxes and other fees. Labor costs are usually priced from $75 to $95 and the parts can cost around $910. You can also save some bucks on a refurbished ECU but it can be risky. The safest option is to replace it with a new one.

ECUs usually last the lifetime of the car but it can still become faulty over time. It might need an ECU repair as early as 75,000 miles. If you have a faulty ECU, driving your car will be difficult or impossible since your car will not start in the first place. ECU repairs, according to the experts, should be done by professionals to ensure that the problem will be handled and corrected properly.