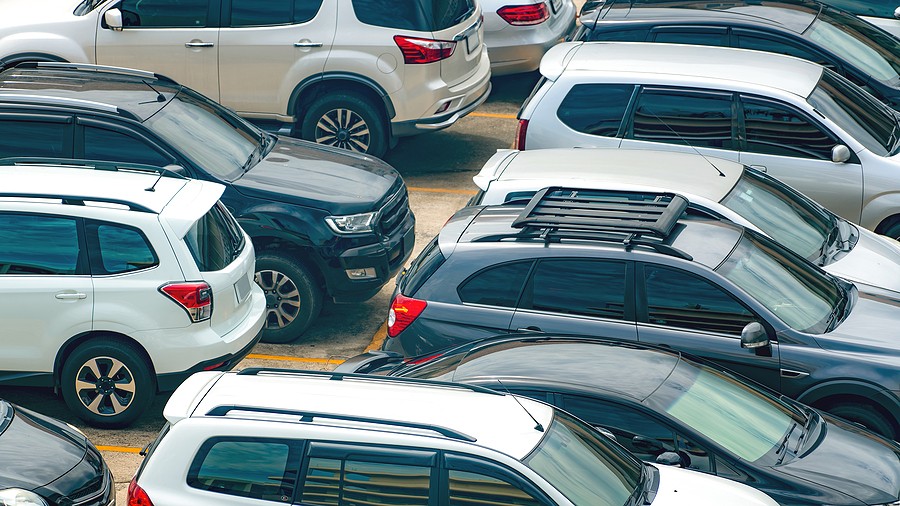 It doesn't even matter what season or car it is, the matter on how to keep a parked car cool has become a concern to many. Even in the winter, the temperature in Florida and some states hit the mid-80s during the day. And even the most high-end vehicles are susceptible to the misery of a suffocatingly hot interior. So each year we try to come up with new and imaginative ways to keep our vehicles cool when parked under the sun.

There's just so much you can do, unfortunately. So, let's look at some tried-and-true strategies for keeping your car cool. Who wants to be greeted by a sweltering car interior with sizzling leather seats, scalding seatbelt buckles and an uncomfortably hot dashboard, steering wheel, and gear shift. Continue reading to learn why a vehicle's cabin gets so hot and what you can do to keep your parked car cool.

How to Keep a Parked Car Cool: Why Parked Cars Gets Too Hot

Energy can't be produced or destroyed, according to an old adage. On a hot day, the greenhouse effect makes a car or truck feel like an oven. The heat from the sun reaches the car through the windows and is trapped inside, increasing the temperature.

As sunlight passes through your windshield, it is absorbed by your car seats, carpeting, and dash, where it is then converted to heat. Heat is described as the vibration of molecules in scientific terms. Since most people park with their windows shut, the heat acts like a wave machine in a tub. It becomes trapped and it amplifies. That's why, even on a mild day, the interior of your car will hit dangerously high temperatures.

A Few Simple Ways How to Keep a Parked Car Cool

It’s easy to remember and follow a few simple tips to keep your parked car cool (or at least cooler), even when it’s super hot outside.

On a day when it’s unbearably hot many will automatically park their car under a shade thinking it will be a whole lot comfortable to return to as it is relatively cooler than parking in an area with direct sunlight. While that makes a lot of sense, also take into account the time of the day. Just because you’re parking in a shade at 10 am does not assure you that it will still be under a shade at 2pm.

You should try to locate a parking garage if possible. If that isn't possible, parking by a tree on the edge of a parking lot or in the shade of a building will keep your car cooler and be worth the extra walk. However, if the neighborhood isn't the safest, parking in a more secluded area of a parking lot may not be advisable, particularly if you're returning to your vehicle after dark.

Despite the fact that they help keep a car's temperature down by covering the sun's primary entry point, some drivers clearly despise the look of those sun shades on the windshield. For certain people, the hassle of using them is also a deterrent. But face the facts, it may be the simplest way of how to keep a parked car cool.

The majority of sun shades in parked cars flatten out in an accordion-style pattern, which is admittedly unattractive. Their foil-like, reflective coating often doesn't make them draw less attention to themselves.

It's understandable that you don't want a cheaper-looking sun shade to detract from the sharp looks of your luxury vehicle, but there are more luxurious and much nicer-looking windshield sun shades available that will help keep your parked car cool. They're also probably worth the extra cost.

Hundreds of custom models are available from some companies, allowing for a perfect fit and vehicle color match. Better heat-absorbing materials are also used in higher-quality sun windshield shade versions. As a result, they are more efficient at preventing thermal and ultraviolet rays from entering a car's interior.

Next, to the sunshade, this could be the most reasonable alternative on how to keep a parked car cool.  Many cars also have a tinted window that provides some sun cover. In most instances, though, a little more can be added. Window tinting kits are available for purchase, and you can add the tint yourself. However, you must be careful and meticulous because this is tedious work. And if you make a mistake, everybody will be able to see it.

Furthermore, do-it-yourself tint kits tend not to last as long as tint kits applied by a professional. Not only will it be properly applied and come with warranty but the shops that do this work will also know how dark you can go with your tint without breaking the law.

In the United States and Canada, there are a lot of different rules on how tints can be used. Some states and provinces, such as Illinois and Alberta, do not allow any tint on a windshield. Others require that tints allow at least 70% of the sun's light to pass through the windows.

If you're driving outside of your state or territory, things get much more complicated. When you're not at home, what's legal with your window tint could get you a ticket when you're on the road. The American Automobile Association has a helpful resource here that breaks down car tinting laws state by state and province by province.

But again, window tints, in most situations, are good at keeping a parked car cool. Better quality tints are designed to let a lot of light through while blocking out the sun's thermal rays. The tint's “high heat rejection rate” is often referred to as this. Glass tinting also reduces the sun's damaging UV rays.

If a windshield sun shade isn't an option for you as a car cooling option, covering up the hottest areas of your vehicle's interior is another option. There are a variety of car dashboard cover styles to choose from. Shop around for a higher-quality model that fits well and effectively complements your car's interior décor, much like the windshield sun shades.

The other interior parts you'll want to protect from the sun are your steering wheel and leather seats (especially darker colored leather seats). While it may not generally apply how to keep a parked car cool when it comes to car’s overall temperature it will shield your hands and your bare legs from third-degree burns if the steering wheel and the seats are covered most especially if the car was left in the sun for several hours – unless you’re using a sunshade or a window visor.

During the hottest months of the year, it might also be worth using lighter colored fabric seat covers if you have dark leather seats. Also a blanket or two would suffice for a less elegant method of covering your parked car's interior pieces (make sure to use a lighter colored blanket).

You can also use a solar-powered ventilation fan, which you might not have heard of before as this is one of the newest ways how to keep a parked car cool.

The fan is mounted on the outside top of one of your rolled-up windows and is powered by a solar panel facing outward. The fan pulls in the comparatively cooler air outside the car while blowing out the hot air from inside the car.

Using two fans on each side of the front or back windows will maximize cross-ventilation airflow and lower the temperature even further. Higher-powered, more powerful versions with a larger solar panel that sits on your dashboard and controls the fans can also be purchased. Just be a smart buyer as the quality and reliability varies from product to product.

The quality and reliability of this solar fan seems to vary widely. Some online reviews criticize less expensive versions as being too gimmicky and ineffective. Other fan models have received glowing feedback from customers who describe them as ingenious for being very effective.

A house garage when used for its purpose, which is to park the car in — is a very effective way how to keep a parked car cool. But again, this is written here for a purpose as many people use the garage as storage leaving their cars parked on the driveway where it’s hot.

If you have a yard but no garage, these kits are a good inexpensive choice. Although it may not be temperature regulated in the same way as a garage is. It does, however, have a few advantages. The first benefit is that it keeps your car out of direct sunlight. As a result, the car's interior and exterior will be protected from harmful rays. It will also, of course, prevent the interior of your car from being an oven.

Your car will be protected from the elements by the canopy be it the wind, rain, dirt, and dust that can wear off your vehicle's paint job over time. It can also provide you with a covered area where you can conduct the necessary car maintenance. Just watch out for the snow or ice build-up during the winter as it may exceed the weight limits set by the manufacturer.

Some still do this old practice of leaving the windows open by about an inch or cracking the sunroof a bit to allow more air to circulate through the cabin, resulting in slightly lower interior temperatures than if they are all shut tightly.

This allows the built-up heat to escape and aids in some ventilation through the car's cabin, but only a small amount. However, you must consider whether the small benefit of a cooler car interior is worth the risk of making your vehicle more vulnerable to theft or vandalism.

A skilled car thief may theoretically gain access to your vehicle if you left your car windows or sunroof open even an inch. According to ABC News, “a car with a window broken open was an unlocked car” for one robber.

Let's not forget about the other danger of keeping your windows partially open with the possibility of a sudden rainstorm ruining your car's interior. So keep an eye on the weather forecast.

How to Keep a Parked Car Cool: What to Do as You Enter Your Car

While you can not totally eliminate the discomfort of returning to a hot car there are certain things you can do to somehow manage the heat in a tolerable level.

While you might not be able to totally keep a car cool while parked, these simple steps when followed are very useful so the heat upon returning to your car will somehow be tolerable. Also take note that these steps do not make a car comfortable enough to leave small children, pets or anyone left behind while parked.