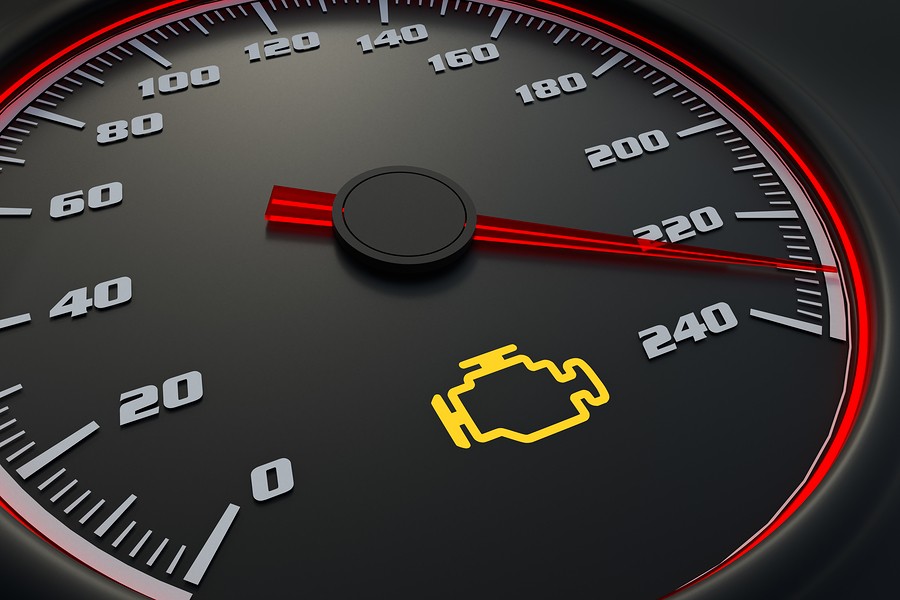 The vehicle’s engine control unit (ECU) uses data from a number of sensors, including the output shaft speed sensor, to determine when to activate gear changes, the torque converter, and other essential operations. The P0722 DTC indicates that the ECU is not receiving data from the OSS sensor, which may cause transmission issues. In this article we will discuss how to fix P0722 code.

The P0722 OBD2 code is intended to alert you to a single issue, but ignoring the symptoms can lead to even more. If the Powertrain Computer or PCM is unable to detect a consistent or predicted speed signal from the transmission's output speed sensor, it will be unable to accurately estimate how and/or when to shift up or down. When this happens and the P0722 code is saved, the Check Engine light may illuminate. Sometimes this could appear to be the sole symptom. However, if the problem is left unattended for a long time, even these cases will eventually develop vehicle performance issues. Then other symptoms could be felt as well.

If the ECU displays a P0722 DTC, the mechanic should check for other fault codes that could indicate why the OSS sensor has stopped communicating with the ECU. A thorough examination of the wiring and connectors is required to see whether any damage or corrosion may have resulted in a short.

Metal fragments can get lodged on the magnetic sensor head and prevent it from working properly, hence the transmission fluid itself should be examined for metallic debris. If the transmission fluid and OSS sensor are both clean, the sensor must be checked to verify if it functions. It's also a good idea to check the input shaft speed sensor and the TFT sensor.

Knowing how to fix P0722 Code also means diagnosing it.

The mechanic will then visually verify the output speed sensor, its wiring, and connectors to make sure there are no open or shorted circuits. Before replacing or attempting to repair any component in the system, they will inspect and test the shift solenoid and valve body to diagnose the problem.

When troubleshooting the P0722 code, there are a few common mistakes to avoid. When the P0722 code is set, the symptoms can mimic an internal transmission problem, a misfiring engine, a faulty driveline, a fuel delivery system problem, and other problems. As a result, it's critical to review the code before attempting to diagnose the problem. One must also be careful to not to ignore the transmission fluid's condition, transmission fluid leaks, and other sensors as it can result in a more difficult diagnostic approach.

What Repairs Will Make P0722 Go Away?

The output speed sensor should be replaced.

Input speed sensor should be replaced.

Replace the temperature sensor for the transmission fluid.

Replace the transmission fluid and the filter.

Repair leaks in the transmission fluid.

The transmission output shaft sensor can also be utilized as a vehicle speed sensor on some cars (VSS sensor). Others may share the same code for the TFT sensor, therefore you'll have to consult a mechanic to sort through all of the possibilities.

Where is the output shaft speed sensor located?

The Input and Output Speed Sensors are two-wire magnetic pickup devices that produce AC signals when they rotate. They are major inputs to the Transmission Control Module and are placed on the left side of the transmission case (TCM).

What happens when your transmission speed sensor goes out?

A faulty speed sensor can have ramifications beyond the speedometer's operation. The VSS data is used by both the engine and transmission management systems to make the required modifications for your vehicle to perform properly. Other systems (such as cruise control) may rely on this data as well, depending on the vehicle.

In other words, a faulty speed sensor may impair your vehicle's ability to drive safely. As a result, it's a good idea to be aware of the warning signals of a malfunctioning speed sensor. When the sensors don't provide a speed indication, shifting gears will be difficult since the powertrain control module won't be able to regulate them properly. This will cause the transmission to malfunction. It will either shift faster or more unevenly than expected.

Irregular automatic transmission operation is one of the most prevalent indicators of a defective speed sensor. The transmission may exhibit symptoms such as delayed shifts, harsh shifts, and limited gear performance if the VSS is faulty.

What causes a speed sensor to malfunction?

The VSS generates low-voltage signals that are sent to one or more control modules, which are computers. So what can cause these sensors to fail?

The speed sensor has an internal electrical problem.

Internally damaged speed sensors can produce an irregular output signal or no signal at all. A digital voltmeter or oscilloscope can usually be used to test the sensor.

Turn the DVOM to AC Volts to evaluate the sensor output. Rotate the wheel (or whatever speed you're measuring) for a few seconds. Measure the AC voltage output by connecting the meter leads to the sensor. The output should be roughly one turn per two seconds if the shaft is spun at that rate.

Speed sensor failure might be exacerbated if you don't keep up with your vehicle's maintenance routine. If the magnetic pickup and/or toothed wheel become significantly covered in gunk, especially old transmission fluid pollutants, this instrument will not be able to generate accurate readings.

While driving without a properly functional vehicle speed sensor is technically conceivable, it is generally advised. A malfunctioning VSS can have a detrimental impact on a variety of areas of vehicle performance, which is why a bad speed sensor should be replaced as soon as feasible.

If you see any of the symptoms listed above, take your car to a repair right away—or, if you're adept with cars, fix the problem yourself. This ensures your continuous safety on the road while also reducing the risk of costly engine and gearbox issues in the future. Failure to replace a defective sensor can have an impact on both of these systems because they won't have the information they require to function properly. These repairs will not only cost you hundreds to thousands of dollars, but they will also take longer to complete and will keep your vehicle out of commission longer than necessary.

How much does a speed sensor replacement cost?

Your input or output vehicle speed sensor (VSS) has failed and has to be replaced, according to an OBD II scan. You can spend between $100 and $250 or more to have one speed sensor changed at a repair shop or dealership, or you can replace the sensor yourself for a fraction of the cost.

Can a speed sensor be cleaned?