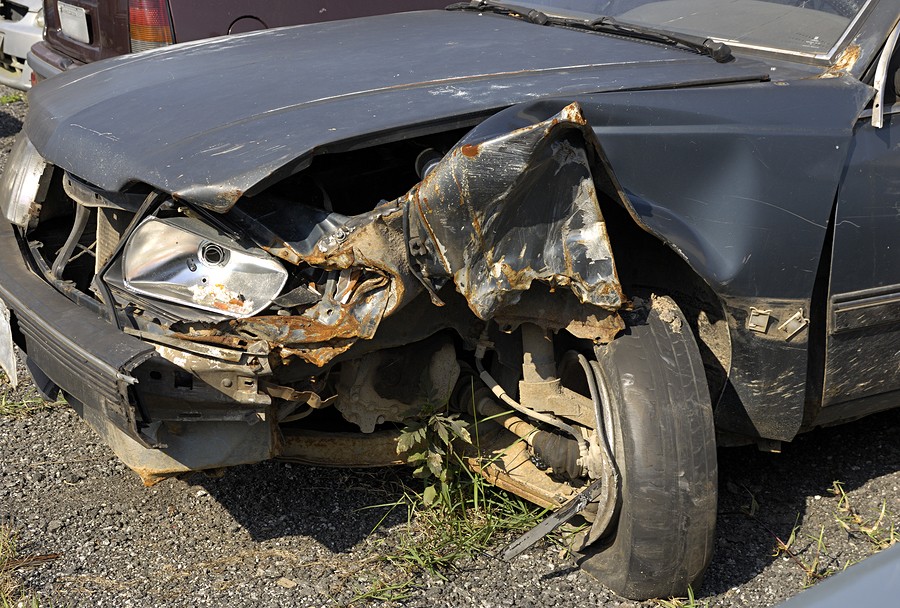 Generally speaking, you should be concerned if you hear your car making any strange sounds out of the blue. These sounds often indicate some kind of problem with your car that will need to be fixed. But you should be especially concerned if you hear sounds coming from your car’s engine. Engine knocking is something that can cause major problems for car owners down the line if they aren’t addressed. It’s important for you to figure out how to fix engine knocking before it turns into a huge issue. Let’s take a look at what engine knocking is and learn how to fix it so that it doesn’t wreak havoc on your car and force you to part ways with it.

What Is Engine Knocking?

Before we dive headfirst into figuring out how to fix engine knocking, it’s important for you to have a good understanding of what it is so that you can identify it when you hear it. Engine knocking is a term that is used to describe the strange “knocking” sounds that sometimes come from a car’s engine when it’s out on the road. These sounds will indicate that your car’s engine needs immediate attention.

The good news is that engine knocking has become relatively rare among those who own cars that are on the newer side. You shouldn’t have to worry too much about learning how to fix engine knocking if you have a car manufactured within the last decade. But there is still a chance it could rear its ugly head, and you need to know what to do if it ever does.

There are a lot of strange sounds that your engine might make when you’re starting it up or using it to drive down the street. Not all of them are going to be engine knocking. You should be aware of what engine knocking sounds like so that you know what to listen out for if you think that your car might be affected by it.

Under normal circumstances, your car’s engine should make a low rumbling sound when you have your car turned on. But when you’re experiencing engine knocking, that sound will usually be replaced by a repetitive tapping and/or pinging sound that just won’t go away. It might get worse when you step on the gas and drive your car, or it might stay the same regardless of whether you’re sitting in your car at a red light or driving it down the highway.

Why Is My Engine Knocking?

As we’re going to discuss in a few moments, there are lots of common causes of engine knocking. But more often than not, there is one main reason why you’ll experience engine knocking. It has everything to do with the way in which the fuel in your car is igniting when your car is turned on.

If your car’s engine is knocking, it’s usually because the fuel in your car is igniting in the cylinder in your engine ahead of schedule. When this happens, it causes a piston in your engine to misfire since the timing of everything is all thrown off. The piston then sends a backward thrust to your engine’s crankshaft that pushes back against the natural momentum of your engine. This results in the knocking sound that you hear when you have an engine knock.

What Are the Most Common Causes of Engine Knocking?

At this point, you have a good idea of why your car’s engine is knocking. But do you know what may have caused the knocking to start in the first place? If you don’t, you’re going to have a difficult time finding out how to fix engine knocking. You need to get to the root of the problem to make the necessary repairs to get engine knocking to go away.

Here are some of the most common causes of engine knocking:

Before you can even think about how to fix engine knocking, you need to track down the source of the problem. One of these common causes will most likely be the culprit.

How to Fix Engine Knocking Once and For All

If you recently heard engine knocking coming from underneath the hood of your car, you shouldn’t waste any time when it comes to springing into action. The sooner you can figure out how to fix engine knocking, the better!

Fortunately, there are some fairly simple steps you can take to prevent engine knocking from taking a toll on your car. Some of the ways in which you can fix engine knocking include:

Doing something as simple as changing your oil on a more regular basis might also work wonders for your car and prevent engine knock. If your engine isn’t lubricated properly, it can throw off the timing of many of your engine’s parts and cause complications.

Who Should I Trust to Fix Engine Knocking?

There are some ways in which you try to fix engine knocking on your own without the help of a mechanic. As we talked about a few seconds ago, changing the fuel that you put into your car is an easy step that you can take to eliminate engine knocking.

But if you try your best to stop engine knocking and can’t seem to figure out how to fix engine knocking, it’ll be time to bring in a professional to take a look at your car. They’ll be able to inspect your engine and find out what the problem is. They might be able to make a small adjustment that goes a long way as far as fixing your engine knocking is concerned, or they might recommend more advanced repairs that will require their expertise.

How Much Does It Cost to Fix Engine Knocking?

Engine knocking tends to send shivers up and down people’s spines. And can you blame them? It’s just about never a good sign when you hear your engine making strange sounds! It’s usually a sign that your engine is going to require expensive repairs that you might not be able to afford.

But that isn’t always the case. As we touched on, there are instances in which replacing the spark plugs in a car can fix engine knocking. That will only cost you a couple hundred dollars in most cases, and it won’t require you to give up your car for very long.

But if you allow your engine knock to stick around for too long, it could develop into a much bigger repair job. You could find yourself with worn-out engine bearings on your hands before too long, which could be a repair job that’ll cost you a couple thousand dollars, if not more.

Is Fixing Engine Knocking Always Worth It?

If you learn how to fix engine knocking as soon as you notice it and find that you only have a minor problem that is causing your engine knock, making repairs to your car shouldn’t be too expensive. You should go ahead and try to fix the problem so that you can continue to drive your car around without any further issues.

But if you find that your engine knocking is being caused by a bigger issue that’s going to cost a small fortune to fix, making repairs is probably going to be out of the question. This is going to be especially true if you have an older car that isn’t worth very much money. You don’t want to sink a bunch of cash into a car with an engine that knocks since it could be a sign that other problems are going to start to creep up before long.

What If I Don’t Want to Fix Engine Knocking?

If you decide that it doesn’t make financial sense to pay to have engine knocking fixed, you shouldn’t even bother trying to learn how to fix engine knocking. But at the same time, you also shouldn’t keep driving your car around for an extended period of time and act like the issue doesn’t exist. You’re eventually going to cause major issues with your car that will prevent you from being able to drive it.

Instead, you should try to unload a car with an engine knock and let someone else deal with it. Even though your car is experiencing engine knocking, you should still be able to find someone who will pay you good money for it. Selling it to them will be a much better option than driving it into the ground.

Who Will Buy a Car With Engine Knock?

To do it, get in touch with the junk car buyers at Cash Cars Buyer and let them know that you would like them to make you an offer. We have an online tool that makes it so easy to sell a car with engine knocking. We also buy cars with a wide range of other issues from those who don’t want them anymore. Your car could be worth a lot of money despite the problems that you have with it.

Contact Cash Cars Buyer today for more information on selling a car with engine knocking to us. You’ll be surprised by how easy it is to sell a car and put some extra cash right into your pocket.