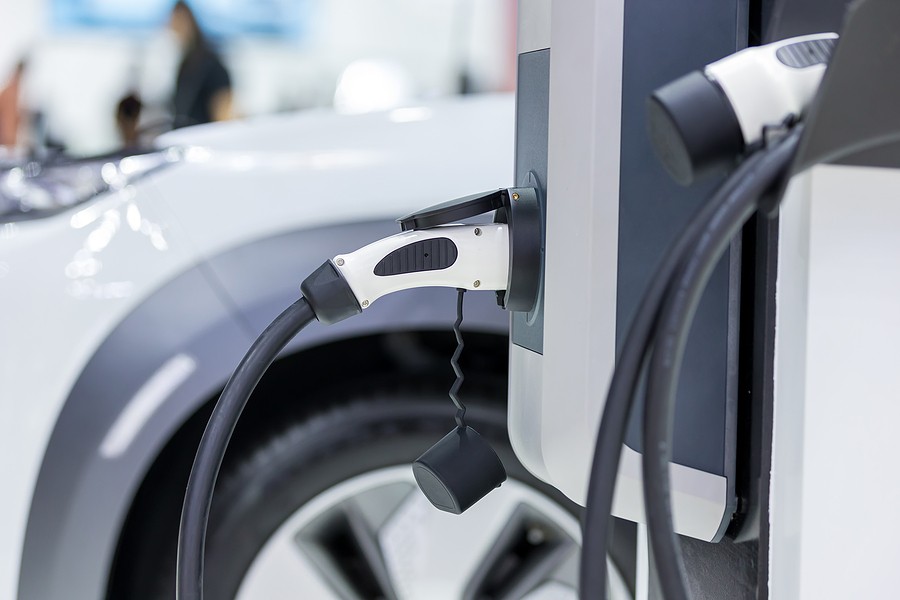 If you want to learn “how to charge a car battery?” here is all you need to do:

There are many instances where your vehicle's battery runs out of charge. When that happens, you got to recharge the battery to get the vehicle moving. Otherwise, you'll have difficulty starting and other undesirable outcomes.

Charging the car's battery is not a simple process. While it sounds like charging your smartphone, the process takes a couple of pre and post steps that you need to implement to prevent dealing with risky situations like electrical shocks.

However, by following a certain procedure, you should be good to charge the battery without causing any issue to yourself or to the vehicle itself.

This article provides you with a step-by-step procedure on how to charge a car battery. It highlights the main things to keep in mind while charging the battery. It also refers to some mistakes that people might make, making the battery constant, if not their lives.

How to charge a car battery?

When your battery runs out of charge, you don't necessarily need to consult a professional mechanic and pay for their high hourly rate. Instead, you can charge the battery yourself by following these simple steps:

Before we dive into the details about how to charge a car battery, you need to familiarize yourself with your vehicle’s specific battery. Some batteries require certain preparation where you must take it out of a certain compartment.

Therefore, we advise that you check with your vehicle's owner’s manual or take a look at the battery itself and see if it's connected in a certain way that prevents you from charging it while sitting in place.

By looking into the manual, you will not only get information about where the battery is located and how it's connected, but you might also get some idea about how to charge the value successfully without causing any damages.

One of the very common mistakes some people make when charging their battery is leaving the electronics turned on. If that happens, they experience what's known as the electrical arc, which could harm the electric components, especially if you're driving a modern vehicle.

Therefore, after familiarizing yourself with your vehicle's battery and getting it ready, you need to make sure that all electronics and every single accessory is turned off. Next, check by looking at your vehicle's dashboard and see whether the stereo or the lights or anything else is turned on or not.

While we indicated that charging your car's battery is not a very complicated process, this step is the most sense once you follow certain steps. It requires a lot of caution to prevent dealing with electric shocks.

When dealing with batteries, whether to charge them or repair them, you need to know that the terminals need to be connected and disconnected in a certain way. In general, you don't want to leave the negative terminal connected to the battery by itself at any point for any reason.

Therefore, when you want to disconnect the battery cables, you must start with the negative cable. This way, you'll end up with the positive cable connected to the verify itself, which is an OK situation.

Once you disconnect the cables, take a closer look at the terminals and make sure there are no rust or corrosion signs. It's not rare to deal with rust and corrosion build-up around the different battery terminals, impacting the battery's overall performance.

Having too much rust and corrosion on the terminals can block the electric charge and makes the battery disconnect intermittently.

Keep in mind that there is a certain point where the rust could be too much to the point that you can't clean it up. At that point, you must replace the terminals instead of spending time and effort getting them cleaned.

Replacement costs of battery terminals differ significantly depending on your vehicle may, model, and here. Therefore, we advise that you research the rough range of prices for your vehicle type and be patient to find the best deal unless you are in a rush.

Once you are ready and the terminals are cleaned up or replaced, the next step is to hook the battery charger and get the charge going.

If you haven't charged the battery before, you need to know that every charger might have certain instructions that you need to review in detail before hooking it to the battery. Here are some tips and tricks to keep in mind when charging the battery with an external charger:

Once the charge is complete, you must turn off the charger before disconnecting any of the cables.

After the charger is turned off, go ahead and disconnect the negative cable first and then deposited one parent with dad, you should be good to go, and your battery is completely charged.

Put the battery back

If you remove the battery out of a certain compartment, it is time to put it back and secure it with any specified bolts according to the specifications in your vehicle's owner manual.

How long does it take to charge a dead battery?

Charging a dead battery might take between four hours and 24 hours. However, this time frame depends heavily on your vehicle's make, model, year, and the power of the charger itself. It also depends on the size of the battery.

To get a better idea about how long exactly your battery needs to charge, we advise that you go through your vehicle's owner’s manual that should have some accurate information. It might also be a good idea to search online for the similar vehicle make, model, and year because someone else might have asked the same question, and there should be some videos or posts highlighting some details.

Can you leave a car battery charger on overnight?

Does revving the engine charge the battery?

Yes, removing the engine is a great idea to fast in the battery charge. When you Rev the engine, the alternator moves faster and produces additional energy needed to get the battery to the full charge in a shorter time frame. However, it is also recommended that you make sure that all electronic components are turned off, so the electric current is not depleted using these components.

How can I tell if my car battery is fully charged?

However, if you don't have a multimeter, one other easy way would be to turn on and off the headlights and any of the electrical components. Keep in mind that some of the electrical components might turn on even if the battery is not fully charged. However, you'll notice that the headlights, for example, are dimmer, and things are not performing as they should. Thus, the best way to get an accurate idea about whether your car is fully charged or not is by using a multimeter.

What happens if you leave a car battery charger on too long?

Overcharging the battery is a bad idea because the battery might die at some point of overcharging. This is because having too much charge results in situations referred to as excessive gassing.

During excessive gassing, a lot of oxygen and hydrogen is generated, causing problems without battery seals and resulting in battery bursts. Therefore, we always recommend monitoring how long you keep the charger on and understand how much charge is supplied during that time frame.

At what speed does a car battery charge?

If you don't want to go through the headache of connecting a charger to your car battery, you can still get your vehicle charged by the engine itself.

What you can do is you can drive your vehicle for about 10 miles at a certain speed ranging from 30 to 40 mph. At that point, if you spend about 30 minutes at the same speed, your battery should be fully charged.

That's why automotive experts recommend driving the vehicle frequently and never leaving the car sitting for extended timeframes to prevent depleting the car battery and needing a battery charge. However, if you must leave the car sitting for a long time because of a vacation or something else, you recommend using a trickle charger, which maintains the car battery even if the engine is not running.

Learning how to charge a battery is an essential skill that could get you out of inconvenient situations without needing a professional mechanic.

While the process might sound straightforward, charging a car battery requires following a certain procedure to prevent electrical shocks and other dangerous situations. In general, you start with preparing the battery, turning off electronic components, disconnecting; then I got up and then the positive cables, cleaning the battery terminals, connecting the charger, turning off the charger, and disconnecting the cables the negative and then the positive one.

If you realize that your battery needs to change frequently, it might indicate that the battery is approaching the end of its lifetime. Replacing a car battery is not a cheap process. If you know that there are other mechanical problems in your vehicle, it might make sense to sell this car to Cash Cars Buyer and use the money towards a better vehicle that does not need any repairs.