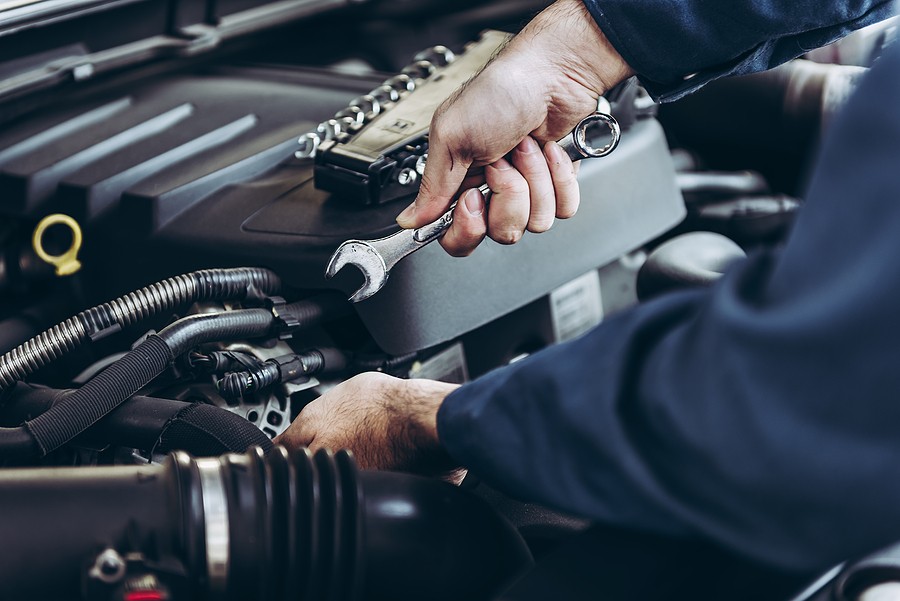 If you're experiencing problems with your car’s AC you may be tempted to buy a can of coolant, also called refrigerant, and what a lot of people refer to as Freon, and top up the system on your own. You can buy cans almost anywhere that sells car accessories, even at Walmart, and get a kit that includes a pressure gauge so you can add the chemicals into your AC and get it working again. But it’s not without its problems.

Refrigerant is very dangerous. You don’t want to get it on your skin or breathe it in, nor do you want to release it into the environment. For that reason, it needs to be contained at all times. This makes for a problem when something goes wrong. In particular, if you overcharge your AC, you have a serious issue. Like toothpaste, you can’t force the refrigerant back in once it has come out. That means, if your system is overcharged, you need to find a way to safely bleed off the extra refrigerant. While that may sound easy, it is not as simple as all that.

If you have an overcharged AC in your car, we can tell you just what you need to know to get it bled off, and also what can happen if you don’t and why you need to be cautious when dealing with these chemicals.

What is the Difference Between Refrigerant and Freon?

If you Google anything relating to charging or bleeding your car’s AC, you’re going to come across something about Freon. Freon was known as R12 refrigerant and was widely used for many years in the early days of car air conditioning. However, Freon is also a significant greenhouse gas that causes extreme damage to the ozone layer. For that reason, in 1987 the Montreal Protocol banned the use of Freon and other chlorofluorocarbon gases. It was required to be completely out of vehicles by the 1994 model year. If you have a car that was made before that you may have to replace the air conditioning system inside your vehicle because it is illegal to actually use Freon in a car anymore.

Freon was replaced by something called tetrafluoroethane, more easily referred to as R134a. People continue to call R134a Freon, but it's not the same chemical. It's also not safe to use R134A in a Freon system. That's because the molecules of R134a are smaller than Freon and can more easily leak out of the system.

Even though R134a coolant is much less damaging to the ozone layer than Freon, it's still not safe to play around with. It's used because it's safer for the environment however inhaling it can still cause serious health effects. That includes central nervous system depression, lethargy, and an anesthetic effect. It could also lead to cardiac irregularities and death. So, you definitely don't want to be any more exposed to this than necessary.

Knowing that the refrigerant in your vehicle can be dangerous, it's good to know then how to tell if there's too much in your system which will need to be bled off.

How Do You Know If Your AC is Overcharged?

Since your air conditioning is a closed  system there isn't an easy way to tell if you have too much refrigerant. However, it's important to get that extra refrigerant out if you want it to work efficiently. Because this is a compressed gas that we're dealing with it can't work properly if the system is overcharged. The refrigerant in your air conditioning works by expanding and condensing the gases to create a cooling effect. This change of state is what creates the cool that you're looking for. However, if your system is overcharged there's not enough room in the system for your refrigerant to expand into a gas form. That means it won't be able to drop temperature properly and that means you won't have the proper cooling in your vehicle.

There are a handful of signs you can be on the lookout for to let you know that your AC is very likely overcharged and that something will need to be done about it.

No Cooling:  The most obvious sign that there's a problem with your air conditioner is that it's not doing its job. If you turn on your AC and no cool air comes out even after 5 or 10 minutes, then it may be a clear sign that you have a problem with your refrigerant being overcharged. Because the refrigerant can’t expand in the system it simply runs in a cycle and doesn't change state. If you have refilled your AC recently and now it's not cooling at all, there's a very good possibility this is what happened. If the air blowing out of your AC stays at the same ambient temperature as the air around you, or even worse search blowing hot, you may need to have your coolant bled.

High Pressure Reading:  When you refill your air conditioning system for the first time, part of the kit that you need to do this includes an air pressure gauge on it. This is the clearest and first line of defense you have against overcharging your AC. The pressure gauge should let you know right away if you have a problem with the system and have filled it too far. But if you have an overcharged AC the pressure is going to read high and you're also going to get high temperatures as well. The compressor in your AC will not be able to force through the amount of refrigerant that you put in which will in turn cause the temperature to go up.

You need to make sure you're paying close attention to that pressure gauge if you're refilling the AC on your own. If you had it done by a professional, then you will of course hope that they were also paying attention to it, but mistakes do happen.

Poor Engine Performance:  Your AC requires a good deal of power to run under normal circumstances. When your AC has been overcharged this becomes a much bigger problem. The refrigerant in your system travels through a very small nozzle so if it's not able to expand into a gas, you're forcing the liquid through this tiny nozzle which in turn causes the compressor to work harder. The compressor is powered by a drive belt that's attached to your engine. This can cause the drive belts to wear out and start screeching, and it can also start drawing excess power from your engine which has to struggle to keep up with everything else that it has to do as well. In the end this could end up causing your engine to perform poorly by giving you less power than you're used to, poor acceleration, and even bad fuel economy anytime you start running your air conditioning.

Lack of Air:  In some vehicles a problem with your refrigerant being overcharged will cause your AC to shut down completely. This isn't true of every model, but for some of them when you turn on the AC nothing will happen at all. This is actually a safety precaution because, when the AC sensors are able to detect an incorrect pressure in the lines, they will shut down the entire air conditioning unit in order to prevent further damage.

Broken Compressor:  This is the next step after the noises from your compressor start happening. If the system stays overcharged for too long, the compressor will struggle for as long as it can to get the high-pressure refrigerant flowing but it will be unable to do so. Eventually things like seals and valves will start to fail and the compressor will die completely. At that point when you turn on your AC nothing will happen at all because it's no longer working. Replacing the AC in your car can end up being very expensive, costing you anywhere from about $350 to $1,000.  You definitely want to avoid that if at all possible.

How to Fix an Overcharged Car AC

Now that you know the signs and symptoms of having an overcharged AC, and also the dangers of dealing with the refrigerant in your system, the question is how exactly do you get rid of that excess refrigerant in the system to allow your AC to work properly again. As we said, this is not as simple as it seems.

If you have too much motor oil in your car, it's easy enough to drain some out to get it to work again properly. However, it's not actually legal to do something like that with the refrigerant in your car. Although you can legally refill your AC and doing so requires the use of proper safety equipment like gloves and eye protection, it's a potentially dangerous job. In fact, we would recommend that you let a professional handle this job rather than doing it yourself. That's not to say you can't do it yourself, it's just safer to allow a professional to do it. Of course, it's going to cost more, but it will also reduce the risk significantly. That's just for filling your system with refrigerant.

In terms of actually removing refrigerant from an overcharged car air conditioning system this is 100% a job that you need to have a professional do. You cannot do this on your own at home nor should you try to do this at home on your own. And there are several reasons why this is so.

Refrigerant needs to be stored safely and securely. When you buy refrigerant it's in a sealed and pressurized can. Removing coolant requires it to also be sealed in a safe, pressurized storage container. This is literally impossible for you to do at home with any kind of tools that you're going to have in your garage.

Discharging an air conditioning system in a car is something that actually requires legal certification in most regions. Even your neighbourhood mechanic may not be able to legally do this, because you have to have the right equipment and the right training to get it done.

How a Licensed Mechanic Discharges an Overcharged Car AC

When you take your vehicle to someone who is legally able to actually bleed your overcharged AC, they use a machine that creates an airtight seal and will vacuum the excess refrigerant out of your system. From start to finish this entire process is secure and enclosed so that no refrigerant is able to leak out. The refrigerant in your system is a compressed gas that is held in liquid form. If it's allowed to escape not only will you have to deal with the health concerns that we mentioned earlier, it can also cause serious physical harm and pollution as well. It's dangerous on several levels so it needs to be securely contained at all times.

The cost of getting your AC bled by a professional is going to be between $150 and $250. This of course depends on where you take it to get done, and also the make and model of your vehicle.

Realizing that your car's AC is overcharged is very frustrating and can obviously cause some serious problems with your vehicle. If you live in a hot climate you absolutely want to have access to that air conditioner when you need it. Just remember, there is no real safe way to get this job done on your own at home. As many potential car repairs as you can do on your own if you have the time and the determination, this is one that we do not recommend even attempting on your own. Take your car to a professional and have them do it safely and securely for you.