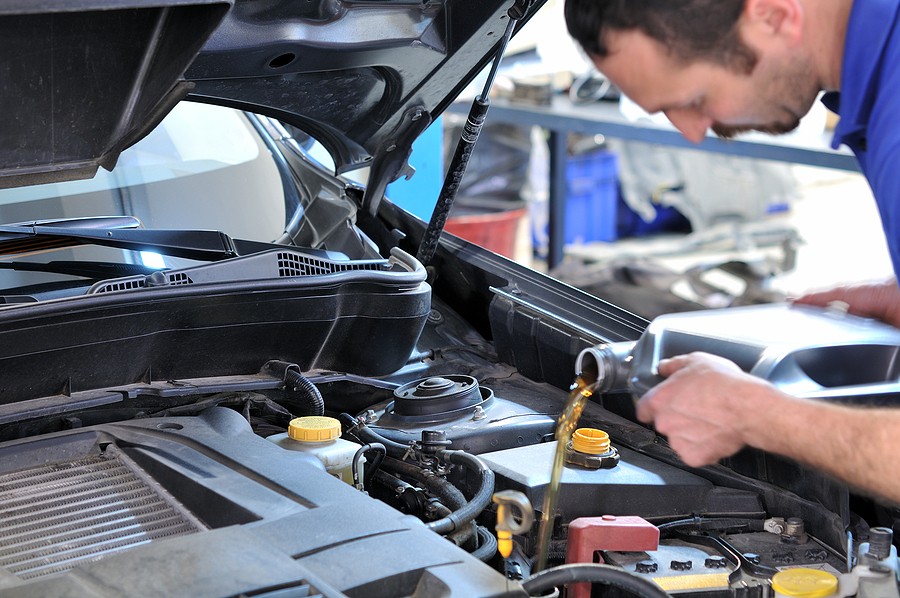 It’s a tough question: How often does the oil have to be changed when the car will not be driven for an extended period of time? The answer may surprise you: the typical lifespan of unused motor vehicle oil is about five years.  You shouldn’t depend on the oil in the car after six months, though.

That initial five-year estimate depends on a lot of factors – and it may as well refer to oil that isn’t actually in the car but that is in the container in which it was stored having been produced.

Whether the oil currently sitting in a stored car could make it six months is debatable and depends on different circumstances.

The world of cars, motor oil, junkyards, tow trucks, and other automobile-related discussions is a confusing one.  To avoid getting mixed up, the best bet is to find a reliable mechanic, a reputable tow truck company, a junkyard that pays cash for old cars, and a good blog with tips for car owners.

Motor vehicle oil is tricky business all around.  When trying to figure out how often to change the oil when car isn’t being driven a lot requires some homework.  There are many items to be considered.

If you’re at the point where you are reading everything you can find on how often to change the oil on a car that won’t be driven for a long time, perhaps because you’re storing it for a few months (or years), you may have other questions that pop up in the process:

There is certainly a lot to learn about motor oil if you have a car that won’t be driven for a while and you’re wondering how often that oil should be changed in this unique situation.

Does Motor Oil Go Bad If the Car Isn’t Driven for a Long Time?

If you were decent at high school science, you may have noticed a theme that will help you better understand that answer to the question, “How often do I change the car’s oil when the car isn’t driven?”

Almost everything in the universe is set for degradation.  Everything falls apart.  It’s called entropy.

In other words, everything dies, has a half-life, or is set not to work after a certain amount of time. This is based on scientific laws related to biology, physics, and chemistry.

Even oil that never makes it into a car engine has an expiration date, about five years.  The oil doesn’t come out of the ground the same it looks when it comes to the auto parts store or garage in that branded plastic container.

Processed motor oil, synthetic or organic, has a shelf life.  How can this be?

Oil is a liquid that reacts to temperature and light (and pressure).  The composition of the chemical changes over time due to temperature, light, and pressure exposure, and due to entropy.  Additives can shorten or lengthen this life, but the oil simply doesn’t last forever.

In the car engine, then, it is clear the motor oil would also go bad – and perhaps faster!

In other words, a drive might wonder if the oil sitting in the engine can go bad or expire.  The answer is clear – six months is generally okay if the oil was in good shape at the time of storage.  A year is too long.

Finding specific answers on this question is challenging, but the general consensus among many mechanics and car enthusiasts points to this general advice:  get regular oil changes when the car is in operation.

When storing the car, they believe, one should not push it past a year.  Many would not feel comfortable letting oil sit in an unused car for more than six months.

How Many Miles Can I Drive Past the Oil Mileage or Date Expiration?

If you’re researching how often to change the oil on a car that won’t be driven, you may also be curious as to how many miles one can push the motor oil.

Many companies that do oil changes are only in it for the money!  No, they are in it for customer service and safety, too.  However, a sales strategy is part of the company mission, so the little stickers they adhere to the windshields may be an aggressive oil change agenda.

However, you should track the milage and time when dealing with car oil.

Today’s engines are different than they were a few generations ago.  They can go with less frequent oil changes.  Some cars even track the miles between changes for you.

Most oils today are synthetic or synthetic blend.  Oil comes in a few different “flavors,” so to speak.  Check your owner’s manual or ask a mechanic what oil you should be using in your car.

The general rule of thumb is that oil should be changed every 3,000 miles.  This is what the oil change garages tell drivers, too.

New cars, on the other hand, might be able to be changed at 5,000 to 7,000 miles – for some low-mileage commuters, this could be an annual occurrence!

If your car is sitting, though, you need to rethink your oil change schedule.  Don’t depend on oil that’s been sitting for longer than six months.  It’s the moisture and other changes in the oil that could damage the engine after that point.

How Often Do I Need to Change My Car Oil if not Driven for Twelve Months?

If you’re asking how often to change the oil when your car won’t be driven for a whole year, the answer may surprise you.

If you want to abandon your car in your friend’s garage for a year while you go backpacking through Europe, there’s something you should know – it won’t be the same old car when you return.

Cars in store require special care.  As motorized machines, they aren’t designed to sit unused for an extended period of time.

One “hack” to help with storage is to look at the time-based expiration dates on products listed in the owner’s manual or on the containers of the liquids.  For example, if something says it can be used for six years or 80,000 miles, then go with the years, not the time.

The mechanics agree that normally, oil changes must be completed once a year.  Bad oil doesn’t lubricate oil parts correctly, and that could cause damage down the road.

Other aspects of the car, beyond the oil, must be considered: tire rotations, air pressure in the tires, transmission fluids, engine coolants, and even windshield washing fluid.

You have to check the brake fluid, hoses, filters, and bets, too.  In fact, your best bet when planning to choose to store a car is to talk to a mechanic who can prepare the car for storage on your behalf.

If the car will be better off in the junkyard, you could avoid a real headache by choosing that over storing it.  You can even get paid for the old junk car! It’s another option worth considering.

For those who won’t be driving a car for some time, the car can be stored.  It should be stored, though, in a weatherproof environment.  Don’t expect a pretty car if you leave it out on the street for six to twelve months.  Vandals, squirrels, birds, and mother nature are just waiting to take their toll on the car.

If you can’t find an indoor storage facility, or use your brother’s garage, then you can buy a car cover that will get the job done.  Canvass is recommended because air can circulate in such a way that water damage won’t be a major concern.  Weatherproof tarps actually trap moisture, leading to rust.

Short-term storage is no big deal if you’ll be letting the car sit for a few weeks.  You should clean the car inside and out.  Leave a full tank of gas behind.  Don’t be afraid to pump up those tires a little before storage as some air will be lost.

If you’re going to be longer, like 90 days or more, you can consider waxing the car.  Get an oil change before putting that car into storage.  Don’t leave the parking brake on for weeks on end – it could get stuck that way.  Store the battery in a dry space, too.

One note: some people store the battery with it plugged into a special charger that prevents total power failure.

Did you know you should remove the tires while you’re at it?  The car is heavy, and sitting on those tires could make them flat in the area where they contact the ground.

For the long haul, there are other points to consider…

What’s better than storage? Finding somebody who can take your car for a spin for you at least once a week.

If you can get somebody to use your car for their weekly trip the grocery store, you don’t have to worry so much about preparing it for storage.  Regular oil changes and maintenance will be just fine.

Then again, some cars shouldn’t be stored.  If the car is old and not worth the money and time of preserving it for long-term storage, you can always tow it off to a local junkyard.  Many companies pay cash for money for old, used cars.

What happens if I Drive a Car with Old Oil that needs to be Changed Often?

Oil needs to be changed more regularly if the car is under certain stress; this would affect how often to change the car oil when (not) driven.

If your car falls into these categories, you should be more assertive in how often you change the car oil.

The age-old question that keeps mechanics up late at night: how often to change the oil in a car when not driven…

No more nightmares!  The facts are clear.

It is better to have a friend or family member drive your car every week than it is to prepare the car for long-term storage.

Oil sitting in the engine of an unused car is most likely okay for six months.  After that, it isn’t.

If the car is too old for this debate, it might be time to send it to the junkyard.

In the end, oil, oil changes, and car storage are certainly complicated topics.  If you are looking for definitive answers, your best bet is to refer to the car’s owner manual and follow all factory specifications.